It is a pleasure for Black Eye Games to announce that the long-awaited Gloria Victis combat update is finally live! Watch the latest Combat Trailer and read more!

The Combat Update is Live!

It is a pleasure for Black Eye Games to announce that the long-awaited Gloria Victis combat update is finally live! Introducing brand new motion-captured animations, reworked controller and new synchronization system. The update brings the entire gameplay to a new level, enhancing immersion and focus on the player’s own skill, adding a lot to the idea of the skill-based PVP. So, what is the combat update about? 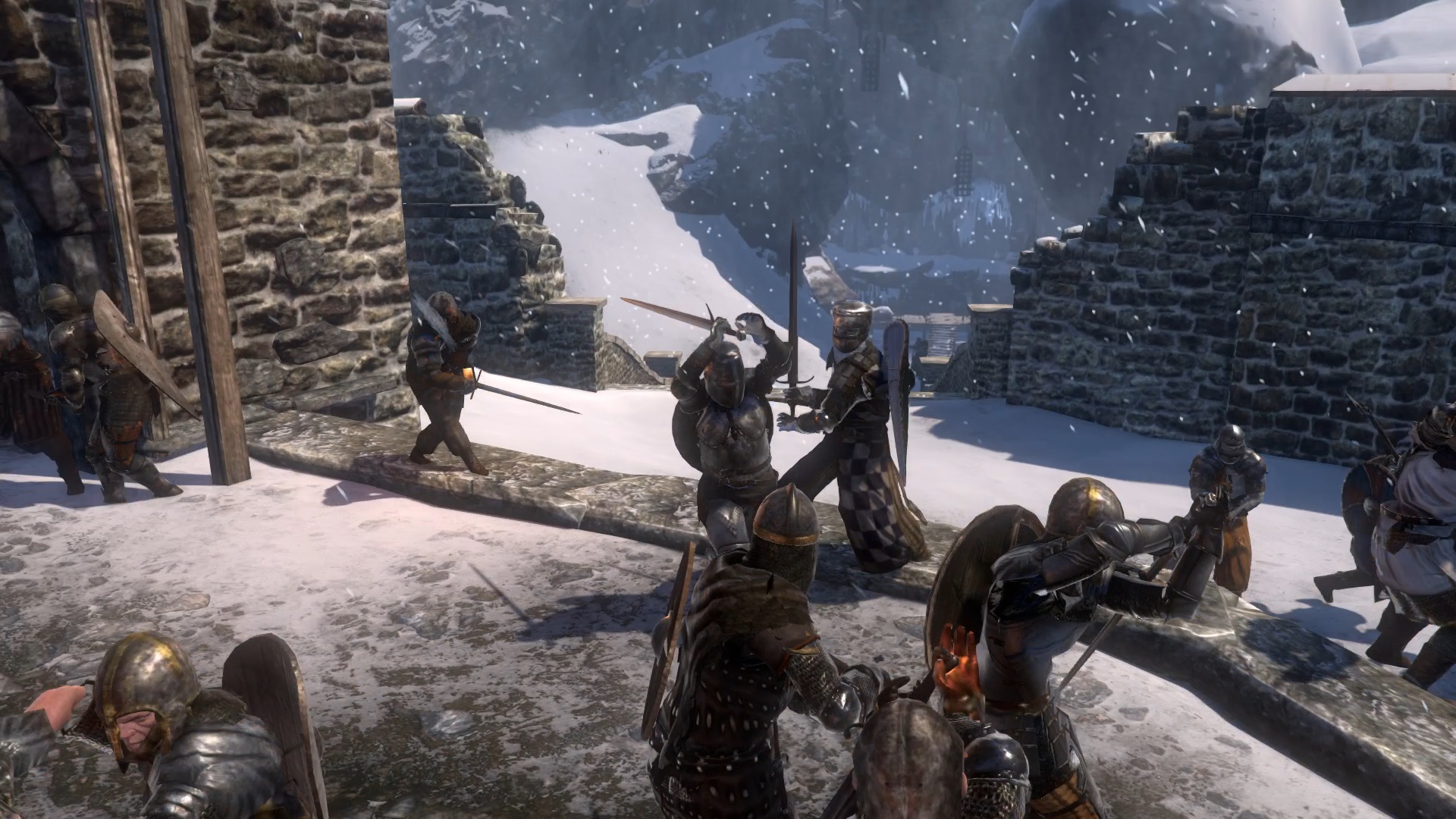 First things first: the combat update was a massive, time consuming task, since it required significant changes to be done to various interdependent systems. Overall, the combat overhaul can be divided into 3 main sections:

Thanks to Jakub Kisiel, known from working on acclaimed games such as The Witcher 3 and Gears of War, we have been able to introduce awesome new motion-captured animations. To support the unique experience of the medieval world, being one of Gloria Victis’ fundamental features, the animations have been designed upon the medieval swordplay manuscripts. Also, new animations allow you to get into the role of an armored warrior much easier, as each move and action taken by a player has been given realistic weight.

The new controller gives the server much more authority over the player’s movement and taken actions. This was a massive change which took a lot of time to get implemented, though it was crucial to make sure the combat works great and plays great. In effect the players’ synchronization has greatly improved, redefining entire combat experience and supporting the player’s own skills even more – which was crucial to fully exploit the potential of the Gloria Victis non-target combat.

Introduction of the new animations and controller allowed us to expand the combat mechanics, such as blocking. Blocks have been divided into three zones – from now on you will have to aim at our opponent’s attack to block it. The new blocking system not only does take duels and group encounters to a completely new level of skill-based combat – especially during the longswords fights – but also still remains accessible and enjoyable even under latency typical for MMORPGs.

Also, from now on you can perform a charge-attack to reach an evading enemy. Although it will stagger your opponent, giving you time to engage them into combat, this action still has to be aimed, timed and performed manually by a player. You can also place a shield on your back. Such additional protection will block strikes and arrows aimed to your back, so the attacker would need to either aim at your head or leg or move to a better position and attack your front. 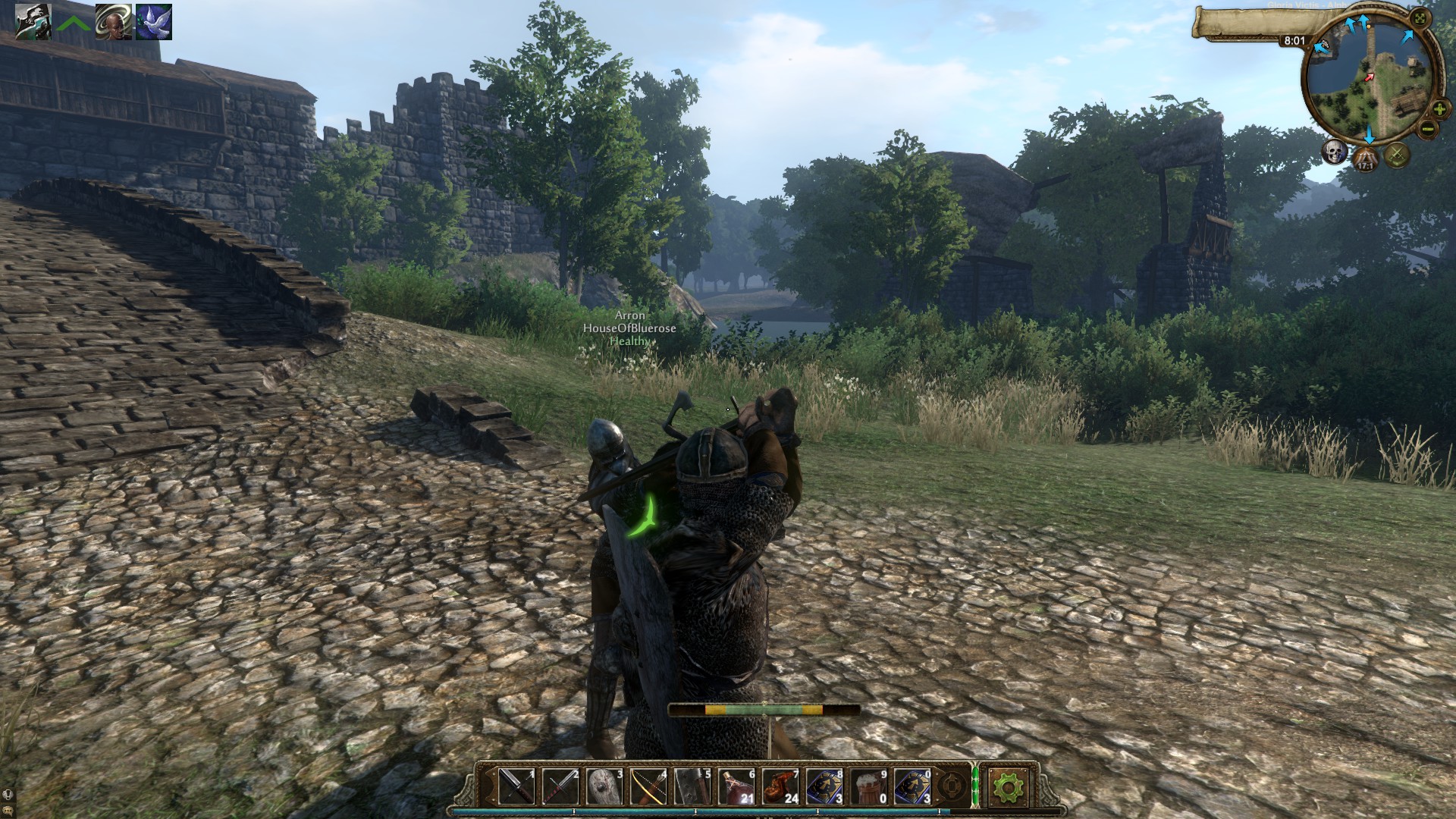 What are we working on?

Thanks to a massive amount of feedback we received from our Community, we were able to start iterating, polishing and improving the combat system since the very first hours after its launch; and we still keep refining it to make sure that the combat is great and offers an amazing experience of medieval battles. There is no time to slow down though! The upcoming updates will introduce Azebs – the new playable nation which will occupy a new part of the world. While our artists are working hard on new unique equipment which will reflect this nomadic culture, we are polishing the Azebs’ main settlement.

At the same time, we are coming close to introduce the quests system as well. Thanks to quests we will be able to expand available content and improve the way a new player learns the game. Quests will also allow us to enrich the Gloria Victis lore and develop the storyline, therefore adding a new layer to the game itself.

The last but not least: the Steam Summer Sale just started! It’s a perfect opportunity to get the game with your friends and join the conflict together – don’t miss this chance to get Gloria Victis 40% off!

There’s definitely no time to slow down – see you in battle!