The big update is revealed, check the latest news for information and new stuff about Pegasus Chronicles.

Posted by MerlinGalgotta on Sep 6th, 2009

Ok folks, I'm assuming I have to clear-up some things now. Originally we were invited to be part of the big "summer of mods of indies" - feature (https://www.moddb.com/groups/summer-of-mods-indies). As we were not allowed to speak about it or to reveal, that we are part of it, we could only say that "the big update will come". The "big update", we have always talked about, was our contribution to this ModDB feature. We had sent a lot of pictures, videos and other stuff, but now ModDB has simply cut us out of the feature, without any message. I apologise that you have waited weeks for the big update and now it's cancelled...

Nonetheless we have now the possibility to show the stuff of the feature in our way.
As I don't want to simply throw out tons of stuff without any context, we are going to split the content of the feature into several updates.

We start today with a nice new feature of the mod, the tactical mission reports. These screens will become the loading screens of the various tactical missions and tell you, what you have to do and what has happened. 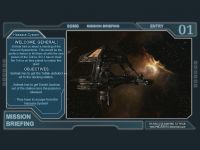 Beyond that, we will deliver a lot of special features with the release. For example the hardpoint layouts of the ships will be published as tech journals, like these. 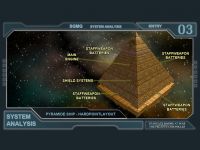 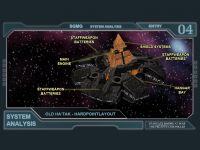 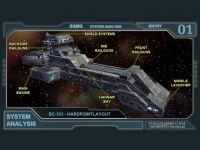 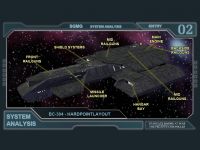 Last but not least for today, we have another special map for you! This time, a map of the capital planet of a very hostile faction. 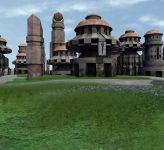 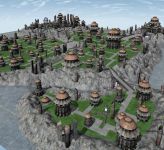 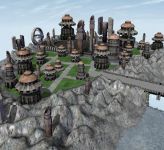 For those, who don't recognize it, it is CELESTIS, home of the Ori! ;). As i said, we will split the content of the feature, so this is it for today.

Have fun with the latest stuff!
See you in some days again!

this is pure awesomeness, thanks dudes

wow why would moddb drop you guys? that just seems stupid

Well, i assume that we didn't fit into the feature. As the other mods only delivered post mortems, we have sent only new stuff about the next mod. But i don't know it, as i said, we didn't get any message...

Very nice work. Looking forward to the next updates!

yeah lol i was about to say same thing as [R3v0]obliterator789.Great job guys keep up the good work.This is going to be EPIC!!!

looking foward to the next update.

seams great!
When will the next update be?

Okej nice!
WIll the Pegasus Chronicles be released this year? :D

Are u serious? :O

Will the units from 1.0 that were removed by the 1.1 update be included in the next update?

Which are these "removed" units??

Like most of the units you buy at supergates and such are no there or missing.

WOW! thats all i have to say

WOW! Looks killer! At this point, how close are we to completion?

You will find them in the release. They are one of the "special features". But we are going to post some more here on MoDB too.

Speaking of which, around what time can we expect the next release?