The time has come to reveal the next big step in the development of Age of the Ring...

Oh boy, have we been hard at work! Working and working, on the next release! Two new factions, War of the Ring, 7 campaign missions, and Black Phillip knows what else! It's gonna be sweet!

Or so we thought. The truth is that there's been something nagging at the collective hivemind of the Age of the Ring team for a while now. The slow-cooking, building realization that we're hard at work reinventing the wheel. In other words, doing things that have already been done. You know, doing pointless things while we could be doing things that... ultimately... I guess... are not... pointless? Somehow? Anyway, let's not follow that thread for too long, alright? We might not like where we end up. Basically: why make a Rivendell faction when others have already done so? Or Rohan? Did you know others have done that one too? This stuff has apparently been going on for years!

And there's more to this crisis! The AotR team, consisting mostly of saps and ninnies, has become anxious and stressed at what appears to be a continued rivalry between our mod and Edain Mod, as perpetrated by the smartest members of each fanbase. How sad! And speaking of sad and pathetic, there are people out there that are seriously actually still debating circles around each other talking about the benefits of free-build versus build plots, and vice versa. So much conflict in such a small community. We just want to solve these problems, so that we can all get along. Because build plots are better.

So, finally, last month, we finally cut the cord and made our Big Decision.

That's right Jay. We've decided to bite the bullet and admit defeat, and retool Age of the Ring to become yet another Edain submod! 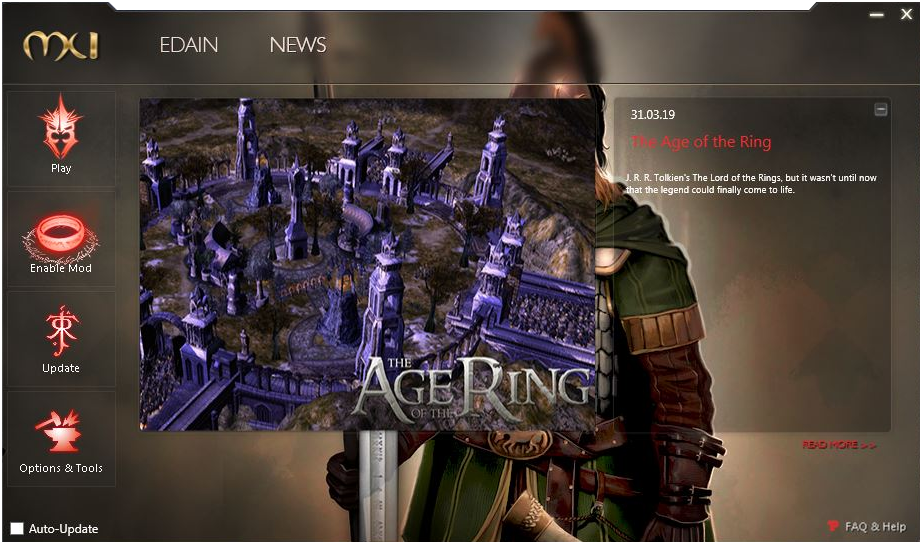 Combining AotR and Edain was no easy task. It wasn't fun, either, or rewarding. But we did it! Of course, this has caused a significant setback on the development of War of the Ring and our campaign. For this we ask your warmest sympathies and understanding. We find the worth of this sacrifice to be self-evident. In case you're not catching on, though, here's some benefits: 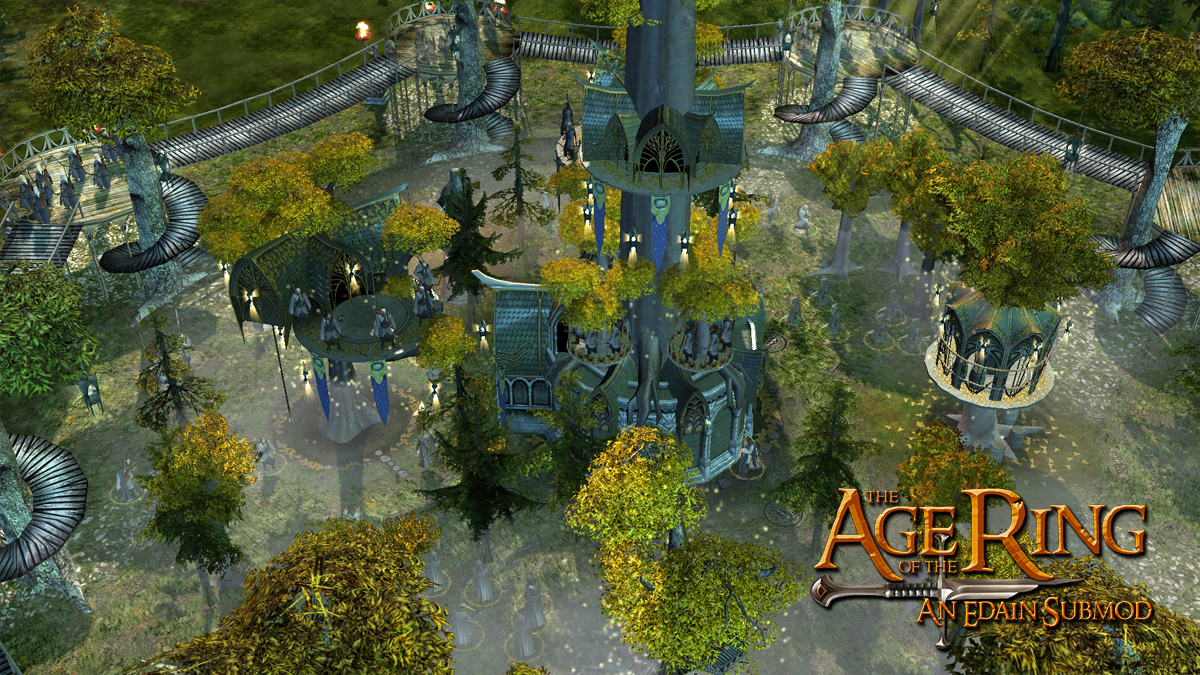 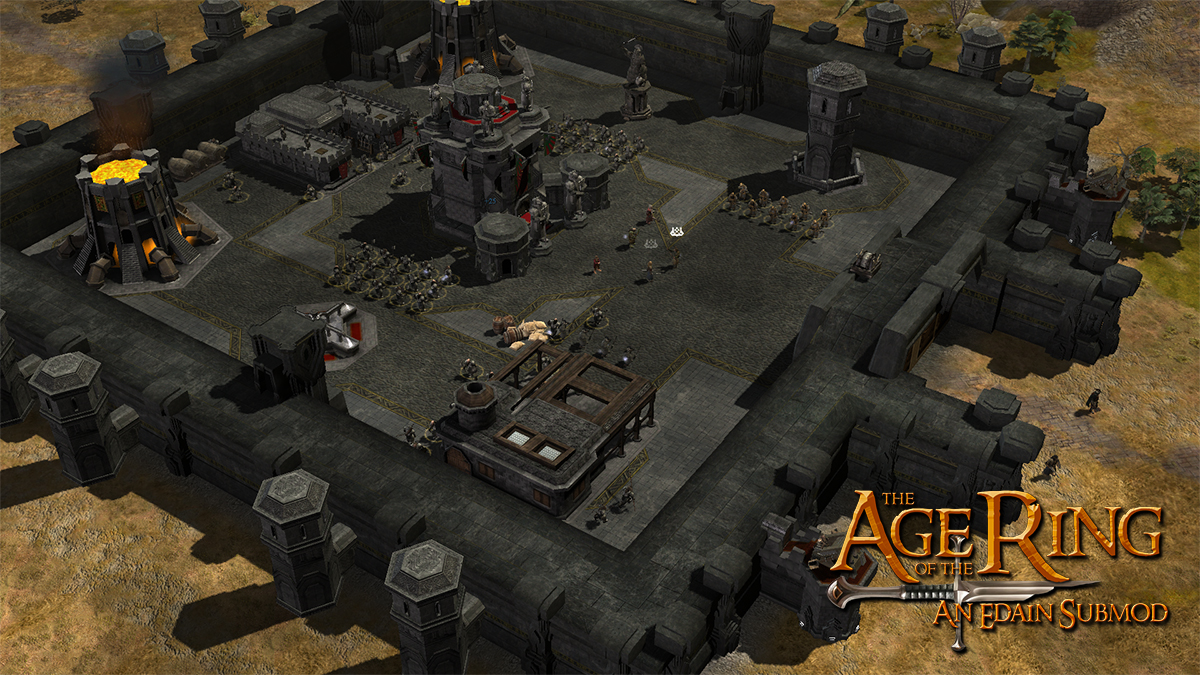 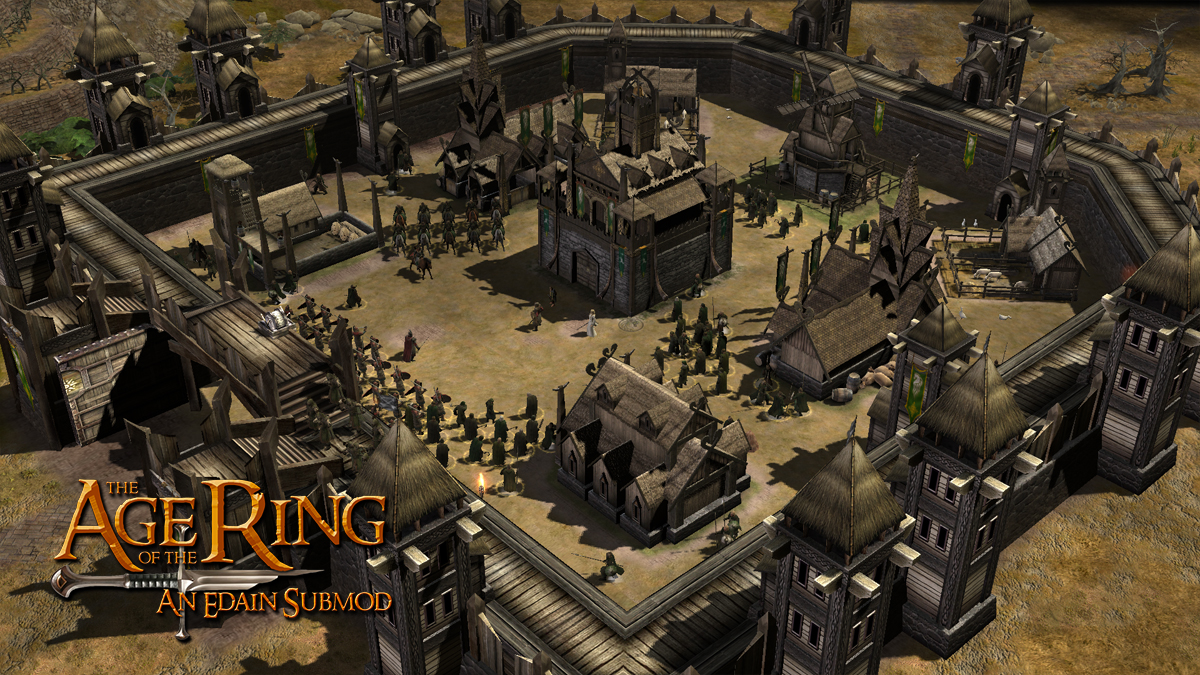 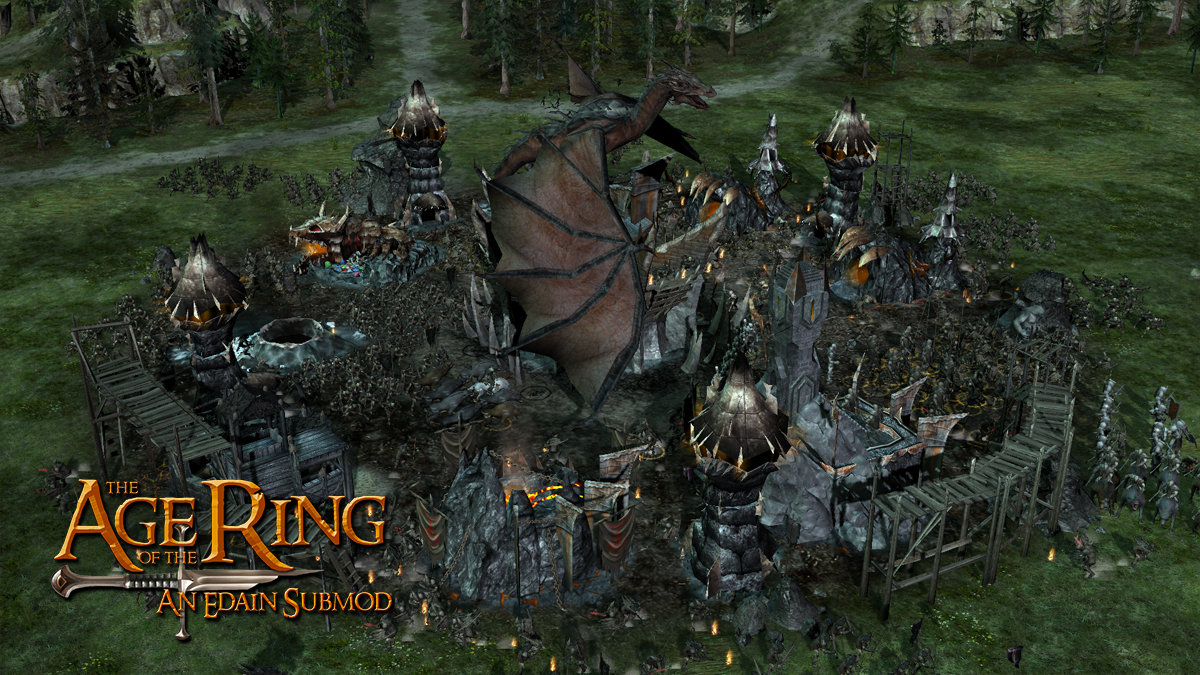 "I have the perfect meme for this!" - RiderOfRohan

In order to decide what other content we'll replace in this submod, we'll be comparing and contrasting each Edain idea with our own. These are two very big mods, so it'll be a real headache trying to decide what to replace and where. To help smooth this process out, we decided to involve you, the community, in helping us out! Starting next week, we will begin polling on conflicting concepts, putting it all to a public vote, and youwill decide how things will eventually play! Finally, a mod designed by the mandate of the majority. If there's one thing art cannot do without, it's democracy, after all. 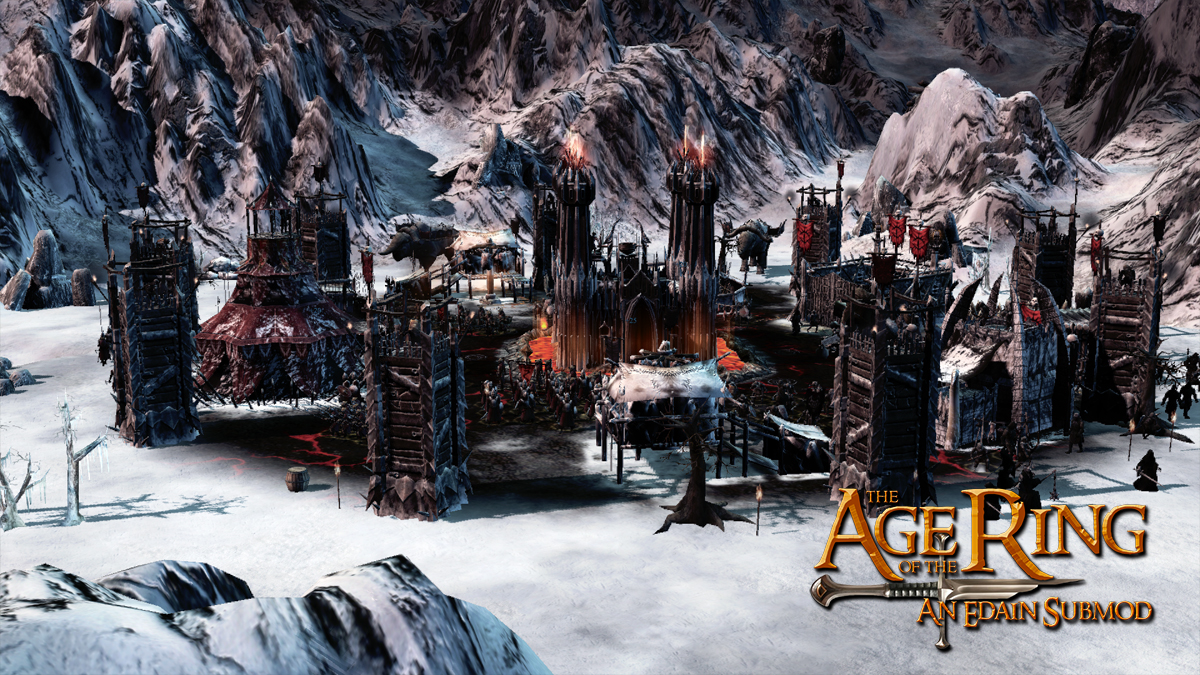 Now we can all enjoy one game and one (sub)mod, and stop yelling at people that happen to have a different opinion! Right? We sure think so. Expect a release within the next 3 years, maybe a little later. Okay bye!

Wow, this is big news! wait... why am I getting the feeling there is something really wrong here, this doesn't feel right.. AotR would never give up without a fight!.. hmm.. "Looking at the calendar" oh no.. this is bad news.. or is it? ( ͡° ͜ʖ ͡°)

All because I married your mother...

While you're at it, why not switch genres? RTS games are so played out, Age of the Ring should be a Roguelike Loot-Shooter with Survival Game Elements. For the OUYA, of course. Really bring Tolkein's world to life!

That's all well and good, but when are you guys adding in a Numenor faction? I really feel you guys are holding yourselves back. You know what, maybe you should just turn this into a Skyrim mod instead.

Best of both worlds, awesome news

I have the prefect meme for this!

About damn time.
(next 3 years from now)

You made me laugh xD you are the bests guys!

It is a shame, but neither your mod or Edain can be played..

Actually, i have the CD and armies still die five sec after the game has started.

If you have the original disks then this guide will be perfect for you. Forums.revora.net

Just like last year you had me for a while there. I got about half way through before I realised the truth.

I legitimately had a horrible sinking feeling at first, you cruel buggers. Build plots *shivers*.

The current Age of the Ring version has a taste of buildplots in it's fortress maps like the Kingdom of Erebor, Ironfoot's Halls and Thorin's Halls. Moddb.com

I think that is a good compromise. Some maps/settings, like Erebor, lend themselves to the buildplot system.

The no-mirkwood benefit is awesome, can't wait to install it

I almost fell for it.


Then I looked at the calendar. Although a better joke would be to have everyone believe its a joke while its actually true (x

You will need both BfME 2 and RotWK. And if you decide to purchase the games make sure to update and fix issues related to Windows 10. You can check out this guide. Forums.revora.net

One thing I have been wondering:

Is it at all possible to have each building spawn a sort of 'blight' effect with faction appropriate textures?

It would go a long way in making the buildings feel like they fit into a map, and help the all-important 'suspension of disbelief' and the 'immersion' into the game's 'world', wouldn't you say?

And, I must say I have mixed emotions about this 'most dubious' update, but I for one 'trust' you, and put my self in your most 'capable' hands.

I really hope this is 1st April joke, because I really love this mod and one of the reasons is "free building" (without biuld plots).

This is foking dope! Ealendril der dunkle! Lol
You guys are the best seriously!

LOL good one had me there for a while :)

a quick question can you give us a bit of a update on what you plan for create a hero ? XD i know im asking it a lot but im rwaly intersted if we can get the cool new stuff we got for men and dwarves to every faction heroes (mirkwood guard outfit is a dread come true for some of us !

But to be honest - your models inside Edain fortresses look amazing and really fit there. Tomorrow you should consider it ... seriously ... ;o)

april fools day :P i hope this is true do :D

You evil, evil people! Valar take you, if this is an april fools joke..

I was scared for a second there :P
i see you went a long way for this joke hohoho

Personally, I think you should make it exclusive to the Epic Store

Honest question, is this for real? Lol everyone here know its April fools.

It would be cool if it was. Edain and AoTR are both really talented teams. TBH i prefer to be able to have no build plot system, that system is just so restrictive to play.

If it is true, then i wish the best of luck to both your teams, but please have your submod or whatever get rid of the horrendous build plot system. If i wanted that system i could just play BFME1.

Um... you kinda answered your own question.

Hilarious as can be also I nearly fell for it until I realized the Edain screenshots were from the Edian mod and depicited nothing from Age of the Ring, this is a whole lot funnier then the Dwarf Holds Elven Alliance April fools joke

Except there's AotR structures in those screenshots.

We actually combined both mods to get these. In a very quick and basic and unplayable way, yes, but they are real.

Only two of those screenshots use assets from Edain Mod, their Dwarven castle walls + floor and their Lothlorien castle flets + bridges + floor. Everything else is AotR. The Mordor, Misty Mountains, Gondor and Rohan castles are vanilla BfME 1 or AotR assets.