This development diary is all about peace and nuclear research!

Hello everyone and welcome to Terminal Tuesday! 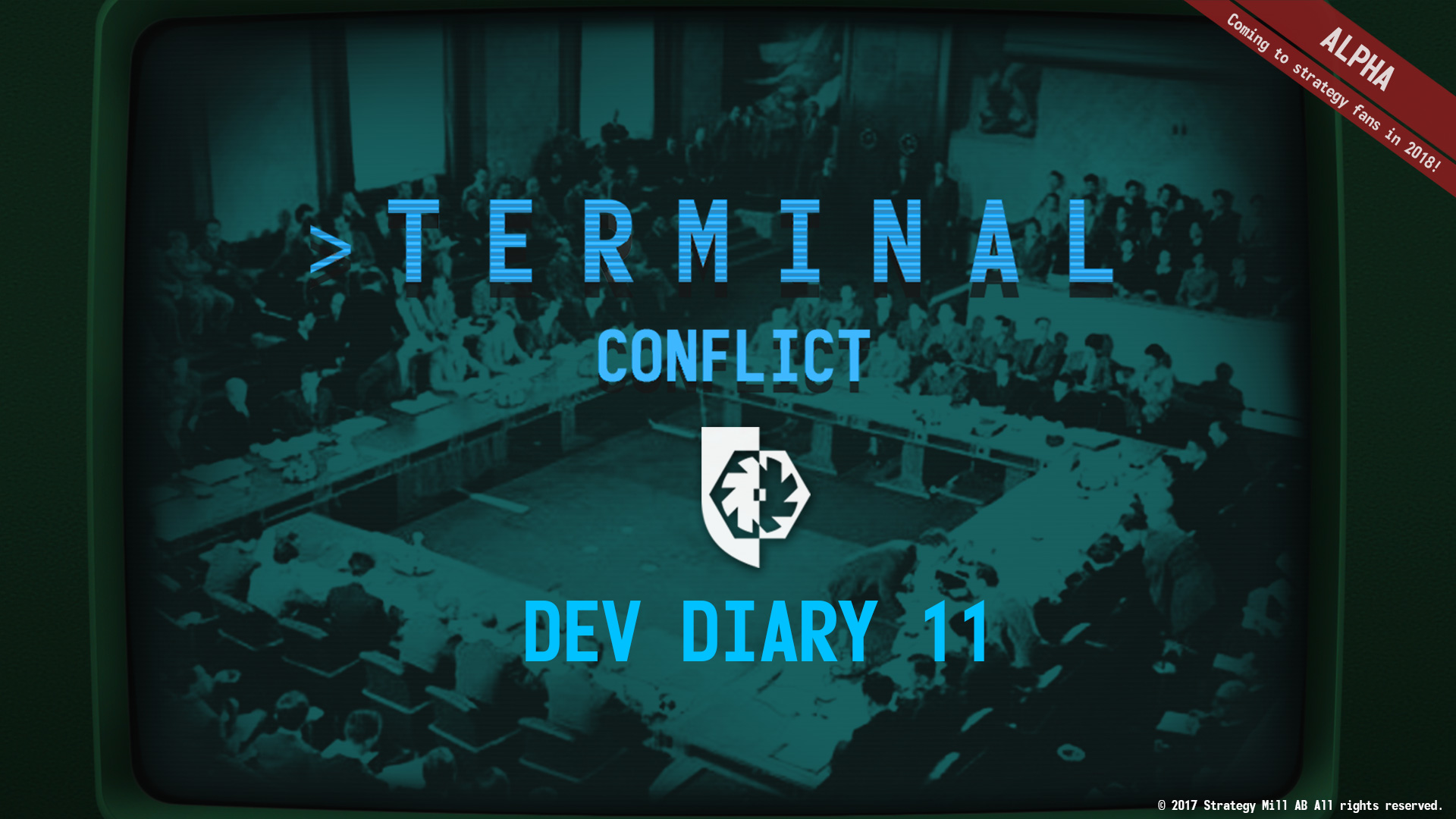 A big flurry of activity in the conference room. A messenger runs across the room, tripping on the carpet, hurriedly relaying notes to diplomats. Translators weigh each word as tense negotiations unfold with resources, empires and destinies shaped at the table. Humanity has an endless capacity to turn the darkest corner of evil into good. Mute whispers in the background.

In the end, this was not to be the prelude to another World War. Mankind was the wiser and leaders remained on the brink and didn't go to all out war. It might not have resolved the conflict but it had secured the peace, brought change and filled our hearts with hope, at least for now. What better then to attempt to normalize life and unite people previously torn by adversaries?

In Terminal Conflict it falls to you to be in charge. A wise man once said, "one day, you will understand" as you carry the burden and the awesome power of an arsenal at your orders. The idea of deterrent for some individuals rests upon the altar of mutual assured destruction. Will it for you as you invest in researching it's destructive forces in order to keep the balance of power?

There are seven different nuclear technologies to research in the game, each tied to a specific timeline: 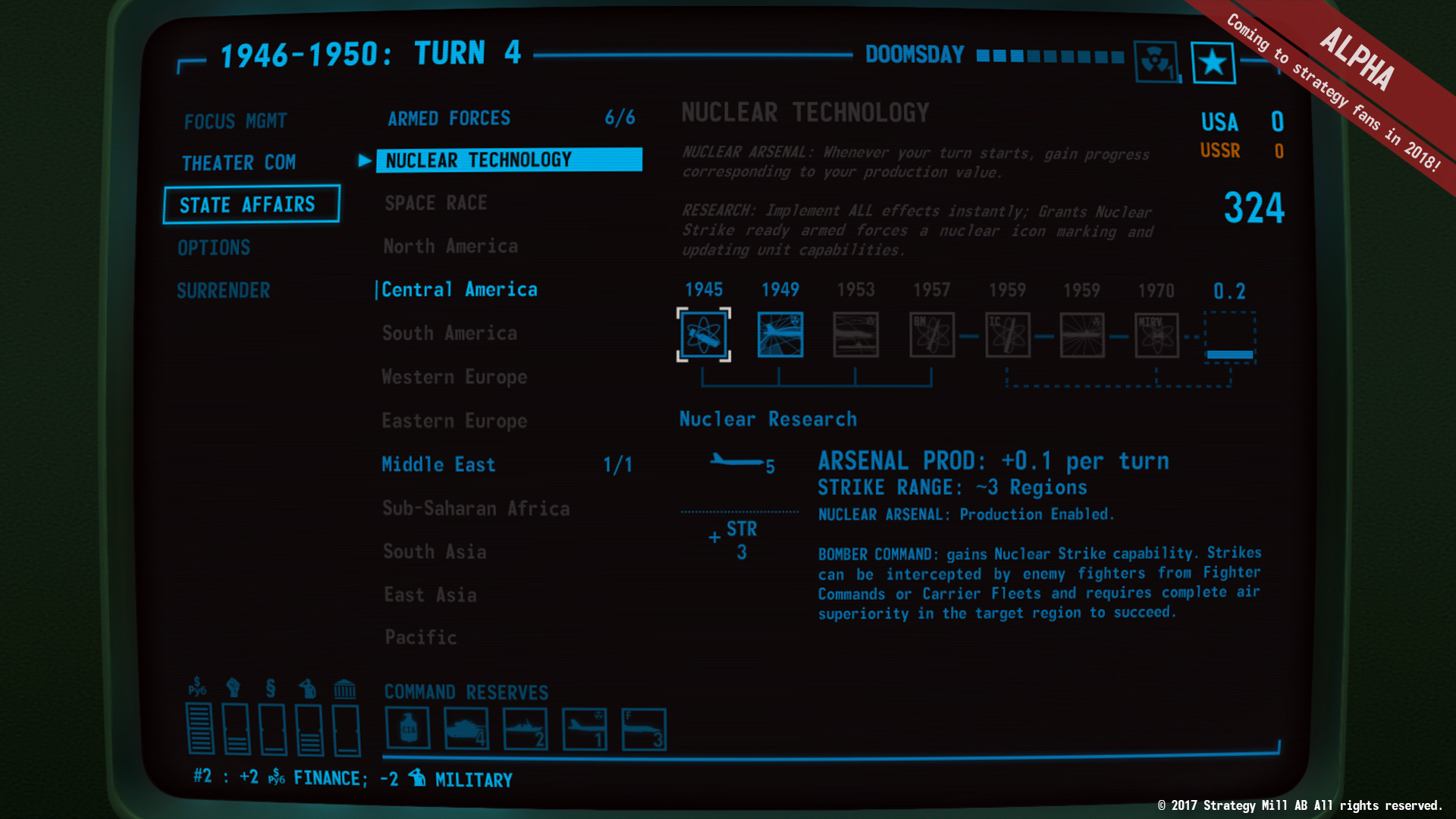 The nuclear technology research can be found in STATE AFFAIRS. As historically, the United States starts in 1946-1950 with a slight advantage, having researched nuclear weapons during the Second World War. This can form the basis for possible nuclear gaps where adversaries will have to catch up.

Worth noting, is that the end of the research tree displays the current nuclear production rate. Each of your turns generates nukes depending on that rate. Raised by your technologies, the top menu showcases how close you are to expand your Arsenal with a thin bar next to your Doomsday Clock Arsenal button. The number on the button displays your current arsenal size and the button will light up when your nation is ready to commence Launch Order Authorization starting the Apocalypse.
Though remembering that there is something beyond one's self, you might heroically make the fear of our destruction a faded memory in the chapters of humankind.