- All Taiidan fighter models & textures are in the game. (screenshots below)
- Removed all SOASE factions, So Taiidan is currently the only one.
- The Taiidan Fighters are now buildable from their Carrier, however there is one problem; the game doesn't seem to like more than four squadron types being available to be built.

- For factions like Hiigaran and Vaygr, the subsystems will show on ships when the player has completed certain researches. An example of this is the Vasari Colony Frigate when you complete the research to allow them to create starbases.
- Militia's at planets might be a squad of Turanic Raiders, Kadesh (Protectors of the Garden) and rebellions of the four main factions.
- Buildings will be a problem. I'm still thinking of ideas. (Maybe the mothership will have to be a building?)
- Some weapons might be rotated on certain ships. An example of this is the Taiidan Heavy Cruiser which has two which can be rotated 90 degrees so it has guns for the left and right sides of the ships.

Screenshots and Information of the Fighters: 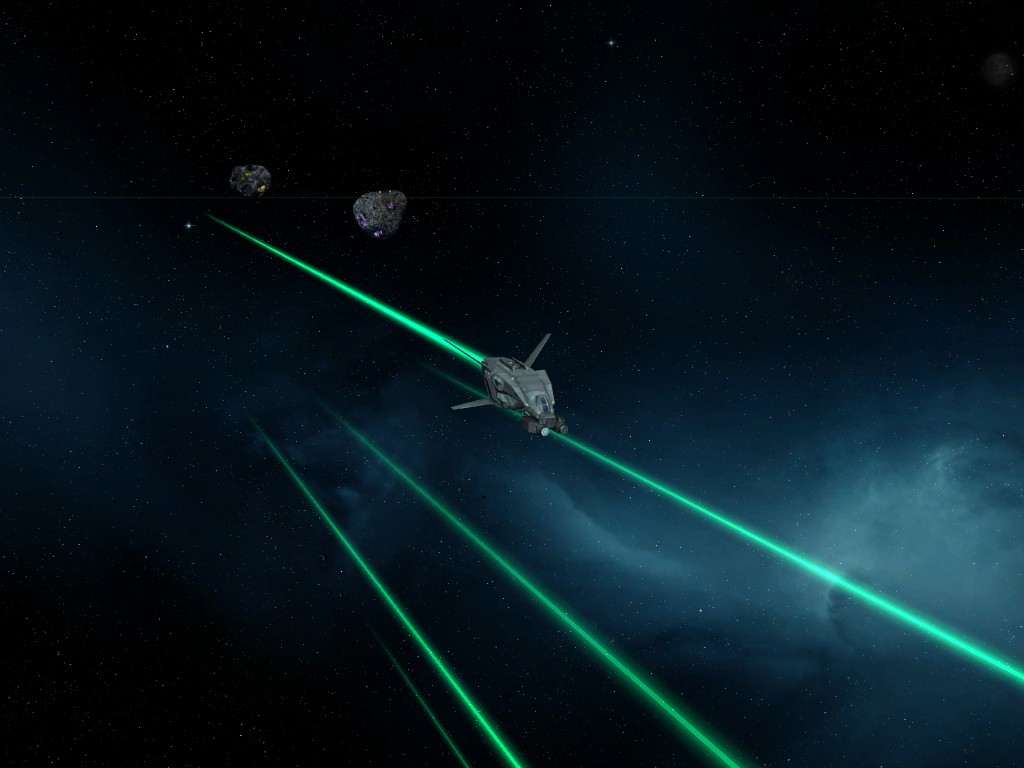 The Taiidan Scout is one of the first squadrons which will be available to build at the beginning. I think it's useless at the moment because the main idea of it is to scout out the enemy. But how can you do that when it's stuck in the system which already shows the enemy? 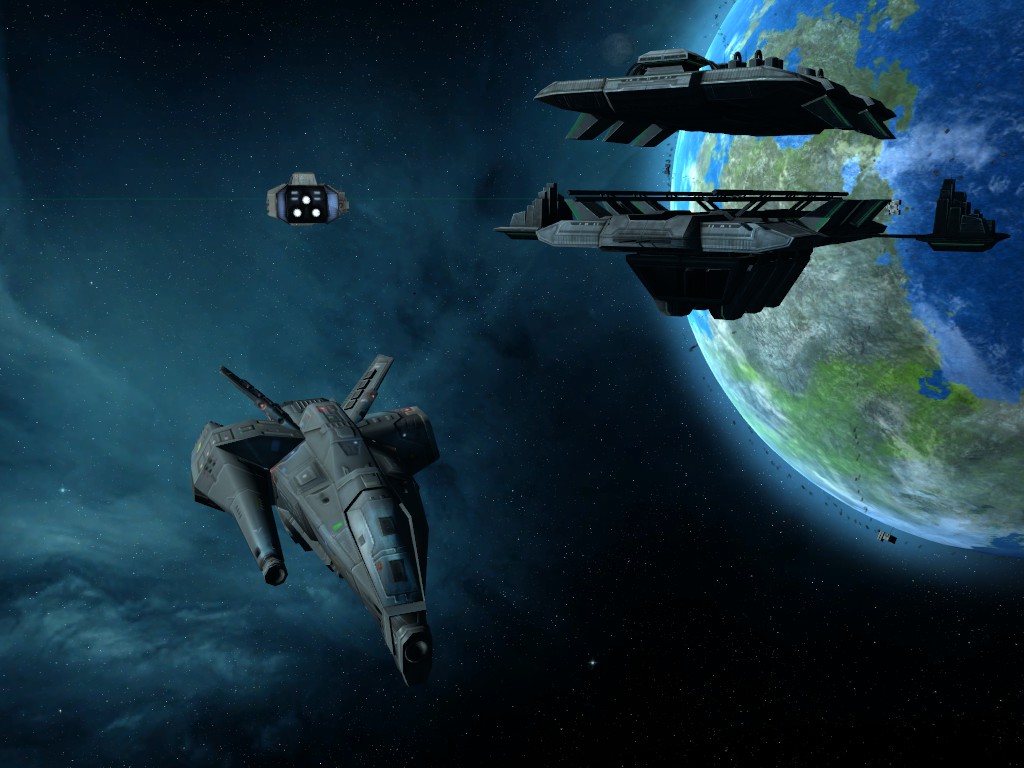 The Taiidan Interceptor will be one of the first squadrons you can build and will be buildable from the Carrier. This still needs to be researched but it will be early in the game. 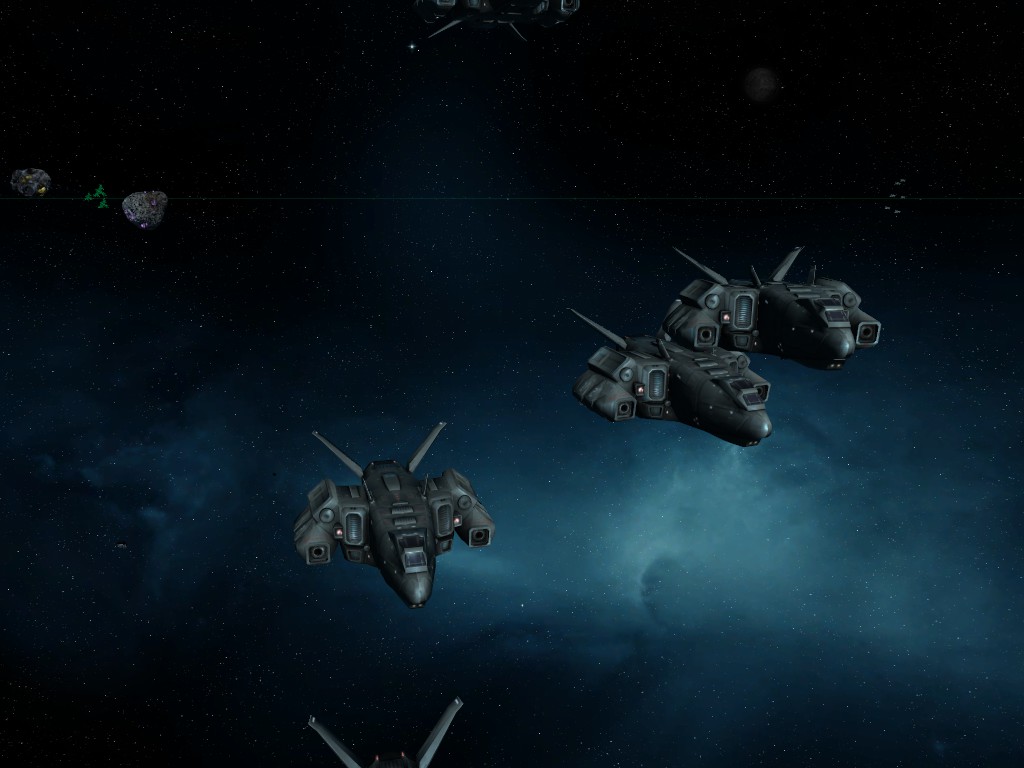 This fighter, the Taiidan Attack Bomber will be the best to use against Frigates and Capital ships but will easily be wrecked by anti-fighters and the interceptors. 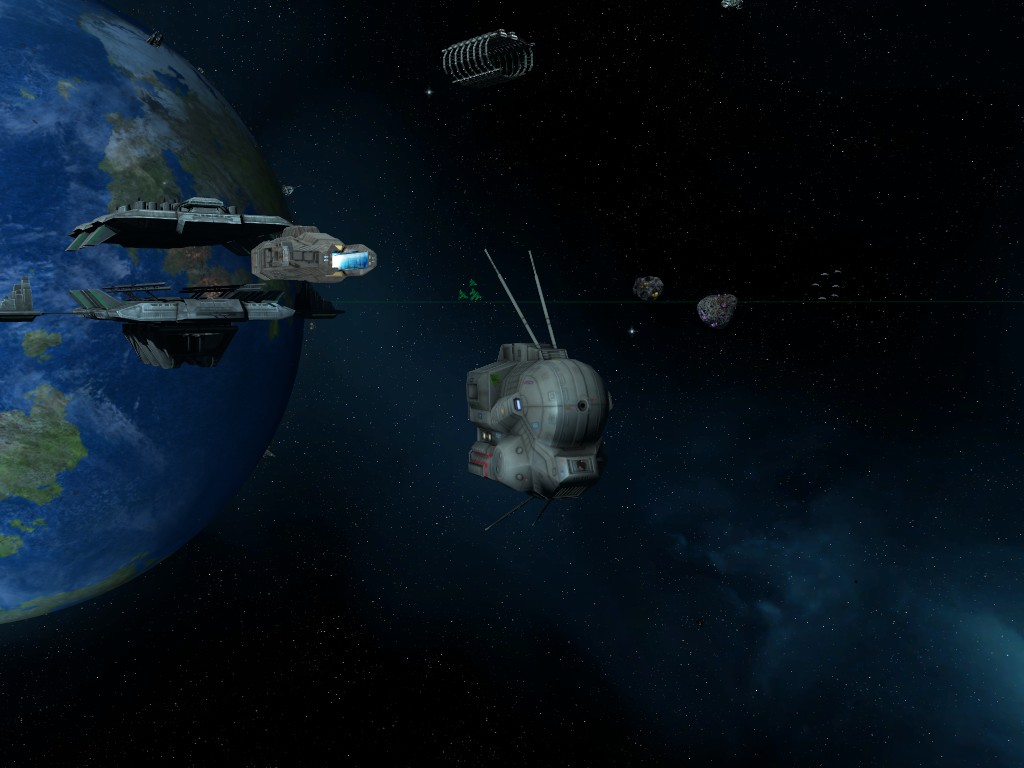 This one seems pretty useless to me also. I'm not sure what it was used for back in Homeworld, but it seems like it was to shoot projectiles from enemy ships. 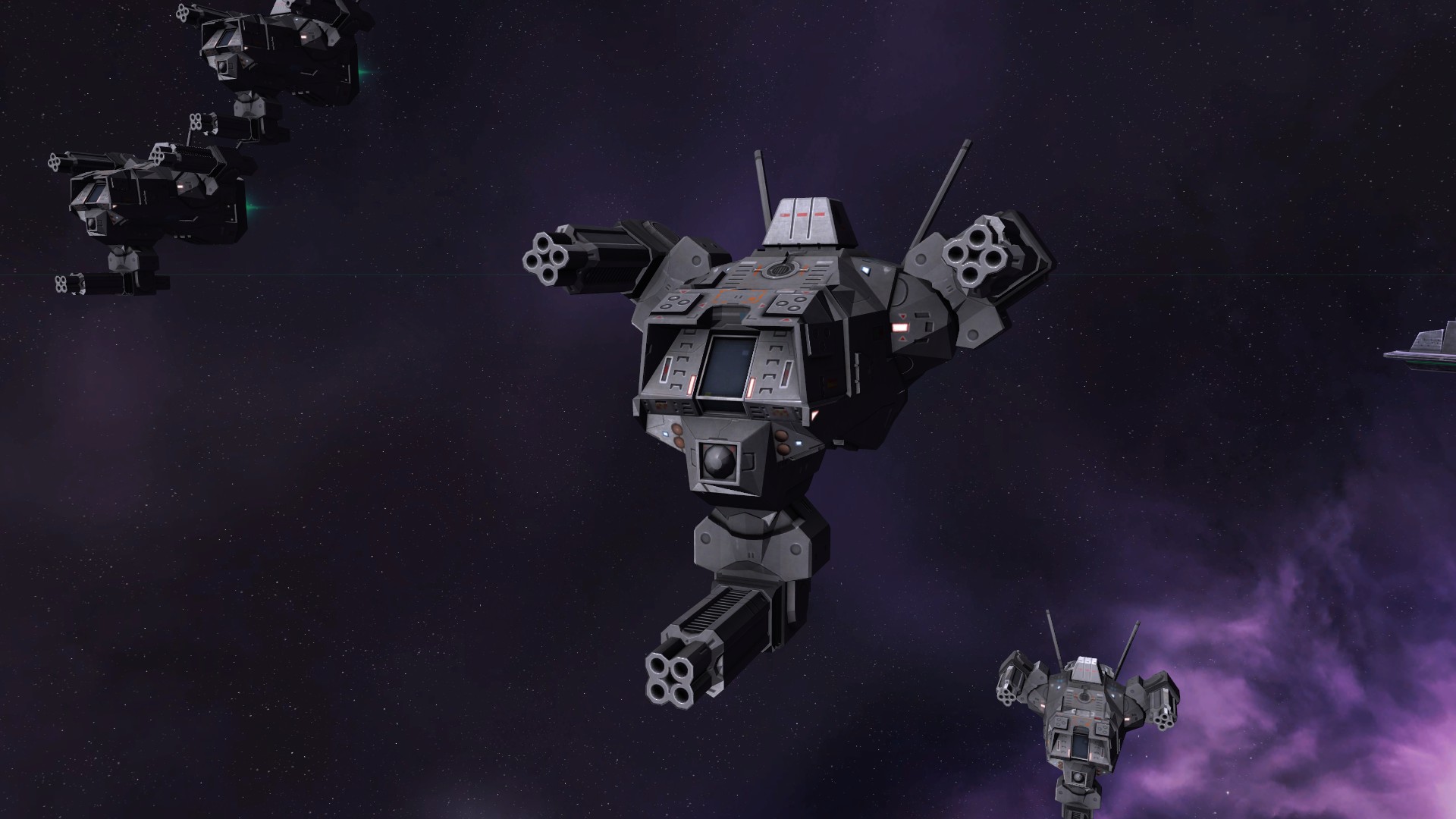 The final fighter is the Taiidan Heavy Defender. This will be the best to use with a group of Capital & Frigate Ships as it was designed to shoot fast and the less-armoured fighters. If it does end up only allowing for different types of squadrons to be built this one will be one of the four.

What Will Happen Next? 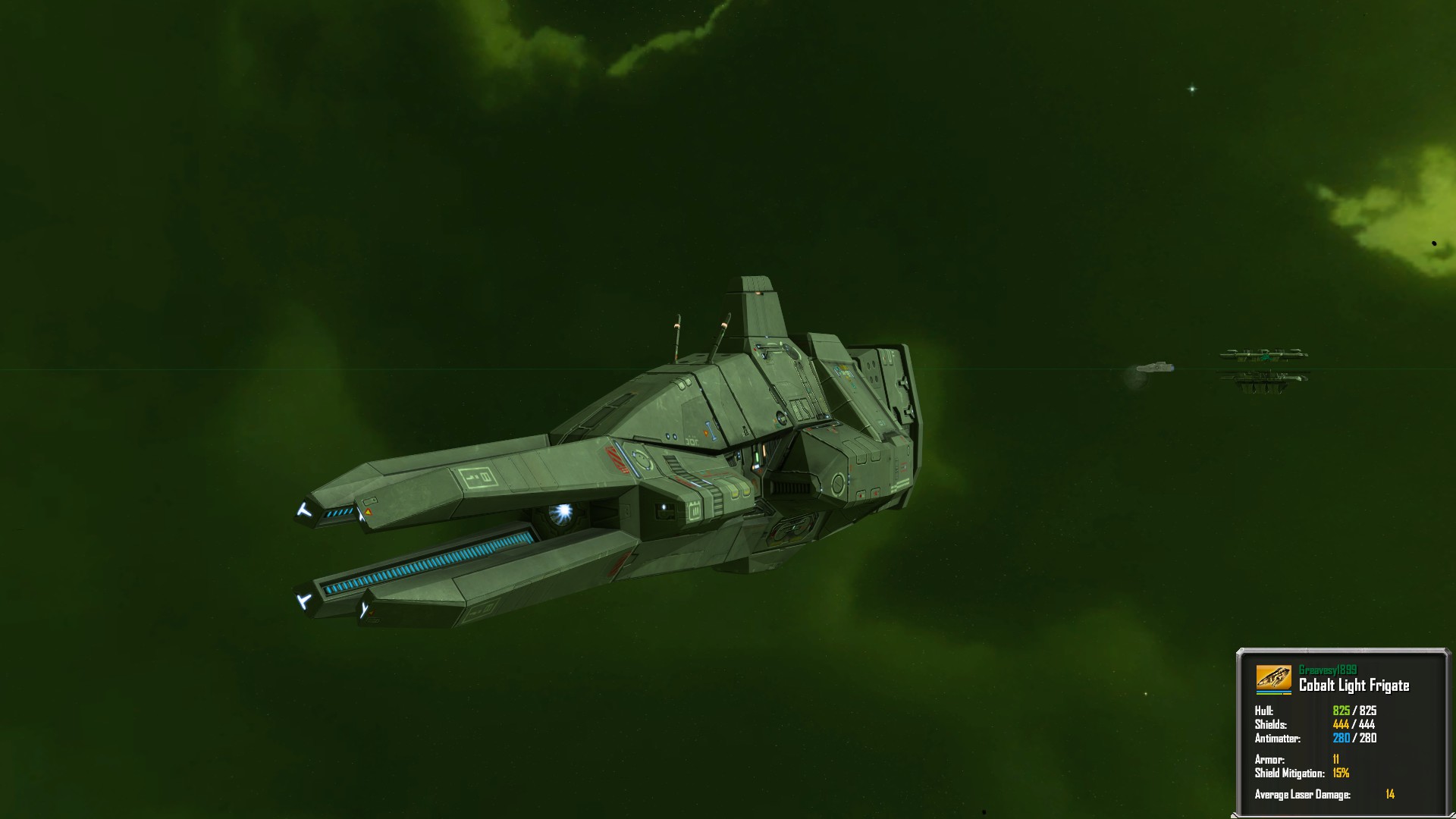 Thanks for reading and there's more to come!

these textures are amazing

I know, the developers of the Homeworld Collection did a really good job.

Looking good, That odd looking ship you said was useless was used a point defense fighter, a swarm of them was able to safely protect your ships from bombardment in homeworld. Not sure if that can be implemented in soase. With the scout, maybe make it its on standalone ship, or give it sight abilities like better targeting for other ships. Im afraid I have no ideas for buildings, will keep thinking. For the turrets on ships you can have ships turn to do broadside (which is what most cap ships in homeworld are built for), seen some soase ships and modded ships do it. So you could have turrets either facing one side, or both like you said. Good job as per usual.

Thanks for this reply. Some good ideas! The only issue with making it a standalone ship is that it no longer can be a fighter(i think). The buildings are the main problem though and some other utility ships might be problems fixed later.

The point defense fighter could instead be implemented as a structure kinda like the mines around planets, but instead defends against orbital bombardment and enemy fighters in the gravity well. Just a thought

Interesting. It certainly could be used for that however it would disable it's movement. (Unless I find a way to fix that) Then I can use the other slots of the other four fighters.

Right so, for research stations, (for Taiidan) you could use the Supernova Research Station model. For shipyards you could use the repair corvette scaled up, as it looks a lot like a construction structure? I like the idea of the mothership as a structure, but think it would look a bit weird, and what structure would it be? Be better to save it for a capital ship role, in my opinion.

I like the idea of that. However Taiidan already have research ships but the Supernova station might be the better option.

I was waiting so long, now the dream came true. Best of luck in development !