Apologies for the delay, everyone. I've had a very hectic weekend. But, now I've got around to it, I've just posted the Final (Full) Release Candidate for Surface Tension Uncut! Simply download it, read the readme, install it, and enjoy having Surface Tension extended with no catch. Enjoy! Bear in mind this is the final release candidate, meaning the next version will be the very final one. If you have feedback for me, please let me know, I after the final release I will move on.

Visit my mod page here on ModDB to find the download link for Surface Tension Uncut.

I've finally got around to releasing the second Release Candidate for Surface Tension Uncut. This is currently the 7th version I have released to the general public, and the first one I am comfortable with promoting to a wider audience outside of the Black Mesa forums. I've poured a lot into this work, and I've worked extensively with the community to produce the best product one man can for this phenomenal game. What you're seeing now is the product of a tonne of feedback from the community and a lot of change over time. Thank you so much to everyone who's given me feedback, particularly those testers I worked very closely with, this product wouldn't be half as good without you! 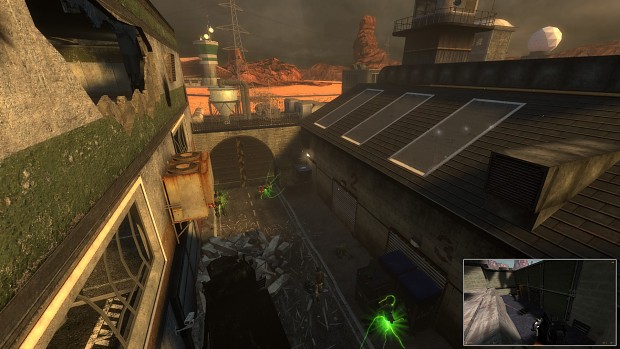 This current version is the second (and final!) Release Candidate for ST Uncut. This means that the next version, is final. Full stop. The final release will mark the end of my involvement in this project. Any feedback you may garner from your playthrough would be much appreciated, but bear in mind that anything major that you suggest probably won't be implemented in the final version (due to time constraints), which should ship in a week or two. 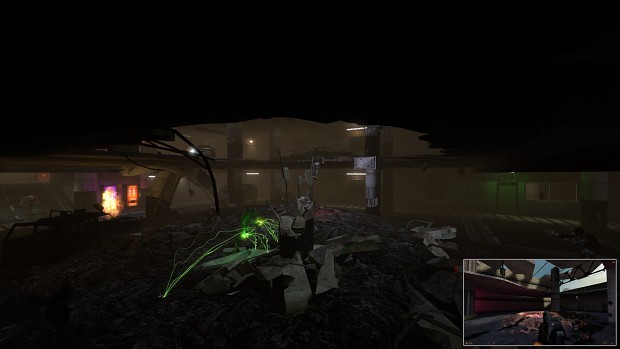 For those of you who aren't aware, Surface Tension Uncut has been my modding project to re-add the cut maps to Surface Tension, as I felt their omission greatly harmed the overall narrative, and also missed out some of the iconic gameplay/scripted sequences from the original Half-Life. True to the spirit of Black Mesa's method of remaking sections, I significantly overhauled these cut areas (as in terms of their encounter/map design I felt they were actually fairly weak in the original). My maps have a particular focus on the escalating conflict between the HECU and the Aliens, something which Black Mesa especially lacked.

When you download this mod, literally all you have to do is extract it to your BMS folder (after reading the readme, OF COURSE!) and run the game. My extension to Surface Tension will link seamlessly into the existing Black Mesa campaign as if it had never been cut in the first place. There is nothing jarring about this mod and it's designed to be a seamless addon to Black Mesa. 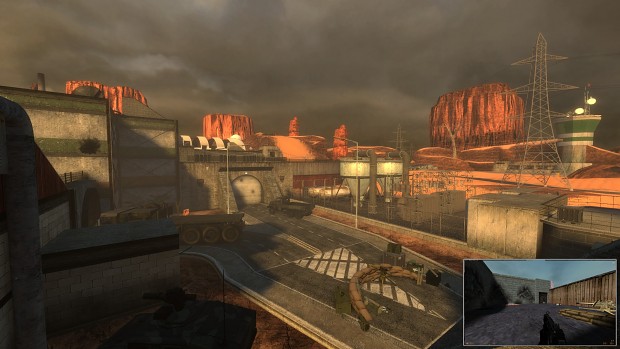 Please, if you have a free hour - download the mod, enjoy it, provide feedback. My eventual goal is hoping to get enough "noise" from the community, to show the devs that this stuff is popular enough that it would be a wise decision on their part to include it with the next update! I don't know how feasible this aim is, and I certainly won't be upset if it doesn't (and probably won't) happen, but it would be great if it does! I don't even really care about the personal "gain" I have from it, I just think anything that would make Black Mesa a better game overall should be considered. So, please, if you like it, let me/the community know! Publicity is needed here and I'd be very grateful if you could spread the word.

Thank you so much for your hard work! I hope your mod gets added into the offical game since it is a community project ;)

Amazing work, I really hope you get on the dev team

There are some dedicated fans out there. Black Mesa spawned Uplink and now this.

Spawning soon is Xen and The Hazard Course

Hazard Course has been up on ModDB already

yeah but its not released.

Nice man , this is just what Black Mesa needed :D

hellz yeah now where talkin , so this is the last version ey , thanks for the effort to make black mesa even better

That is great, that way EVERYONE can be satisfied with the result. I liked surface tension, it was excellent, but I understand why the team decided against it. But now, it can just be integrated into the story by anyone. and that's great.

First of all, transition were seamless. Not a single loss of quality.

He wanted to evoke a feeling of the aliens winning the war and giving a compelling reason to why the marines were retreating that was omitted from Black Mesa.

Uuum what the hell is this? Is this an extension to Black Mesa or just another version? The description is pretty vague.

Are you actually serious? How is the description vague in any way whatsoever?

"My maps have a particular focus on the escalating conflict between the HECU and the Aliens, something which Black Mesa especially lacked.

When you download this mod, literally all you have to do is extract it to your BMS folder (after reading the readme, OF COURSE!) and run the game. My extension to Surface Tension will link seamlessly into the existing Black Mesa campaign as if it had never been cut in the first place. There is nothing jarring about this mod and it's designed to be a seamless addon to Black Mesa."

Copied and pasted from THIS EXACT ARTICLE that you commented on. Don't be so rude next time.