Twitter, ropes, and a lot of hard work. Taking the time to address what's happened in the past months.

Whenever I work on the SDK and co-op mod, I think to myself "Do I have enough content to put out a blog post or video?". As a result, I severely delay updating the community on what's happening because I've hit a wall or there's not much I can say. To try and curb that, I'm making a twitter! I'll be able to give small updates and fun facts I find as I go through the reverse engineering process, and then bundle that all up for a nice end of month summary on other ModDB or Youtube. It has the secondary purpose of opening the development discussion up to new social circles, and perhaps get better contact with more developer current and old of the game.

I'll probably also post some other neat stuff, since I do animation work and other coding, so it serves a double purpose.

The hurdle I'm currently facing has to do with climbing up chains and ropes. This feature is an integral part of Dark Messiah, to the point where you literally cannot progress some levels unless you climb up something. The problem is simple: When one person climbs a rope everything is fine, but as soon as a second person climbs up that rope they are teleported to the first person's position and lose control of the climbing. What makes it worse is that once one of those players jump off, the other player is stuck in limbo, eventually crashing the game.

The explanation is actually kind of simple, the rope can only handle one player at a time because it only has one variable to store said player. When that second player jumps on, they overwrite the old player and they are left hanging (PUN ABSOLUTELY INTENDED). I have a couple of solutions in my mind to bandage it, but the end goal would be to completely recode the ropes/chains since my previous break through of adding custom entities. I'll probably utilize the twitter to dump some explanation.

You can see a bit of that in this networking log. Pay attention to the m_hOwnerEntity variable: 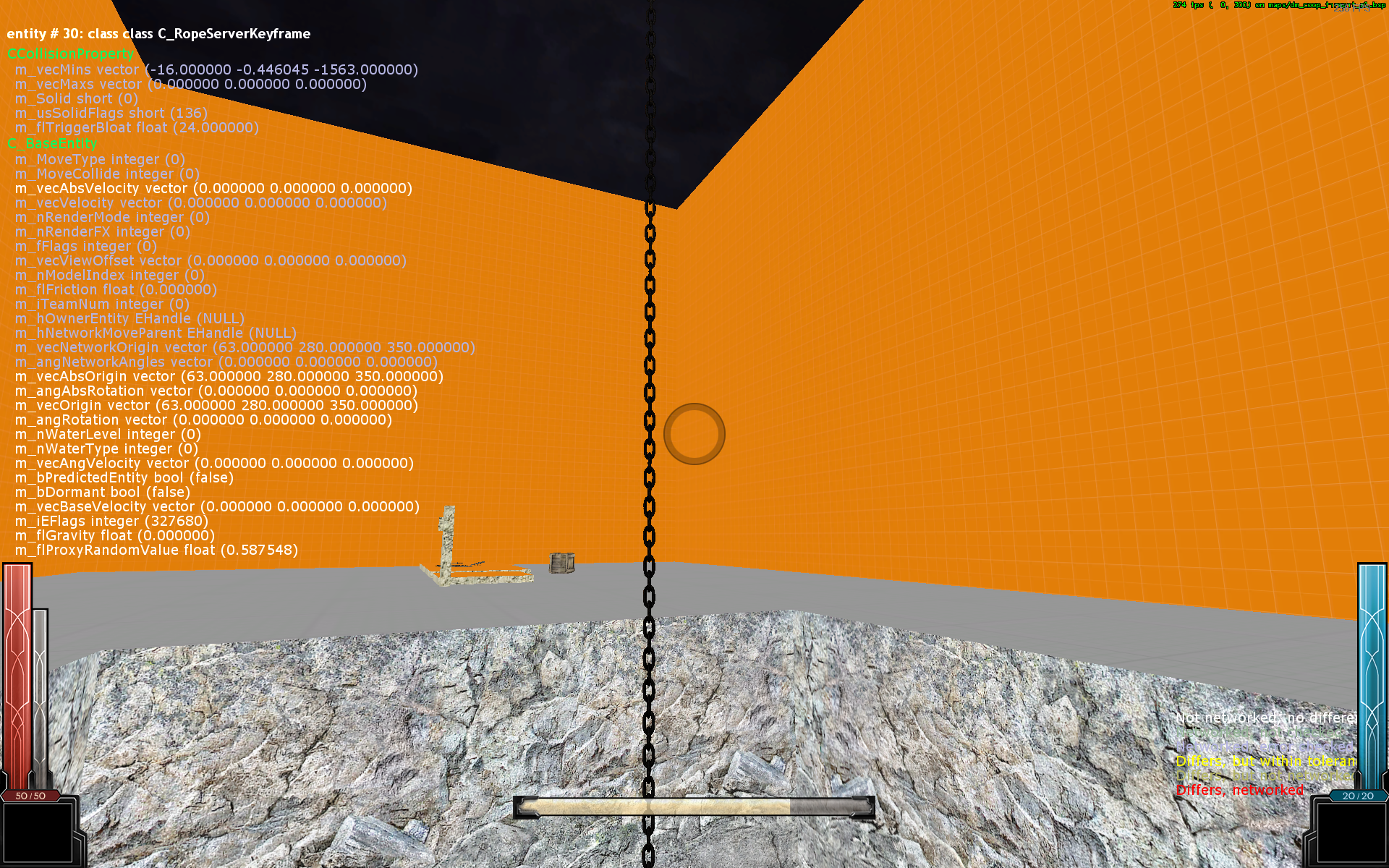 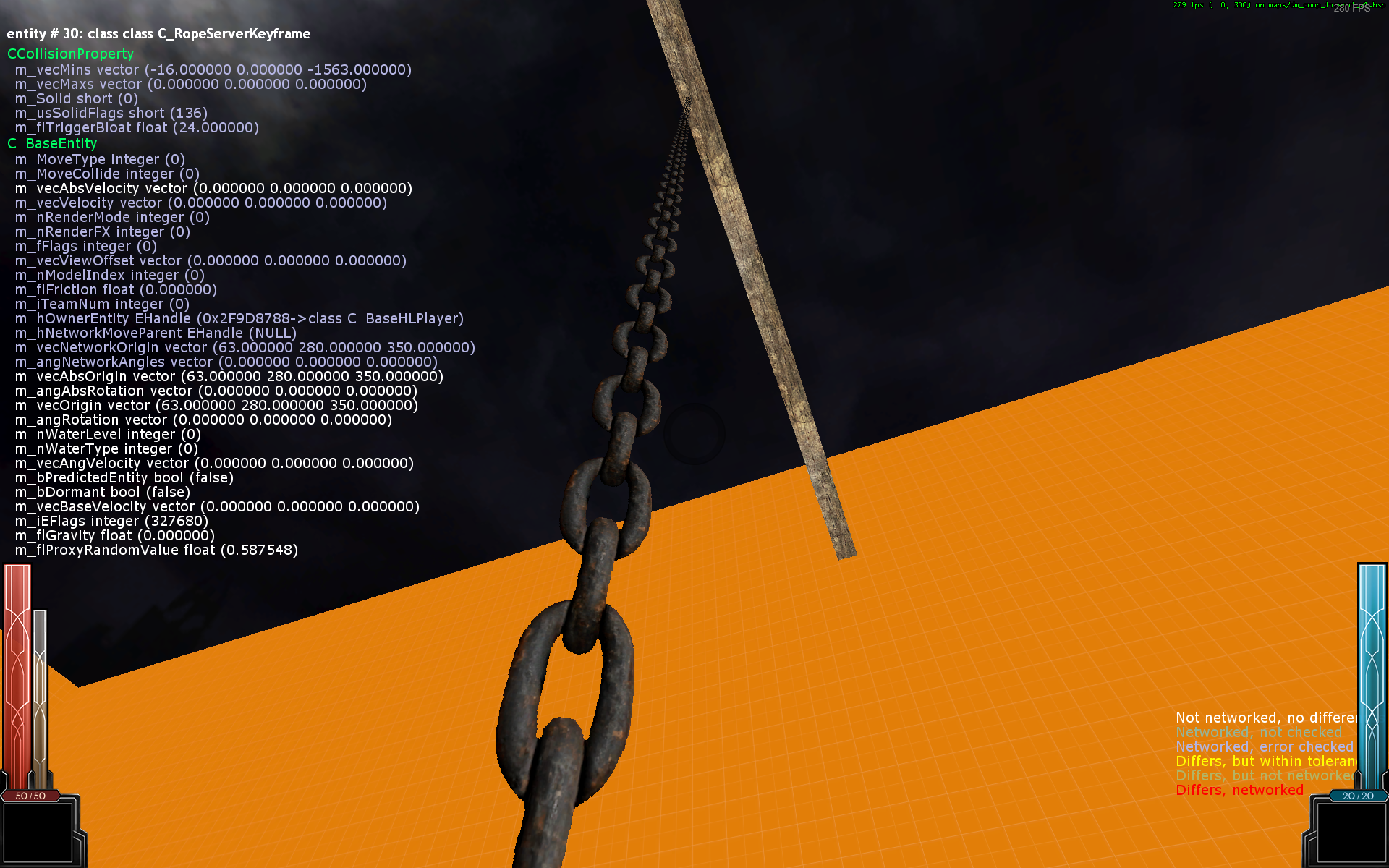 This doesn't fully detail what I'm talking about because a chain consists of two components, the anchor and the actual chain. The anchor actually seems to handle a lot of logic. More on that later.

Since I haven't done a development diary in a while, and I have been stuck on the same issue for months, I thought it'd be fun to mix it up and show off some of the test maps I use during development. You can check out that video over here:

The discord will still be up and running to talk with me about anything with the link: Discord.gg ( select Dark Messiah from the #role-assignment channel )

I accept all pings, questions, suggestions, and etc. The twitter will just hopefully make updates a lot easier to give, and allow me to post some reverse engineered code more casually. It's a lot less pressure than having to think of an entire article!

Thanks for the update and your hard work :)