Hi everyone.We have quite a few new things to share this week. If you followed our Facebook page you’ll see that we posted a new screenshot of the speed radar. For those who have not yet seen it, check it out...

Hi everyone.We have quite a few new things to share this week.
If you followed our Facebook page you’ll see that we posted a new screenshot of the speed radar. For those who have not yet seen it, check it out below: 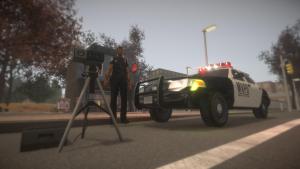 We are also pleased to announce that the game is now viewable on the Steam store ahead of its full release on October 24th. You can visit the page and get involved with the discussion at: Store.steampowered.com

Alongside the Steam launch we also have a new trailer.
Watch it now

Finally, following on from last week’s blog post detailing our move into the new office, we wanted to share some more info about the team at Odin, please read the bio of the four people developing Enforcer alongside some "beautiful" photographs. 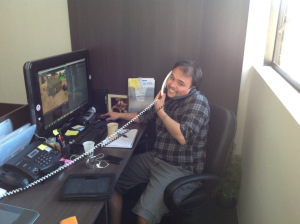 Starting with an IT background in college, he dropped it all to start game development professionally five years ago. With a degree in computer science Alexandre has developed more than 100 projects from simple apps and games to hardcore simulators. He is now in charge of Odin’s management while also continuing to program with other team members.
Alexandre is a speaker at many Tech and game events in Brazil and also teaches game development. Some of his favorite games include Counter Strike, Civilization, survival games and good old FPS. 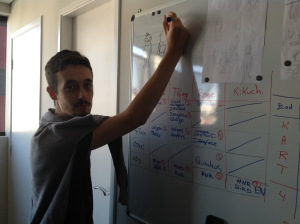 Thiago is a real multi task guy who works at Odin as an artist, programmer and team lead in many projects. Before working with Odin, he had already developed some commercial games including HTR mobile and RushRush. With a degree in graphics computer communication and a post-graduation in digital games, Thiago has the know how to complete full games alone (sound, design, art, programming and making coffee)
He is a speaker in many tech and game events in Brazil and also teaches game development.
His favorite games include the final fantasy series, we encourage you to never say anything bad 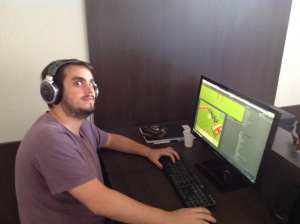 Andrés started his career at Odin and has already developed some nice game labs. He is now prepared to become a Jedi master, the dark programmer. His is currently finishing his degree in games design and already has some nice ideas for future games.
His favorite game is Full Throttle and he really enjoys playing Counter Strike… Sometimes Diablo. He confessed that he did play tibia for more than 3 years. We did not know this when we contracted André! 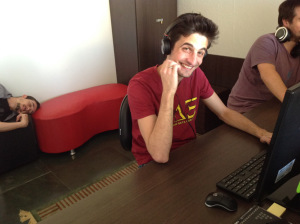 Rene is finishing his administration course and is now studying game art. Today he spends most of his time assisting the rest of the team with textures, model art and also has a lot of game ideas.
One of his favorite games is Legacy of Kain: Defiance (Yes it is!). He also likes plenty of RPG’s and is another former player of Tibia... ¬¬

Please, show us your support by following us on Facebook and here ;)
Thanks!

I have a feeling this game is gonna be so buggy and dull, but I do hope I'm wrong.

We will try to not make this happen ;)
Also, we are going to keep updating the game after release. This is a game that have to be close to the players and community, and at the same time, try to keep it simple to the objective of the game: to act as an officer, using our current resources.
Also, please, check our background in our website to see what we have done before and what we are starting to do now. I hope you like the game, we will do our best do make this happen o/

great new update guys!!
Always nice to see the people behind the team and who they are and what they do and like to play. Have been tracking this game for quit some time now and it looks really great. I can imagen that it is quit hard to make a open world game like this so i am really interested to see were this leads to.

Thank you Leon, I hope you can help us clean the streets of Mountain Valley ;)