This article contains the recent updates of the development of the mod Chronicles of Middle Earth.

First of all, we wish to make an apologize for the inactivity of last week. For most of the part, the Dev Team had really no free time to put on the project. For some of us, it was a huge exam week. But as of now, I can say that this period is over! We come back with renewed strength on the project!

However, despite this lack of time for most of the Dev Team, we try to work as much as we can on on the mod. The most we can say is that there is progress, but it is slow progress. As you will see below, we have some very exciting updates to show to you!

As it is indicated on our TaleWorlds thread: Forums.taleworlds.com, some new members have joined the Dev Team of Chronicles of Middle during the last weeks. We are proud to present them to you:

Illuminati - Lead Coder / He will substitute our old Lead Coder DanyEle who left the Dev Team since he had unfortunately no time to continue working on the project.

Efe Karacar - 2D Designer, Animator / He is known for the development of his old mod: Vyrn. He will aid us with features pertaining to 2D design elements.

William Bonaparte - Mapper / He worked by himself on a Persistent Lord of the Ring mod several years ago. He will be one of the several mappers within the Dev Team.

Special thanks one of our main contributors: John Monahan - Helps with 3D modelling and texturing / He is the founder of the amazing LotR mod Kingdom of Arda which will be available on Bannerlord. He helps us with the creation of a few exciting 3D models for Chronicles of Middle Earth.

Illuminati, the Lead coder of COME, has been working on the development of a few amazing features which will be available in the first version of the mod. These features have been developed by him in the years prior, and specifically with his own mod: Kingdom of Andria; he offers to add these in Chronicles of Middle Earth, and we thank him for this. Here is the list of the new features:

Oh yea! It will be possible for the players to witness a day and night cycle in the Open World! The day and night transition will be automatic, and effective each 6 hours. So, technically speaking, it will be 2 fictive days in one real day. We still thought about the idea to add racial bonuses for some races regarding this (especially for orc and goblin); for example, the orc is faster during the night than all other race. Like we said, this gameplay aspect is to be officially determined by the Dev Team. Take note that the Day / Night system is actually already active in COME mod.

Don’t worry, the season transition system will come eventually, but probably not in the first Open World version, because of the map making. You have to know that it will be in this case necessary to make one summer/autumn/spring version and one winter version (with snow) of each map. So, it will be a huge work to make it done! But, we can promise you that this features will be added eventually.

To finish this section off, here is a little video on how the day / night system works in-game. The video is from Kingdom of Andria, but this one will show the general principle of the Day / Night system (a video of COME showing this system will be made really soon):

This system will have a favorable effect for our mod. It is a system which will dramatically increase and improve the bloody effects during the battles. Then, the rendering during battles could be include more gore to the delight of the players! Take note that the Gore System during fights is actually already active in COME mod.

Again, here is a video showcasing the Gore System during fights which is from Kingdom of Andria mod. The same system is used and available in COME (a video of COME showing this system will be made really soon). Forward to 3:20 in the video, the Gore system is presented at this moment:

As you can already see in some Hardcore Role Playing servers on Warband, COME will have a Hunger System as well. But, take note that this system will be very simple. In fact, the player character will have to eat 2 to 5 different food items each fictive day, so each 6 real hours of game, to stay alive. Why must it be different food? Because we want to insist the players to buy more variety of food product to improve the economy of this sector. So, it will not be possible for the player to eat 2 of the same products in the same fictive day. As you have probably guessed, we will establish a very complex and interesting Farming System in COME. This one will be at the center of the economy of the Western Eriador region, and especially the Shire sector of the map. By setting up this new Hunger System, we want to insist for some players to become a Farmer, and to have a Civilian oriented profession; we don’t want it so every player becomes a soldier, as we desire a Civilian function in the Open World. It is for this reason why we want to improve the utility of some professions, such as farmer for example, in the LOTR universe!

Going back on the main subject, we think that the Hunger System is really an important aspect that will make COME’s gameplay more realistic. However, we don’t want to get all exaggerated about this, because we know that the majority of players won’t appreciate a hardcore life simulation. It is for this reason we will not add things such as a thirst system or nutrients system. We believe the food requirement will be perfect enough to make COME go towards something more of a CRP.

Take note we are actually in discussion about the implementation of a simple Rest System: we thought about the possibility of requiring the player to rest 5 to 15 minutes each for each 6 hours of continuous game. We don’t want it so players can fight non-stop again and again without resting at all; it just isn’t realistic.

But now, the farmers will have the possibility to choose between a variety of vegetable and fruit products in Chronicles of Middle Earth. For this, we will use the same Farming System used in PW, except with our new ones thrown in. Here is a list of these new exclusive products:

This is probably the vegetable with the fastest production time. However, the production cost and the overall price for consumption will be more or less affordable. 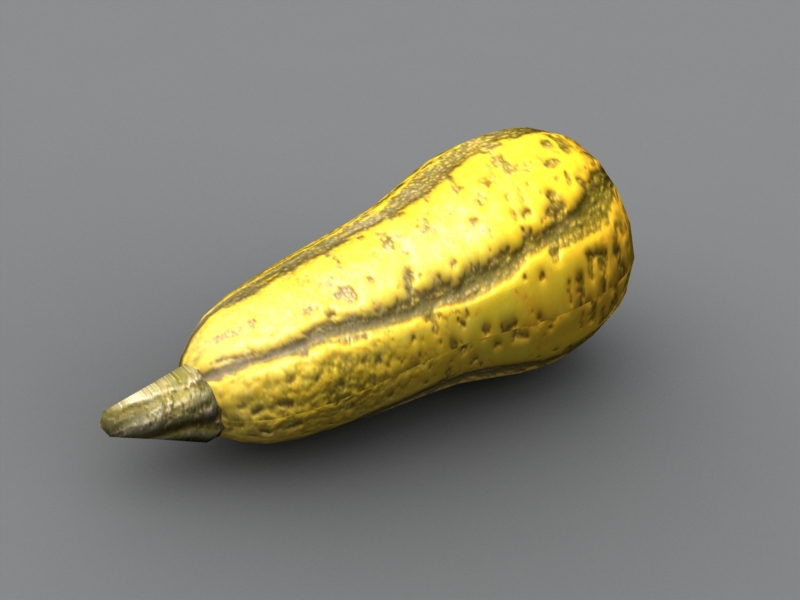 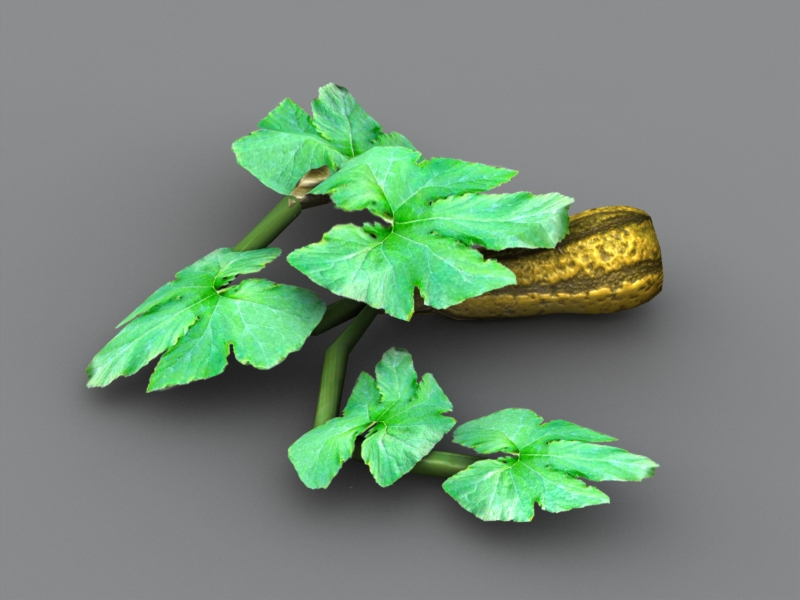 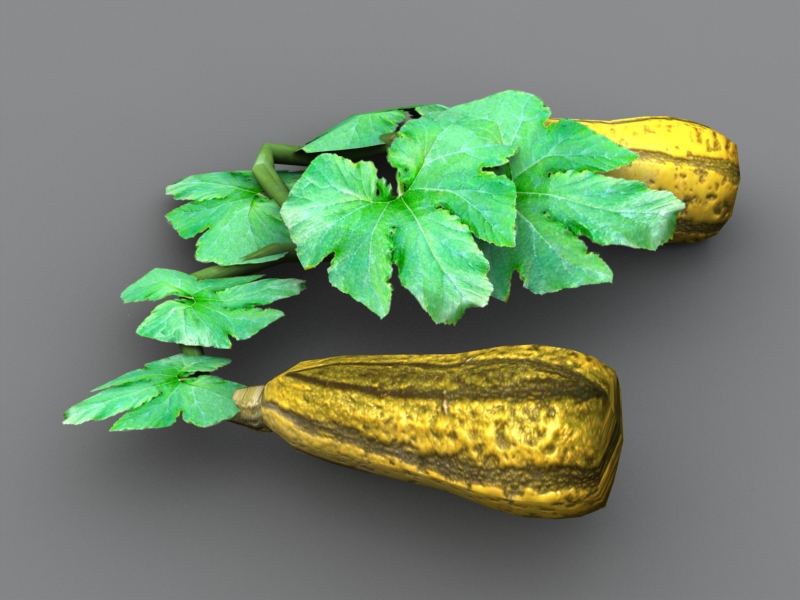 The green leaf lettuce is a simple product, and really easy to produce. We recommend early farmers to start with the production of this vegetable, since the production cost is very low. 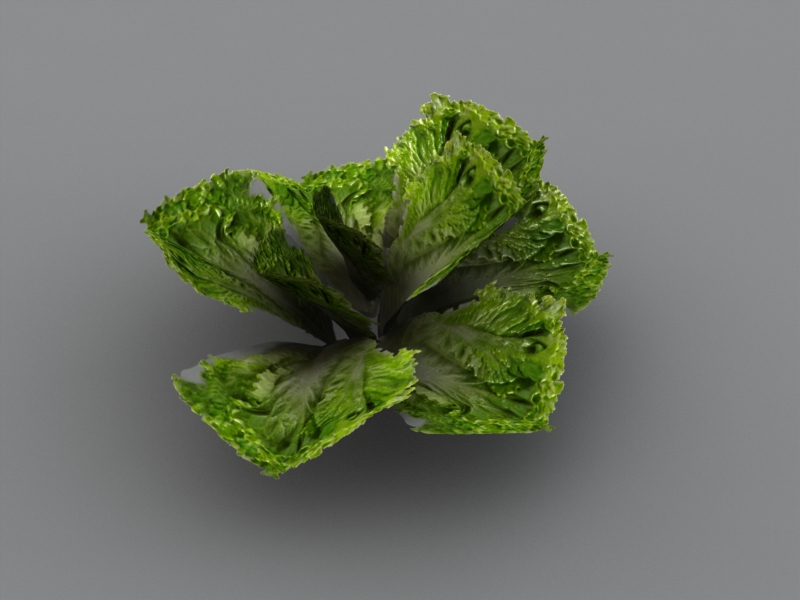 The red leaf lettuce is very similar to the green leaf lettuce in terms of stats. As a result we also recommend this crop for early farmers. 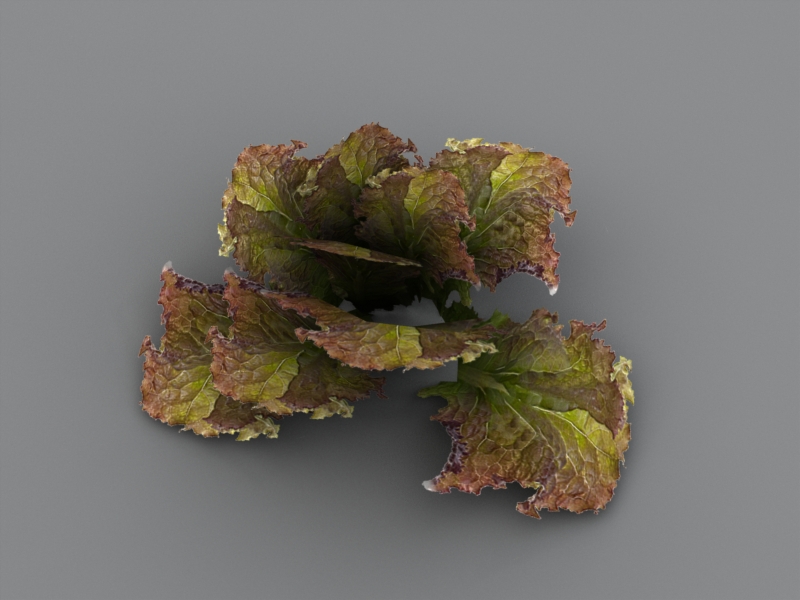 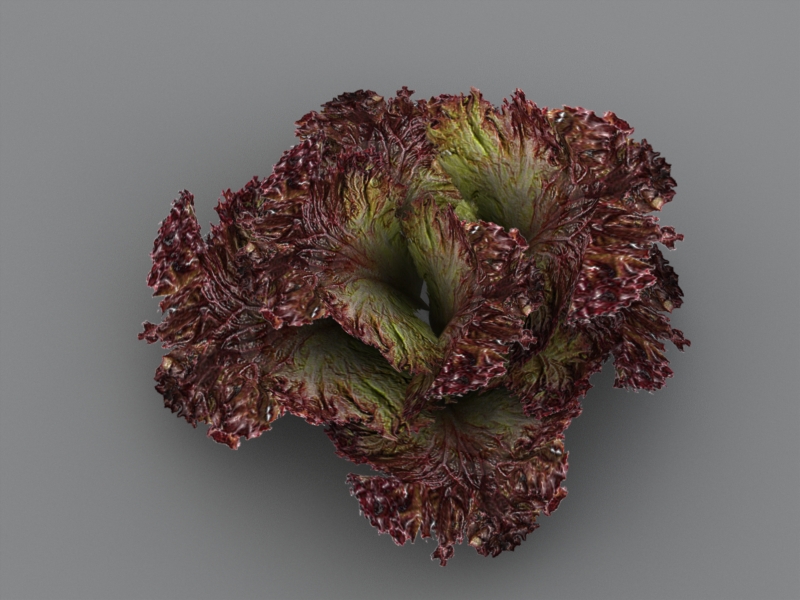 The roman lettuce is similar to the two previous lettuce varieties. However, this product has a small difference in terms of the production price, because of its higher quality. The greater quality allows for its higher selling price than its leaf lettuce variants. 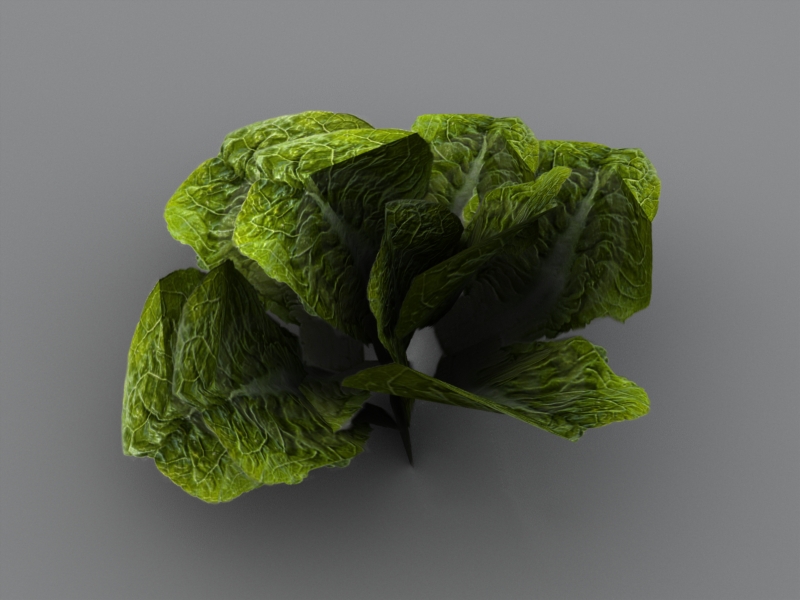 The peppers are an excellent product in term of production cost / selling price value. However, the only negative aspect of this product is its very long production time. 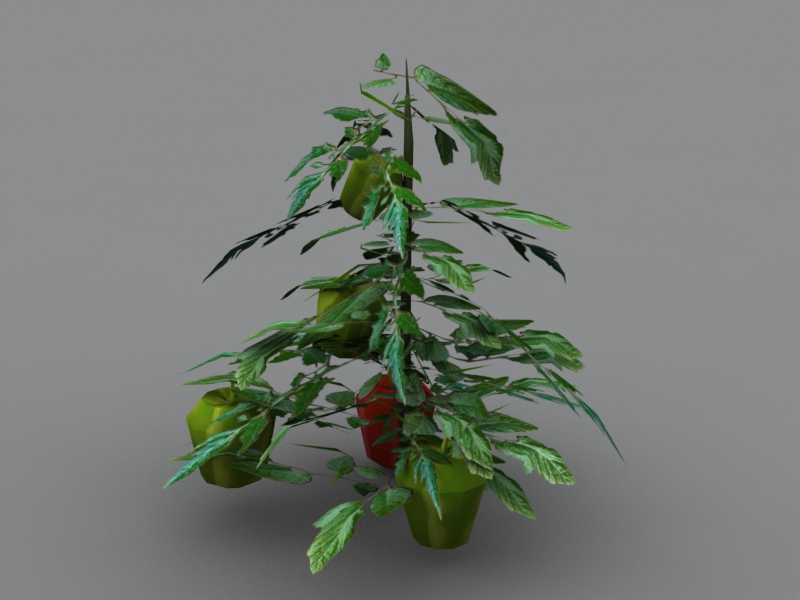 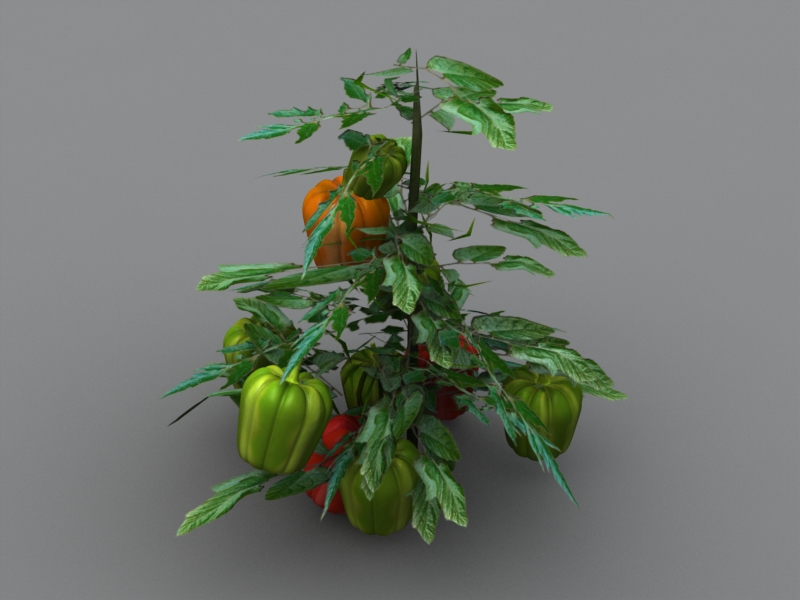 This is a special product to grow as players can’t grow them in a standard vegetable field. Specific spots will be available for the production of this product. The mushrooms will be a very special product because in addition to feeding players, each single product will have a 25% chance to give all energy and 50% life to the players since some mushroom could be psilocybin mushrooms. However, take note that the players also has a 10% chance to eat toxic mushroom and instantly die. Another thing to mention is that the energy feature (from Rest System) linked to this product is, as specified above, not official yet.

The mushroom has a very high production price since it is a rare product. Its selling price is, as a result, very high too; it can prove to be an economic advantage for farmers. 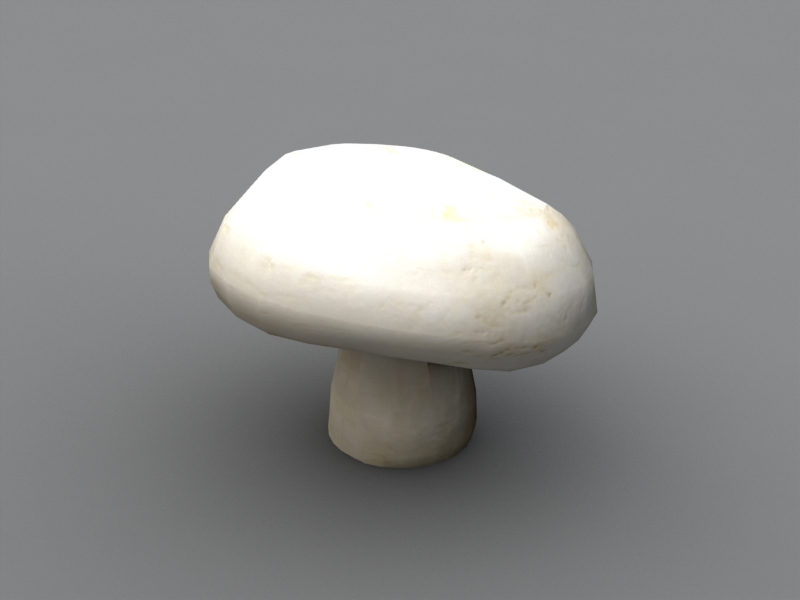 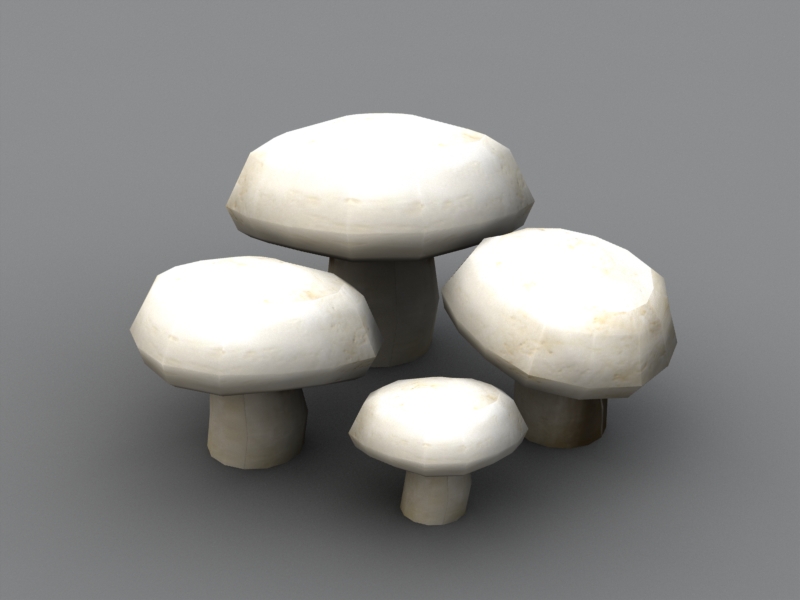 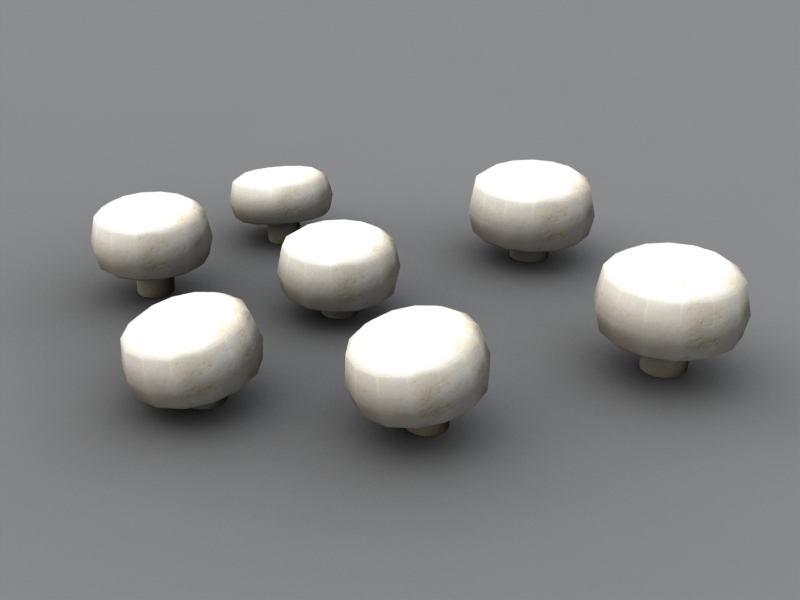 The pumpkin is one of the vegetable which can fill the bellies of most players. Its production cost for this reason is quite high. Although, it is also a vegetable which will take more time to grow. 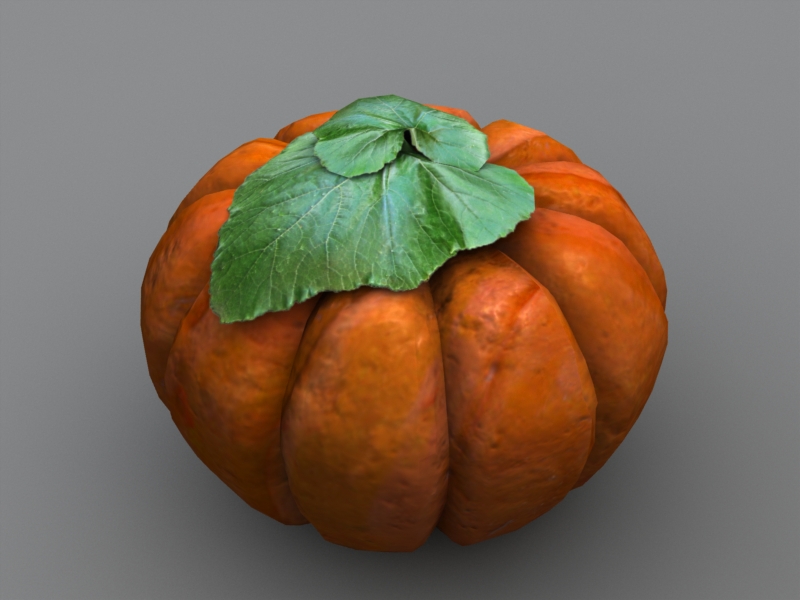 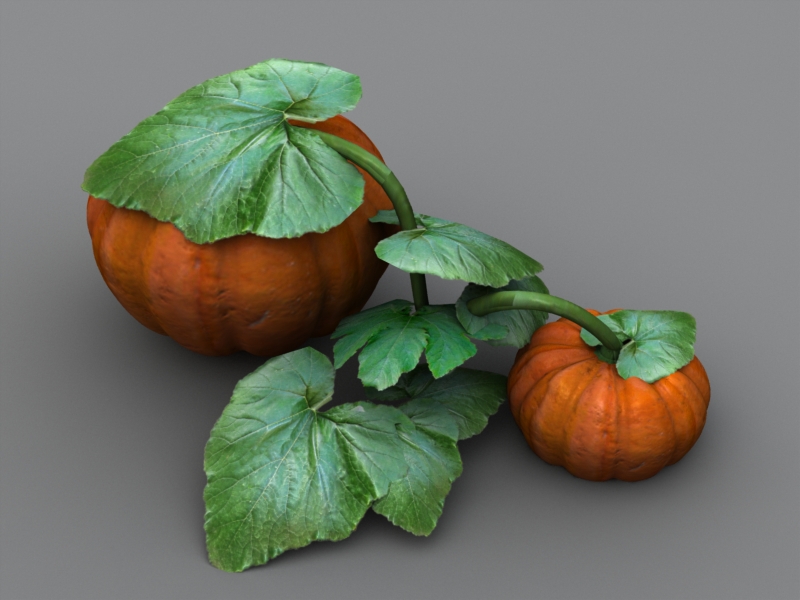 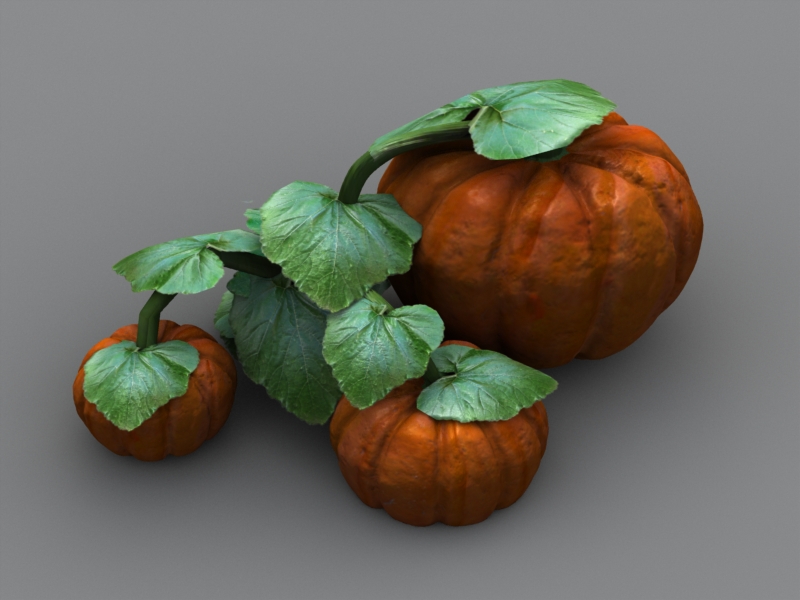 The melon is one of the two fruit variety alongside the strawberries. The fruits have the particularity to give energy to the players in addition to feeding them. As the pumpkin, the melon is one of the products which can provide plenty of subsistence for players. Due to these advantageous components, its production cost is high. However, this product contains a high selling price as well; and needless to say a very slow growth time. Take note that the energy feature (from Rest System) linked to this product is, as specified above, not official yet. 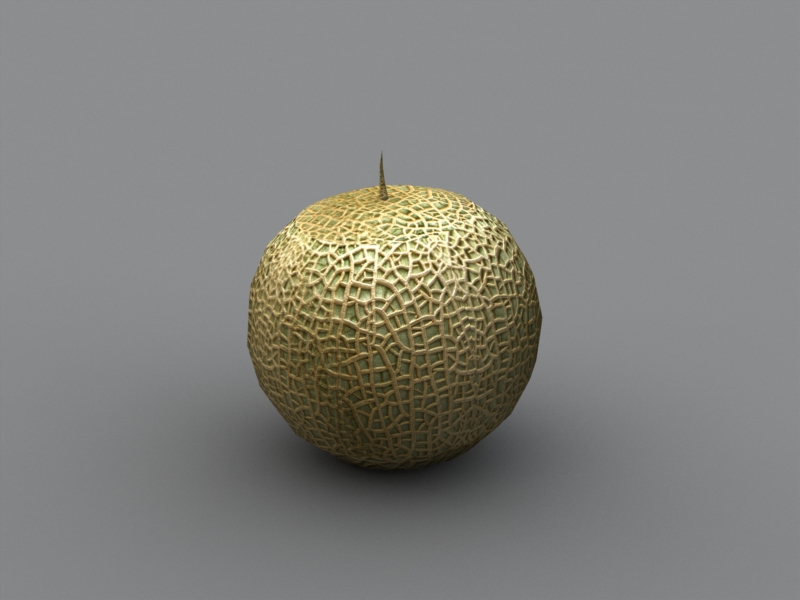 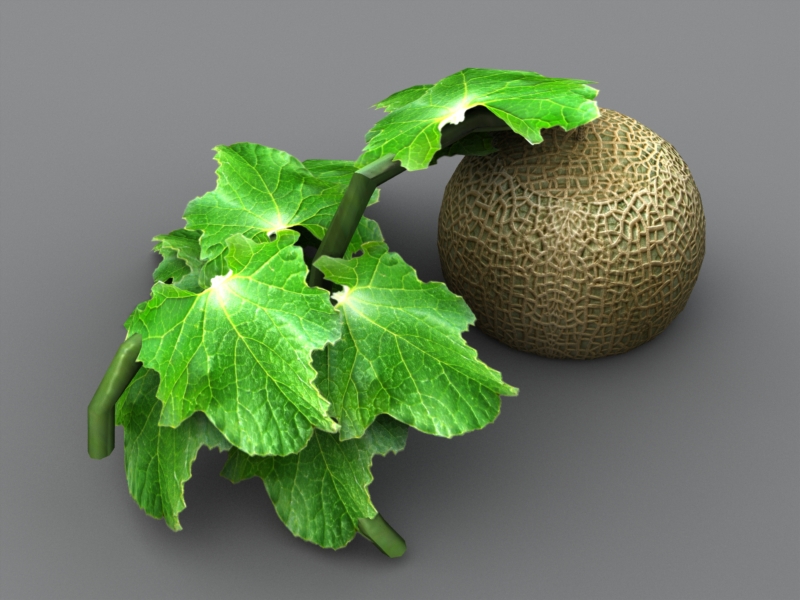 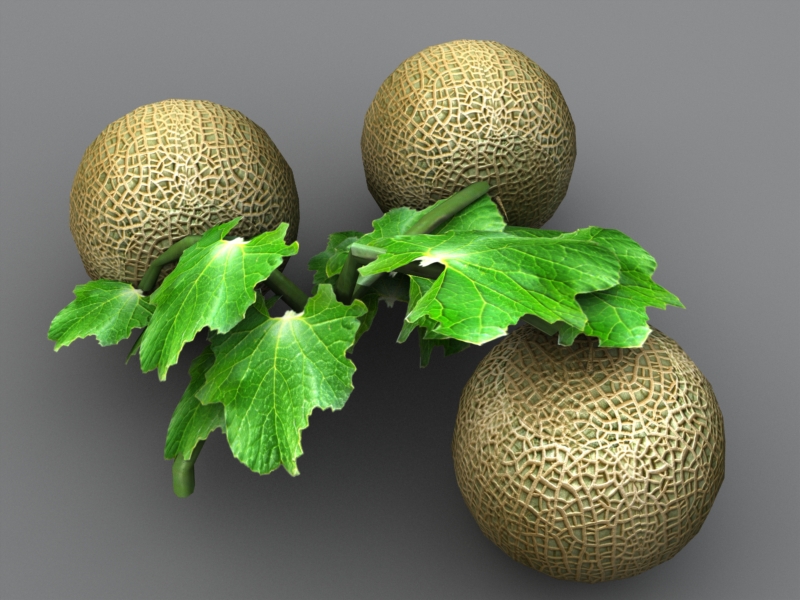 The strawberry is sold in a single patch; so, the price of one single product is very low. As the melon, this fruit gives some energy to the player when it is eaten. The production of this fruit is also less expensive. The time of growth is however more or less high. The strawberry also has the advantage to cost less than the melon in terms of energy; buying 6 strawberries recovers 30% of the player’s energy and would be more cost-effective in that aspect than buying a melon for energy recovery. Take note that the energy feature (from Rest System) linked to this product is, as specified above, not official yet. 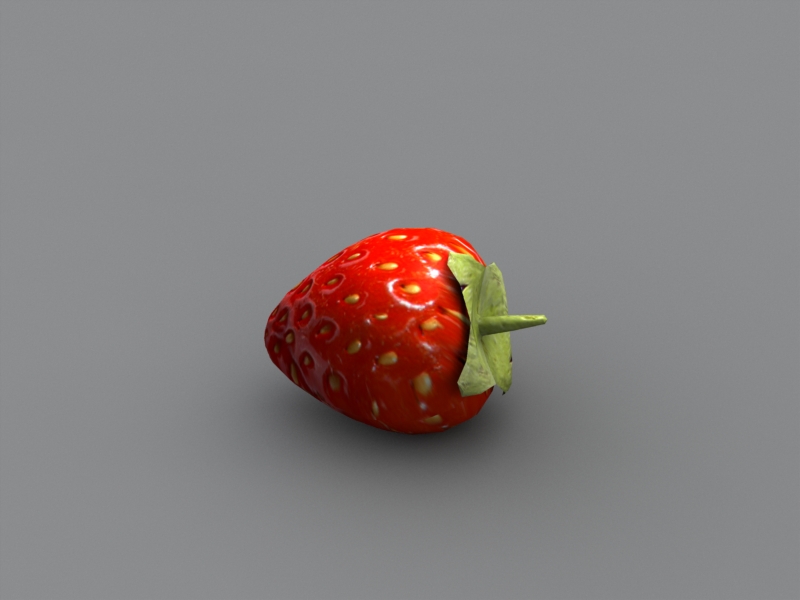 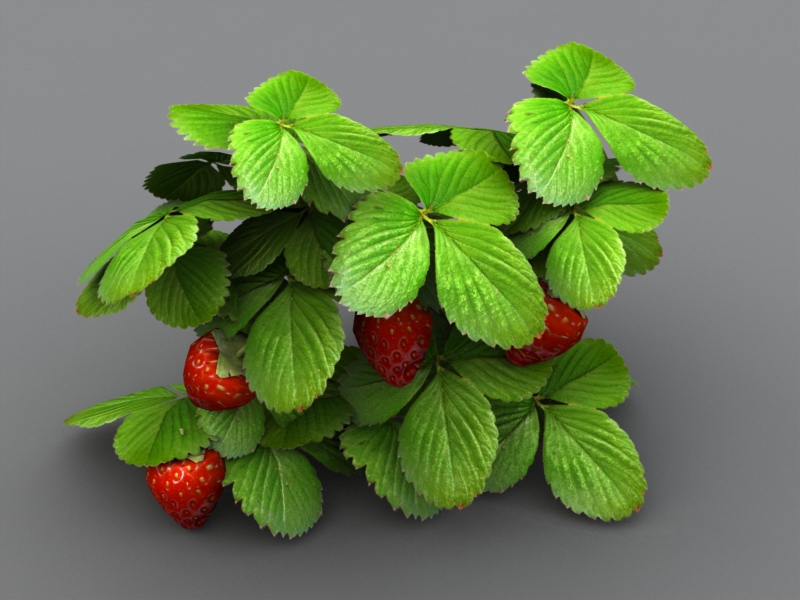 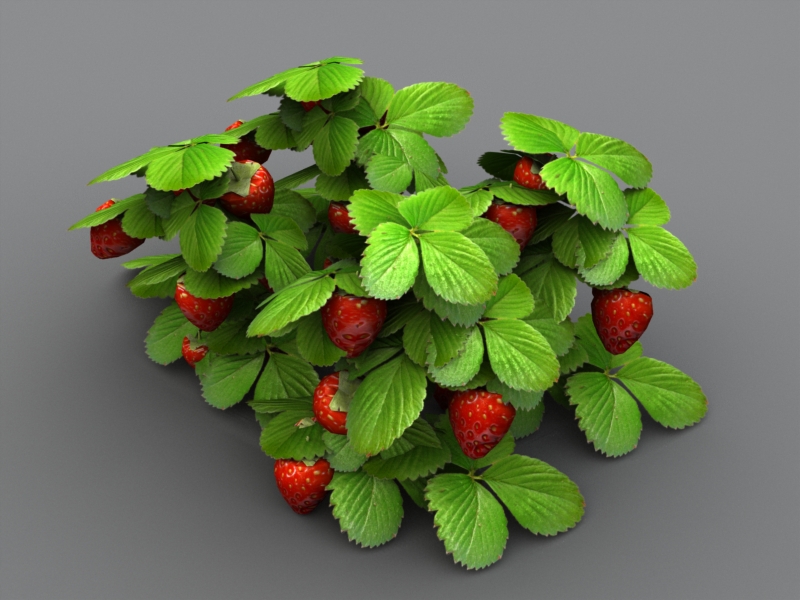 *More products will come later. For the moment, the Farming System contains only the products above.

This is great news! Although I found your mod very recently, I already love it for the sheer amount of work and dedication put into it. This mod will go far! Keep up the great work! :)

I like the concepts being put into your mod. I think 6 hour cycles are a little long. Perhaps making it modifiable instead of a constant would be better.

We had discussions about the idea to eventually reduce each cycle at 3 hours instead of 6 hours. During the last hours, we realized that maybe 6 hours is a too long period of time for day / night transition, since some players will play during different timezones and will have the bad luck to only evolve in the OW during the day or only during the night during their playing. So, we discuss about it at the moment, and we will take a official decision soon.

Truly amazing update. Soooo much good stuff to wait for!