is a Singleplayer & Multiplayer total conversion of Mount & Blade II Bannerlord, that brings the world of Tolkien into the game. This includes: characters, locations, weapons etc. from The Lord of the Rings, The Hobbit, Silmarillion and other works by Tolkien and media made for his universe. 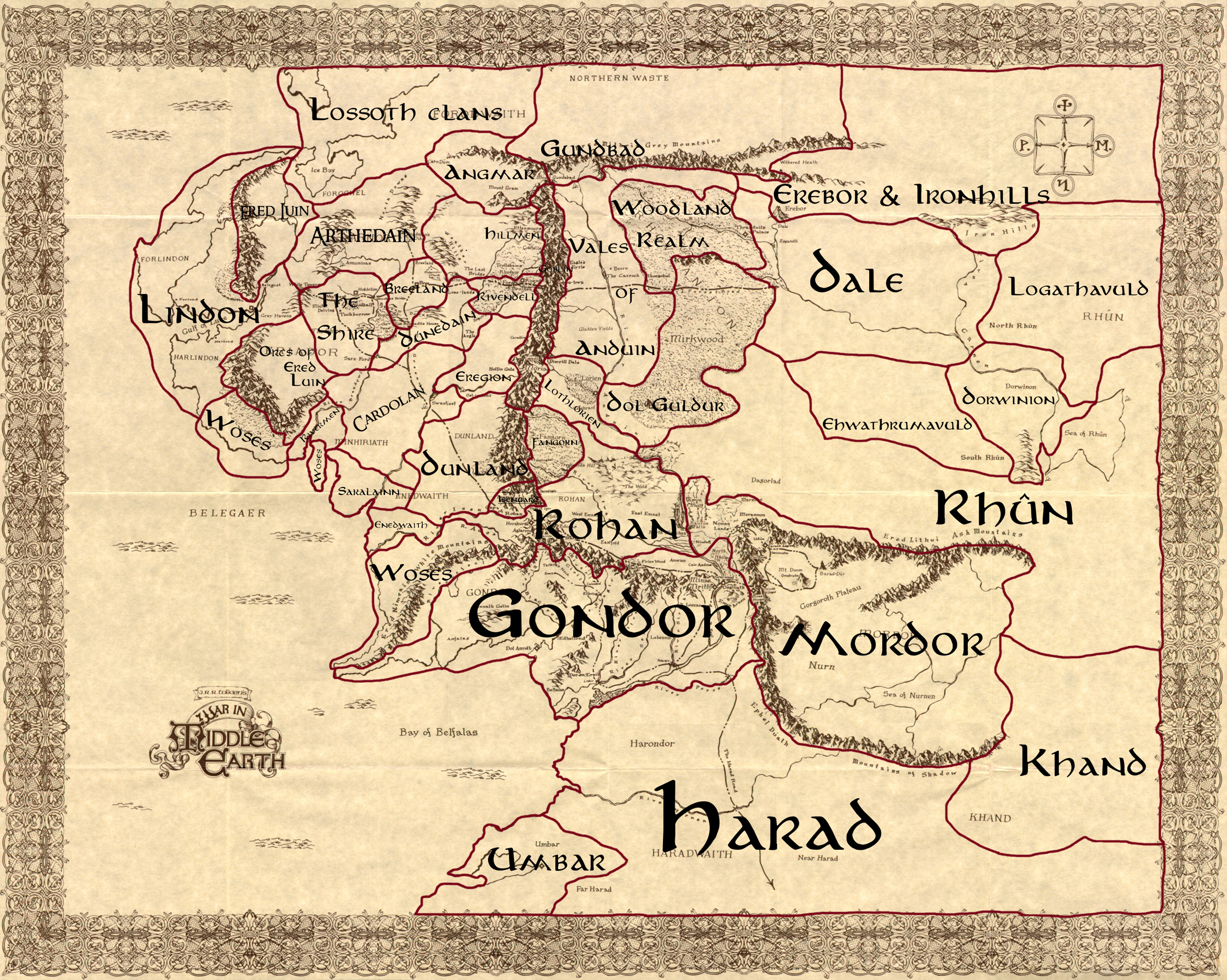 First release will include:

Thanks for voting and helping Kingdoms of Arda on it's quest to become the 2021 Mod of the Year. You are now in with a chance to score some free games from our #modlove collection. Help this mod secure more votes by embedding the widget (or link) we have included below on your favorite sites.

Here is a article with some questions that have been frequently (and some not so frequently) asked questions about KoA (Kingdoms of Arda).

-Do you have a discord?

Feel free to come and join the community!

-How long until KoA releases?

It is impossible to answer this right now, it is still a long time until then. The mod tools have accelerated our production, but we can't and won't give a date.

-What inspiration will KoA take from the movies, the books, TLD, etc?

Our primary inspiration is from the main trilogy, the books will be used to supplement them in times of lack of creativity or poor choices. TLD is a big inspiration being the biggest LotR mod for Bannerlord's predecessor. We are familiar with the vast majority of LotR works, if we are not using ideas from one of them, its likely on purpose.

-What art direction will this mod be taking?

We will be following the Weta designs for the movies almost entirely. We will use other sources such as concept, Games Workshop and previous Lord of the Rings modifications. We will not follow much from Shadow of Mordor and LOTRO.

-When will KoA take place in?

January, 3016 T.A. (2 years before The Fellowship leaves Rivendell). It will be possible for the player to attend the Council of Elrond along with other events mentioned in the books & movies.

-Where will KoA take place?

We plan to cover a very large portion of Middle Earth (with the possibility to expand further south, north and east). Although first version will only cover Gondor, Rohan, Mordor, Isengard, Harad, and Dunland, the map will be expanded far in all directions. We will be detailing Middle-earth throughout the development of the mod.

-Can you reforge Arnor?

Arnor as part of the Reunited Kingdom, yes.

-Can I join the Fellowship?

-Yes you will be able to join The Fellowship if you are present at the Council of Elrond and have the right amount of influence etc. with certain characters. As an evil character you are able to oppose the Fellowship as well.

-What races will there be?

Playable races: Men, Dúnedain, Elves, Dwarves, Hobbits, Orcs, Goblins, Uruks *We do understand that orc and goblin describe the same thing. But the orcs from places like Moria and Goblin-Town will feature a different skeleton, facial features, skin tones, and body mass compared to an orc from somewhere like Mordor. We describe the race that typically lives in caves as "Goblins" and the ones elsewhere as "orcs". Non-playable: Trolls, Ents, Half-trolls, Oathbreakers (Ghosts), Barrow-wights Mounts: Wargs, Mumakil, Great Beasts

-Will there be fellbeasts, dragons, chariots, boars, rams, goats, pigs, elk, deer or any similar type of mounts?

No. Some of these would be impossible to add realistically and visually appealing to Bannerlord(fellbeasts and dragons). While the others are not lore-accurate, break balance (dwarven cavalry), and not visually appealing to the team, so the amount of work to put in these complex mounts would not be worth it. We will include new skeletons for various races like hobbits, dwarves, wargs, trolls, goblins etc. We plan to add Gollum as well, but it all depends if we can make visual appealing animations.

-Will it be possible to kill certain characters (Frodo, Aragorn, Saruman etc.)?

Yes! It is possible to kill pretty much everyone, but if they are known characters they will be more unlikely to die. Characters like the Nazgûl can’t be killed until Sauron is destroyed.

-What are the factions and settlements?

There will be approximately be 25 major factions factions with a large spattering of minor factions. Learn more here: Moddb.com

-Will you take advantage of the crafting system?

-Can I create my own kingdom, castle or be king?

No. The player can be a lord and own land, but not be a faction leader.

-Will music from the films be added?

No, this is not needed because our musicians will make our own soundtrack.

-What is story mode?

Story mode is entirely separate from our campaign. It is a series of scenarios that can be played from the perspective of a hero or soldier. Examples are Aragorn at Helm’s Deep or Éowyn at the Battle of Pelennor Fields.

-Can I donate money to the modding team?

No, we are not accepting donations.

Find out how Kingdoms Of Ardas Soundtrack will be implemented into the Game.

Taleworlds has released their long-awaited modding tools to the community, many of the things we could not do before are now possible. Asset implementation...

A compilation of all of the completed and up to date troop trees for Kingdoms of Arda.

I have so many questions right now, like what will you do with Bannerlord aging system? It would be kinda suck if characters like Gandalf or the elves die as soon as they reach 50. And will there be characters from the book like Elrohir, Elladan, Imrahil and Beregond...?

We are basically going to halt the aging. We'll turn the years back into 365 days, so death by age wont be relevant.

Yes, basically every character of the time will be included.

What specific inspiration will you take from TLD?

Sorry, I dont have a list to provide, especially when it is something regarding generic inspiration.

Hi,thre will be a plan for the magic system in the mod?
And thanks for all your hardworks from music to the lore videos.

There will be no magic system.

Elves will there be OP - like in Tolklkien books - or balanced like usual in games? Will be there races bonuses/perks or just diffrent adjustment stats?

They will have some of the strongest troops. But if we are balancing a game, they will have negatives so they wont be op.

Balance game can by achieved by quantity not only quality.

Hence why they won't be op^

What about player character?

The player is the player, mount and blade is a power fantasy^

So, player character can't be elf? (In Mount & Blade there is no elves)
Or can be just elf-looking human (with no elves abilities from Tolkien books)? (In later releases with elven factions)