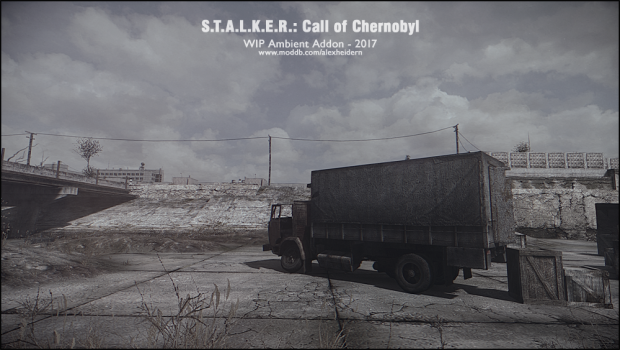 Hello everybody! It has been sometime, I guess.

While perhaps people who know me would likely want this to be an article about HESK: Hyugaren (my mod for ZDoom), this isn't the case. Even though that mod has a lot of progress (no, I'm not talking about more meaningless code this time... I'm talking about some new fully implemented weapons, enemies and a very enhanced gameplay -final version for most of the coding part-), I intend to keep the work on said mod in low light, in silence. I don't want to play with people's enthusiasm further.

This time, I'll present to you with a new concept I'm working on for my favourite game for the past 5 years: S.T.A.L.K.E.R.

After some months of highs and lows in life, I've come to crave for some projection. While S.T.A.L.K.E.R. (along with Silent Hill) was always my inspiration backbone for atmosphere in videogames, I wanted to do the opposite thing this time: Be me who influenced the game.

So, after a very much needed GPU upgrade (I could play games with the onboard card, but at low resolution, and I still wanted to experiment with Reshade, ENB and other things), and after a full upgrade of my Call of Chernobyl version with new mods, I decided to not install Hexagonsphere and make a full new Reshade preset instead.

However, I've come to the idea that if I would play with the atmosphere of the game, I could do it not only with new graphics, but also with new sounds and music. So that's essentially what I'm doing right now: Making new music and adding (new and modified) sounds to S.T.A.L.K.E.R. Call of Chernobyl, to cater with the new game's appareance.

The main idea is that, while this based series has a very impressive and deep atmosphere by default (vanilla), it is thought to be enjoyed. Perhaps you'll think that it is obvious, because a game is meant to be enjoyed. Well, what I want is to give the S.T.A.L.K.E.R. Zone a more realistic approach: That you won't feel entertained by the landscape, excited by the battles, or amused by the monsters. I want the player to feel despaired, hopeless, even worn out by the dead surroundings; resigned to and hurt by the battle; feel a pitiful and even empathic sentiment for the monsters, the zombies.

And I think that is possible to achieve such goal, exposing the right influence through graphics, musics and sounds.

So, as this new preset is in a very good path (I won't say it is finished, but it's in a very advanced stage), and as I don't think I'll mess with native shaders at all (I can't promise anything), I wanted to share some screenshots with you.

With nothing more to add, I hope you enjoy the gloomy captures, and if you would like to say something, you're very welcome to leave some comments. 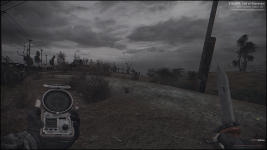 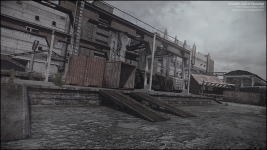 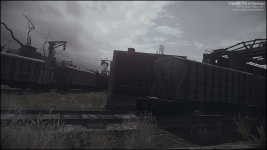 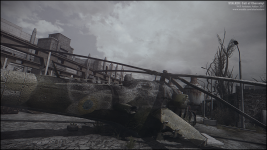 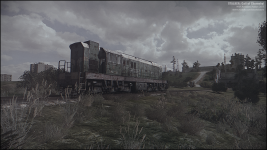 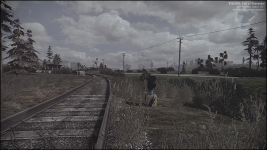 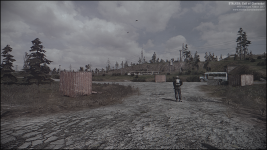 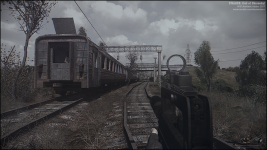 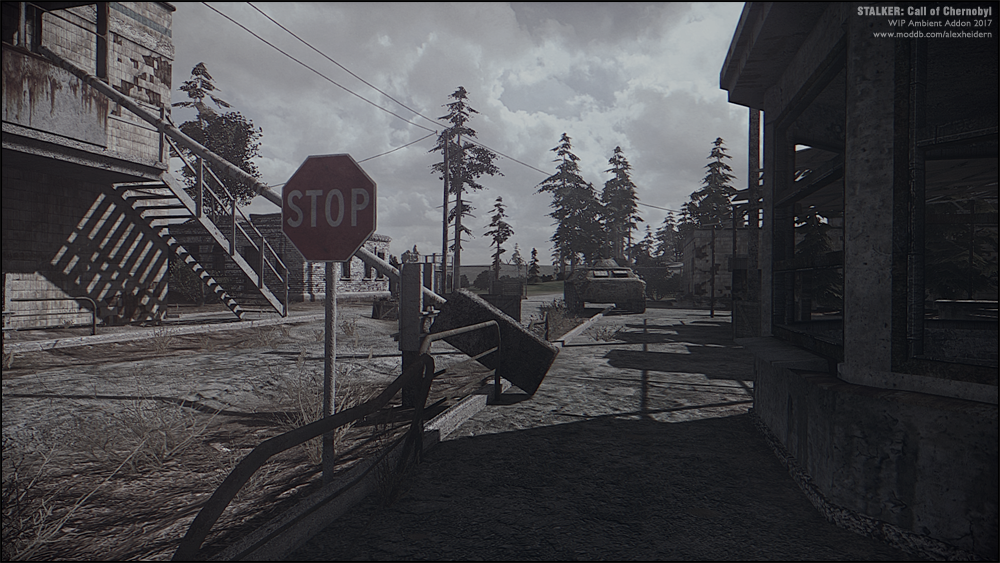 Thanks for your constant support, sir! I appreciate it!

This should be awesome for the Loner's history series.

Thanks d4v33edz! I hope not to dissapoint.

Wow, this looks very promising, good luck on your work!

Thank you! All the best.

It looks cool, but how do you people can play with it? It is destroying my eyes..

That's ENB for you. Okay-ish for pictures (lel look no photoshop!11) and really ****** for actual gameplay. Unless you make one yourself so it doesn't contain truckloads of DOF, sharpening or contrast modifying effects. Personally I use ReShade for Anti-Aliasing and Ambient Occlusion only (AO is in base game but it looks weird and often causes crashes)

xtul: Reshade is quite messy for Depth-related effect, unless you have somewhat coding skills to handle variable masks (as it is needed for transparent HUD, like the one I intend the mod to be use with).

I would certainly make a more exhaustive and native-based modification to the graphics, if only I could make actual shader coding, and not only change values in an injector.

Sadly, my current knowledges limites me to play with contrast, custom color palettes and some other fancy superficial effects. And in that regard, I'll go as far as I can.

hahaha I guess it's a matter of taste. I am more comfortable playing with more definition, less constrast and a more limited palette.

You're welcome! It's my pleasure.

What's the estimated release date on this sir?

I don't know for sure, because editing sounds is a very exhaustive task (well, at least if one is perfectionist and wants to test them in-game as they should), and I want to release everything at once.

But well, I guess in the meantime we can have some nice wallpapers hahaha

in Soviet Russia, Mod releases YOU!

Dumb question would this work with no sun shadows? My PC can't handle sun shadows

It should work as long as you use DirectX 11 (It should look the same with DirectX 10, but I haven't tested on it, yet).

If you are talking about static lighting, it would be DirectX 8, which won't be even compatible with the addon (DirectX 9 will be, but it won't look the same - You'll have to tweak bright levels).

I'm not sure if you'll see this message, but just for people to know: You can download it right in my Addons sections here on ModDB.