With Halloween upon us, I thought today to be the perfect day to talk about the Flood - since we get a lot of questions asking us if they will ever be included in Evolutions: Real Time Strategy Evolved as a playable faction, or even as an NPC for Skirmish/Multiplayer maps.

So, today we can finally confirm that the Flood will be included in the mod, implemented as an NPC only faction. There are no future plans to create a playable faction for the Flood, as far as is currently planned. 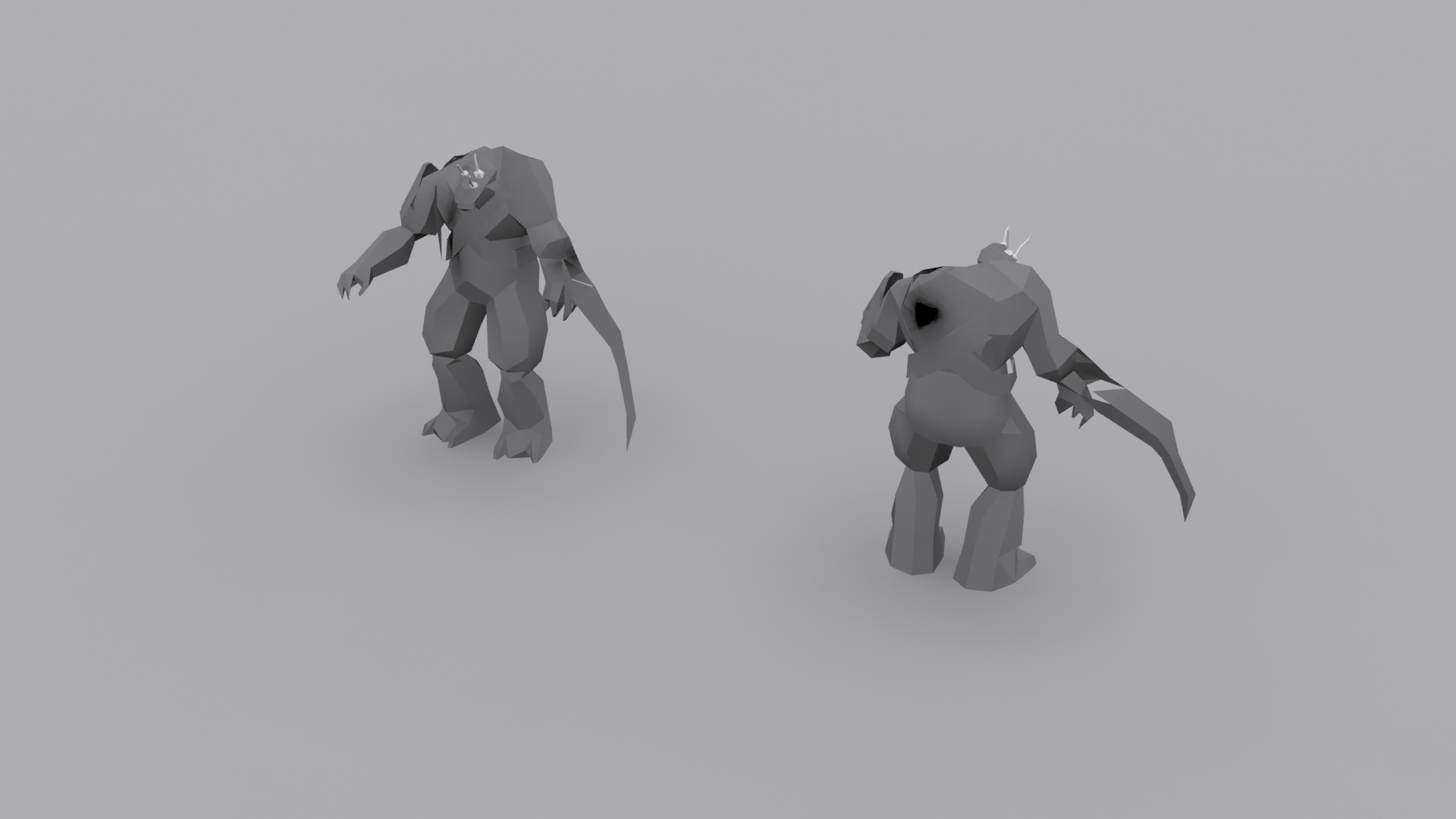 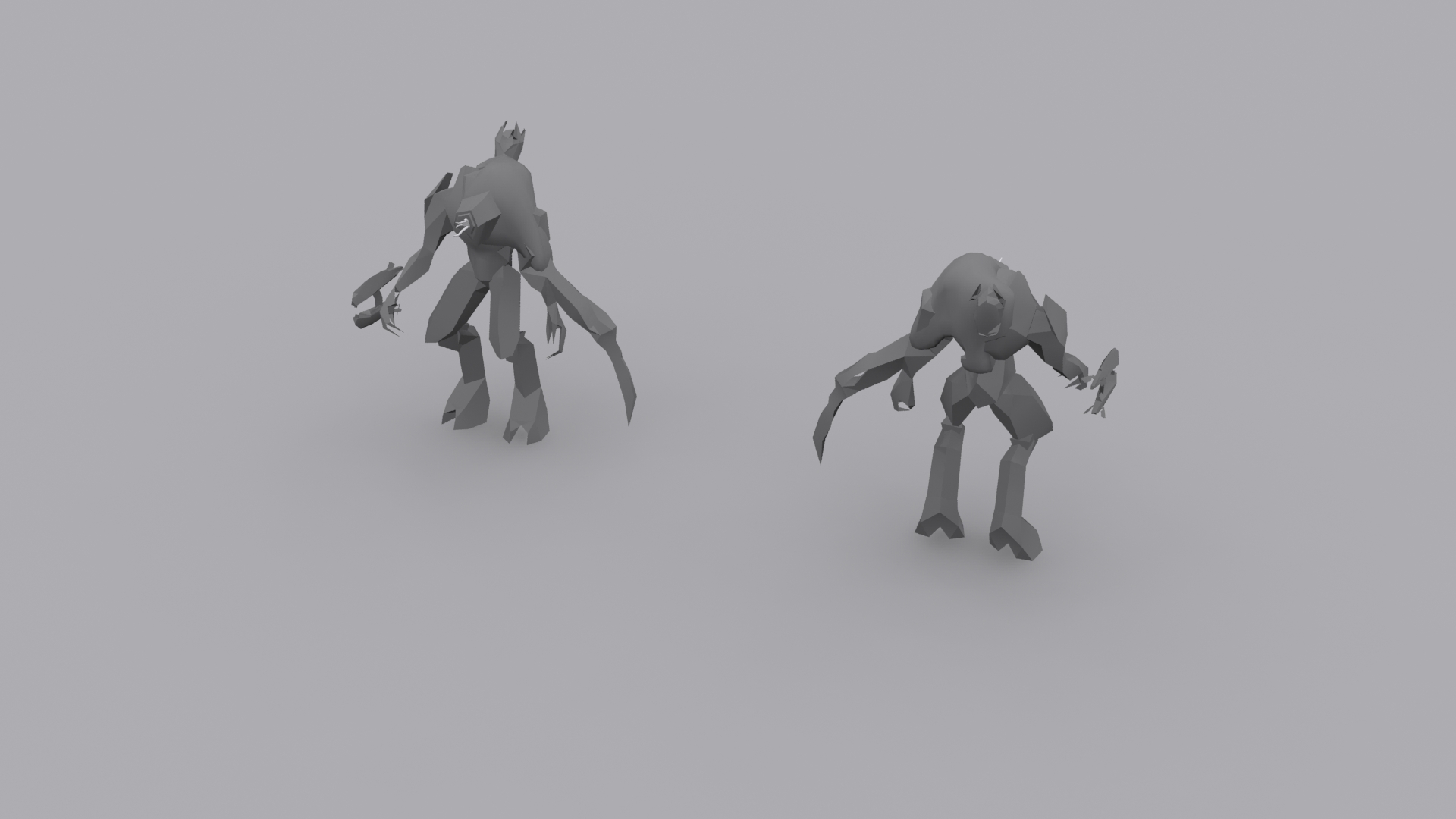 The Jiralhanae Combat Form is a formidable enemy, and is more aggressive in combat than other Combat Forms, charging towards an opponent recklessly; this behavior is most likely a result of the Jiralhanae's savage nature, and preference for close combat.

The Sangheili Combat Form is an intimidating foe, as it is extremely agile and resilient, able to endure damage as equally as it's dolled out. It is also capable of utilizing some of its host's armor abilities, such as the energy shields, to assist them in combat. The Sangheili Combat Forms are slightly larger than the Human form, and as such present a larger target. 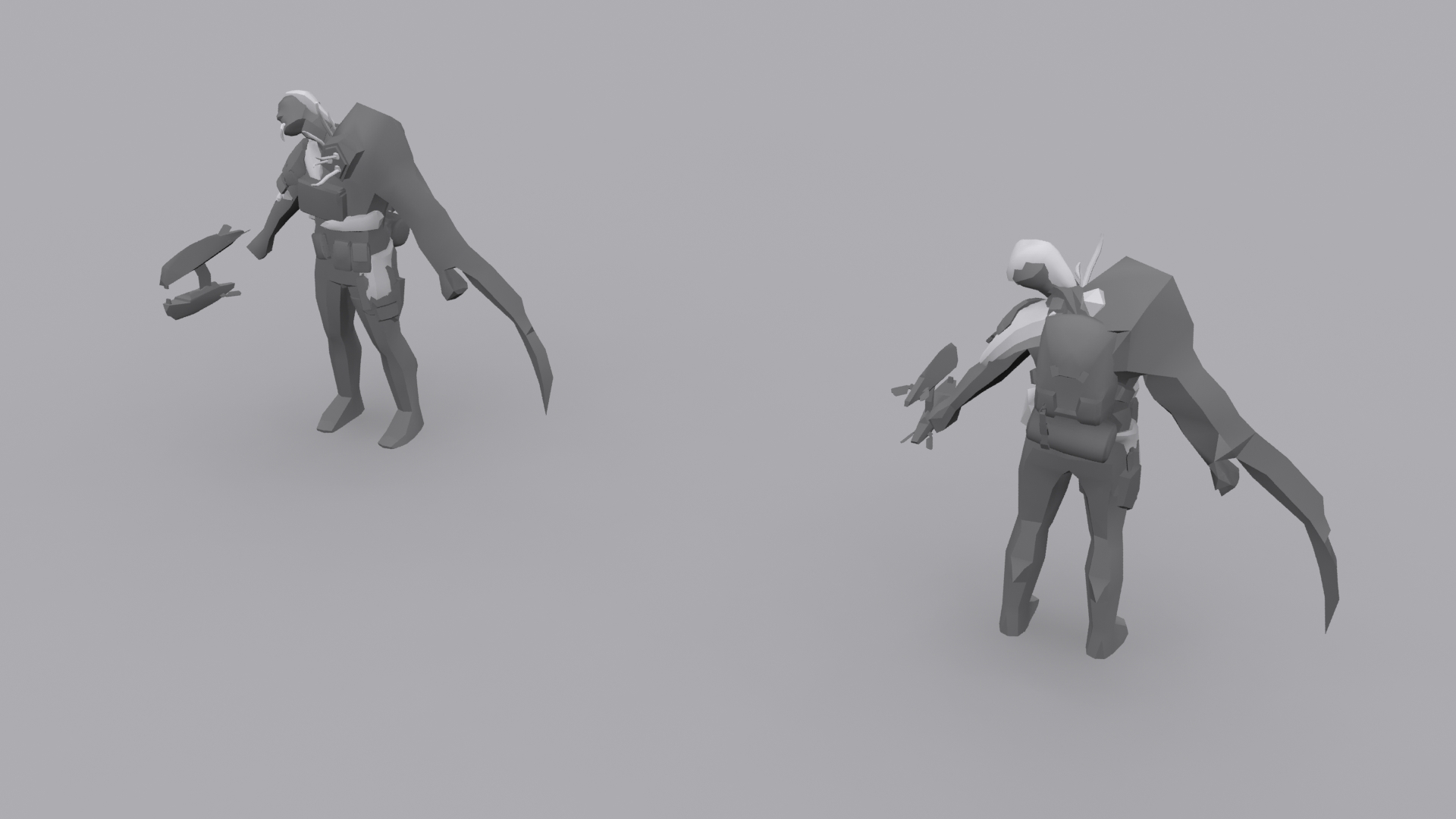 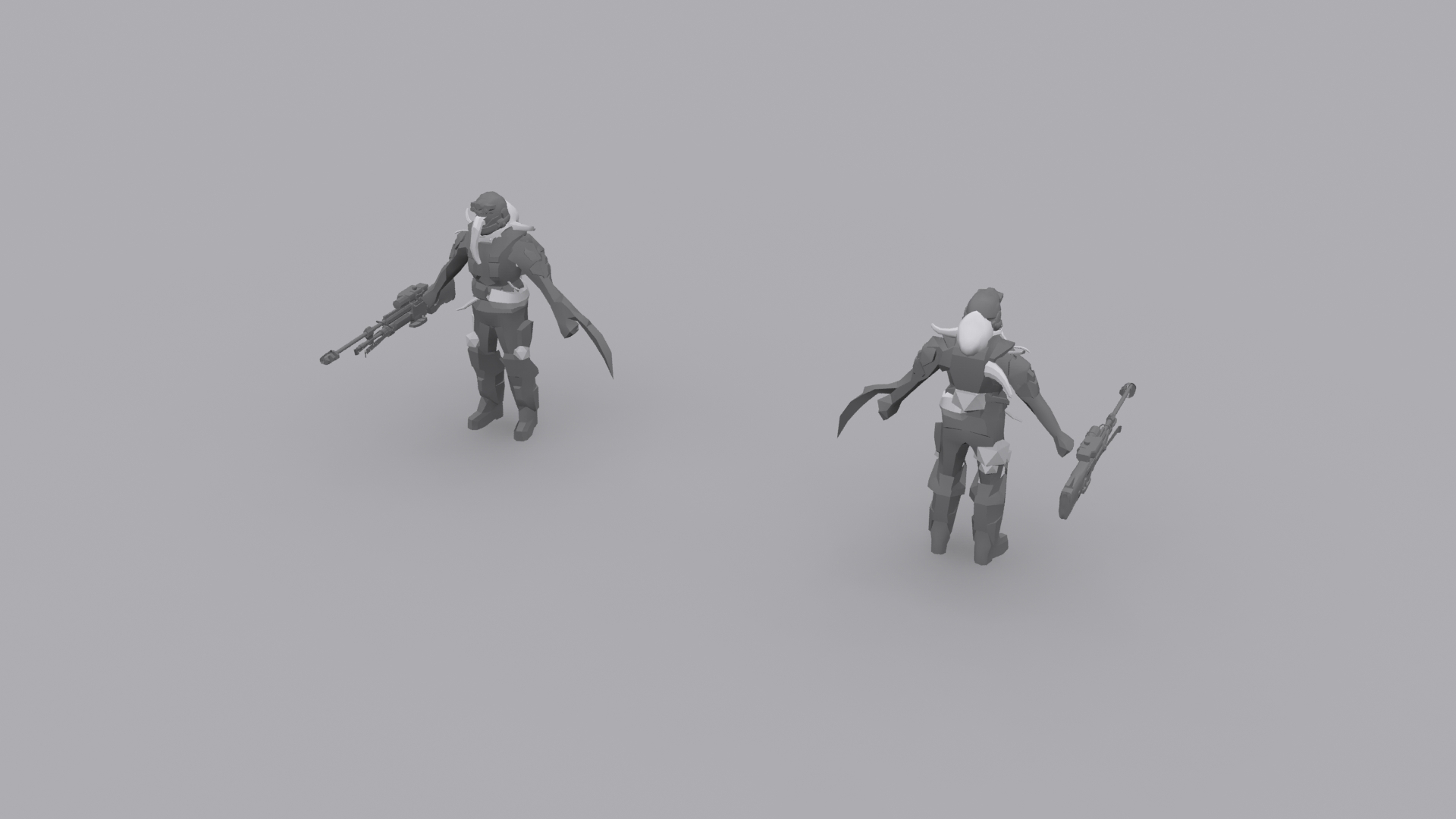 The Human Combat Form is significantly smaller than other forms due to their original smaller size. As with other Combat Forms, it is capable of sustaining massive physical damage before being unusable to the Flood infestation; in fact, as long as the chest cavity and legs remain intact, it will continue to fight. Although it cannot take as much damage as the Sangheili Combat Form can, the Human Form has some advantages, especially in numbers.

The ODST Combat Form is more precise with its shots compared to the Human Combat Form, this is because of the special training the ODST have endured. Just like the other combat forms, it is capable of sustaining massive physical damage and because they still have their helmet's on its harder for any trained soldier to shoot the infection form in its vital parts to take them down. 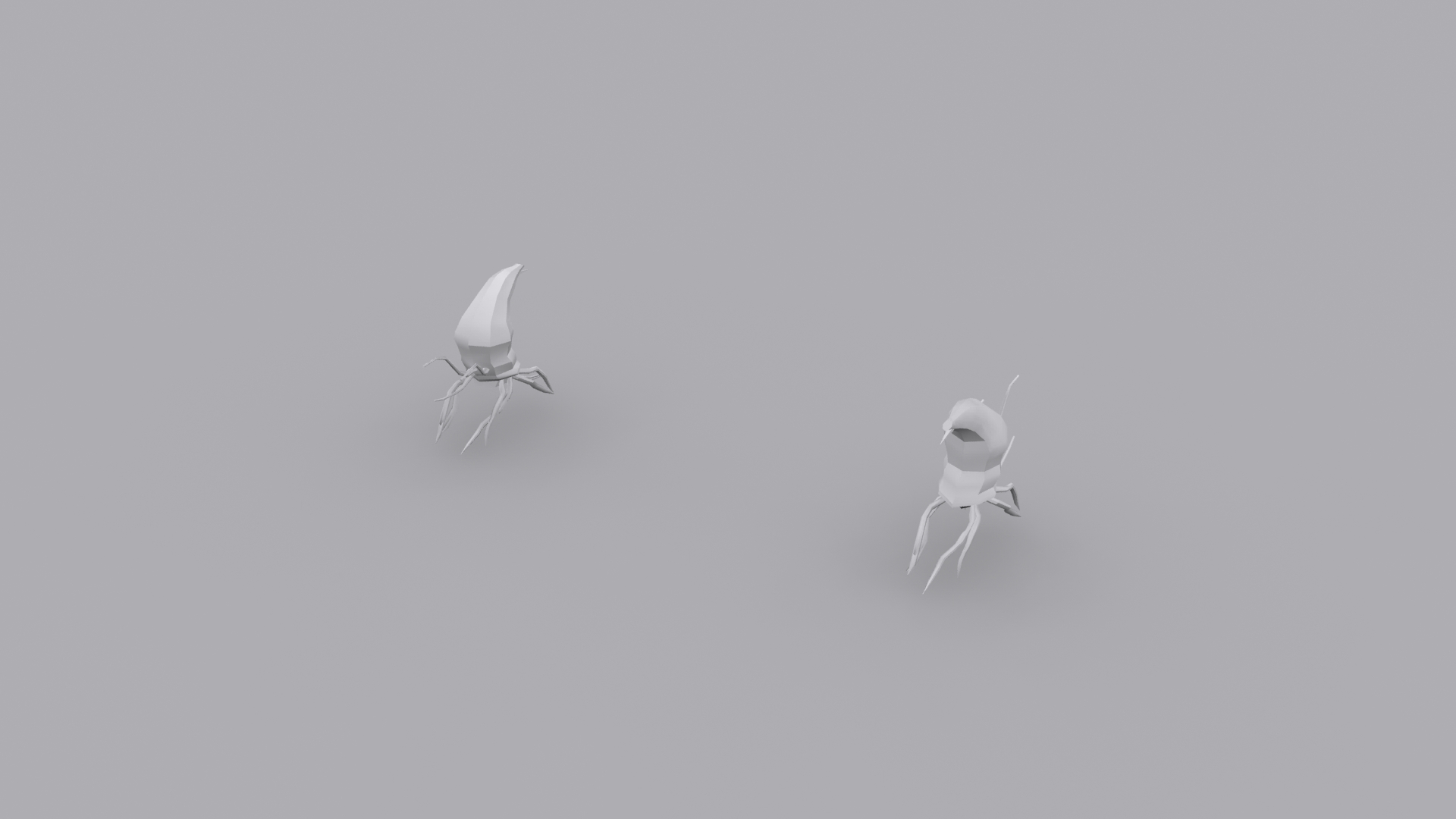 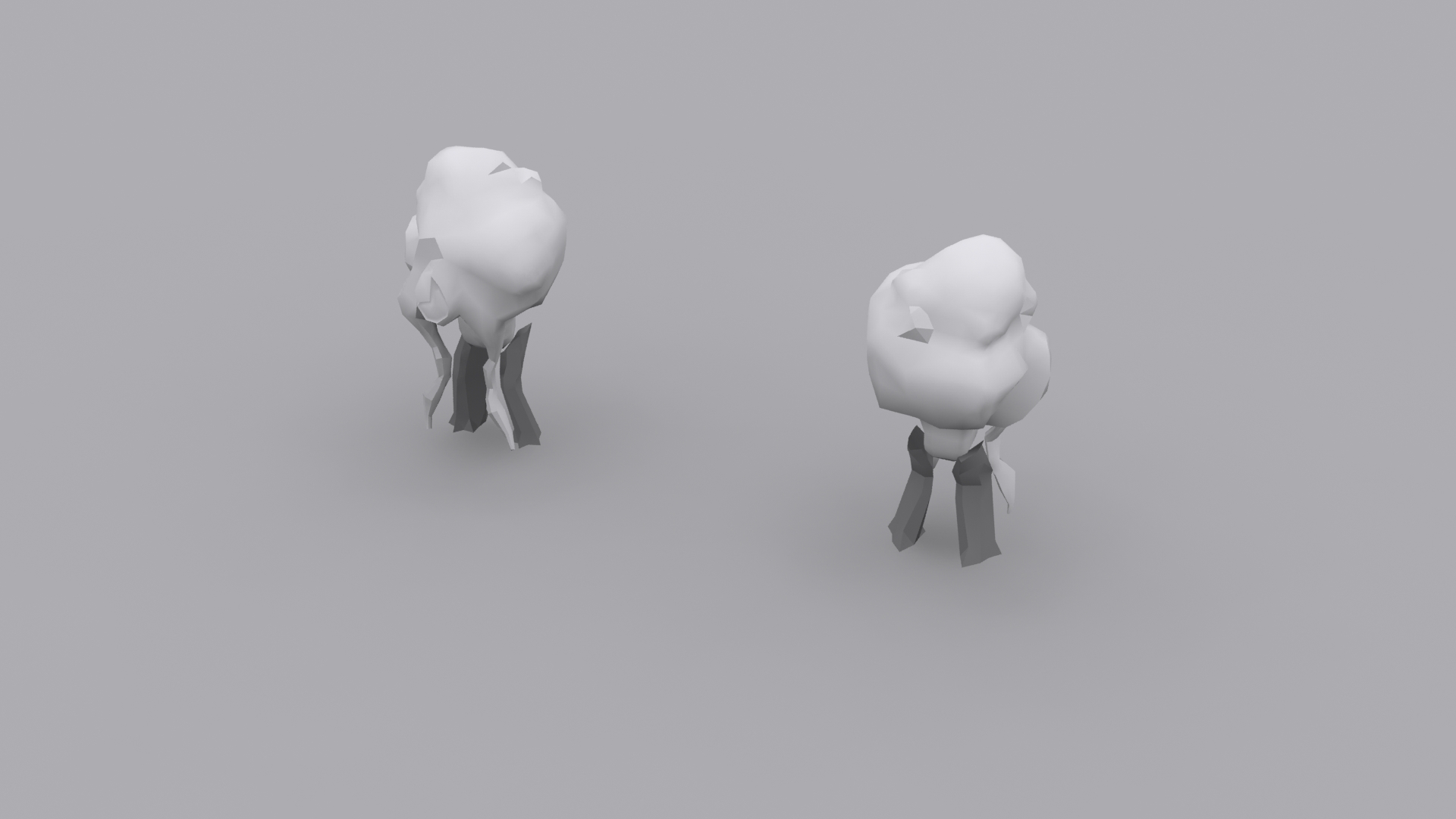 The Flood Infection Form might appear at first glance to be little more than a harmless and repulsive creature, but once it gains physical contact with a biological host, it instantly becomes a deadly foe.

Infection Forms will gather in large swarms, attacking in unison with their claws and tentacles. Infection Forms also reanimated disabled Combat Forms if there are any nearby, following the same process as with uninfected hosts without releasing the Super Cell.

Carrier Forms are usually considered slow and of little threat, unless they are close to the player. However, one particularly dangerous trait of exploding Carrier Forms is the explosive chain reactions they can cause. A Carrier explosion has a similar effect to a fragmentation grenade, and deals damage to anything nearby - even light and heavy weight vehicles. 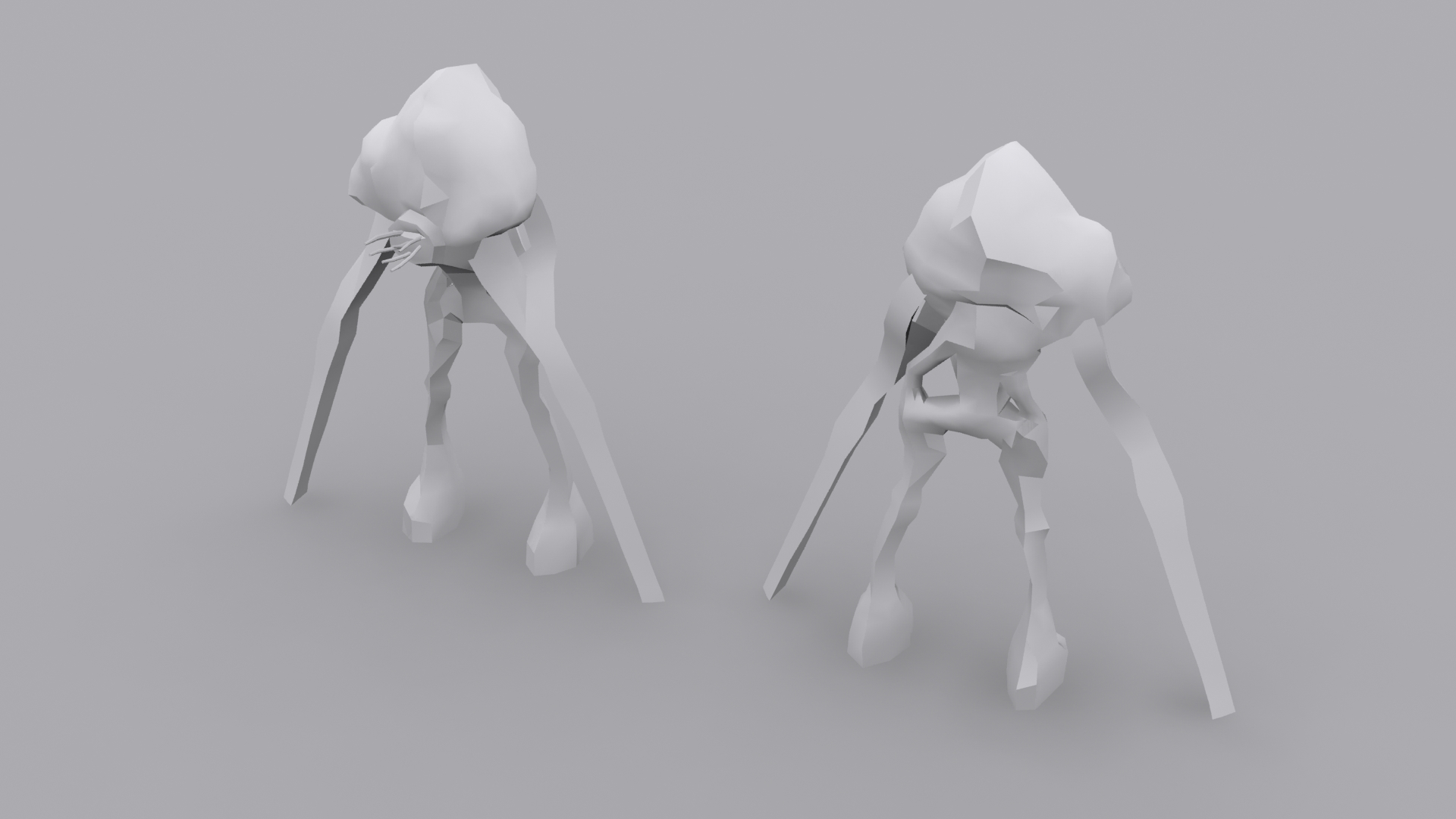 Named for its size and its power, the Flood Juggernaut is very large, about twice as tall as a Elites. Its mighty tentacles can kill most enemies in a single strike. There is nothing left of any host in this form, other than the raw materials. Even the calcium has been broken down to function as natural armor.

The Juggernaut has two extremely large tentacles that can kill with only one hit. Some have spikes on their tentacles. The Juggernaut appears to be very tough, resisting almost anything, and making its death even harder to achieve, because of its natural armor intel advise to use heavier weapons against this creature.

And with this, we end the spooky scary flood update, and hope to see you next time!

We're so sorry, flood
You're so misunderstood
You only want to eat us all
(But I don't think you should)

HELL
YES
Finally, something to love

Oh yes, I hope you added some kind of ''firefight'' mode. Players start like in any other gamemode with their bases and stuff, but the enemy NPCS spawn units inn waves of different duration and difficulty from the edges of the map. Holding off waves of flood units and vehicles would be perfect for this. Examples in other RTS:


Now talking about the flood itself, have you considered adding more forms? Remember the flood can also use any vehicle. will your units transform into flood when killed by spores? Will they capture vehicles? Depending how you apply them they may be too OP, like in sins of the prophets.

Yes it's possible in the SAGE engine to have infantry transform in a different unit, so we will see if we can make that because that's how flood work.

These were pretty fun to make, especially that Juggernaut and Carrier. Spooky scary indeed!

These are awesome! Will the flood be a playable faction, recruitable from special buildings like the mutant hub, or simply environmental haphazards? Keep up the great work though! I can't wait!

If they ever will be playable I will in fact cream my pants.. Keep up that good work!!

I really hope you decide to make flood playable someday in the future. I would worship you as gods. No joke.

Don't forget about the flood Swarm and Carriers that can be seen in Halo Wars.

Question for now how will the flood work, will they populate random maps?

****, in every single Halo mod the flood are always, every time, without fail, unplayable.

Things can change maybe HW 2 can inspire us with some designs ;)

Exactly, maybe you just want all of us to play the mod without having to wait for another full-fledged faction which would take even more time ;) at least I hope

the problem with a flood faction is mostly design we can use the proto grave mind and some designs from Halo Wars 1 but the unit roster would be to small to even counter attack the unsc/covenant.

Very true and obviously you still have some forms from halo wars and the pure forms in Halo 3 to make and if HW2 doesn't give you a sufficient number of ideas perhaps you could make your own designs. Canon or not it wouldn't bother me. But it is however you want to do it man I absolutely can not wait to play as my covies good luck with you progress!

Buuuut, that's not necessarily a bad thing, the unit variety can easily come from infecting enemy units and buildings

Ayy, the juggernaut was an idea for one of the older halos but never made it in game right? me like

Yeah it was planned for Halo 2 and was left in the game files after it released.

Nice to see it in this mod tho, even tho i hoped to fight it in first person but this is also amazing, like halo wars but more expanded, i mean we even got the heretic aliens in this mod :D you guys do an amazing job

There's modded halo 2 save files you can get for original xbox that let you fight it, it's not all that interesting to fight sadly. It takes tons of ammo to kill, moves really slow, and can jumpstomp you like Super Mario. When it dies the feelers on the face vanish and it just stands still because it is very unfinished.

I think, that only when the mod is released and you guys have gotten about a month's worth of feedback; should you consider making The Flood a playable faction. Sins of The Prophets has them as an AI only and they are OP as ****, imagine that as a playable race.

Actually, that'd be a good way of balancing them better. Meh, it's up to you fabulous beauties.