Beta testers are going through their second playthrough, testing the updated content.

After feedback from the first play-through, a substantial chunk of content was added to provide optional pathways to complete the Threat of the Trinity. Concomitant with that, a set of optional quests was included, as well as a complete set of ‘Random Encounters’.

The blog has been a little quiet, but not so behind the scenes. The past few months were a flurry of activity for me, as I overreached a bit and added a sizable slice of new content. In fact, this new chunk of content has more maps/areas than the original game. I just couldn’t help myself I guess.

The beta-testers were split on the difficulty of the overall ‘game’, with one feeling it was hard, but doable. The other felt it was hard, and maybe a bit too hard. Certain aspects of Threat of the Trinity are pretty brutal. Without getting into detail about what that brutality is, I can say that I decided to overcome it, or at least address it, by adding this new content. The beta-testers did not feel that the brutality was bad really, but at least one thought that some alternative pathway, or ways to address the difficulties, would be good.

So I set forth to create a series of ‘optional quests’ which, though not critical, can make certain aspects of the Threat of the Trinity a bit easier to get through. They are non-critical, and a hardcore player could just forgo them and forge ahead with a direct assault on the original content.

While forging ahead with that I decided to finish my partially completed set of random encounters. They are now done and polished and in game. Around 30 encounters, ranging from a lonely campsite in the grasslands, to 6 level lost ruins, complete with treasures, monsters, and NPCs.

ENCOUNTER IN THE MOUNTAINS

Another issue I addressed recently, was the need for in ‘town’ saves. Some townes, castles and encounters are quite large, and not being able to save in them might be a bit of nuisance. Some locations have a large expansion of the gameplay found in Maginica, where it is a towne, but you can be attacked. So, taking these points into account, I added in towne saves.

A couple of more default Ultima IV bugs have been discovered and squashed. I am not sure if they were reported before, but there were a couple I had never seen before.

One was attackable chests in towns. Chests left from combat in townes (rare in default Ultima IV, granted) can be attacked and engaged in combat. Additionally, they talk! They retain the spirit of the NPC who ‘dropped’ them. Weird, bug, which has been sitting there for years, and unknown to most. In Trinity, this bug is gone.

Another bug, which many DOS players may not have recognized as a bug, but certainly seemed a little odd, was the Inn Encounter bug. Once every 8 inn visits, approximately, the Avatar will take a ‘stroll’ in the night and encoutner a group of rogues. Curiously, his companions will appear in the same spot as him in the combat, and will have to, one by one, step out of the Avatar’s location to engage the enemy. This is not the case in the Apple II original. There, the Avatar chooses to take a stroll by himself, so he engages the rogues alone, without his companions standing directly on his location in the combat map. Makes sense once you think about it, and is clearly a bug. So now, in Trinity, the avatar will once again take a stroll by himself.

THE AVATAR TAKES A STROLL ALONE...

THE AVATAR TAKES A STROLL ALONE...IN THREAT OF THE TRINITY

Well then, I am sure the handful who read this blog have one question in mind: When will it be released?

Frankly, it could be released right now. It is 99.9% done. It just needs a final pass to weed out any remaining bugs, and to ensure that the new content works. To that end the Beta-testes are doing another complete playthrough (They are dauntless). Once they are done, and they and I are satisfied, then it will be 100% done.

When it is 100% done, I will think about a release date. And a release method. I am a little loath to do a digital release. In this day and age, downloading an app or a game just seems so cheap and trivial. Digital distribution has taken away the wonder of buying a game with a box, a map, booklets and other goodies (maybe digital distribution hasn’t taken this away, but they are certainly two extremes). I don’t feel it would be really right to distribute this ‘mod’ digitally, considering the origin of the game, and its place in the legends of ‘feelies’ releases. 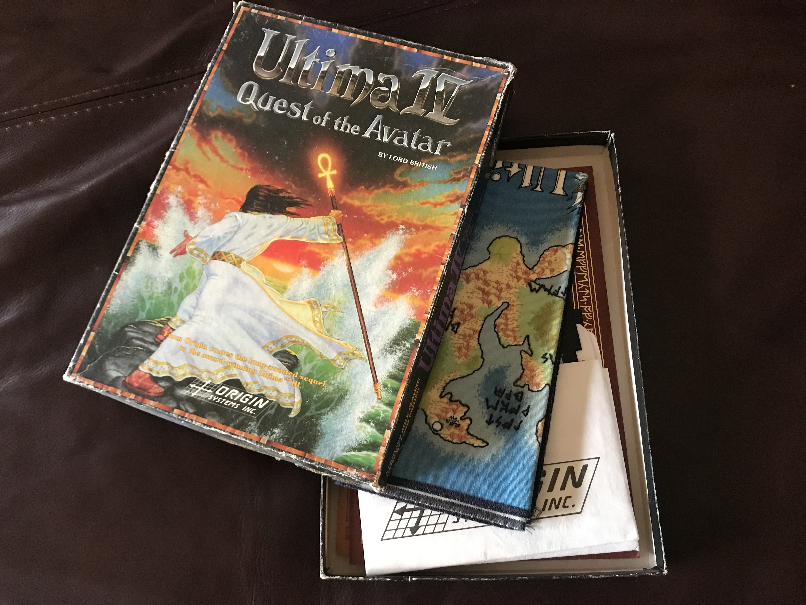 I might have to poll my audience, and see if there would be enough interest in a feelies release. I estimate I would need a minimum of 20 people to really make a feelie release affordable. Unfortunately, that is about twice as many people as I think follow or are aware of this mod, let alone interested in shelling out cash for something.

Maybe a feelie release on the cheap…ziplock bag and a couple of labelled disks. Not quite a box with manuals, but at least it is not digital.