Snowforged Team is back here, with new Deprived Battleship and updated crafting system for Starfall Tactics 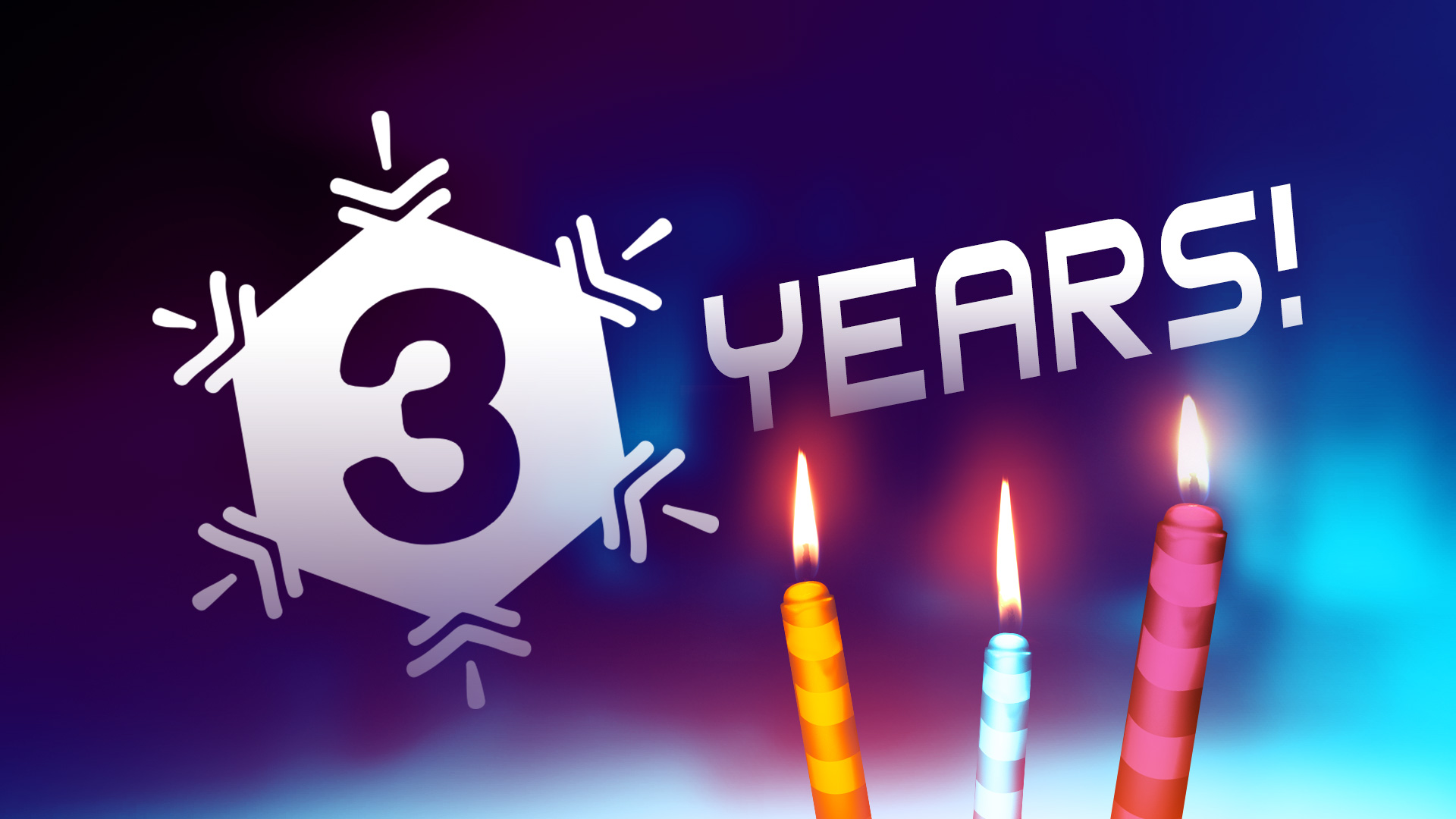 Snowforged Team is back here to celebrate the 3rd Anniversary and continue Starfall Tactics development to bring you many hours of exciting gaming experience!

This past year appeared to be very eventful: we had a lot of fun with having the first Starfall Tactics Winter Cup which we, also for the first time, live-streamed on our Twitch Channel. And we certainly have some plans on making another tournament along with the next test - and that's really good news for all who love pvp in Starfall Tactics here ;) Besides, there were four important tests: two Faction Wars tests where we tested many features for the MMO part, including ability to capture territories; a One-Week test to check new Ranked matches system and make a tournament; and a Character Test where we tested a huge update for the MMO mode.

That was a very exciting and productive year as the project got a lot of updates and meaningful changes: dozens of new ships and modules, new ranked matches system, new interface, ship progression, huge space structures, House (guild) system, carrier, new races, mining, Challenges, Personal Space structures, strategic resources and much, much more. We hope that upcoming year will bring even greater events, tests and updates as we come closer to the open stage. Make sure you are ready for action!

In this very special day we also would love to give many thanks to all of you, who stays with us for these three long years of development, helps us test the game properly and just was excited enough to join the party ;) That's you who inspire us to continue making Starfall Tactics better with each day and add more and more features you would love to see in the game!

Stay with us and Snowforged Team will sure show you how a noticeable space MMO RTS can look like. Remember to always share your dreams and thoughts on Starfall Tactics - every word is valuable for our Team!

And of course we pepared a news update for you today with some curious info on crafting system and new ships:

Crafting is a huge and important part of the game: it was implemented previously in the most basic form, for crafting ships. Now, as more resource types and ways to get them are to be added, we extend this system to something greater. It is also a very significant part of the gameplay as it, obviously, helps you get necessary things for your ships and other in-game activities.

As you might remember from other articles and ship crafting experience, to build something you need a project (that's a working title for a disposable blueprint) - which is a single disposable thing you can get through many ways: acquire by leveling up, find as loot from NPC ships and bosses, get from research stations or black markets, buy from various space markets for IGC or just get by any other way.

"...To build a ship, you will need to get a ship project ... and spend certain amount of resources. It's not so difficult if you have a couple of faithful comrades and your own House. Ship project is a disposable thing." Ranked mode, MMO and tons of great features article

The same way is going to be used to craft equipment: just get the project, materials and start crafting in a special menu in Shipyard. Equipment crafting also requires some time to be completed, depending on the complexity of the certain construction - you will see a timer saying how much time left until your equipment will be assembled and ready to be used. You can feel free to play the game while it is under construction.

There are other important things we should mention here:

If you played some other MMO games, this crafting system should be familiar for you - it's pretty usual for many games and yet enough comfortable along with being entertaining - at least, you don't need to spend hours sitting and watching at grass.

Instead, you just enjoy your playtime while collecting all the necessary resources, fight NPC factions in different events, explore the Galaxy or engage into battles with rivals who has a cargo full of precious resources!

In Starfall Tactics, there are two ship classes which don't have a wide range of ship models: cruisers (special ~400m long ships) and battleships (~750 long ships, such as one of the most popular Deprived ships - Bishop). Both of them have only one ship model with four modifications, which sometimes can have not as much variations as you want to fit well into your Detachments.

And here we come with an additional battleship model for each faction. The first one is Kolgrim for Deprived:

Kolgrim is just as fast and lightweight as other Deprived ships. Besides, thanks to advanced engine system, some modification might have better maneuverability parameters and a good acceleration time.

The next Battleship is joining Vanguard faction - Tizona. This ship looks just as great as you could imagine and sometimes can remind one famous enough spacecraft:

Eclipse Battleship is also joining us next week - check out for updates on our Sketchfab page!

A small, but nice improvement which is going to make your life in MMO mode more comfortable and logical: Hexagonal Maps. 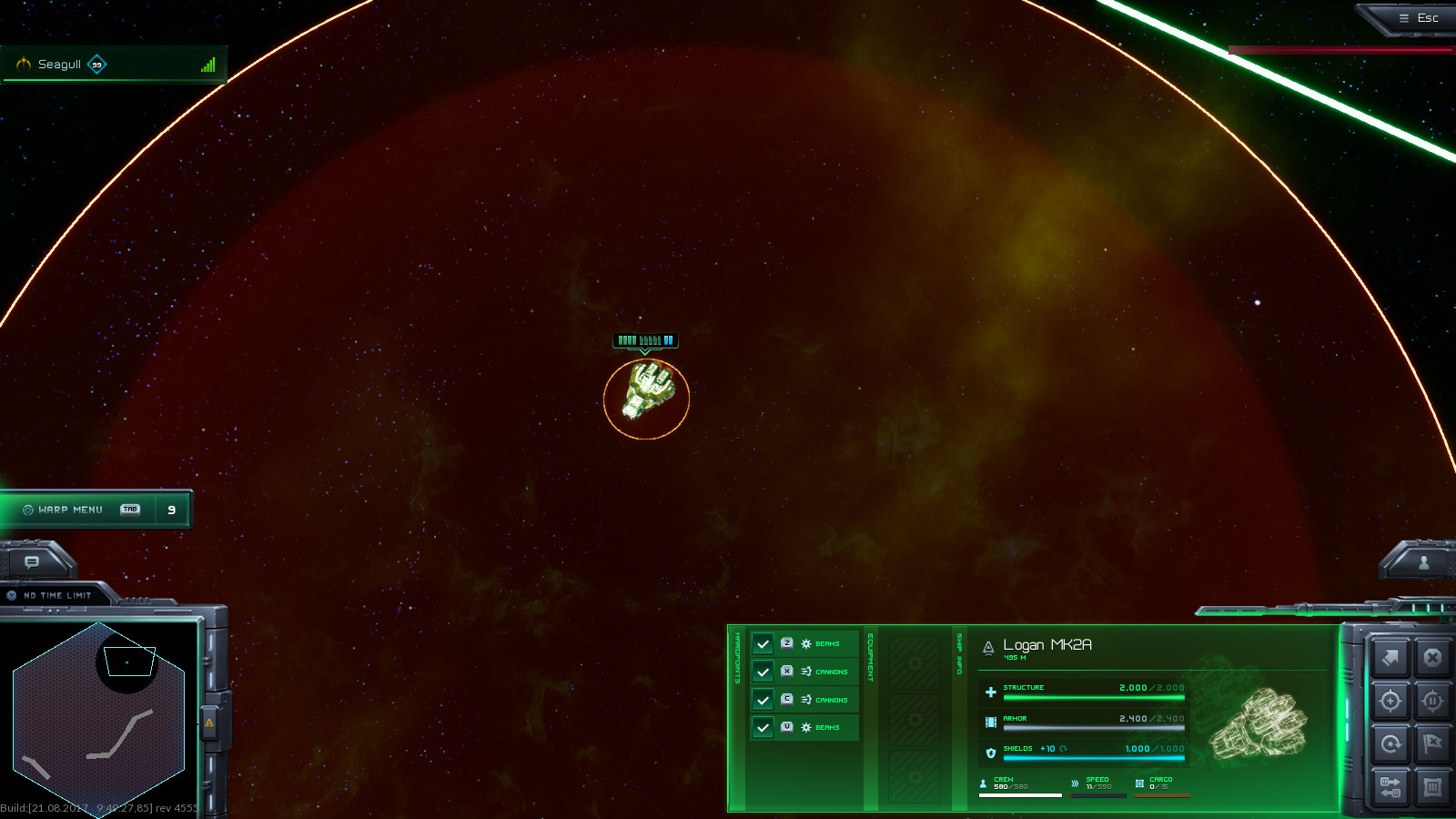 In addition to their special form, they have a couple of other features: place, where you enter the hex on the Galaxy Map, directly affects on the place, where you can appear on the map. For example, if you chase your enemy and attack him from the top right side, you will enter your fleet from this top right side on the battlefield.

There are other changes which affect the way you leave the battle: Once the first ship of yours reaches the rim of the map and crosses it, other edges become inactive - red - and all remaining ships in your fleet can leave the battle only by crossing the same edge.

We hope that all these changes can help you clearly imagine the battlefield and understand it better.

In the MMO mode, even if you lose the whole fleet, you have no penalties except of lost cargo. So, the loss of the single ship is not that painful here. Moreover, sometimes you can meet situations when after being defeated you can almost immediately jump into another battle, just spamming enemies in your system. And this situation doesn't look really great at all - your ships with hundreds and thousands of people on them become just a junk, a consumable with no limit you can sacrifice without any significant loss. Of course, a permanent loss of the ship would be too much here, so we decided to change our repairing system a little bit. 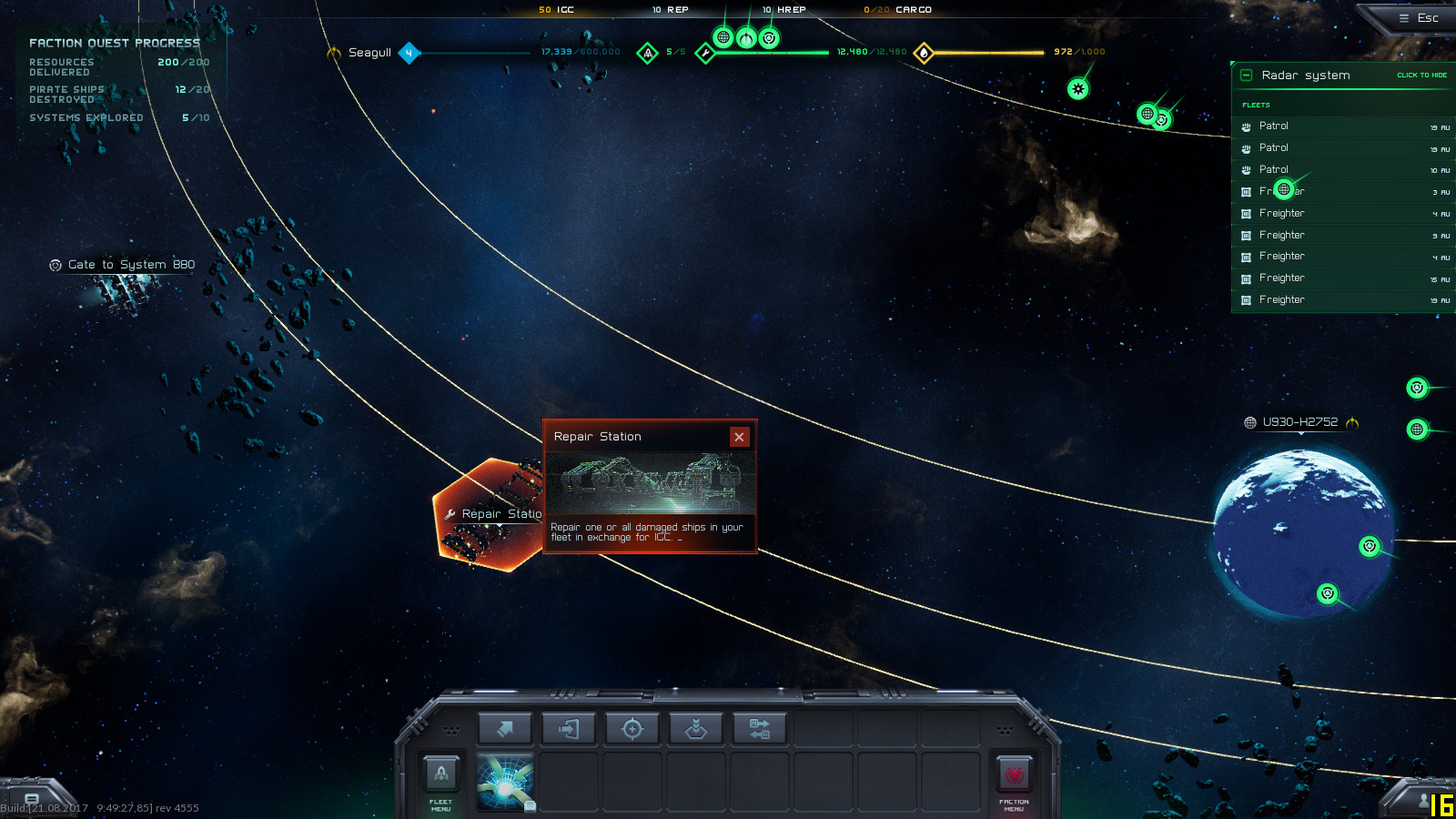 Until that moment, you could repair your ships on special Repair Stations in Open Space for IGC and repair & get back your destroyed ships for free - on Mothership. Now, if you get your ships destroyed on Galaxy Map, they can't be immediately returned into your Detachment. Instead, they'll have a repair time - don't worry, it's not going to last for ages - just a short period to make you value them a little more. Their repair time also depends on the class and construction complexity for each ship. At the same time, we are thinking about removing Repair Stations from the map, reworking them or just leave it as an additional way to repair your ship.

Value every ship in your fleet - and you will see how it can turn the tide ;)