We are ready for the first public launch of our game, right here on IndieDB.

Posted by InvalidSpacebar on Oct 4th, 2017

We are ready to launch the first public version of Slave RPG!

Slave RPG is our attempt at a role playing game that attempts to take aspects of older classic role playing games and present it in a familiar yet modern way. It is a dystopian game that finds the player under the control of an aggressive militia in a distant future where the housing market bubble had a much larger effect on the world. Below you can find more information on some of the latest game changes leading up to this release, as well as several different links.

What all is new from the previous announcement: 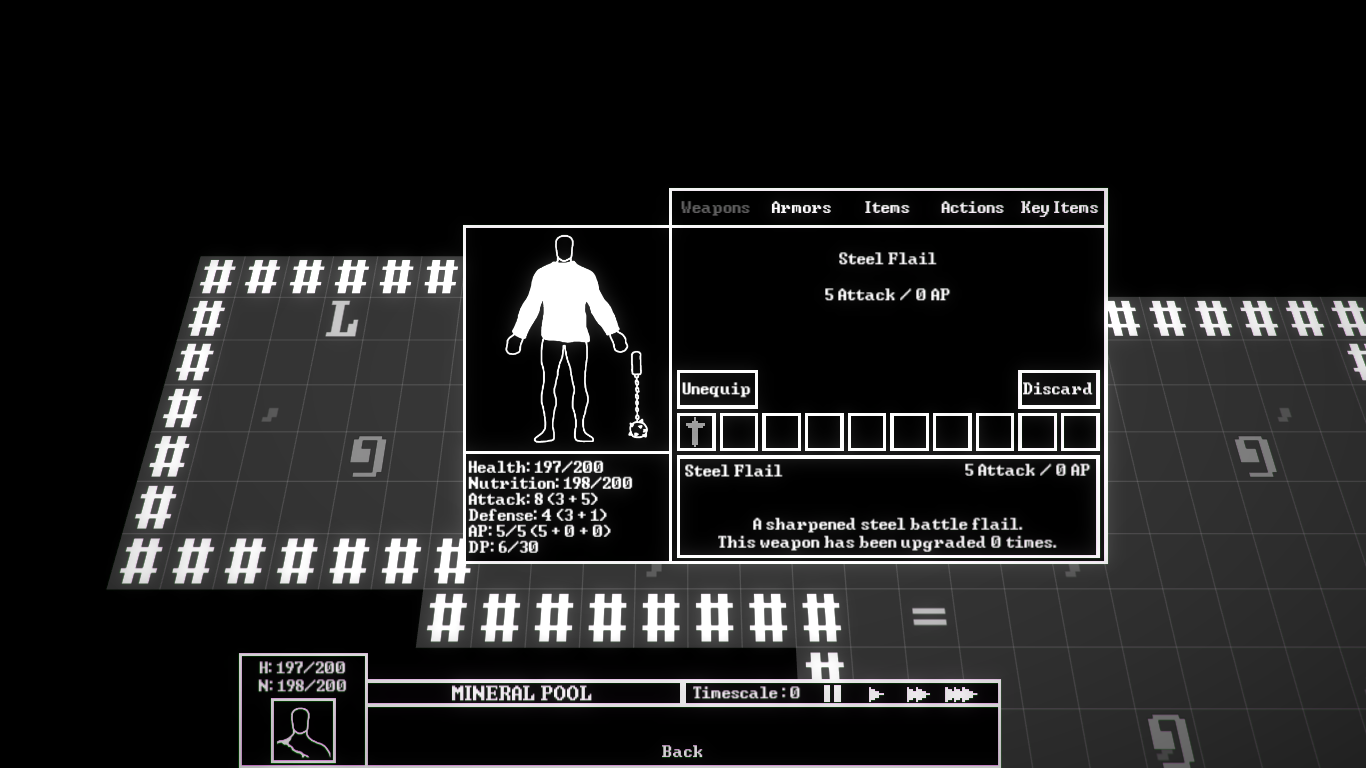 Well let’s start off with the refined SADDAC system, and what better way to do that, than with another bulleted list.

The new dialogue system is much more reminiscent of older cRPGs and features a much broader range of material for each NPC. Previously, each NPC only had their own list of topics and an occasional speech check based on Charisma. Now each NPC gains the same dialogue options, with a much larger quantity, as well as speech checks based on both Strength and Charisma. New topics for the player to choose from will unlock the more the player talks with other NPC and should provide a much more streamlined experience than how it was setup before. 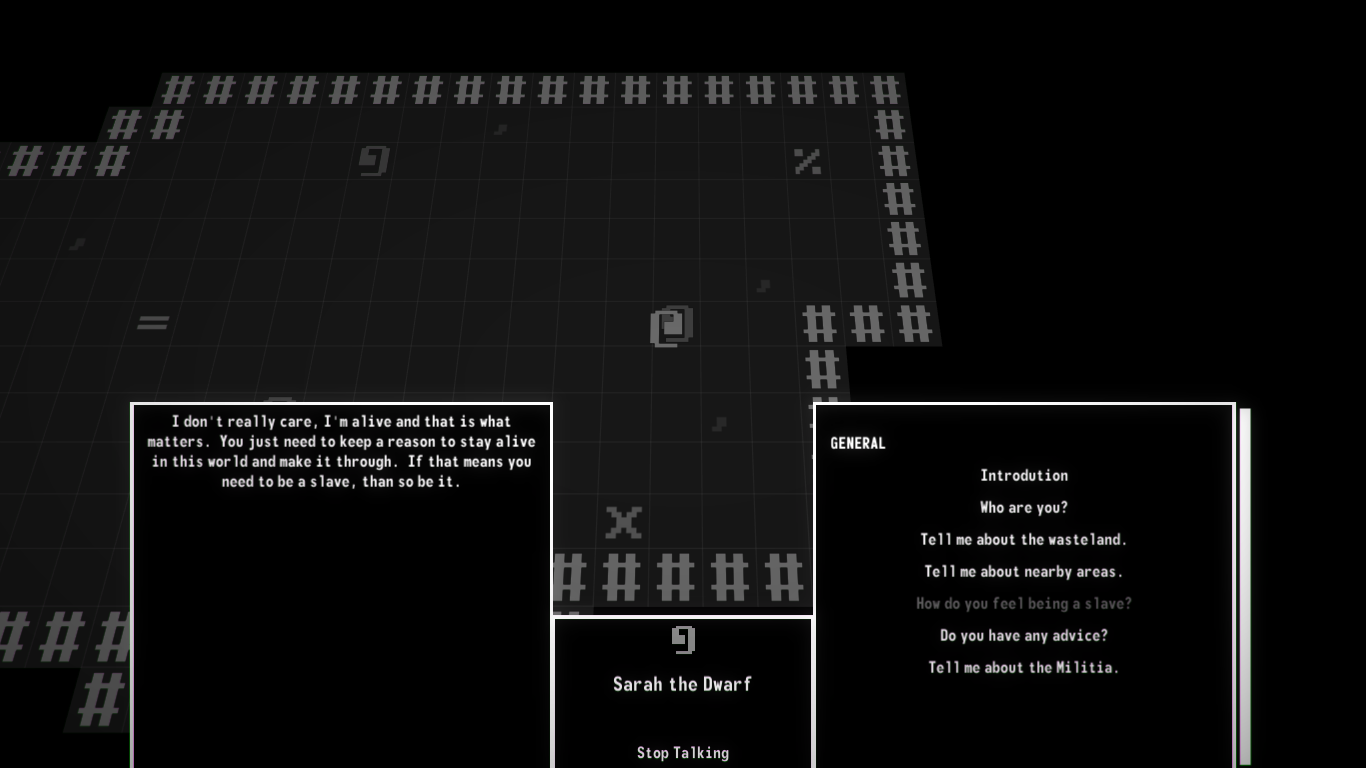 We also added a pause menu with dedicated options and typical sub-menus that you would find in a pause menu for any other game. Why the thought to add this eluded me for so long, I will never know, but because of it the UI at the bottom of the screen is significantly improved. Now the player will have a dedicated status bar at the bottom of the screen with set options to go along with it, meaning that just like the new dialogue system, we are one step closer to a traditional cRPG.

We have added graphics for the player character as well as portraits of them for the new status bar, this means that you will be able to customize your look when starting a new game now. Currently the player look is not capable of being modded, nor is it affected by race/origins, but we hope to add this soon. 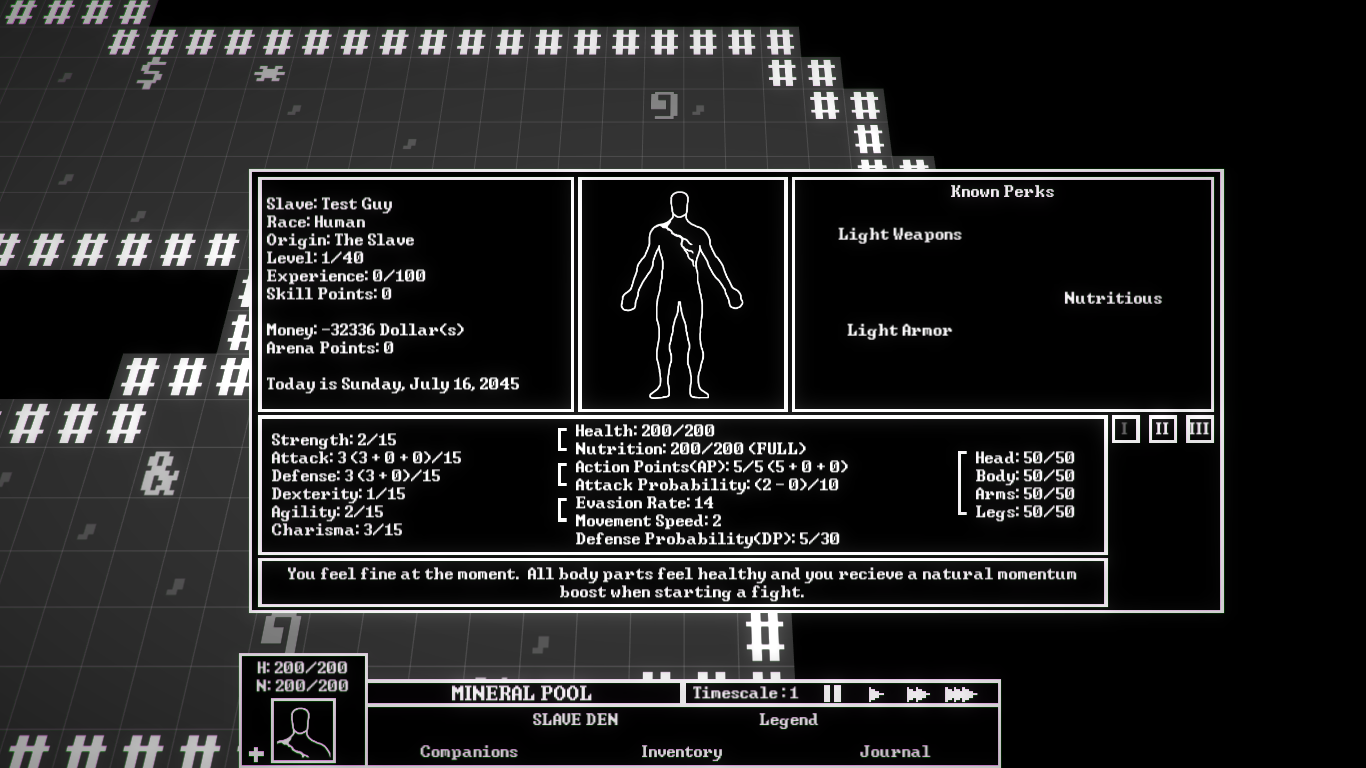 Difficulty is now used to determine a final score and ranking for the end game screen and when we implement achievements, this will affect what is unlocked for the player. We have also added several difficulty options (bulleted list incoming) including: 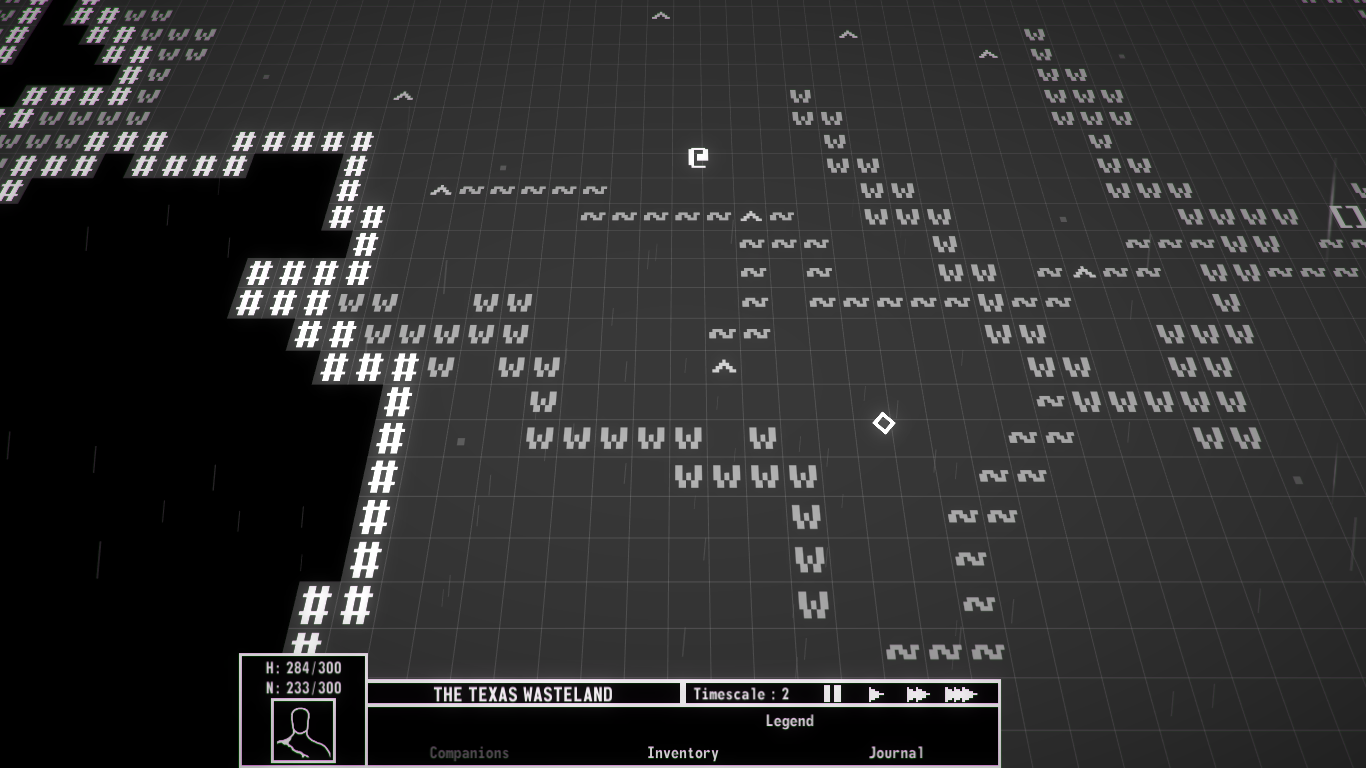 While neither are implemented in this first public release, we know that the game lacks any proper story for the player to go through and the combat is fairly dull. We have set up various nodes in the game world for story events to take place in the future, but we don’t want to start adding that in yet as we are still working on the details and want to finish the base mechanics first. As far as the combat goes, that should be improved upon in the next update and will allow for a more traditional turn based combat with timed actions. 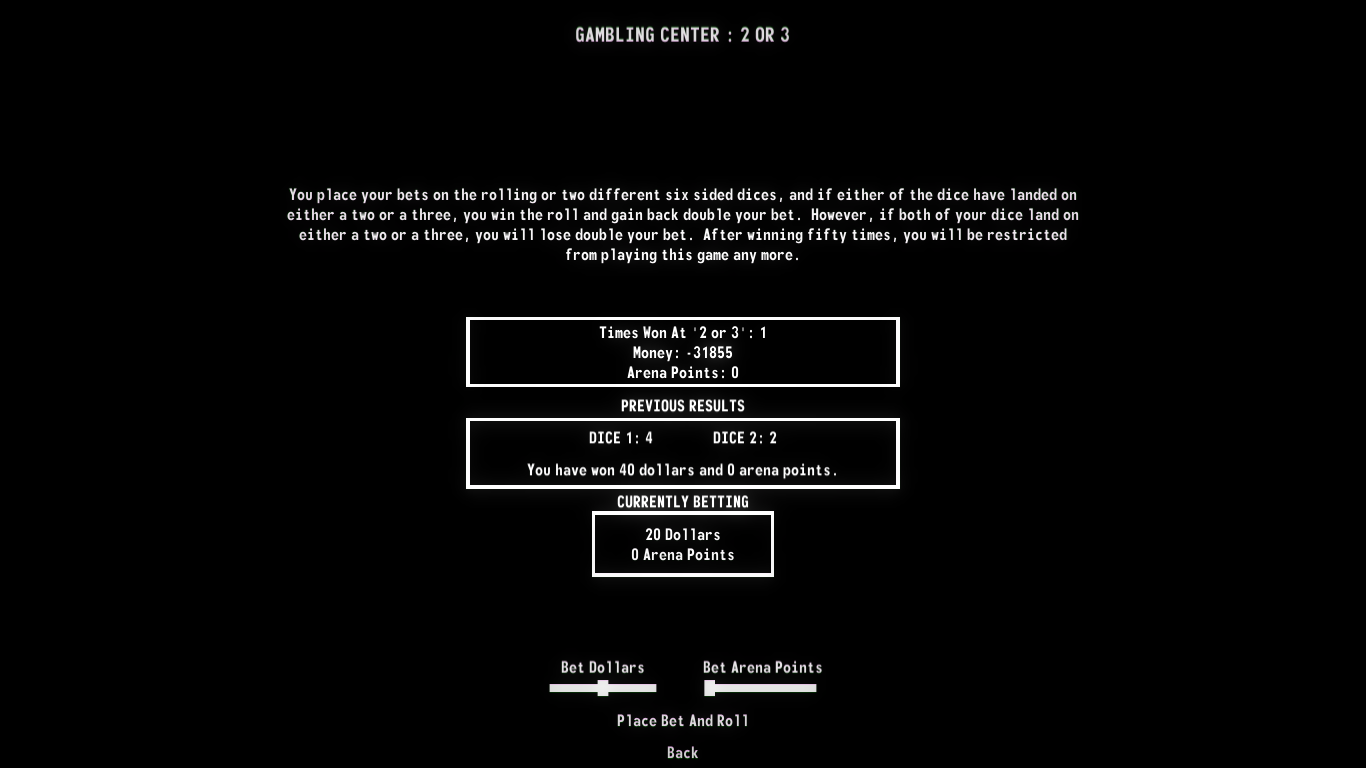 We have also expanded upon the ability for players to mod the game by including various options in the new mod menu that will allow for the ability to change “mod packs,” turn on or off various aspects of mod packs, and change the texture filter type. Hopefully from here we can expand further by allowing more aspects of the game to be modded, like the UI border and game text.

That is going to be all for now, but we appreciate all of the support you guys have given us so far and we hope to see you along for this game as well.

Thank you man, we appreciate it.