In this news update we answer the best questions posted by the community. We address concerns about balance, research, art assets, as well as the future of the mod. 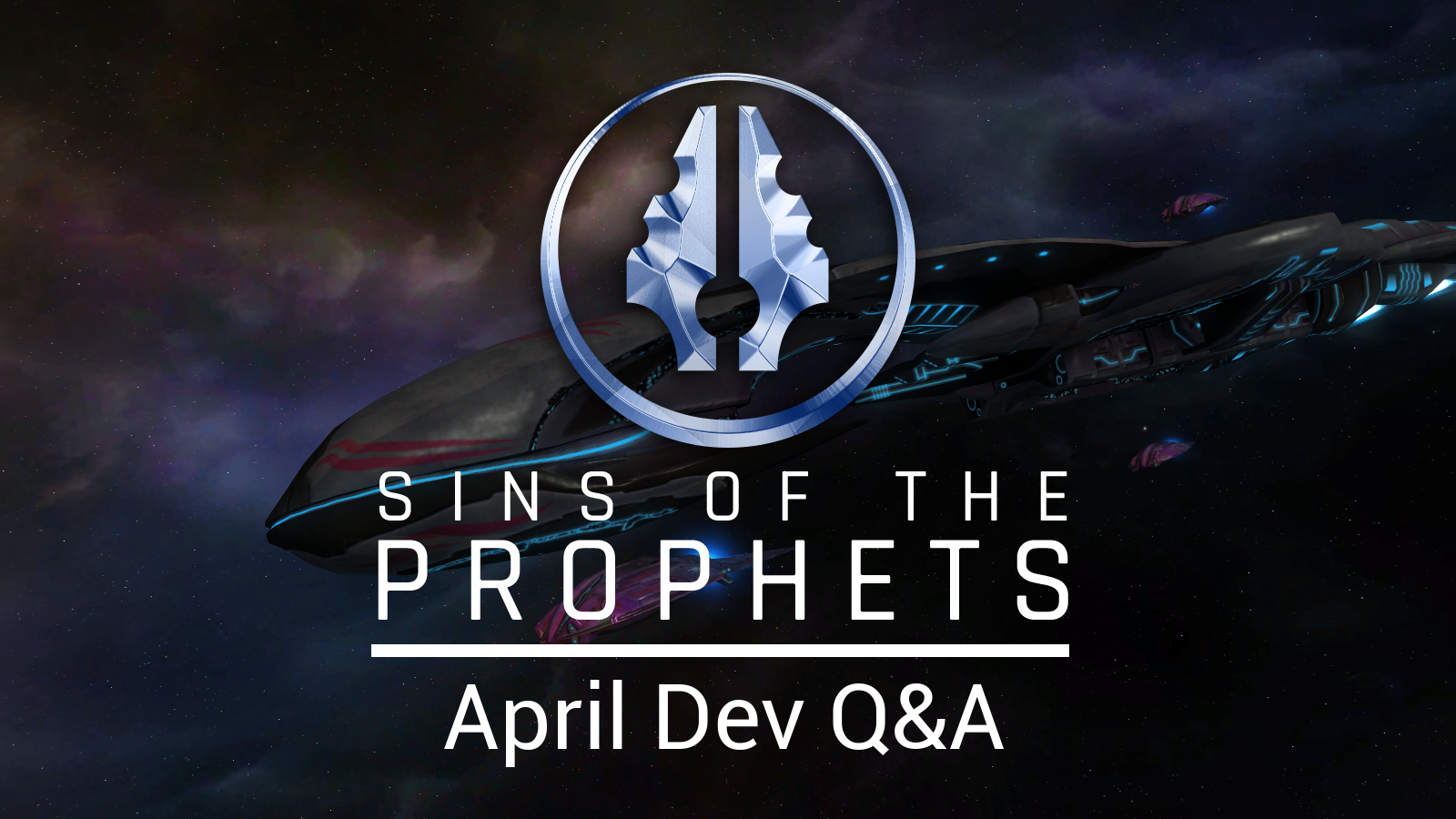 Greetings,
In this news update we answer the best questions posted by the community. We address concerns about balance, research, art assets, as well as the future of the mod.

When will the next update come out?

Will there be a map released that will cover the entirety of the Human-Covenant War?

While we are working on improving existing maps and creating more maps we try very hard not to deliberately break the mod. Maps that large would crash often and we feel it would be setting you up for failure and ensuring negative experiences for new fans. It's just not solid business sense to include something that we know would cause crashes. However, if anyone feels like we're lacking in maps feel free to download the map creation tool and make us some maps, post them on the forums to be tested, and if they pass muster they may make it into the mod!

Will you plan on ever adding playable subfactions like the Insurrectionists, SoS or the Remnant?

No. Adding more minor factions only increases the load on an already old and technologically outdated game. SoaSE is 32 bit, can only use a single processor core, and crashes upon reaching 2 Gb of used RAM. The LAA software we include with the mod only really ensures no other programs are intruding on that saved 2 Gb of space. We give you human and Covenant factions, you decide what they are, who they are, and what motivates them.

Will you be adding heroes into the game?

We have plans for random events where ships from the lore from your faction will jump into the system that you will be able to control. They'll be powerful compared to the standard version of that class, but not game breakingly powerful. They'll die if used poorly or just overwhelmed. Halo is thematically built on stories of sacrifice and we don't want to keep you from experiencing your very own stories of that nature. Likely ships include the Everest, Spirit of Fire, Pious Inquisitor, and Shadow of Intent. Possibly more.

Please let the Flood be a playable faction?

While the Flood will never be a playable faction in our mod, our sister mod Homefront intends on adding them as a playable faction after they finish up the UNSC and Covenant. Likely artist will be the one who made our current Flood Carrier, and so our Flood mechanic will have more ship classes and you'll be able to enjoy controlling Flood ships on the Homeworld Remastered mod.

(Paraphrased) Are you going to be adding any of the post Covenant War ships to the mod?

The only UNSC ships we currently plan on adding to the mod are the Infinity and Strident. We've been pretty vocal that we feel 343 missed the UNSC aesthetic with a lot of the UNSC ships they've shown in that era, especially the North Korean knockoff of our Athens they're calling the Epoch. We're hoping Halo 5 shows some more visually impressive ships that stay true to the UNSC look we all grew to love. Homefront has expressed interest in creating their own Covenant ORS-cruiser and if they do we'll find use for it as well.

Will you guys nerf the Flood?

No. Flood can be disabled in the Game Options menu before starting the match. The Flood, as a game mechanic, are not meant to be played with in every game you play. You should only turn Flood ON when you feel like playing a survival-type mode. Normal competitive play should include the Flood deactivated. The Flood are not a finished product and are subject to change, but it's unlikely they'll get less powerful. Many maps in the next release will include "No Flood" versions.

After a while when fleets are large a lot of weapons stop showing up, what's up with that?

The particle limit in SoaSE is pretty low. Here is how to up it:

Will there be visible grows and change in appearance of flood controlled vessels, or just the greenish clouds?

Later, when we have more time, it's very likely we'll implement a system where Flood controlled ships show infection on the outer hull.

Any work being done as of yet for Forerunners or are people still being brought on for that?

Homefront, our sister mod on Homeworld Remastered, and ourselves have agreed to cooperate on creating Forerunner factions for both of our mods when we've finished up our UNSC and Covenant factions, respectively. The Forerunner Remnant won't be a playable faction until after Sins of the Prophets reaches version 1.0 with fully finished UNSC and Covenant factions. The Forerunner release will be an official expansion and will include custom media to explain how and why Forerunners are returning.

Since we all know the CSO won't be featured, what Titan will you be using for the Covenant?

This question is redundant, but it comes up often so there must be some confusion over this. The Covenant Titan will be the Battleship/Super Destroyer seen in the Second Battle of Harvest. The comic that shows the ship originally had it named the Super Destroyer, but later copies of the comic retconned the name to Battleship.

Do you feel like the Covenant in the current build is balanced as far as research goes? Will there be changes to it? Why dont they have diplomacy options like the UNSC does?

I'm going to answer the question I think you're trying to get at while staying polite. Why do the Covenant seem less complete than the UNSC? The answer to that is because they are less complete. Both factions are works in progress (WIP), but the UNSC has the most work put into it. Neither faction is near being done. We have lots of polish to add before we consider them anywhere near complete. You're getting early access to the mod. Part of that is dealing with the WIP status of the mod. The rebuild is nearly complete and we have begun working on massive changes to the economic structure of the mod as well as research. We're pretty excited about these changes, but not quite ready to talk about them yet. Expect more on that next month. (Keep in mind that you're playing version 0.56.1 of the mod, not version 1.0, that should tell you we have a ways to go before we're ready to call it finished.)

Are retextures for Covies being worked on during the game rebuilding?

Most of our new/updated Covenant ships are produced by the Homefront team and shared through a mutual partnership with us. If you're curious about the pace of Covenant ships it's probably best to ask them. We are trying to train up some of our own artists on Covenant modeling, but we have nothing ready to show at this time.

Will High Charity ever be added in some form? 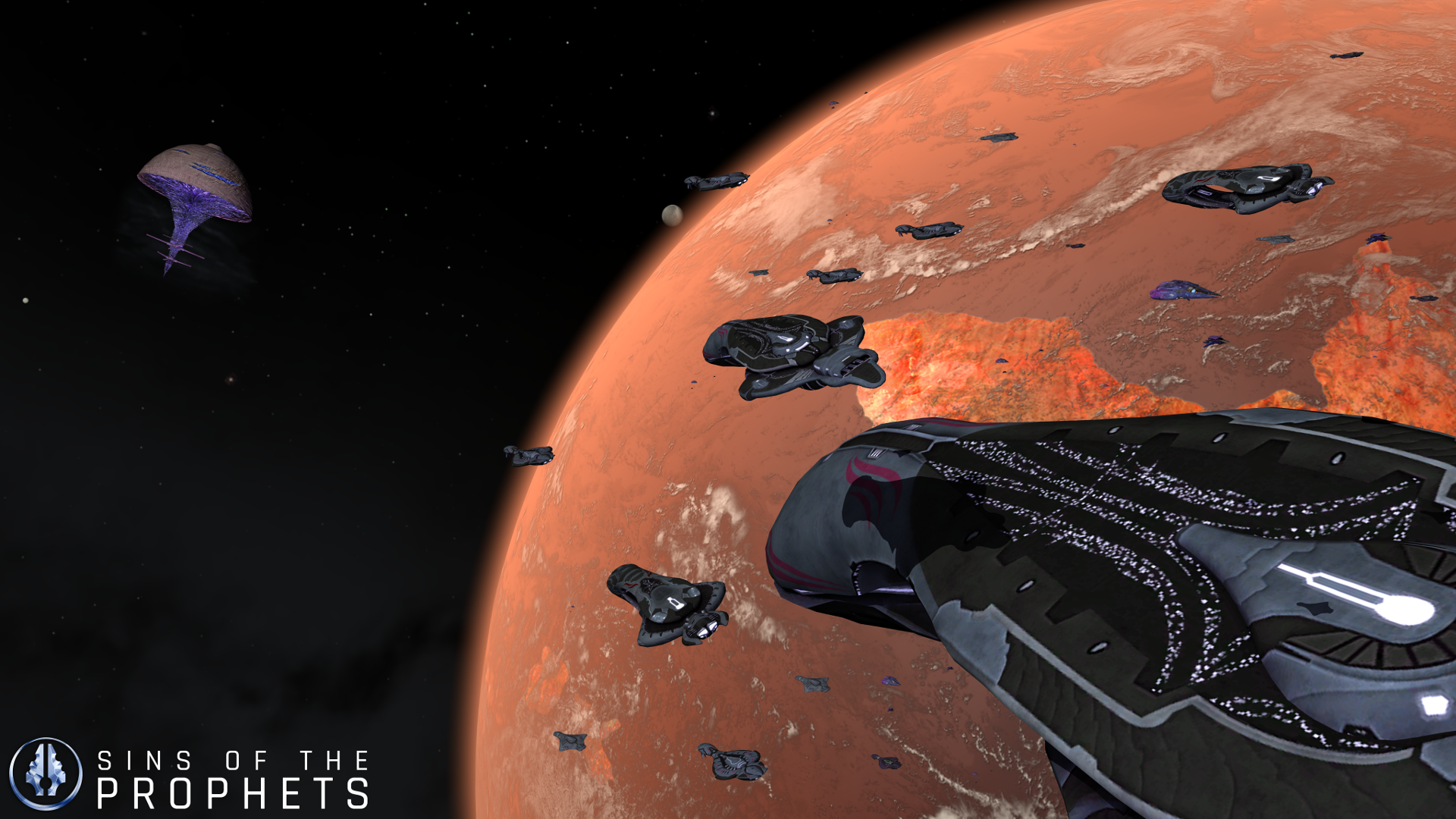 "High Charity has been provided by Chakotay02. Texture was updated by Lord_Set and is a placeholder asset while Lord_Set creates an entirely new High Charity model that better captures the quality level expected in Sins of the Prophets "

But the REAL question that needs to be answered:

You are triggering me shitlord.

There was a question I was hoping would get asked but didn't. Perhaps you could answer it here for us?

Will the remastered version of Homeworld help or hurt this mod? I understand you have a partnership with the Halo Homefront mod, but will the higher model/texture quality being introduced for that game effect assets for this one? What I mean is will Sins be able to take assets from Homeworld remastered and not choke because of the engines limitations?

Homefront was already making ships more complex than they are recommending for HWR, so you won't see much change. Quality should be identical.

Poly count will be nearly the same, in HWR, however, texture resolutions will be 4k-8k just like the vanilla game. Unfortunately that won't be the same for sotp but the covenant textures are only 1k right now and they look fine. This is zero btw lol

"I'm going to answer the question I think you're trying to get at while staying polite." I hope i didnt offend anyone over there. I was just honestly curious about how you felt about the covenent as far as research was concerned and if that was the direction you wanted to head with it. I was honestly swinging towards almost agreeing with the lack of diplomacy options as they pretty much just assimilate or destroy any race they come upon, so it made sense to me :3

I meant that it looked like you were trying to stay polite, not that I was attempting to. A lot is being changed internally right now. Hopefully we can address it more publicly next month if things progress enough.

Hmm. Would it be possible to add that more particles change to a tool or at least mention it in the install instructions? I'm sure there is many people that are unaware of it and during installation is probably the best time to remind them. :)

I cannot wait ti play this now, literally I am checking everyday to see if it's out. Can we have a demo with the Infinity on it? i am like fangirling this

hello
i played the old mod of the SOTP
there is one thing i literally don't like that is covenant star base's ion canon damage please increase it
and
in my opinion you should grant an ability to the UNSC's capital ships that is Ion Brust to disable the
covenant ships shields only shield or whole ship with weapons and shields for a short amount of time...
it will make the gameplay more interesting.....

first love your mod buyed the game just for it and i say it was a good idea
as a big halo fan i always mist good space battles or just rts in a hole
halo wars was okay but you know anyway
in time will the mod be able to run on dev mode?

this version is epic, love the new main menu and UI, and the strategy differences between the two races. though i am getting lag when there are large amounts of ships in play not sure if it is my computer or the game itself though.

Have you ever thought about adding stuff from Halo 5 Guardians? For example the new Covenant ship designs and the Guardians themselves