It has been over a year since the release of v0.90 Warlords, and what a year it has been. In the span of time since that last update quite a lot has happened, all during an ongoing pandemic, and we would like to finally delve more publicly into what we have been up to!

It has been over a year since the release of v0.90 Warlords, and what a year it has been. In the span of time since that last update quite a lot has happened, all during an ongoing pandemic, and we would like to finally delve more publicly into what we have been up to! You may have already noticed the new addition to our title, it’s quite a specific number. To finally break our silence, that leap is the reason why things are taking a little longer to announce the next big update. 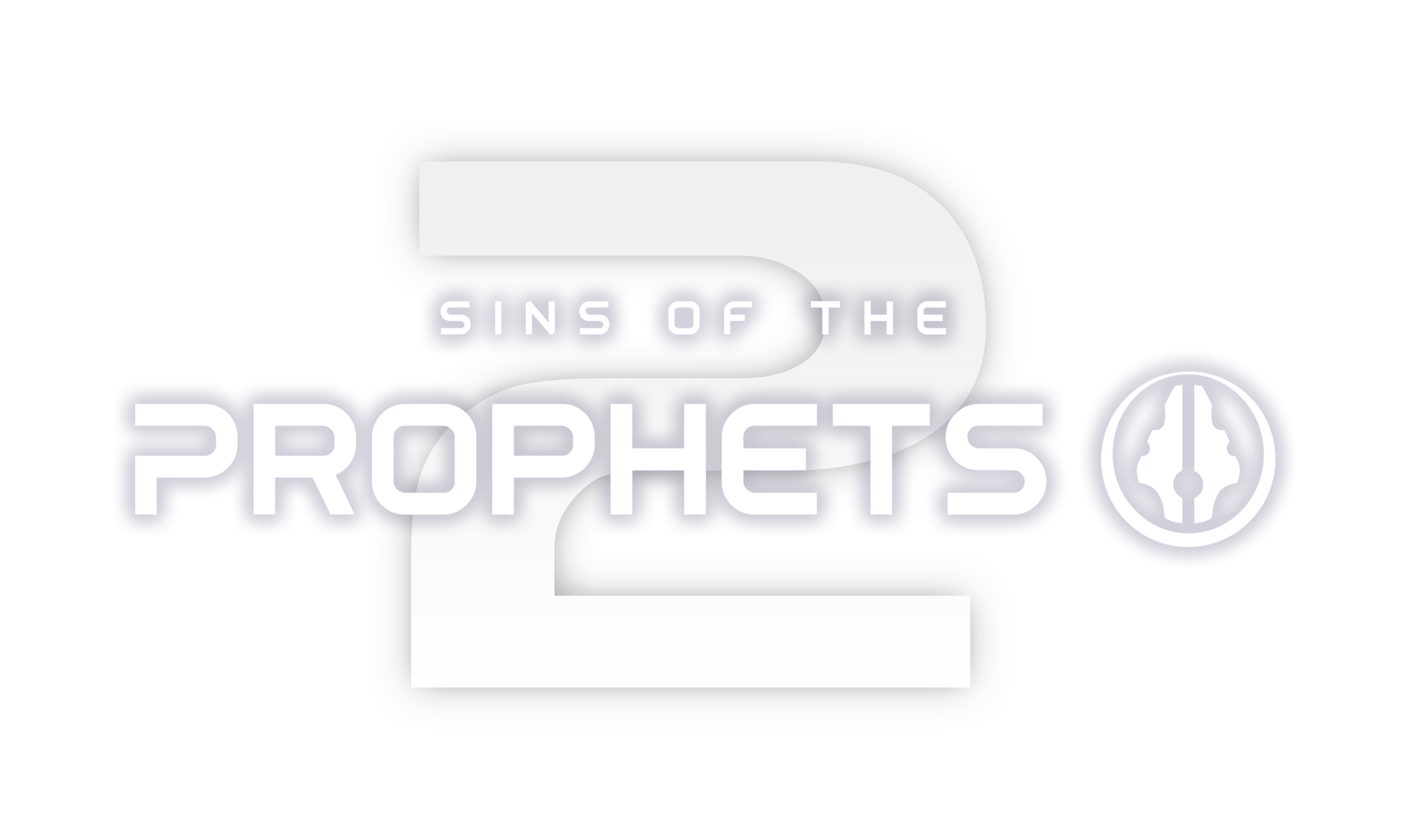 In case you missed it...

We have been building up to a v1.0 release for a long time now, but what that “finished'' version looked like eventually evolved into something beyond our original vision. That vision, and our team, have grown through the years, and it’s been a long twelve years. During that period the project changed hands several times, and the game that we’re working on top of has drastically changed. Before we even released Warlords we were in the process of taking a hard look back at the design decisions that had led us to that point. What we saw during that retrospective wasn’t as cohesive as we had wished it to be, but it gave us a moment of clarity for how to move forward towards something even better.

Sins of the Prophets 2 is a sequel, but it’s also us fulfilling a promise to deliver something greater than what has come before. Our prior releases have been built upon over a decade of legacy code, which has in some ways hampered performance across previous versions. The decision was made to start from scratch immediately after we had Warlords released and stable, and to approach every design choice from a fresh perspective. This has allowed us to create an error free build, rethink formerly daunting problems, and plan a consistent direction for a truly massive release. 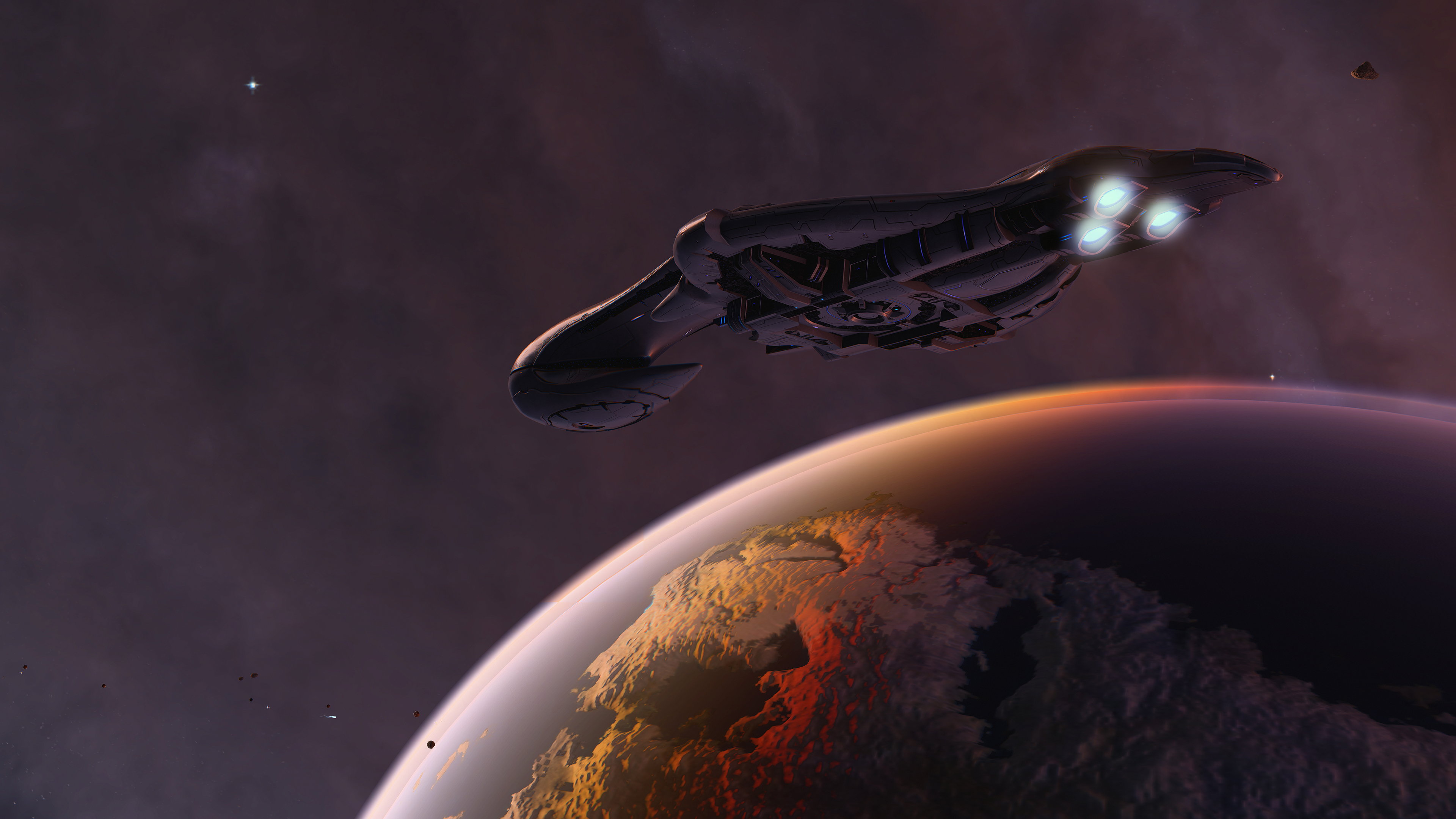 Literally everything is being tweaked or redone, ranging from overall balance to art. Let’s take a little dive into some of these changes:

One of the biggest visual changes that has occurred is our teams adoption of the excellent shader work being done by the Sins Remastered team. Their new shaders convert Sins into a PBR (physically-based rendering) compatible game, which means some amazing things for the graphics. The shaders now support a ton of new modern rendering techniques, and allow us to push more detail rich materials. Not to overstate it, but when you see it in action you’ll hardly believe you’re playing the same game. 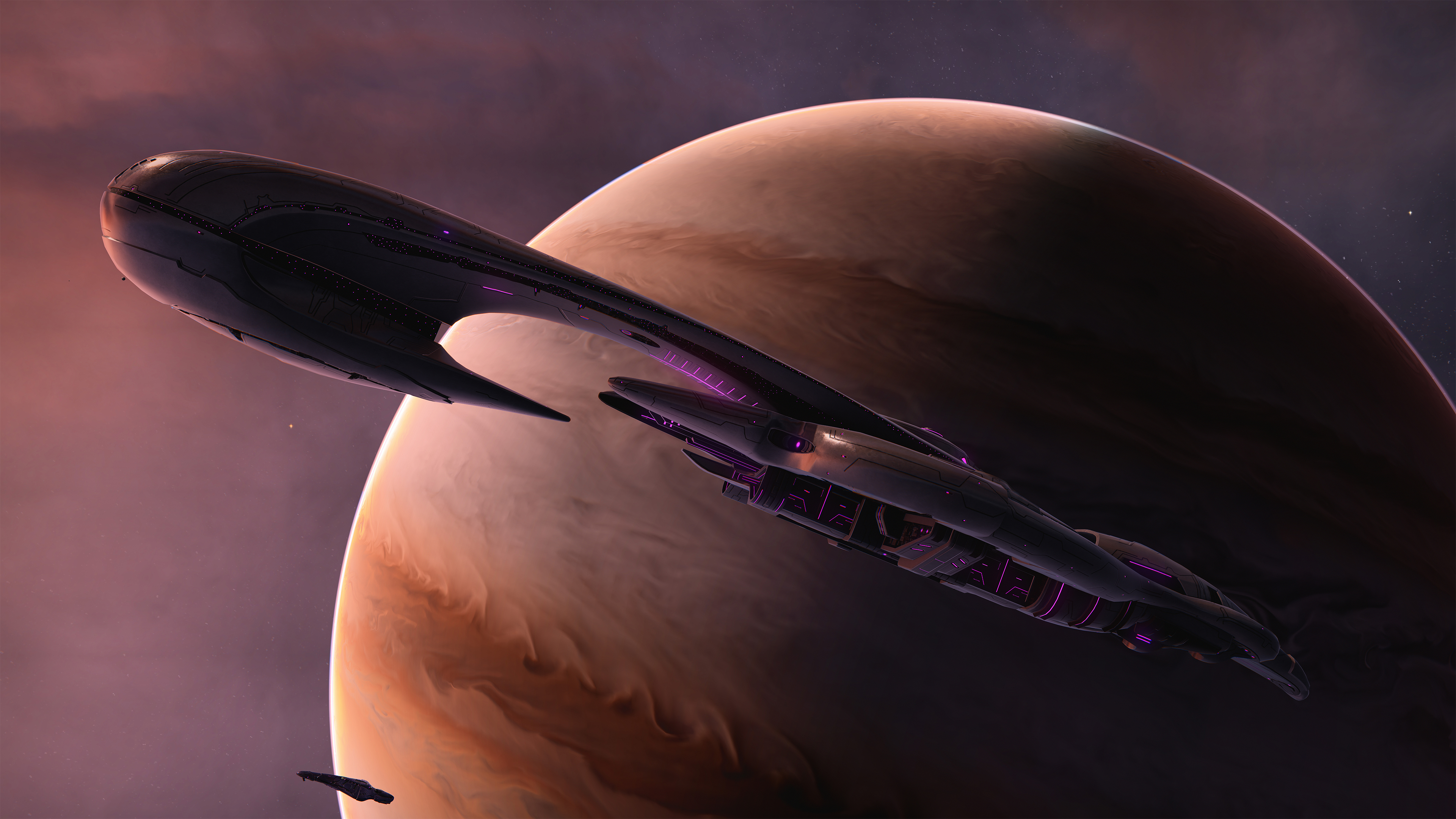 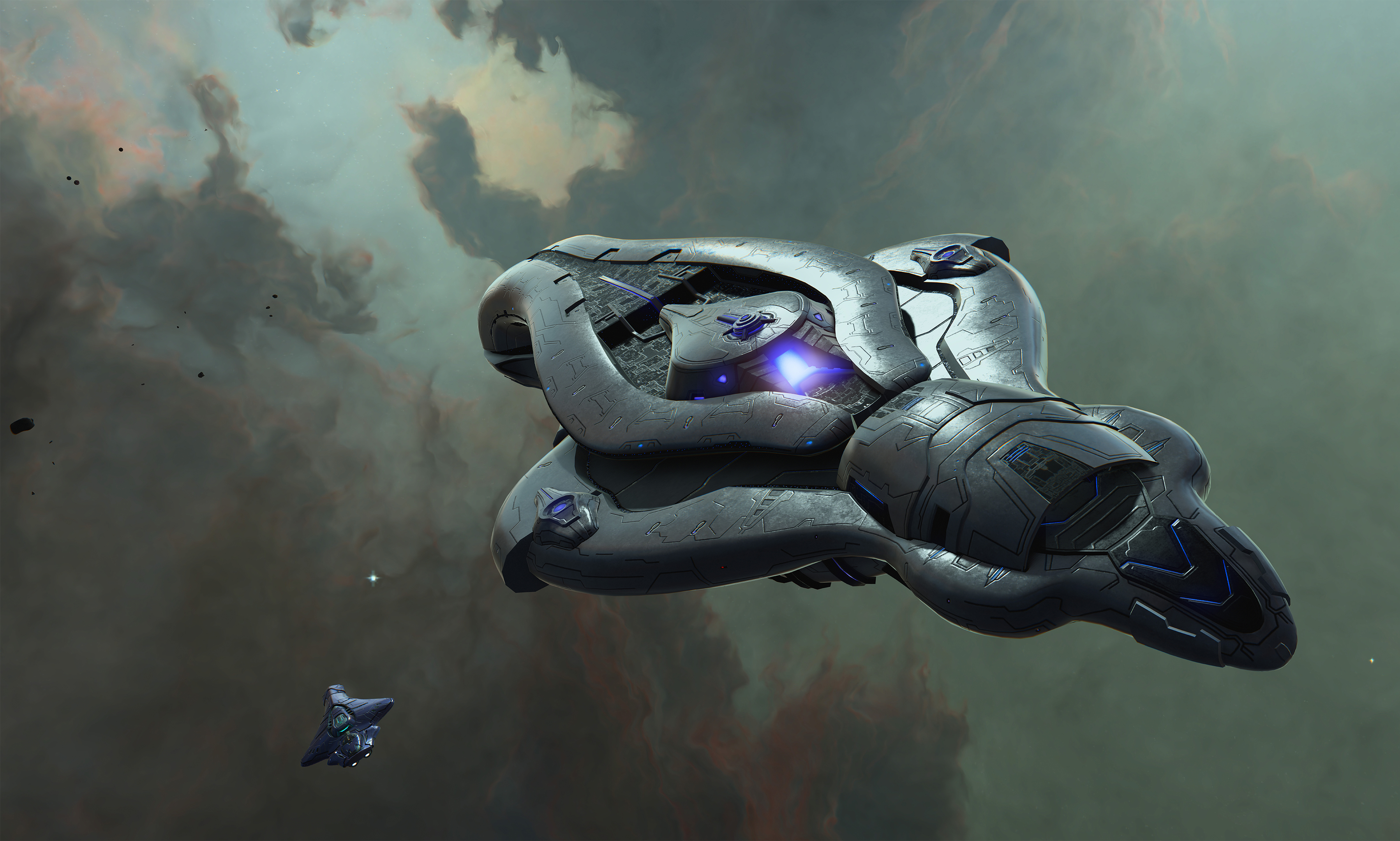 A completely brand new design of the interface has been built from the ground up, with more intuitive layouts, and a big focus on improved user experience. Every detail has been thought out to ensure the best possible usability, while modernizing the presentation. We’ve created a fresh and interpretable set of menus so that new and old players alike will be able to acclimate to any new changes in gameplay they might encounter. Likewise, a serious effort has been made to craft a UI that is just as detailed and satisfying to look at as everything it encapsulates, because it’s the core of how you, as the player, interact with the game. 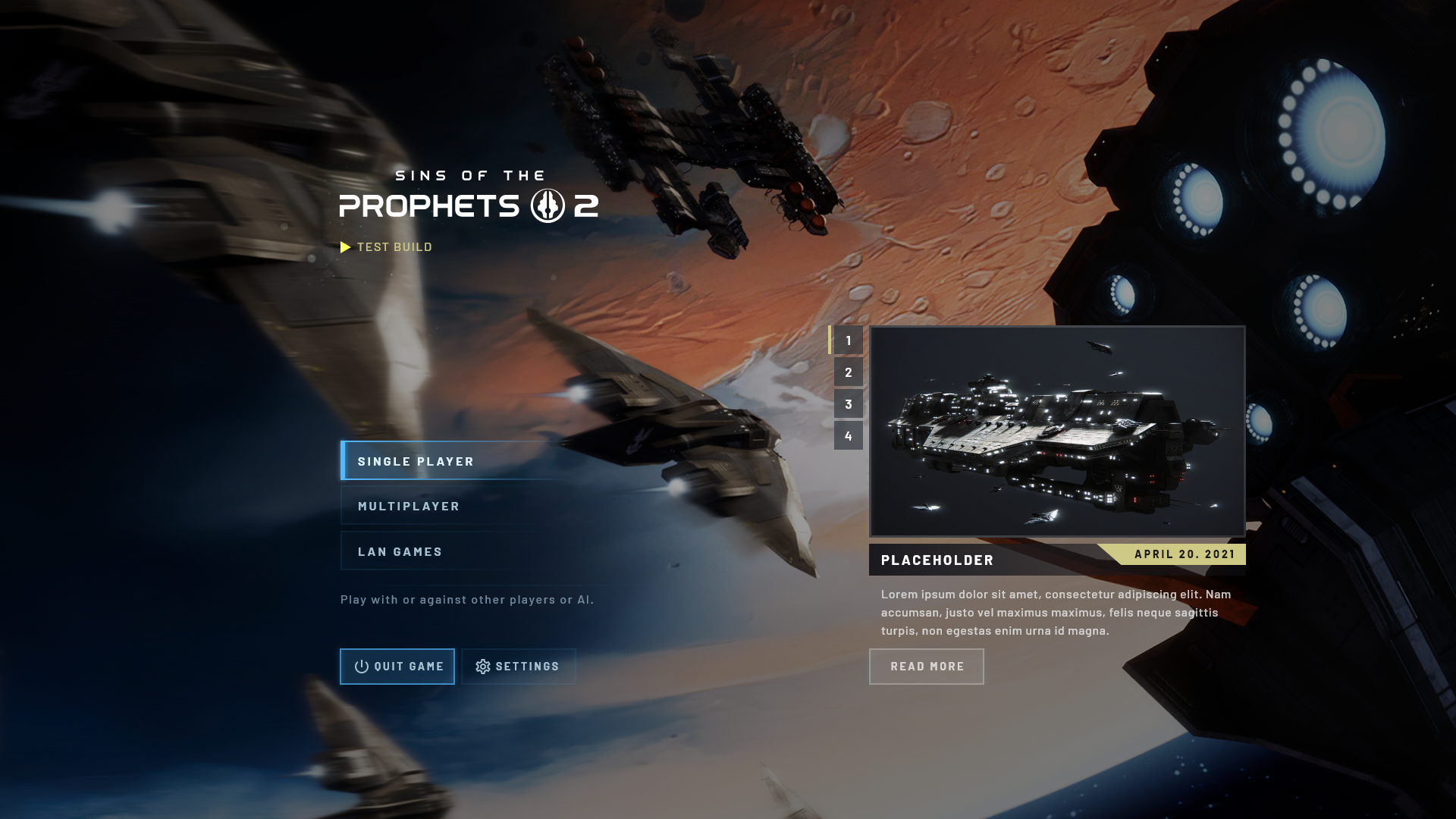 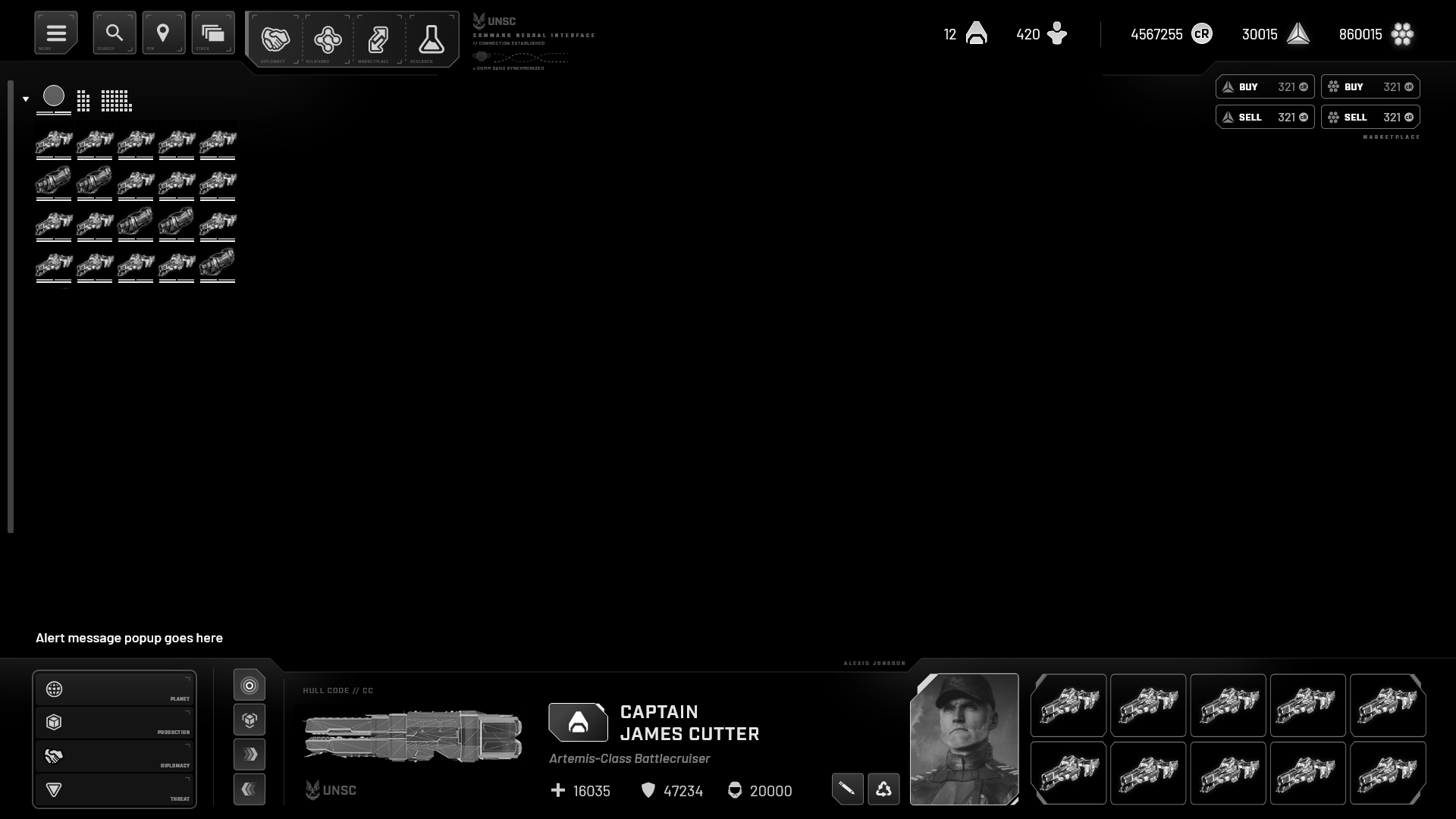 Something that cannot be underestimated is the need for excellent sound design, which helps to capture the sense and massive breadth of the battles possible in Sins of a Solar Empire. We have gone in a completely new direction regarding our soundscape, with the help of some excellent new sound designers. We’re not making only the visuals epic, but also providing an awesome listening experience as well. Every sound is in the process of being redone, and remastered to fill your speakers with something definitive and accurate to the scale.

Every aspect of both the existing factions is being reviewed to make new design choices, that lead to a balanced foundation to build off of for future expansions. Among the changes come new mechanics that opens the door to better boarding actions, and influence the way planetary invasions work. We will be talking more about these mechanics in the future, as we detail out the overall changes to each faction in their own articles later. 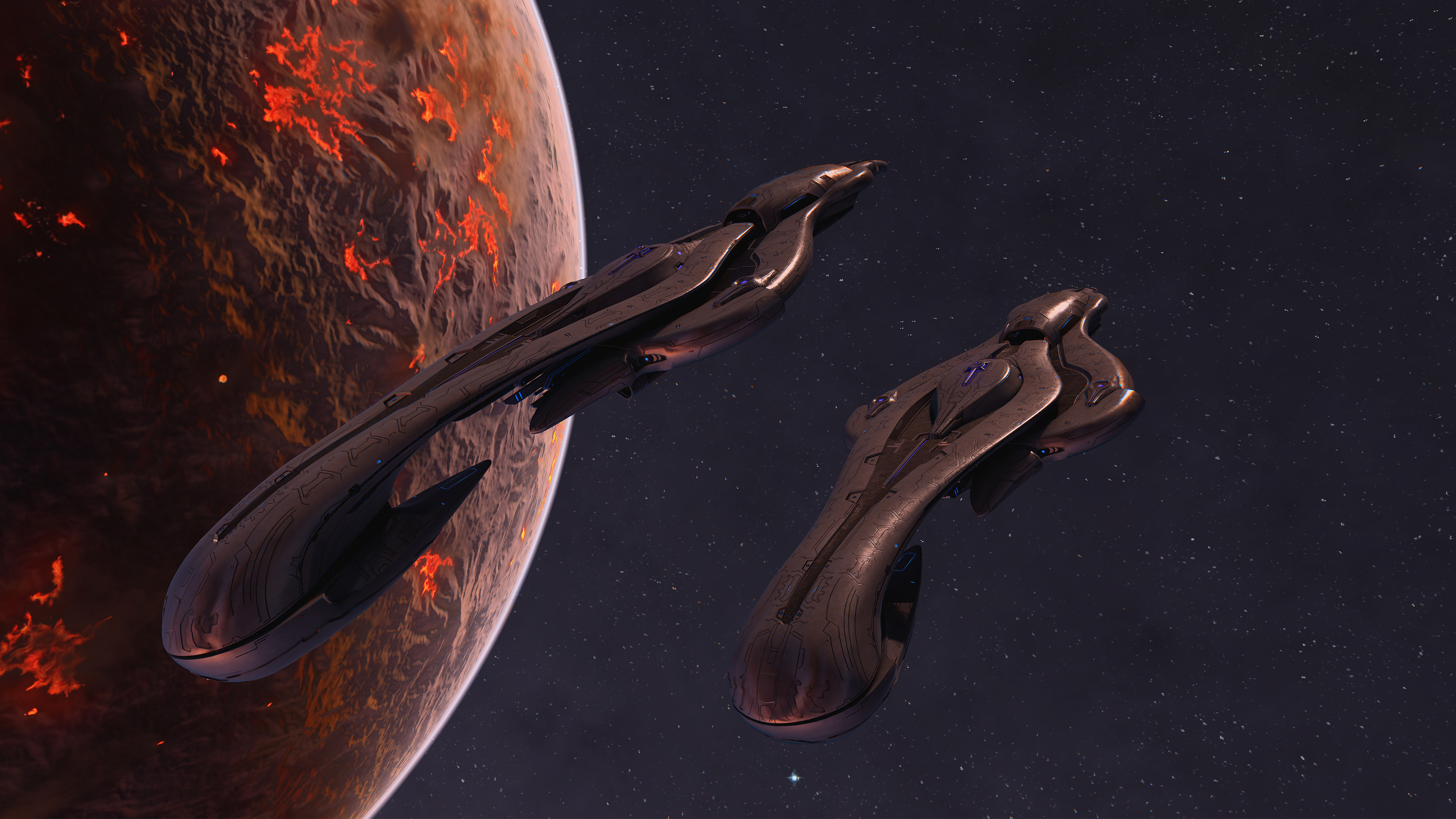 It’s been a long night of silence, but moving forward we will be keeping you all updated about the changes coming with Sins of the Prophets 2. We’re excited for what the future holds for both SotP and Halo as a whole - and we here at Chokepoint are working hard to create the best space-combat experience Halo has to offer. There’s a lot more to show, and we’re eager for you to see it! 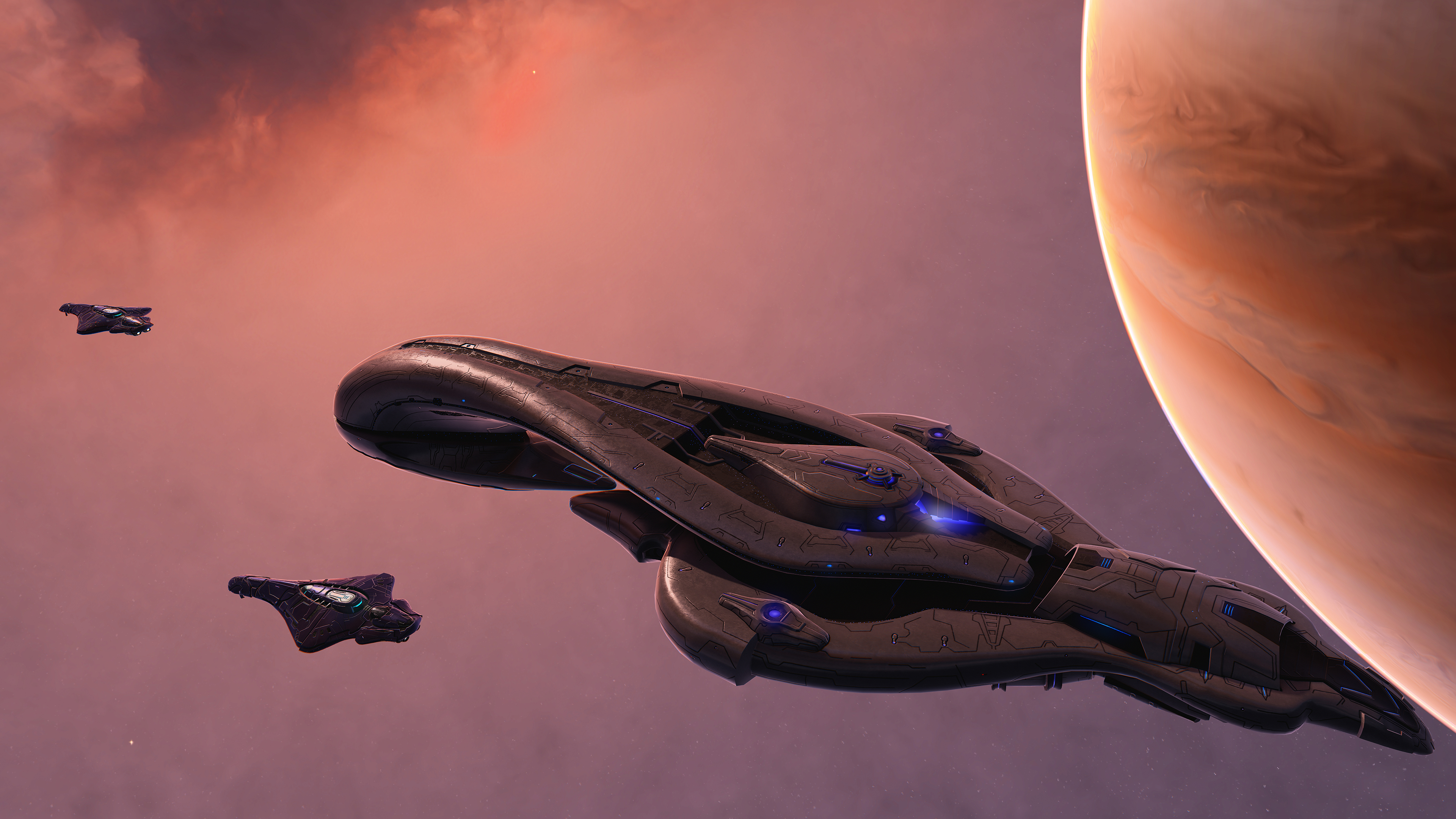 What do you think about this announcement? Are you excited for Sins of the Prophets 2? Let us know in the comments and be sure to join the discussion on Discord!

SOTP was already one of the best-looking and best-sounding mods out there! You're a bunch of mad perfectionists! Mad, I say!!

Well, i am very hyped for this sequel. Keep up this great work guys.

SotP team: Perfection? Meh... We can do better.

It's ambitious, I mean due to how many mods I never see finished I'm doubtful this idea will be completed. But if it does happen I look forward to playing it :D

We intend to finish it, there's quite a lot of people working on this release diligently in the background. It may be the most ambitious release we've ever done, but we're also quite hard headed. Twelve years in the making must mean some people have stuck things out, and that's not about to change!

This is very well put together and quite ambitious. It's amazing how far some games and engines can be pushed, and I'm excited to see the next level of Sins Modding, especially for one of the rare halo mods out in the ether. Also glad to see cooperation in the community with other amazing teams, that's the sort of stuff that really makes the community flourish.

This could be very well the greatest mod I‘ve ever seen. It looks and sounds amazing. The drum sounds are very Battle Star Galacticaish I like it.

I've been following this project since its early days. Its amazing to see all the progress over the years and to see so many people come together to work on something like this is absolutely amazing. I can't wait to see what the future has in store for Chokepoint Games and the community as well.

Two things that is REALLY worth to wait right now :

that makes two of us

The love that all of you put and put into this mod is impressive, which is practically a new game.
Your work is really appreciated, I look forward to this new release!

Also a shout out to the Sims Remastered team guys, I didn't know about that mod, I just downloaded it and oh it's great!

The next release we're working on is another big step up over the current release version. If you're already liking what you see in 0.94b, there is a lot more on the way.

so this will still be a mod for SoaSE right?

im so F*CKING HYPED!!!!!!!! and also, what happend to operation homefront?

WOAAAAA
This project seems as big as a new game. That looks gorgeous. Can't wait to play it. Thank you, you are amazing!

Any idea on roughly when the initial release will be, nothing specific just is it this year or 2022 or even later?

The next release will be SotP2, so no Warlords 1.0.

Man im so excited for this release :D i want to see every aspect of it even the little details on the ships, i'd like to discover many new ways to attack a planet like glassing it with the Covies :D keep up the good work guys

Man this mod is sooo cool, but have two question.
With all the work in shaders and graphics, will the mod increase the system requirements of the base game (Sins of a solar empire Rebellion)?
Will i need better hardware for the mod?
Thank you for your time.

I don't know if this has been asked, or if it's even possible.... To go into this much detail, but if you're modernizing, any chance you can make it so the weapons on the models actually move and fire? Like, you see an AA Turret move and react to the Bombers/Fighters of either Faction? OR if you see a Covenant Cruiser deploy an Orb from it's Hull and fire a laser?

Like i said, i don't know if it's possible. But it would certainly add a whole new level of Life and Interaction to the Sequel that the Prequel never had. And it would make the Battle SO MUCH more.... Real.

And maybe even add in more support buildings for the UNSC? Like Ammo/Supply Depots? Or maybe even add in Special Buildings that add various Benefits like how certain Heroes are planned to do the same thing? Like for Instance, if you have control of the Planet Reach, you could have access to Reaches Planetary Shipyards like the one that Launched the Pillar of Autumn. Or if you control the Ark, you can use it to Initiate the Halo Arrays, onced you add them in Proper. Like if you have Flood Mode on, and it doesnt seem like you're going to win, Last Resort? So to Speak.

It's just an idea. Not sure how it would all work exactly though. But like, certain SIGNIFCANT Planets or Places in the Galaxy provide you with more than just possible Artifacts. But Special Buildings, or Heroes.

So ya'll dead or what?

It is holding until that Halo game comes out...

this music fits so well with the universe too, sounds like actual halo and his that same feeling the real games have like im boutta cry fr

So... did you move to another site or is there just nothing new to tell us?

Amazing things guys, I wish Microsoft hire you to develop a Sins of the prophets stand alone game, you guys deserved it.

Hello guy's and good job for this !

Someone please tell me this is still a thing...

This is still very much a thing.

Two years later, still nothing .. it is a pity that the project has died

The project is in active development.