In which a gameplay video is completed; publisher-pitches are sent; the new intro is completed; the cutscene -system and -editor sees a little work; and an element of level six is progressed.

This week's screenshot shows another still from the new intro cutscene: 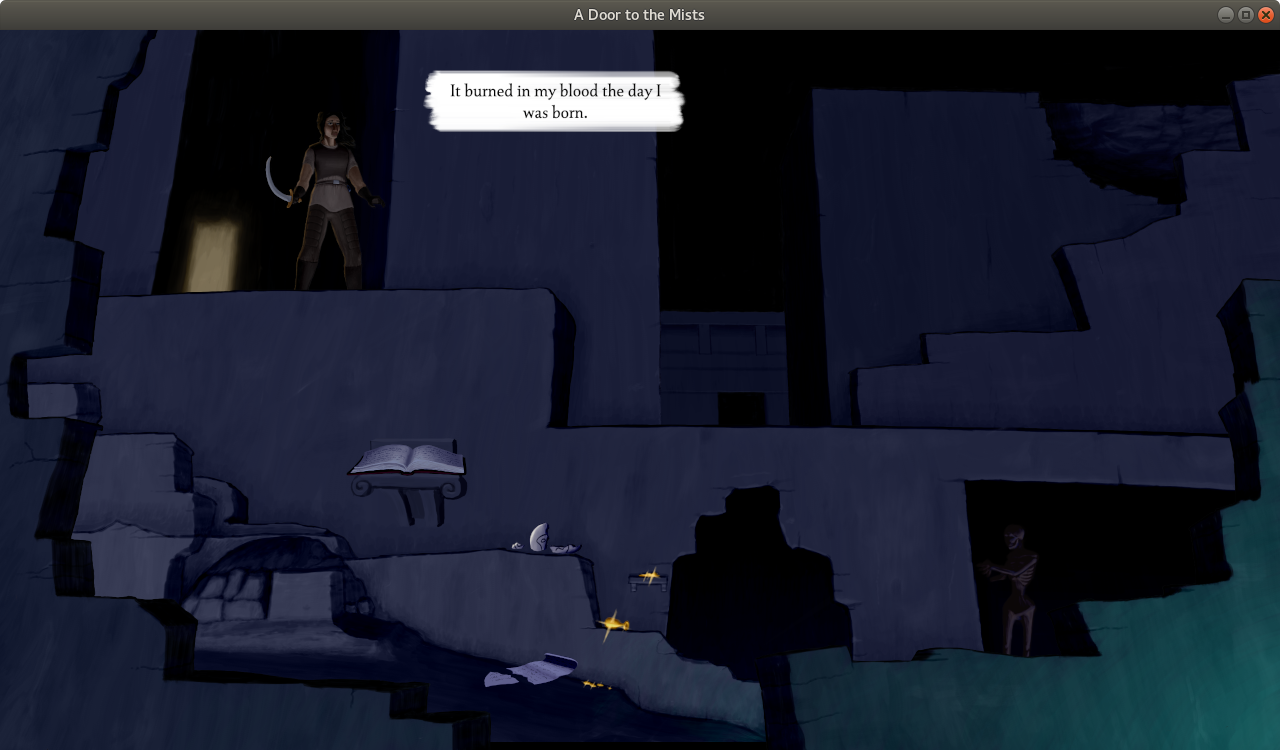 The week just past was perhaps a bit of a slow one, but I do feel that it was nevertheless somewhat productive. In particular, three salient tasks were completed!

Well, in the week just past I completed it, I believe! You should see the new video embedded below:

With that done, I moved, at last, on to a task that I had been nervous about: sending out pitches to publishers.

Much of the preparation for this had been done already, and with the last element intended to represent the game--the above-mentioned video--in place, I was, more or less, ready.

In the end I sent out nearly thirty pitches, I believe; some by email, others via on-site forms.

At time of writing I've had six replies, six rejection emails, if I'm not much mistaken. As for the rest, I continue to wait...

Moving back to the game itself, in the week just past I continued work on the intro cutscene. Continued it, and indeed completed it! (Or at least a draft of it.)

Once the initial few scenes were complete, the remainder went relatively swiftly, as I recall: they re-used more, and thus made for lighter work.

Music, however, proved difficult. I didn't want to re-use the main-menu music in a cutscene that's shown immediately after the main menu. But conversely, I didn't seem to have anything better to hand, and I wasn't finding anything that seemed fitting in my searches of royalty-free sites.

In the end, I settled for that main-menu music; it may not be a perfect solution, but it works, I feel.

Still, overall I think that I'm happy with this new cutscene. ^_^

You should see a recording of it embedded here:

And along the way I enacted a variety of changes and fixes in the cutscene system and its editor.

Perhaps most saliently, the editor and cutscene system now allow freer addition of music-entries, where before they only allowed addition to the end of a set of entries. The new approach is rather more convenient! (The implementation is a little hacky, but it seems to be stable.)

And finally, work continued on level six. Specifically, I believe that I've completed, in rough, the previously-mentioned mist-related feature. That said, it is still rough: there are yet issues that I mean to attend to in it, and elements of polish that I intend to enact.