After about five years of working on this project, I am proud to announce that ShockWave has finally matured to a stage where it is no longer considered a public beta but a full version. 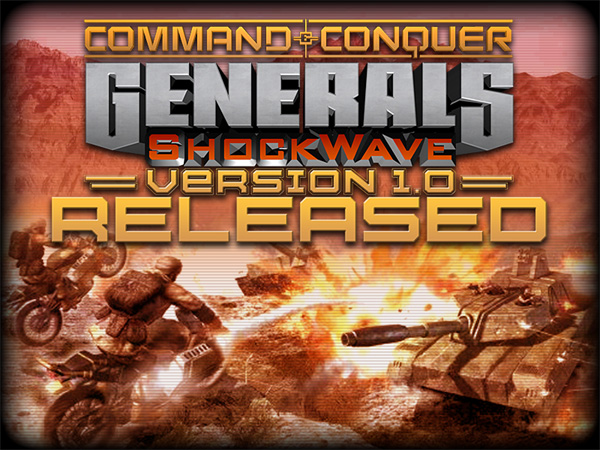 After about five years of working on this project, I am proud to announce that ShockWave has finally matured to a stage where it is no longer considered a public beta but a full version. Over the past few weeks, I have been working extra hard to provide all of you with a playing experience surpassing any previous version with a lot of new content, cosmetic improvements and other tweaks.

Now let us show you some of the things we have saved up for you.

First of all, unique Command Centers for all generals: 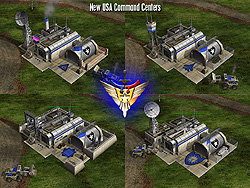 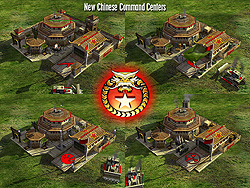 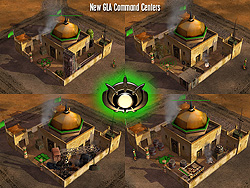 Secondly, to go with these specific Command Centers, each general now has his own distinct builder unit:

Since I cannot slap a general's logo on a Worker, we have done something entirely different for them: 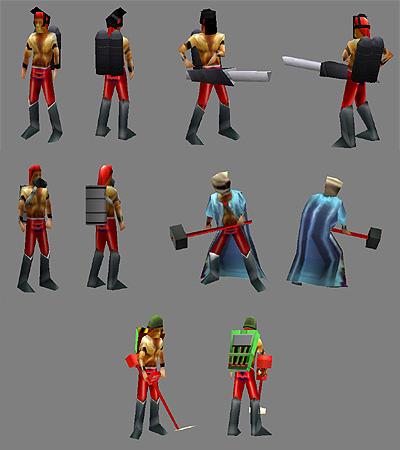 Top: Deathstrike's worker and pics from its construction animation
Mid Left: Thrax's worker with oxygen mask and fitting air tank
Mid Right: Kassad's worker dressed up like a civilian (to blend in)
Bottom: Juhziz's worker with explosive pack and helmet

But wait, that's not all! Full high-resolution DVD covers in 5 different flavours: 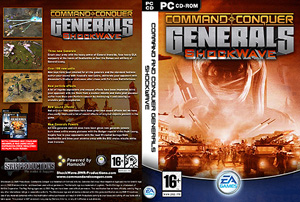 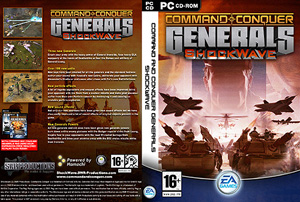 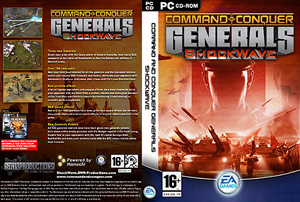 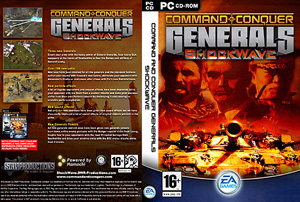 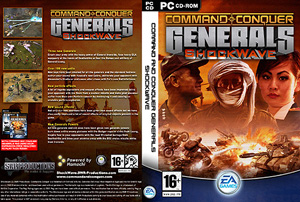 And last but not least (the thing most of you will likely skip to instantly), the mod release itself: 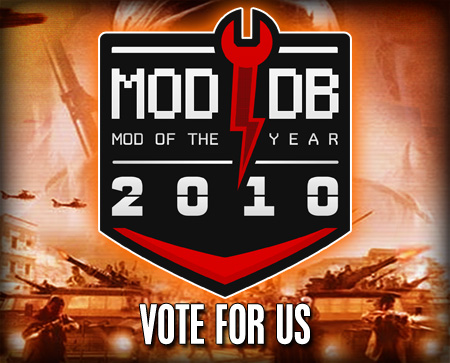 If you enjoy what you see, I would also like to ask you to give us a vote for this year's MOTY awards at ModDB.com. It has been a long way to this point after all.

With all that said, I would also like to take this opportunity to say thank you to everyone who supported me throughout the many years I have been working on this project. This would not have been possible without the help all you guys have provided.

Enjoy this final version of ShockWave, everyone!
The_Hunter and the rest of SWR Productions

I am proud to vote for your mod.

Congrats! Best of luck with MotY!

Already played a round of it. Feels really polished great job SWR! Good luck with RotR

Congrats SWR. You guys did an awesome on this mod.

SWR! Thank you for creating this awesome mod! It has been worth waiting

They finally got some shoes.

You have my vote! Your mod is my favorite C&C Generals mod!

Shweet. Played the hell out of it last night - it is indeed awesome. Oh, I love those covers ... almost make me wish it was official, complete with a campaign, but alas ...

Voted.
The time and work you put into this mod is truly staggering, I'm sure the makers of C&C would be proud.

Nice job! Hope u can get started on RotR as well.

i just jizzed, oh and btw a very big thanks to the swr team for making this mod, im off to vote for you and play the hell out of your mod, thnaks guys and nice work! =D

it doesnt work on my pc!!!! whenever i launch it it says "serious error"

Congratulations go out to all of the SWR team - After all this time you have finally perfected Shockwave!!

(My life is now complete lol)

i just got shockwave 1.0 verson early on and it won't work for some unknown reason when i started the game it came up with an error and when i used the repair icon it said their was nothing worng with it. is it okay that someone can tell me how to get it working properly please?

Prolly because you use Win7 or Vista. We're fixing a lot of the problems right now, so sit tight and wait.

alternatively, you could just rename all the '.gib' shockwave files to '.big' and some of the other files. If you open up one of the .xml files as a .txt, you can tell exactly what files to rename.

As much as I love Shockwave, this also means we can be expecting ROTR sometime in the next few years. Great job SWR.

this is what ZH should have been.
why buy ZH with generals? SHOCKWAVE thats why.

I have to re-install Windows XP on my laptop to get this working.

I use 7 x64 and it works here. It has to do with your security settings. Put them at the lowest possible and 7 shouldnt interfere with your installation.

i would like to know if the new version 1.0 has include AI for the three new generals. c u

Will a patch be released to get this game to work with Windows 7?

What changes are there in comparision to Shockwave 0.95?

Didn't realize it got a 1.0 release in 2010? I had forgotten it was a 'beta' becuase it was always so good.
Probably my favourite mod ever except that the US generals got more balanced. I liked my overpowered Airforce general.
Been meaning to reinstal this for awhile now. Got to get on that.