Read more about some changes and the new "1 minute" gamemode.

Let´s start with the Menu:

Our first trailer is now the scene, which will be shown in the main menu once you start the game. 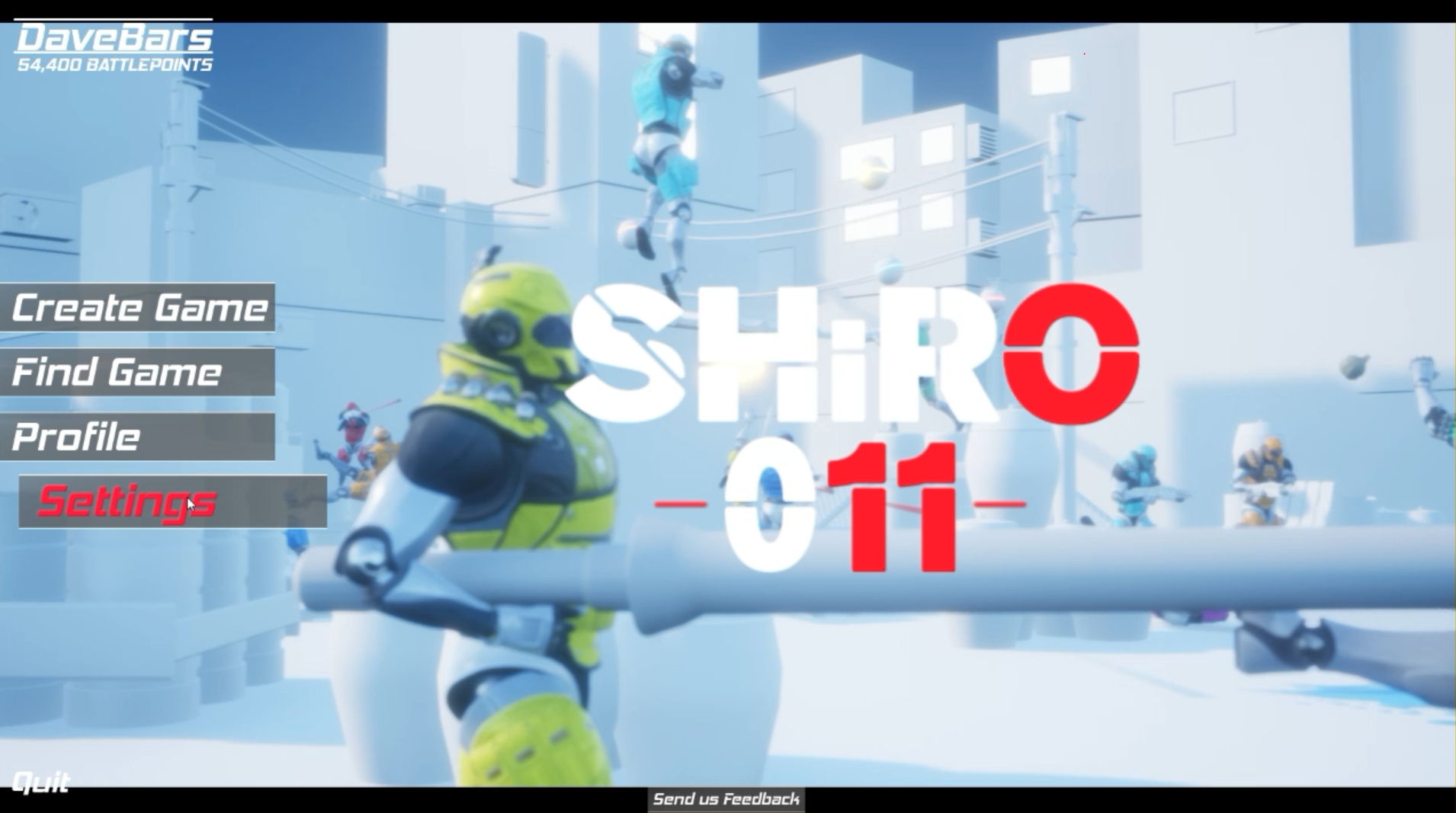 The lobby is now in 3D and chat bubbles will appear above your character.

Arenas are now linked to gamemodes. There are for example only very small arenas available if you have selected the new 1 minute gamemode. 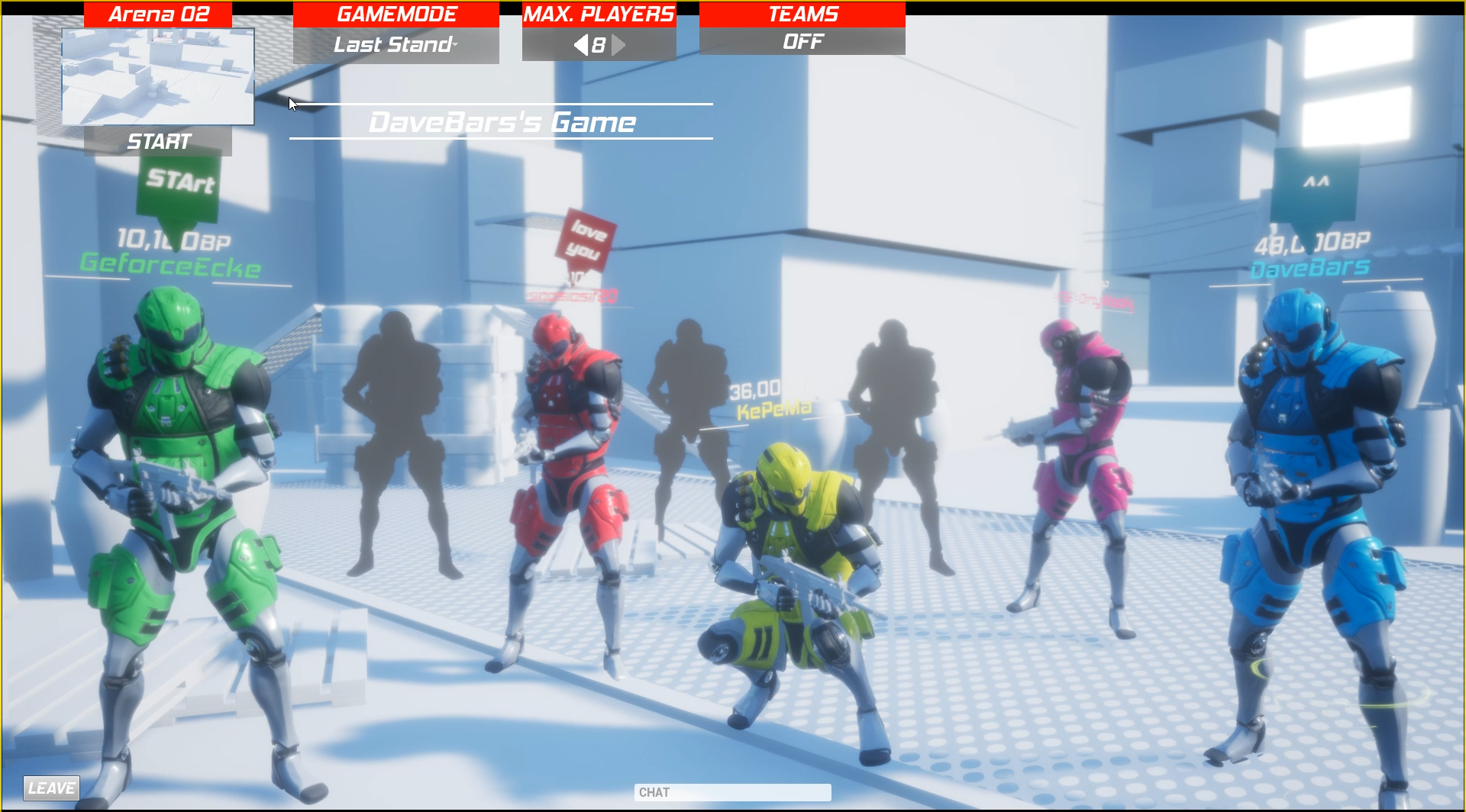 You can now play with up to 4 different teams. Once teams are activated, you can set the number of teams. There is also a new option, which allows you to play in unequal team sizes.

For example:
3 Teams playing against each other.
Team 01 consists of 3 players while Team 02 and Team 03 consists of 2 players.

You don´t share lifepoints/respawns anymore. Every player gets 10 lifepoints even if they fight in team battles. 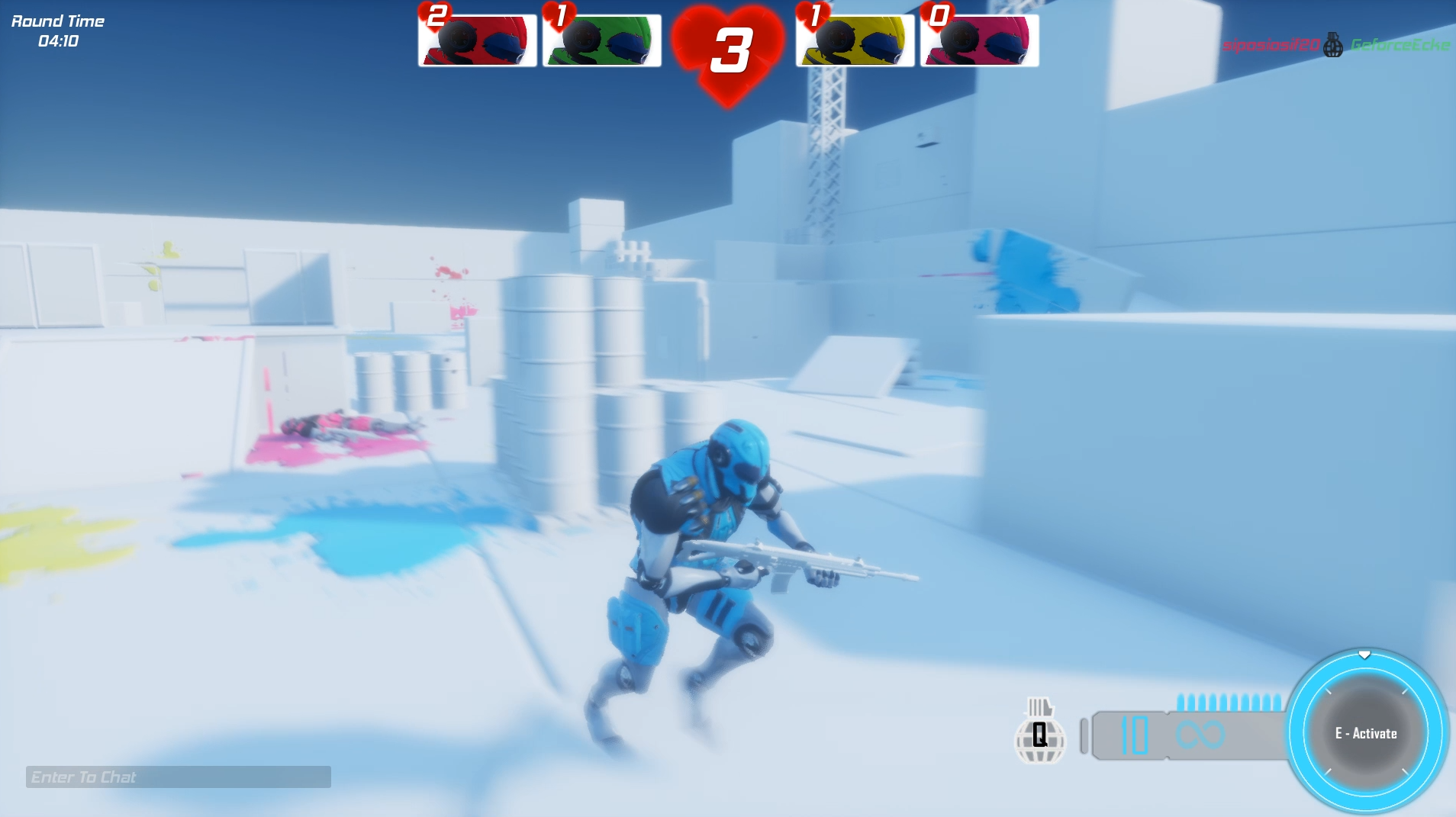 Reloading is a very important mechanic in this game. Your basic weapon has unlimited ammo but only 10 shots and after that you have to reload. However, the character will not reload automatically because it gives you a very big disadvantage and we want to give you as much control as possible. You decide if you want to reload or to run away first.

Reloading in air is now possible. This gives you more control over the character and more mobility because now you can reload while jumping from a platform to another. 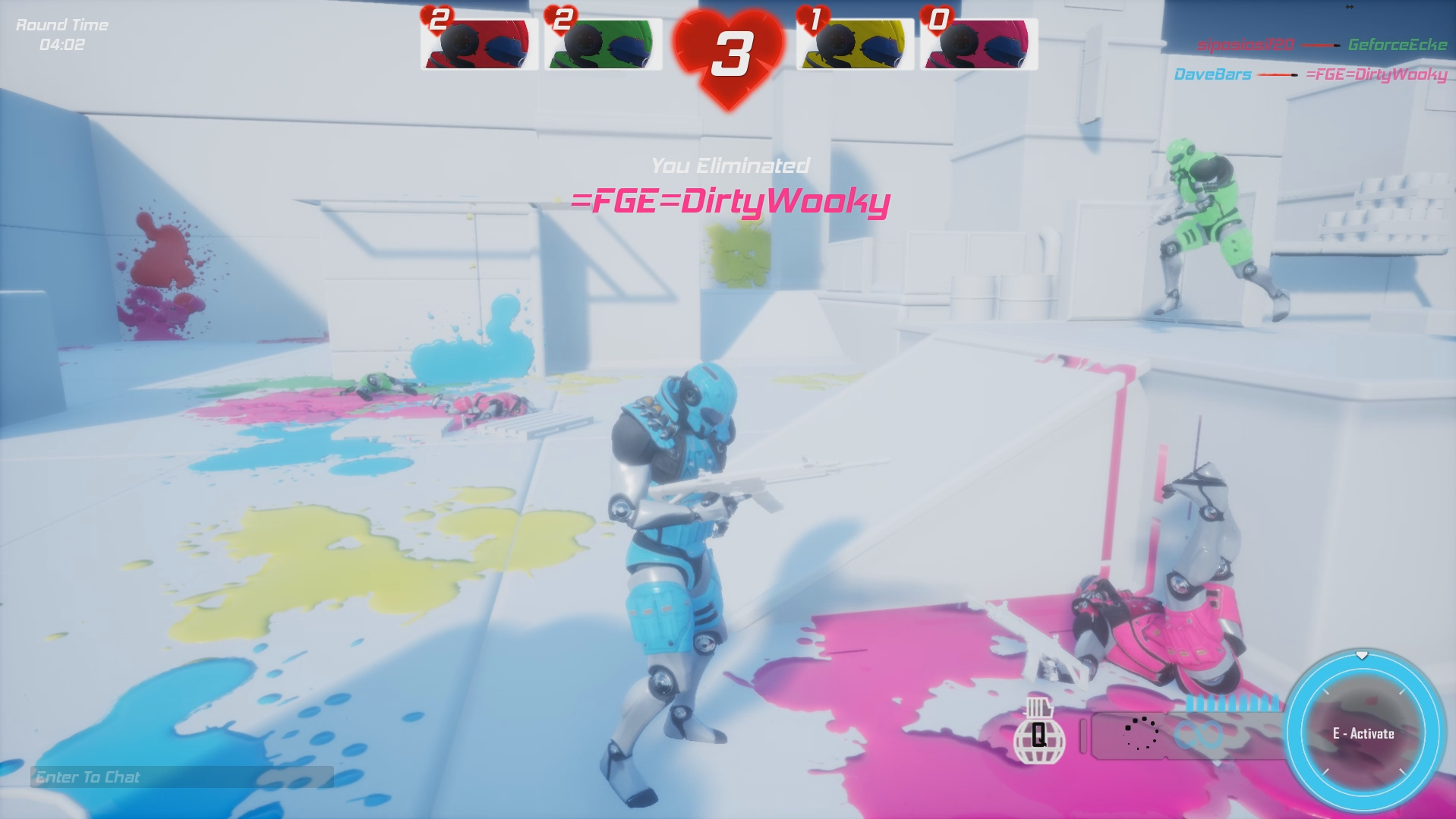 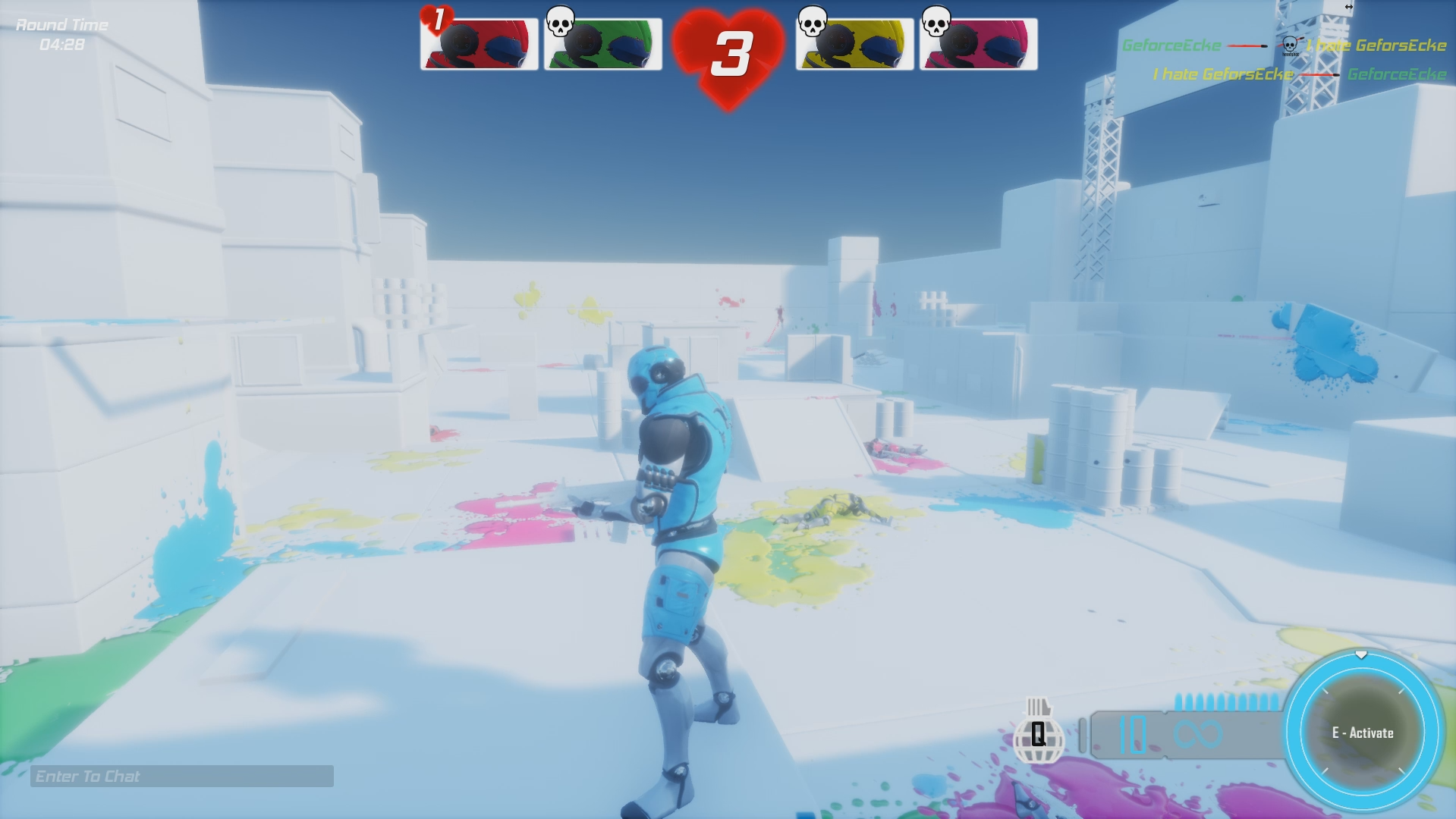 A couple of maps will have some traps. So you have to keep an eye on your environment as well. 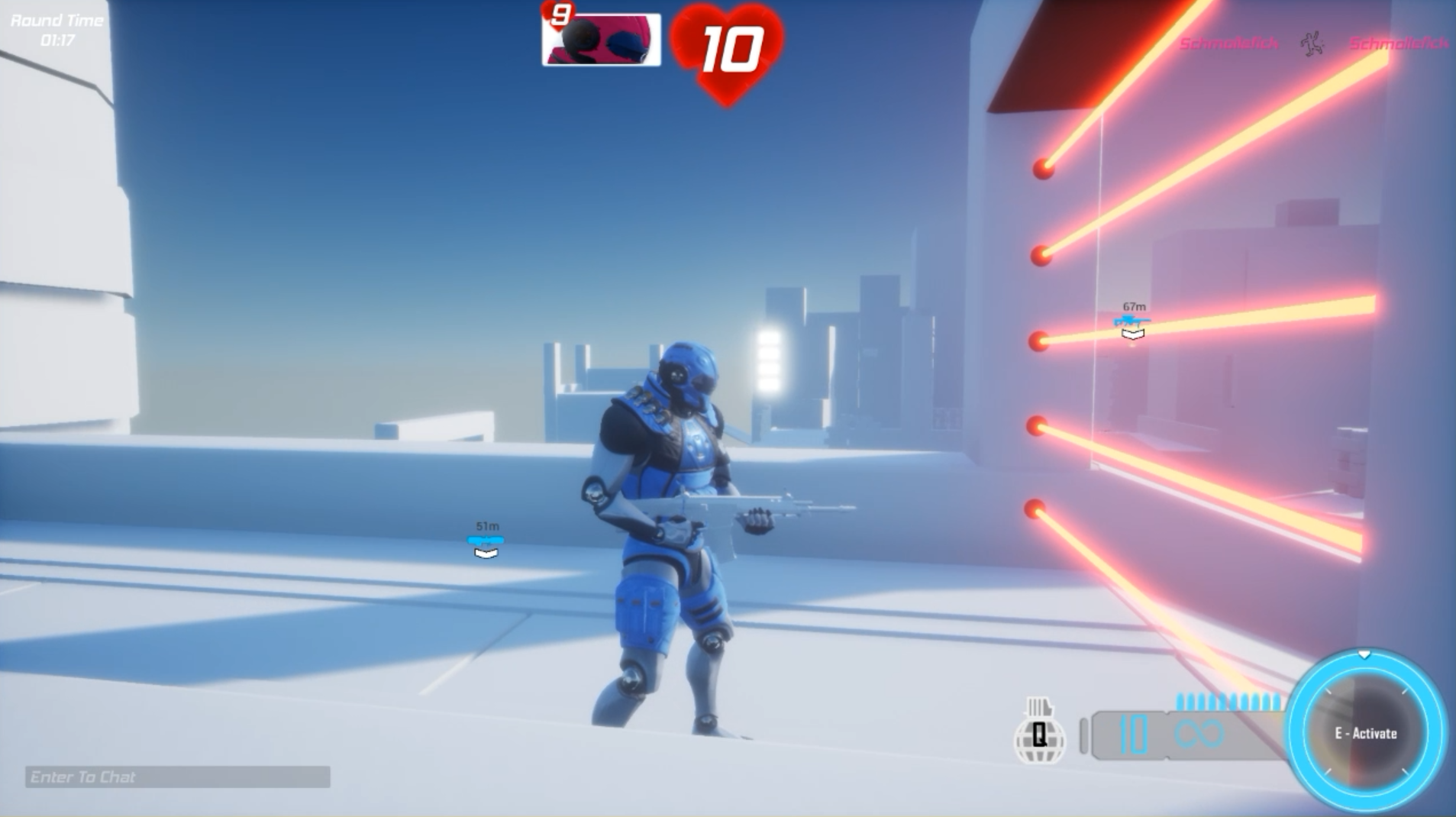 Every player has only one life and one hit is enough to get killed.
At the beginning everyone spawns in the middle of the arena.
The Spawnprotection gives you for 2,5 seconds 200% movement speed and immortality. Use this time to bring youreself into a good position because after that, chaos will break out :) 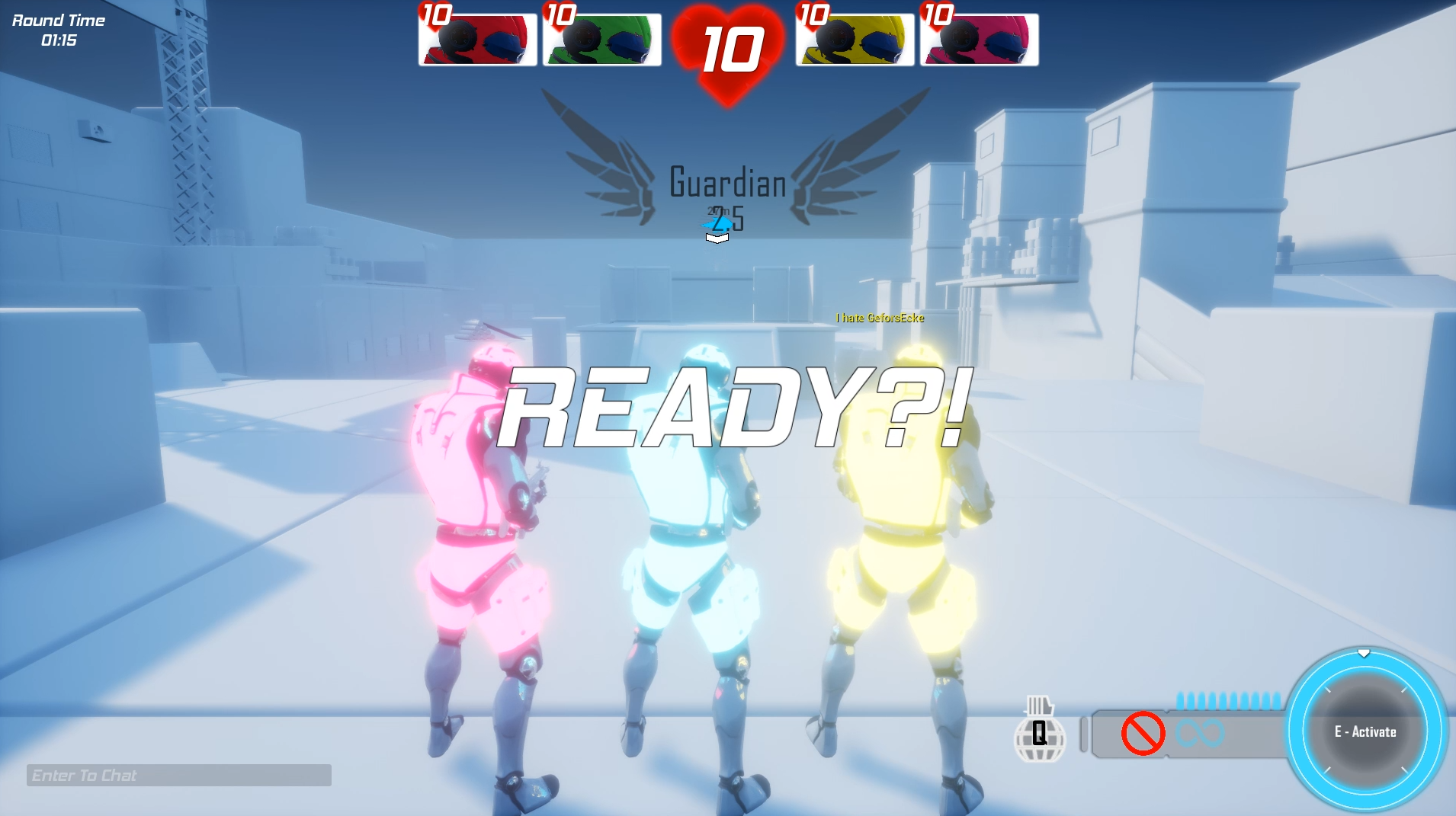 If you like the idea of SHiRO 011, then follow us on social Media and put the game on your wishlist :)