You got 5 min ? You got a match ! SHiRO 011 is Third Person Arena Shooter where every hit is deadly. - Team up or fight alone in chaotic, fast and action-filled 5 minutes battles. - One Shot Mechanic: Every Hit is deadly, no matter where you hit your enemy - Slow down time to avoid projectiles or to hunt down your enemy while they are reloading 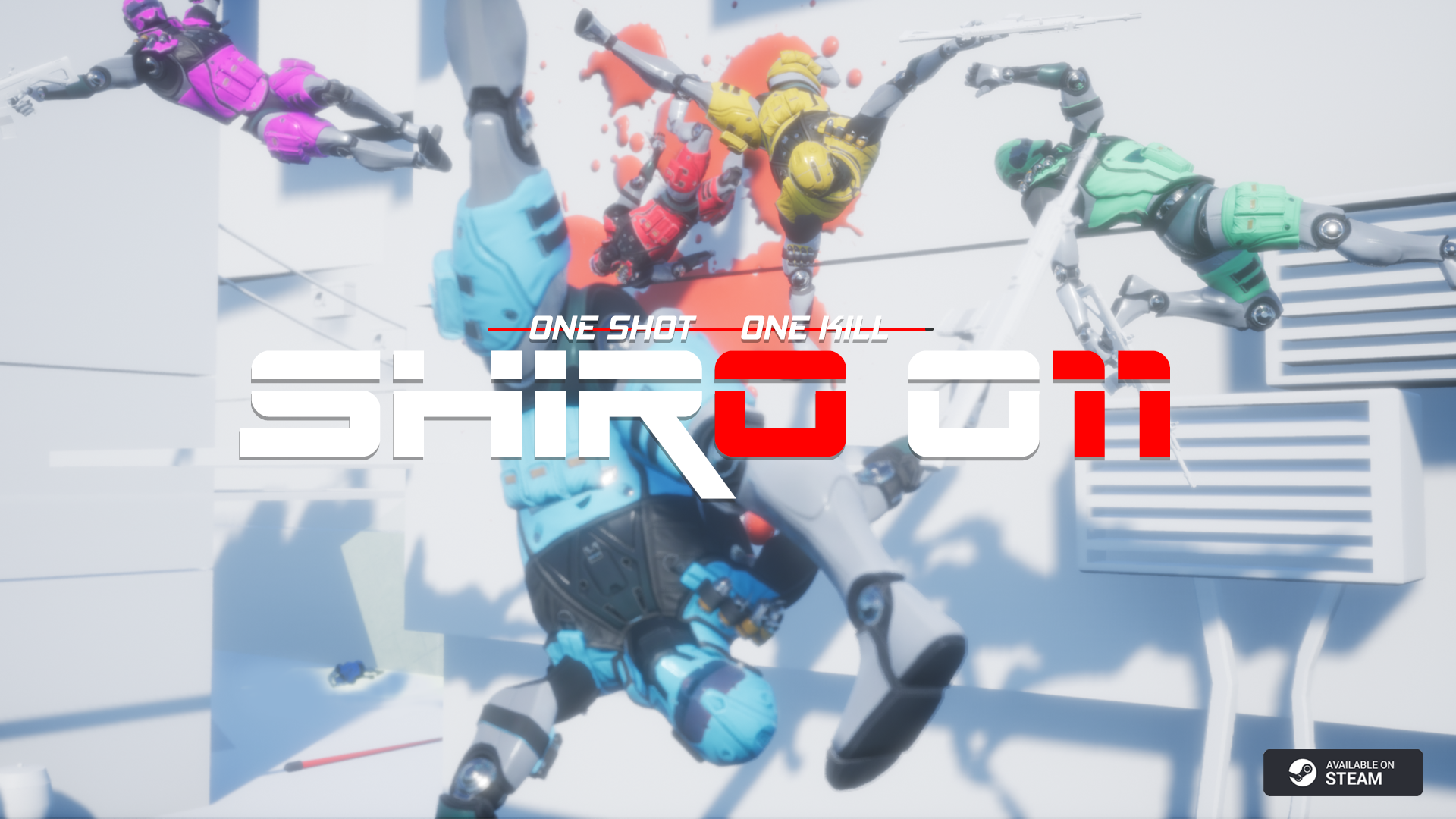 BARS STUDIOS is happy to announce that SHiRO 011, has been released on Steam for Early Access.

SHiRO 011, the studio’s first ever release, is a 3rd-person multiplayer arena shooter, that makes use of "one-shot, one-kill" and bullet time mechanics.

The game is now available on Steam for a regular price of 15.00 EUR/USD, whereas early birds who buy the game in the first 5 days will get a discount of 25%.

SHiRO 011 can be played online by up to 8 players at a time or by up to 4 players in splitscreen mode on one PC.

Other than this maximum amount of players, there is no limit regarding team formations. All vs all, 1v1, uneven teams, and more are possible.

What makes up the game are its extremely fast-paced and hilariously chaotic multiplayer matches where it’s all about the perfect timing.

SHiRO 011 focuses mostly on its „Last One Standing“ game mode, where only one player or team will survive until the end. Enter the arena with 10 lifepoints and try to be the last one Standing.

We are planning to add a lot of new content to SHiRO 011 before leaving Early Access because we want to use the game‘s full potential, which is also the reason why we decided to go with Early Access.

Customization, level editor, additional weapons, game modes and new maps will be depend on community feedback. 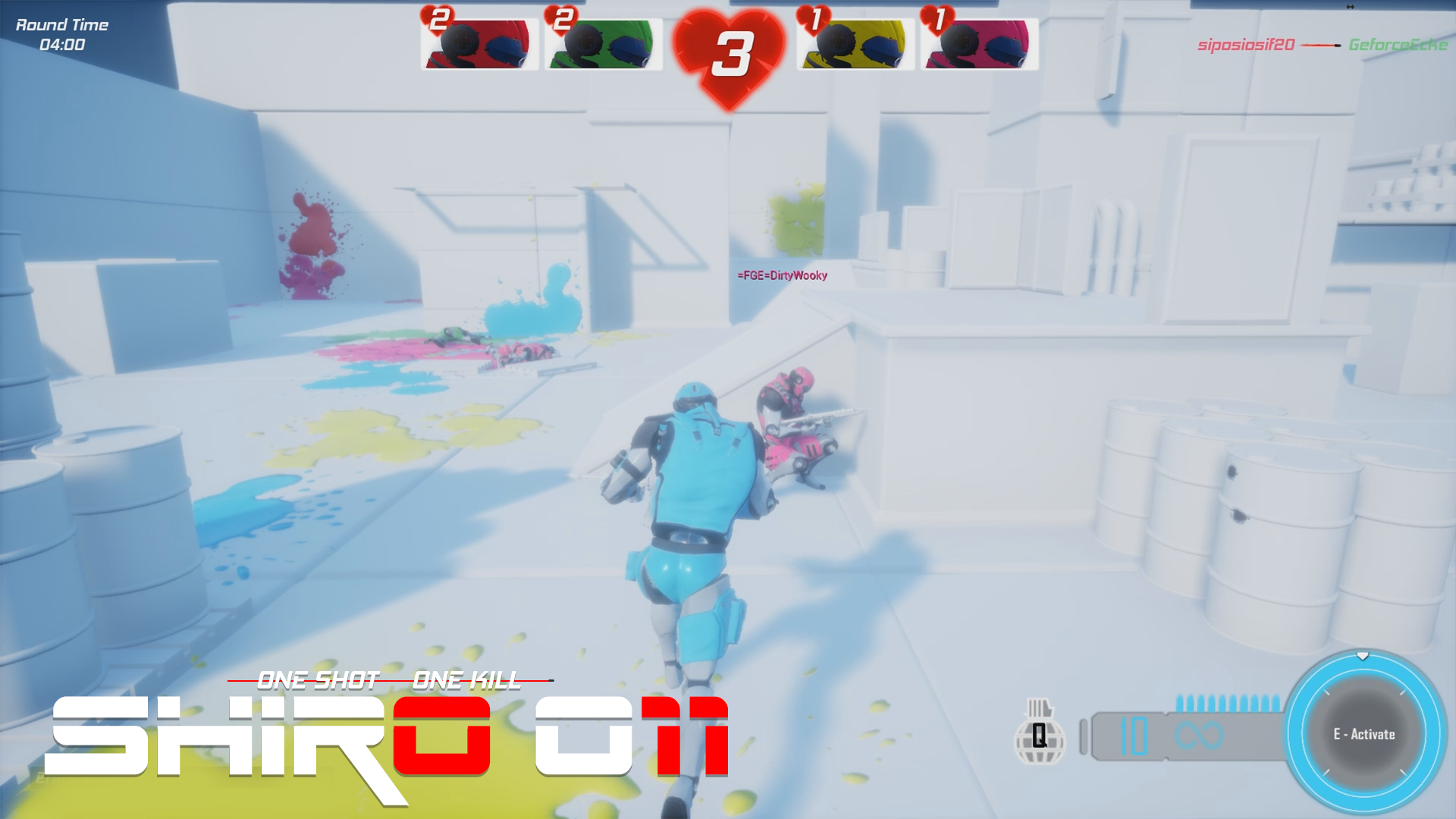 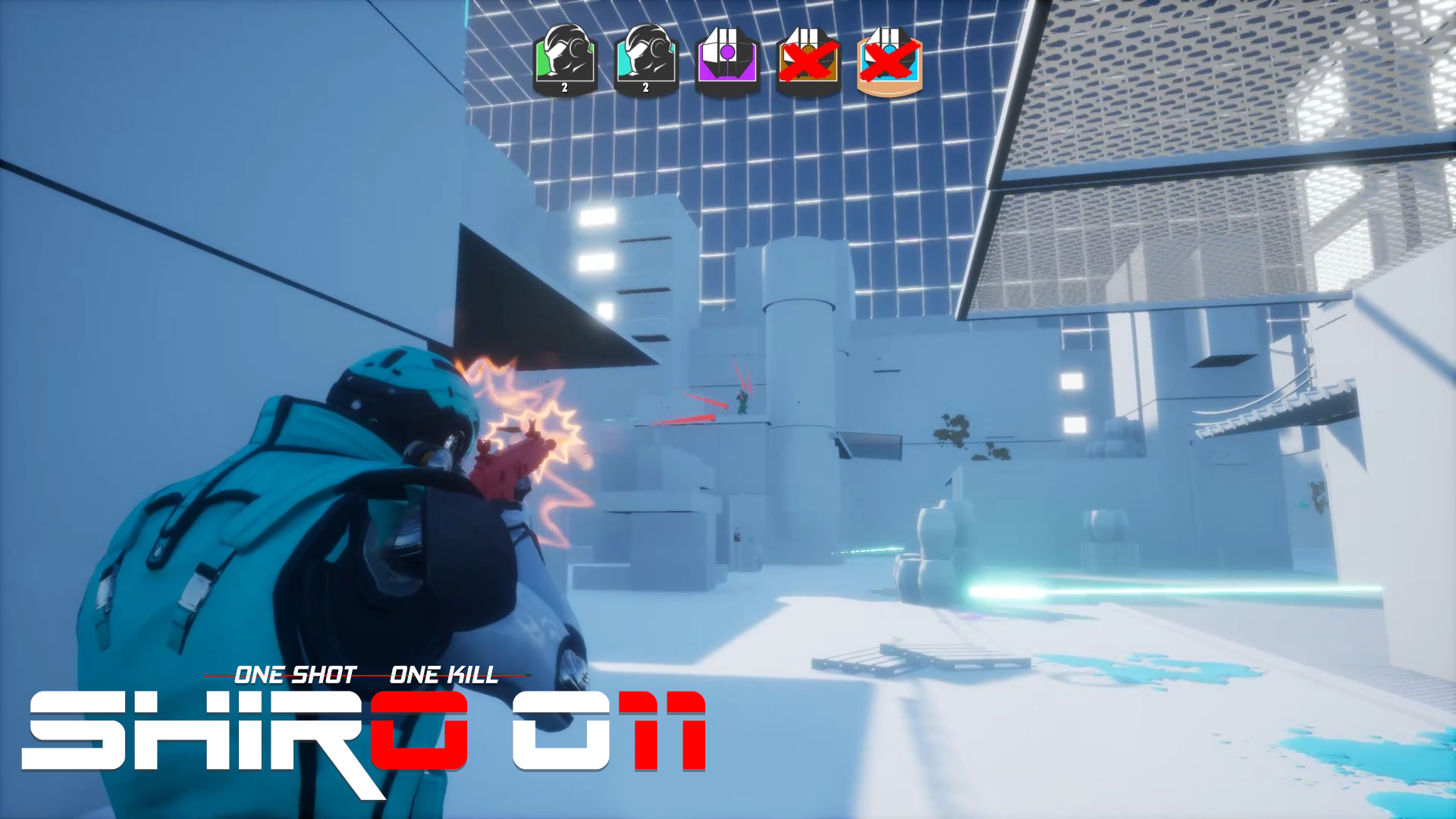 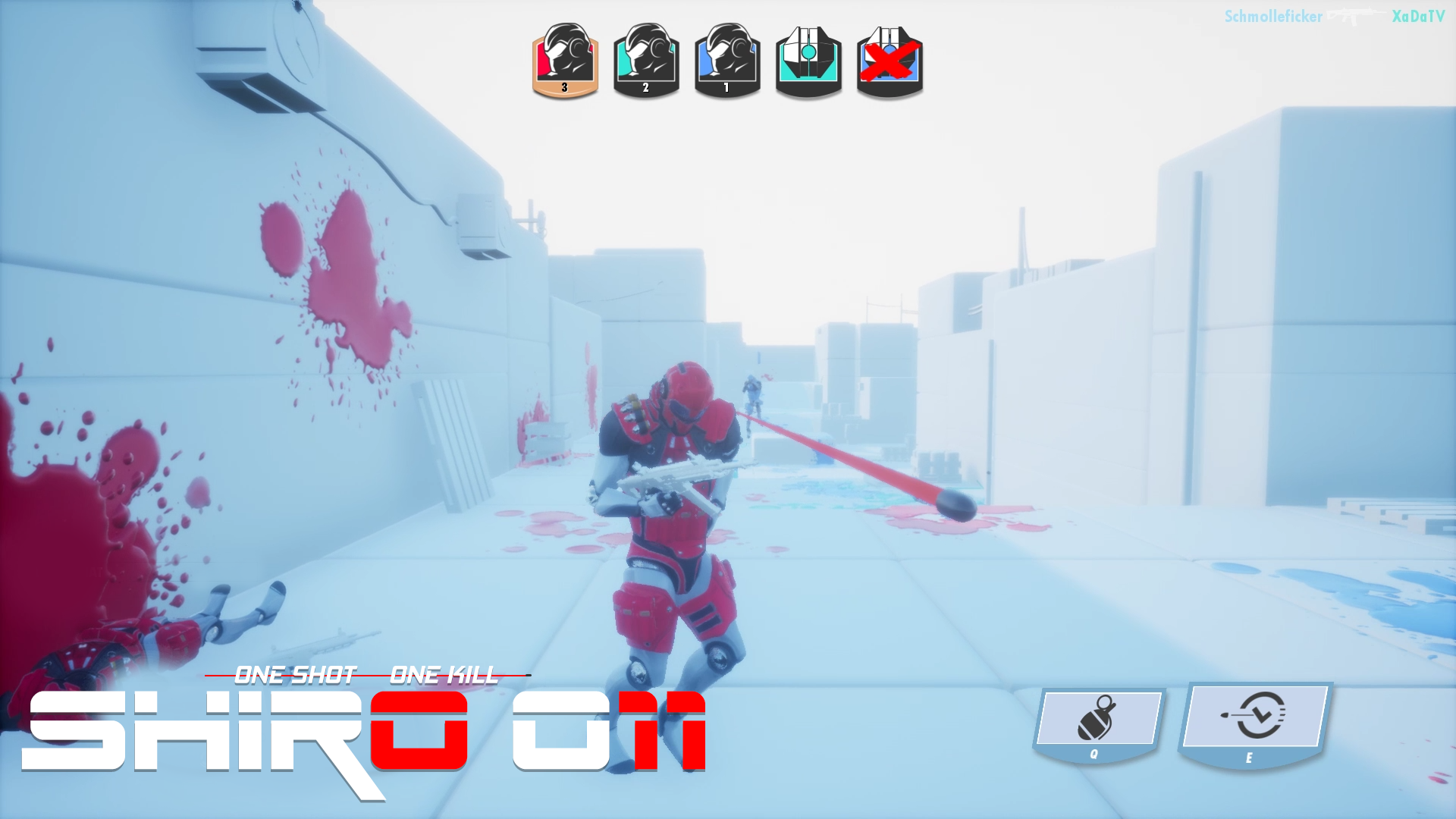 SHiRO 011 has its own active Discord community, where everyone playing or interested in the game should feel free to chat with other players or the developers: Discord.gg

Read more about some changes and the new "1 minute" gamemode.

Its a really nice game but when and where is the lan Party in Vienna?

Hey, sry for this super late answer. We have a facebook page "Shiro 011". We will announce events there and post all relevant informations :)

Because we are preparing a new version.

We are planning a new Lan Party event in vienna and with that we will upload a new version, which will be available for 3 days.

With that we make sure, that we have enough testers playing the game at the same time. Feedback is everything and we want to deliver a very fast, smooth and especially fun shooter at the end :)

Maybe the blood color could be the same as the blood color, that might make the "artificial blood" more authentic, and could provide the players with visual cues.

Add install instructions! It's apart of the rules and I don't want this disqualified. :)