As with the other GLA vehicles, the Observation Van has been given a neat visual update as well... 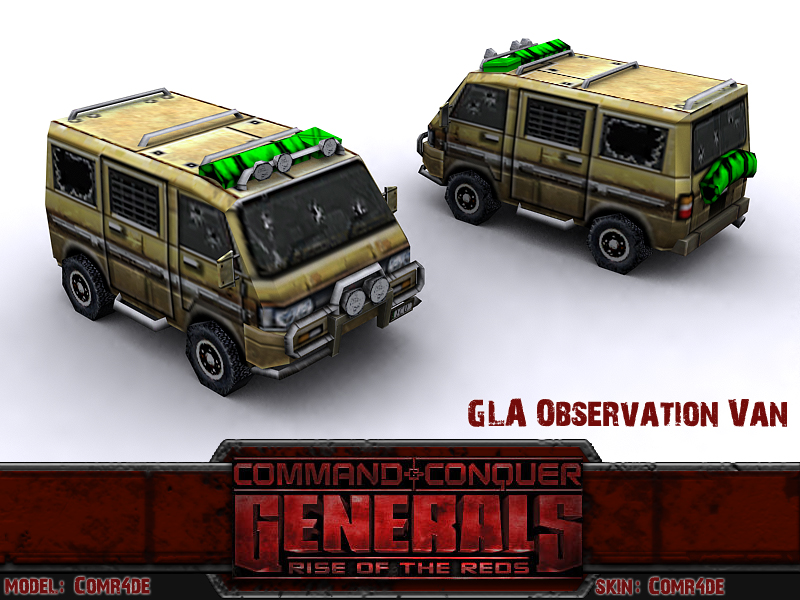 As with the other GLA vehicles, the Observation Van has been given a neat visual update as well. 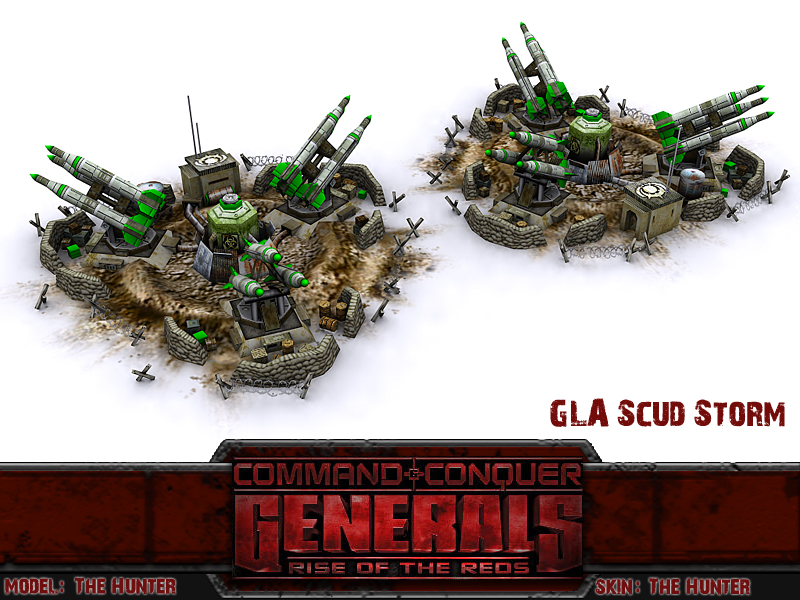 the SCUD Storm missiles have been as of a recent internal update also been tweaked to look more interesting.l 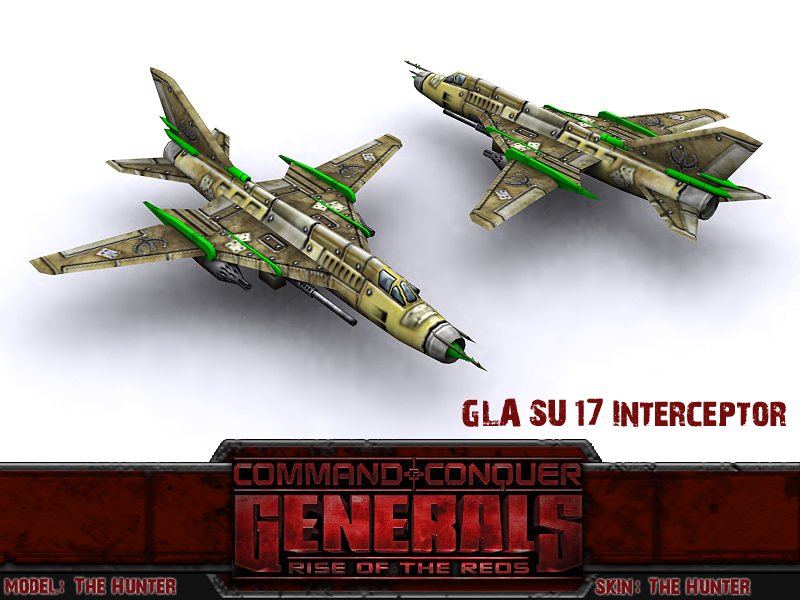 The GLA Interceptor has been given a complete visual overhaul as well. Formerly based on a fictitious concept, it is now modelled after the Su-17 'Fitter' which was exported to Soviet client states in Africa and the Middle East. The new Interceptor will also be functionally different in that its default armament now consists of two externally mounted 30mm autocannons and UB-32 rocket pods. The rocket pods can be replaced with guided missiles for precision strikes or free-fall bombs for high-explosive area damage. 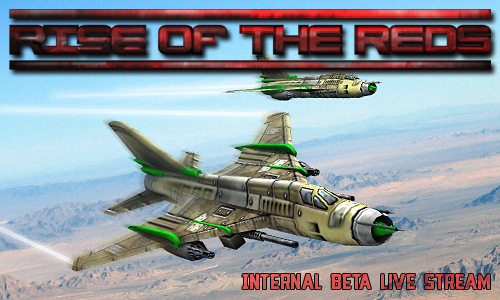 Interesting choice of SU-17, but I think it should be called "GLA "Fighter-bomber".

Yeah, but Interceptor sounds more interesting. I do like the new design though.

Hi ;) Want to test this thing here, but you have so much updates that i cannot see what i need to download for it. Can you please do a upload with all?

As the post states, this is "a recent internal update," which means that none of the recent content is publicly available. Those of us like you and me (on the outside, not part of the ROTR internal testing group) just need to be patient. They will release the next public build when they do, and then we will all get to play with the new cool toys!

The ROTR team has been amazing about continuing to plug away and work at the mod with an incredible level of attention to detail, so I predict that it will be worth the wait, and trust that the new version will come sooner rather than never.

Hi can anyone explain how i play with people from across the world? becouse i play skirmish and tried the new factions. but its boring playing against the computer. how do i play against real people? thank you

You might want to just wait until 1.85 to come out. It comes with SWR net, which will make online multiplayer easier to set up, rather try and figure which of the many services are currently used by the most players.

It all looks epic. Great work.

I'm sure someone in their ranks does. If they're a global terrorism group, someone would discover it.
But I can see what you mean. Doesn't look very... interceptory. Then again, neither did the MiG-25 xD

and that name sounds like ****,so let's keep the current one.
(nothing personal against you,just that name to long lol)

A large, mostly stationary airforce made up of fixed wing fighter craft would not fit with GLA doctrine, not to mention the... attention, that would be paid to a GLA fighter base. They are mobile enough without an airforce, and besides, aircraft are not their forte, in-game anyway. That's where the US comes in.

I saw those Interceptors during a stream; good stuff, really looking forward to manhandling those poor pilots with my "superior" GLA airforce tactics.

Good luck against Harriers and Raptors xD. Harriers are so cheap able to reload on the fly. My raptors fly off and the harriers are chasing with a full payload.