Previous year turned out to give as much as the previous one did - numerous mechanics are postponed and finished, some of the critical bugs are fixed, a transfer to "chunk" system took place and many, many other things.

Talking about multiplayer it is important to mention interpolation system replacment, which caused a lot of characters' animation to become more fluent. On the other hand, usage of increment synchronization technology leads to an optimization of the Internet channel, saving the same frequency of updates.

"Personal Stashes" system was implemented and intigrated into the multiplayer mode, making the contents of such stashes available from different places on one server, or on different servers. The reputation system is being developed, it already influences the prices of the traders and increases when an according quest is finished. New types of quests were implemented, but they are still in active development.

We have also completely revamped back-end of the server API to C#, which solves the problem of the massive scale of the world and works times faster, then the old version on PHP

Simulation of life also went through changes: for stalkers we took the system of faction wars, but we remade it that way that squads of factions are now following a global logic, not just wandering around. Mutants have a system of a "lair" implemented, where they will be able to reproduce, but not outside it. That way we ensure that the region will remain dangerous, but leaving a possibility for players to secure certain locations and make them relatively safe, as long as they protect the borders from future invasions of mutants.

Chunks... You are already familiar with pros of this system, now we are going to go over cons. For example, spawn of loot outside of the players' loading zone would cause the last to fall through the map, because the physical engine (client-side) did not have information about the location loot spawned in. This same problem turned out when it was noticed that characters which died on long distance from the player when items were dropped on the ground. Though, some days beffore the publication this problem was fixed and now everything is as it should be.

Besides things that were mentioned, we are still going with the work on the instrumentary of the project. For example, when filling the location up we were met with a certain obstacle of the SDK, a limit of objects. Minding that SDK was developed in conditions of 2002, development of a product is very, VERY uncomfortable by modern standards, so we made a decision of an update to RAD Studio 10.3. After that we had no problems in "expanding" the limit, fixing old bugs and adding new features. Although that we still have problems working with SDK, now it is possible to work in the environment without critical errors.

It is also important to mention that our screen writers have recieved a handy instrument called "Dialog Editor", which makes creation of dialogue free of specific skills, connected with SDK.

In level design we also have made a decision to discard the older versions of our locations due to numerous factors, including optimization, and move to the Nikita Lebediev's version, customizing it and adding some of our own content. Currenty all the places in locations are available to the NPCs, some of the single and architype anomalies are also present on the maps. Most places have their own spots of interest, like crates and stashes, including random item spawns. The work with unique sublocations and general reimagination of the global picture of the world is continued. Partically, we have 3 big bases (Bandit base on the swamps, Loners base on Kordon and a Black Market on Garbage), which have their own unique characters (traders, mechanics, etc.). Duty Base on "Agroprom" is almost finished. That can't be said about the Freedom Camp in Dark Valley, as it is only being populated 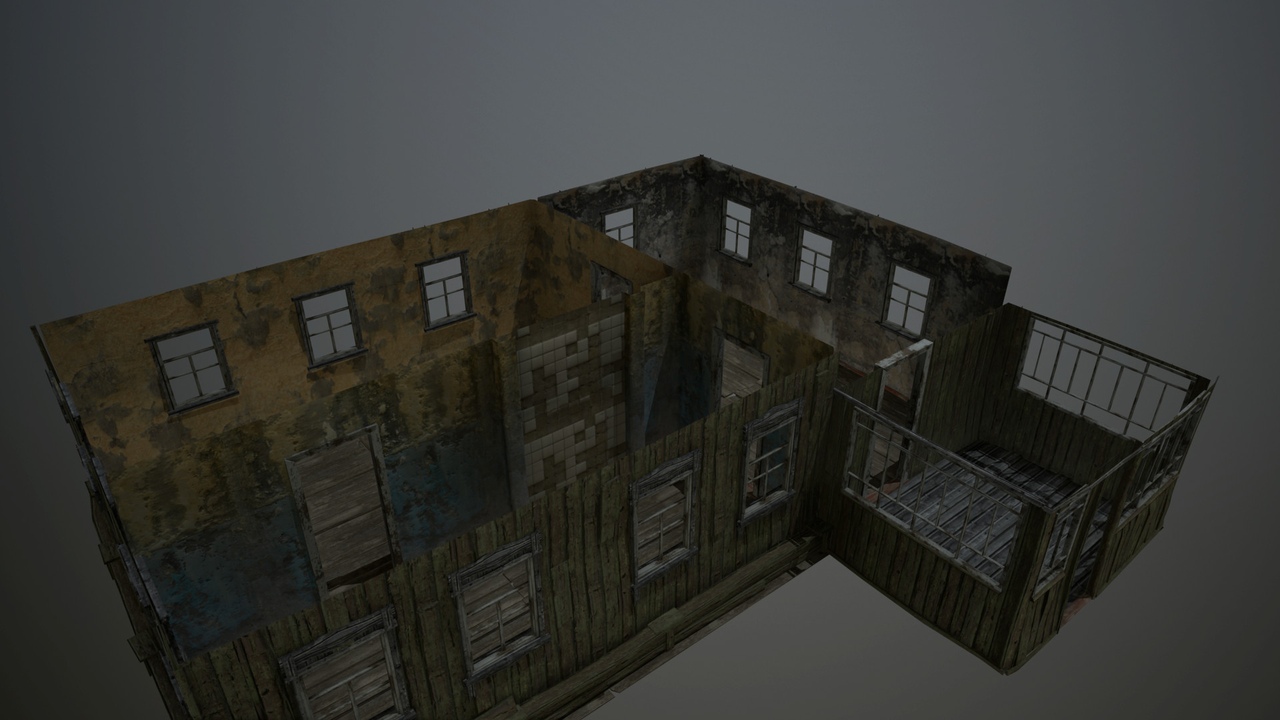 System of weapons is slowly, but steadily acquires new features, which might not be visible to a regular player but most surely affect comfotable experience with the game and involve simplification of weapons overall. There is a lot of work yet to do, but there are features that are already being implemented into the game.

For example, not so long ago we added a system of animation layers, which open a big number of possibilities, most important of them would be soft blending of movement animation with any type of interaction, which was impossible to do in STALKER before and this, in our opinion, drastically changed how the weapon feels, making it more dynamic:

We also added a critical condition for the player, which causes tremor, limping and problems with holding the weapon in aiming mode:

Everything presented is a WIP and testing, which might be changed in future.

Interactive objects are being worked on and developed still. Sadly, we couldn't provide the promised medicine clip, because all medical items aren't finished yet. Still, we have something to show:

Besides that, our modelers have already finished a number weapons and their attachments, part of which you could see in already presented materials previously: 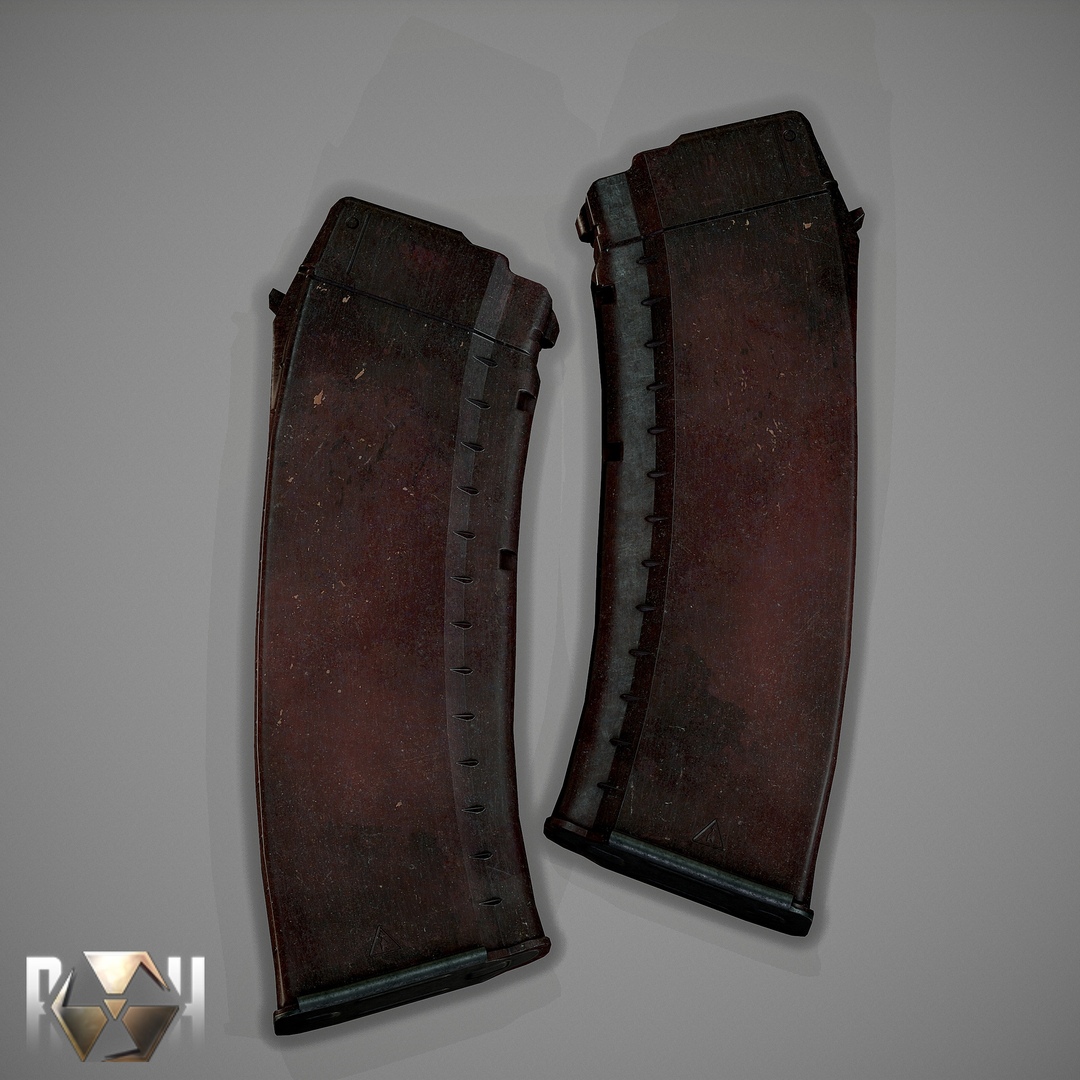 Currently, a number of weapons are being developed, which, in result, are going to be added in the game

To summarise the previous years, we can say this: development of project has become more complicated and fluent, the project itself had some things added and dragged for a little bit longer, then we expected. Still, this only motivates us as creators of Ray of Hope to set bigger goals for ouselves in a pursuit of a complete project, which can be picked up by any fan or just a person that likes complex multiplayer games and for ourselves as developers of the project. Because we create a project which we can enjoy ourselves too and this means we care deeply about the quality! We wish you all the best and we will see you real soon!

We're getting there, slowly but surely

Already at this point, this is likely to be better than STALKER 2.

I dont know, but I get a feeling that these wonderful teams putting out amazing quality mods like this just postpones the date for stalker 2.

you doing professional work right there, it is really true dedication. and I am sure, if you get to release it in the end, all this effort and time spent, gonna pay you back.

good luck to the team, and I really hope you will be able to finish the project.
and that you will not have to stop.

hope you well and awesome work

Great work you guys! Thanks for the update and wish you all the best in the new year!

very impressive work! thanks for this nice article with nice pictures and videos! keep it up!

There isn't a single part of this update that isn't amazing, you guys are doing god's work. Thank you for sharing and best of luck in the new year!

Amazing team. Super excited to be able to test this once it is ready. Wishing you only the best and every success for the new year!!

"making the contents of such stashes available from different places on one server, or on different servers."
Does it mean there is some kind of centralization? If there is please make it absolutely optional. I'll be damned if I can't run this in a stricly LAN environment.

I believe in you

Now that everyone is being hopeful about modders now I think we are getting somewhere with good support. of nice people in the community "thank you Stalkers".

I'm a month late reading this but it all sounds (and looks) great! Those fluid anim blends are a very nice addition, almost Far Cry 2 level (and that's a truly great thing :D).

If you guys can do all this and *still* keep it feeling like S.T.A.L.K.E.R. (*and* release it within the next year or two) this mod will give Tarkov a run for its money. ;D

Seriously, if you guys get this game feature complete and just need more content, you should consider talking to GSC about selling this thing on Steam. I'd certainly be willing to pay for it if it's of the quality you've demonstrated so far!

Pleas, when we will have the opportunity to try this beauty?!!