First Indie Game Devlog for ReignScape : An original and unique 2D strategy /city builder game made with GodotEngine C# and C ! This week I worked a lot on the overall design of the game !

ReignScape is an original and unique strategy / citybuilder game made with GodotEngine, C# and C for the server part.

If you haven't yet, please read the introduction article here, it explains how I got the idea and how it is made.

This week I wanted to focus on three main things :

I started this week by solving an issue I had with the inventories easy peasy now they update correctly !

During the afternoon I drew and imported some new designs for the structures.

You see, I really like the simple and unique design of the original drawings.

It is something I am really attached to.

But for a video game I think I can’t keep this design because there is too much unoccupied space on the screen.

I tried adding some colors using different methods but was never really satisfied with the result. 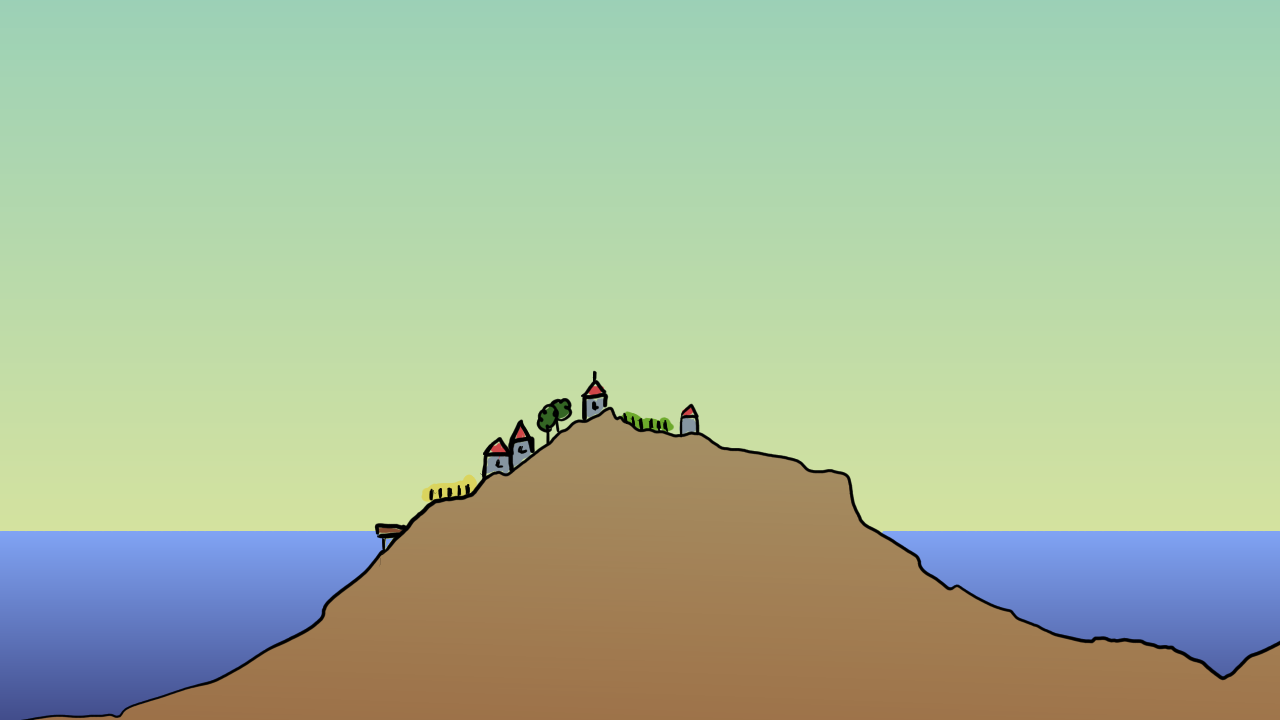 It is a real pain for me to make this decision, but some weeks ago I started my research for a new design.
After some tries I came up with this sketch which I think is really promising.

The 3D effect on the houses allows me to add more details and create more shapes.

I was not satisfied with the trees though, so on Monday afternoon I remade them..
I created the different growth stages from a tiny seed to a fully grown tree !
I also made the corn field and campfire designs !

After creating the sprite sheet and importing it in Godot Engine, I struggled a bit with some size issues.

Finally those new structures were in the game !

On Tuesday morning I was still resizing the structures when I decided to make the houses 3 points wide ! 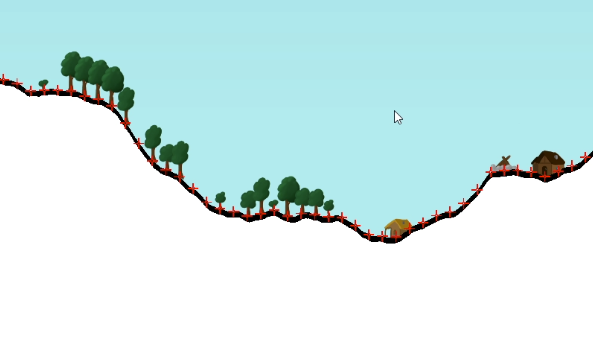 I think it is a great Idea so each structure can take a certain amount of space, and for example trees can be closer to each other !

During the afternoon I’ve created a shader for the ground, that's a language used to tell the computer what to draw on screen, pretty difficult to master but really powerful !

I’m really happy with the result.

I think it looks great !

So I added some fire and smoke to the campfire !
The game already looks way better I think !

I started wednesday by fixing an issue, the camera was never correctly centered vertically, I had an annoying tiny offset which was a problem when you wanted to zoom in on the world.

I enhanced the background a bit and worked on some animations showing when resources are collected or consumed !

Those animations were not really relevant for the houses so I kept them only for the campfire which is the center storage of the village.
I also made some speech bubbles so the houses can warn you when they lack something !

During the evening I managed to solve another issue, the borders of the chunks were broken when zoomed in or out.

I was quite desperate for this one cause I already tried a lot and never found a solution, but with some more motivation I managed to solve this ! It was due to some kind of strange looping with a texture so I made it wider than needed.

I started Thursday by fixing a bug with the speech bubbles involved by some fancy C code ..
Now they appear correctly for both food and wood.

I added a smoothing parameter to the terrain shader, so it looks smooth from far away but not blurred when zoomed in.
It may affect performances though, but I am waiting for Godot 4 which is supposed to bring global shader uniforms to improve on this.

My afternoon was dedicated to adding an animation to show when a tree is being cut.

I also created a new image with a trunk so you can see recently cutted trees.

I think this helps a lot to understand what is going on.

I tried to create a parallax background, but got into some troubles with it. I tried different methods but struggled quite a lot. I’ve ended up with one which is far from perfect but quite promising !

For the rest of my time I worked on the game logic and balanced it.


An example showing it is in the devlog video, I recommend you to watch it !

Now it’s Friday and I am recording, editing and publishing the video as I want to take time for myself and rest a little bit this weekend.

My next goals are to improve the background, create a more appropriate game user interface and redesign the game menus.

I also detected a few bugs so I’ll try to fix those.

See you next week !