HHF version release 1.09. Excuse me if this update is more lackluster than other HHF updates as this is my first, and all my updates posted to HHF have been sad or depressing thus far. :(

Excuse me if this update is more lackluster than other HHF updates as this is my first, and all my updates posted to HHF have been sad or depressing thus far. :(

That being said, I hope everyone is having/has had a wonderful Halloween. Or, if you're not celebrating (probably because you're too cool to suit up or not cool enough or whatever cool factor you are), I wish you a good day. Two things first, I picked Halloween because it gives me an excuse to go out partying on the night of, and so I could actually enjoy Forza Horizon (great racing game btw) before Halo 4 comes out. I'm a busy man you know, and spending about 16+ hours on textures is very taxing, especially on a mechanical engineering major. But I did it!

I want to apologize before we dive deeper, as I didn't have enough time to redo the Hermes, Orthrus, Scaffold and Gantry. Furthermore, the ships I did do major overhauls on (Anchor 12, Corvetteyard, Gyges) are not 100% complete in texture detail, and it will be somewhat obvious compared to other ships. Speaking of completed texture detail, remember those pictures of the Longswords where I said I was only going to do those for now? I lied. I know what you're thinking, "But Zero, lying is wrong! It can get you in to trouble!" I'll take my chances. 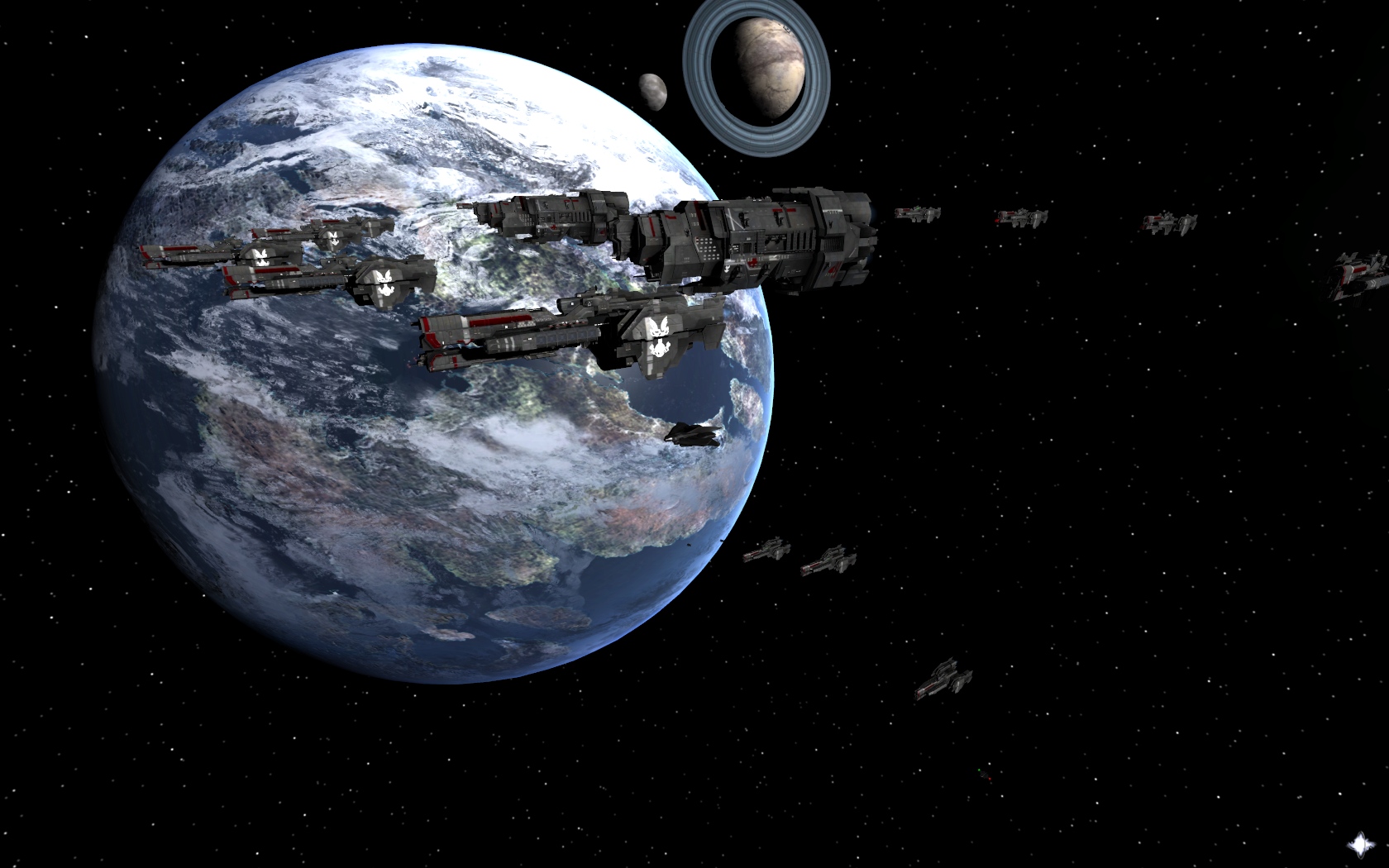 In case you missed it a while ago, we've also incorporated Star Trek: Continuum's explosion effects. They're really great and really cinematic. 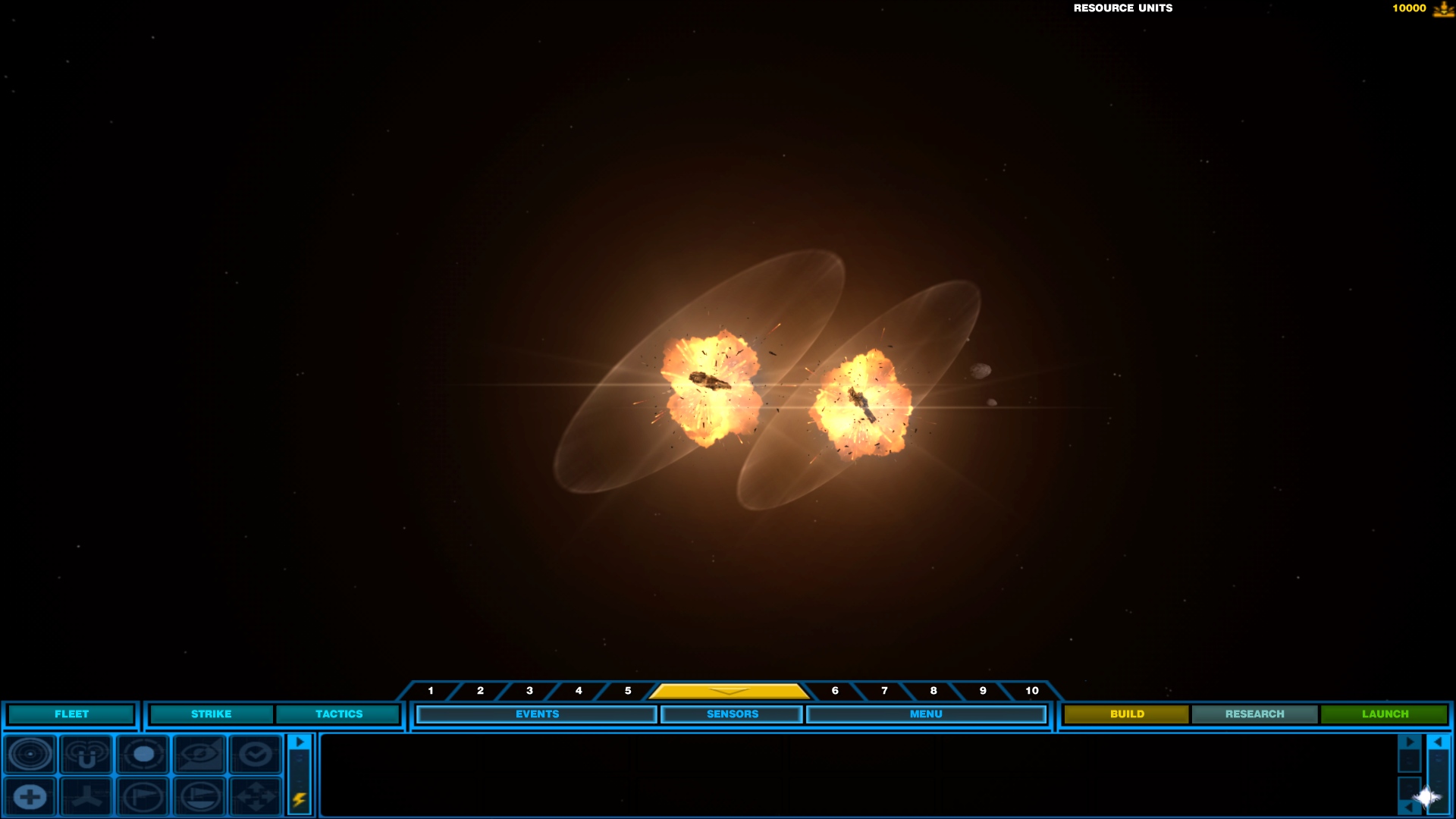 That's not the only part of this update that's new, either! Last week, we had shown off our new UI for the mod. That was pretty tricky to get right, as it's more than just a simple re-skin of the traskbar, but we're happy with the way it turned out. 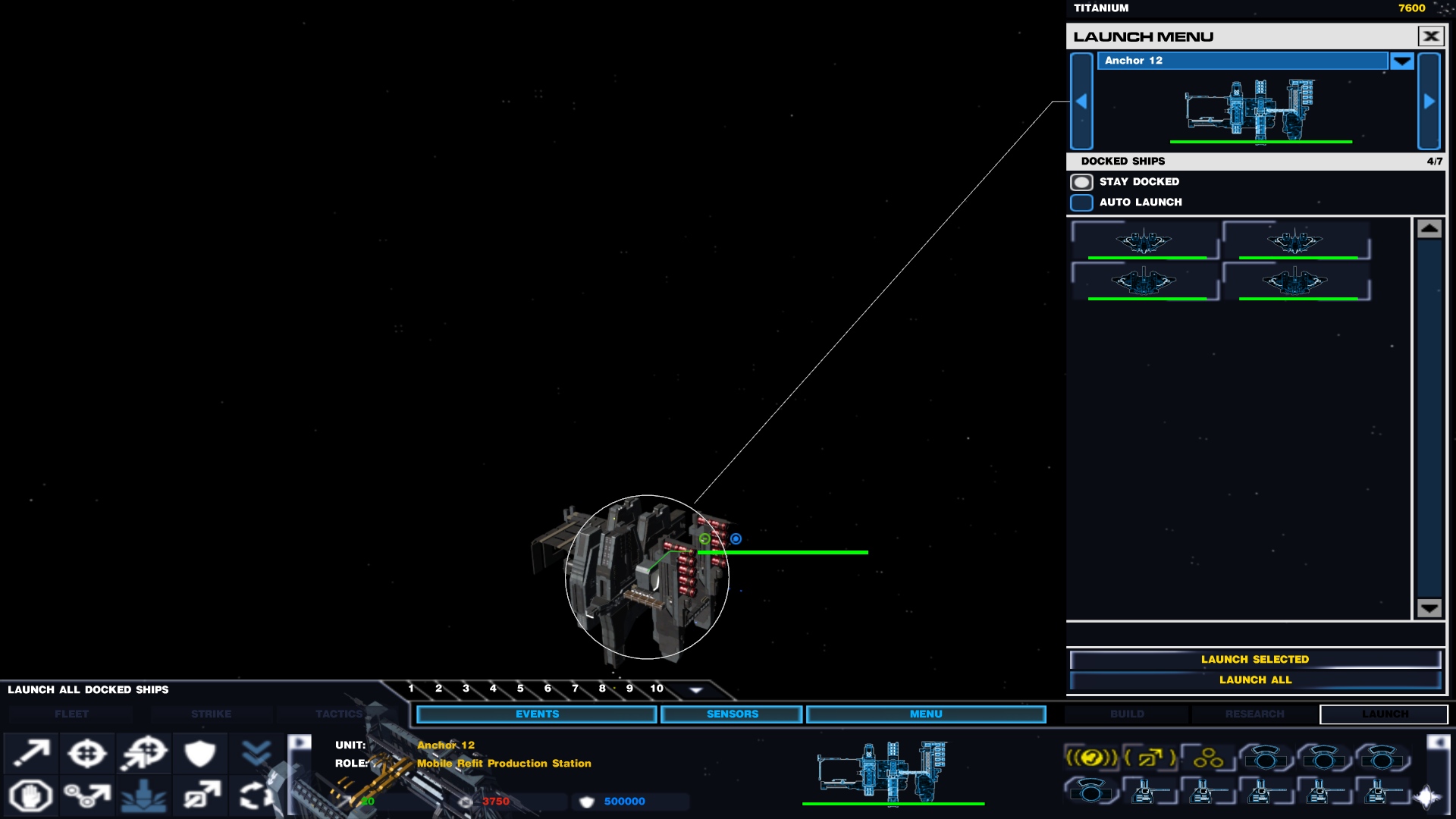 Don't worry, those old blue holographic icons have been replaced with white ones to fit the new UI theme better.

Now for some technical stuff. HW2 is an old engine after all, and just like old people, massive amounts of calculations and work tend to wear them both out. In the past, our weapons fired more realistically in terms of rate of fire and such. However, in an attempt to get the game to run a whole lot smoother, fire times have been drastically reduced to fit more with vanilla fire speeds. Not to worry though! Damage has been increased to compensate for lack of bullets. Larger guns will remain mostly the same, the smaller, more faster firing ones such as the frigate guns or the AA turrets have been reduced. Missiles also have their own missile mesh, so if you can catch one speeding down range towards its target, I would high suggest checking those out. You'll also be pleased to hear that all stock sounds have been replaced by the very talented Cas943. You can give him your thanks when you hear the boom of a Marathon's double MAC salvo, or the firing of the small frigate guns bearing down on an unlucky target.

Sadly, no Covenant this release, though we are testing them in private. So far we only have the one ship, and one ship doesn't make a very good fleet. If you ask about the Covenant, the force of a thousand suns will fall upon you. There is also no ODB as of yet, either. What's in the mod is what we have, and without a whole lot of content coming through the door, this is probably going to be it. If it is, not to worry as I plan on finishing up those ships listed above so everything looks the same in the mod: awesome.

Again, I hope you guys enjoy the new release. Have fun blowing stuff up, and have a great Halloween.

Good to see this updated!

It's kind of disappointing that you can't get the game to run the way y'all originally envisioned, but I imagine that it's also somewhat elating. Now you know how far you can push the engine.

As far as continued content goes, i've had a couple of people contact me about modelling and i've given them some tips. We'll see if they actually go through with it.

Good news and I also love the new reskin, seems like in Battles you'd like great armies, could that be the case that you reduced the fire rate of every thing because it would be too much to handle for the game?

Is it too much to handle or is it to not make people need a powerful computer to run the mod because of all the elements of fast firing of each ship would have?

It's more to do with computers, a lot of people who play the mod own older computers which cannot handle the stuff we'd like to implement, we've tried to please both people with good computers and bad ones by having stuff like the shader and no shader version. The game it's self is pretty fine and scales well though.

Multiple bullets firing on screen is just used up computing space. If you can simplify it and make it look like its still firing fast, there's no harm done if it does the same amount of damage.

I don't have this game. but this looks freaking awesome

O_O
nice, i must haves

sweet! love this mod but i have a suggestion. can you edit the strike group menu so that the frigates will form around the cruiser the hay you would expect it to?

They do naturally if you to Capital Phalanx, just like vanilla.

*a thousand odd suns land upon my head*

It's like the Spirit Bomb from DBZ; it will take 7 episodes to charge up, which you could easily evade if you weren't standing in the same spot for those 7 episodes dialoging. However, when it hits you, you will wish it never had because there will be nothing left. And then how will you play our mod?

Gratz on getting front page guys!

When i open this mod it make the screen res so large that i cant change it because the button to go to the options screen, is not on the screen. any ideas as to what to do? this only happens with this mod

Since no one is monitoring the site it would appear, can you please fix thee random crashing? i cant even play through a full battle i get about 20 mins in and then it just crashes and im back at my desk top...

But still is an awesome mod ships look great and everything is working real well so far.

You would need to post a HW2 log, preferably in a PM, so I can figure out what is causing the problem. I haven't heard anyone else complain about crashing so it might just be localized.

This mod is epic so far,ships function just as described in the books/games.The movement of the fighter/bomber class could be slightly more agile though.I'm curious why the Unsc doesn't have a carrier class like the atlas from halo the fall of reach?. shame about the Covenant, if this mod would of been created in the earlier years of homeworld, you guys would of gotten way more support.But thanks for putting in the work,definitely more interesting than the star trek/star wars mods.

The UNSC is lacking units because our modeller went on to bigger and better things.

Wow. Nearly a year. Can't believe I still come back and check this mod several times a week.