Hello, and welcome back to another Deep Impact update! For this update, we went for a recycling theme in honor of our latest WEA building: The Recycling Center.

“They who can give up essential liberty to obtain a little temporary safety
deserve neither liberty nor safety.” – Benjamin Franklin

With the end of the Zero Hour conflict Europe was left with 3 things: social and political collapse, a deep economic crisis and a crippled army. From the highest military or political mind to the common citizen, Europe wanted independence and security. This however meant refusing any Chinese aid and making a lot of changes in social and economic areas. By 2019 the European Union project failed, and countries with a primitive economy were literally kicked out of the whole united Europe idea. Europe needed a fast recovery and failed economies were only dragging it down. As a result, most countries from central and Eastern Europe were now once again on their own. Meanwhile, Western Europe was consumed by panic and mass hysteria, and there was a huge sense of insecurity in almost every citizen. The GLA ‘supporters’ witch hunt that followed helped reducing the fear, but also helped military leaders to establish as some of the most powerful voices. In the eyes of the communities, the army succeeded where the incompetent politicians and men of words failed. It was at this time that the basis for a future military rule started to be laid.

When the Solar Furnace project started, Europe was already changing, step by step. An obscure law here, a bit of propaganda there and the overall panic and paranoia, fueled these changes. By 2029 when the Solar Furnace crisis started, Europe already had the foundations laid to become a military hegemony. All it needed was a final spark. And that spark was the Impact event.

In the aftermath of the meteors impacts, the European Federation was formed. With a military doctrine and the interest of preserving its energetic and technological superiority, Europe’s freedoms were now replaced with a police oriented policy. But with the Creation of the WEA, came a whole new problem. Isolationism can produce a small economic boom on a very short term, but on a medium to long term in meant a huge lack of resources and as a direct effect a devastating new economic crisis. To solve this, Europe turned its eyes towards Japan, a country that had a history of being isolated with very limited natural resource. And the answer was creating new and highly advanced ways to recycle everything. Recycling became WEA’s main economic wheel, and within a decade since the Impact event, Europe became the central hub of world recycling. Like the alchemists of the old ages, Europeans managed to develop the ‘philosopher stone’ of recycling. Large recycling center were built all over the coastlines of Western Europe, where non-radioactive/non-biological wastes were recycled with the help of highly advanced nanotechnology into new and useful materials. This form of subatomic manipulation, offered WEA a stable and strong economy.

Hello, and welcome back to another Deep Impact update!
For this update, we went for a recycling theme in honor of our latest WEA building:
The Recycling Center 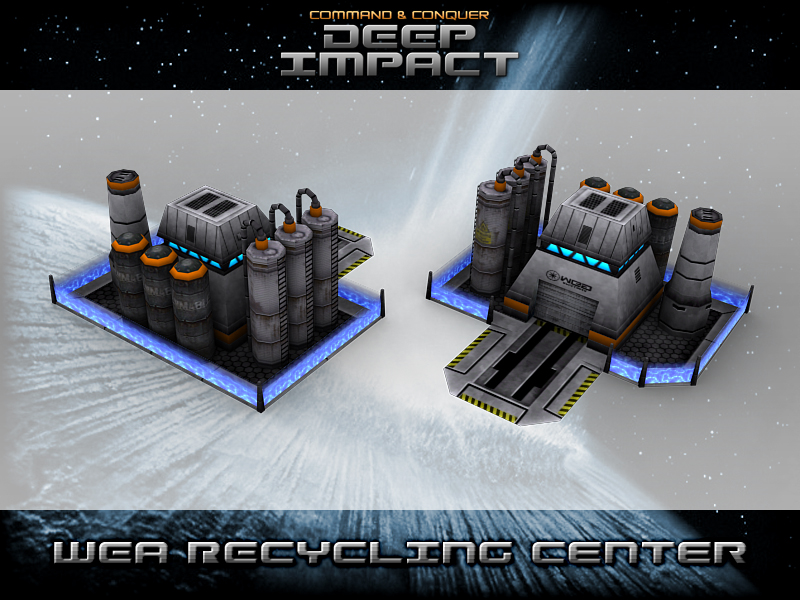 With the success of the large scale Recycling Centers, WEA military realized that this technology can also be used on the battlefield. Each military compound created wastes and since almost all military bases were within or near urban areas, further wastes were available. The next step was creating a small easy to deploy recycling center. Once again Cynopolies was contracted to provide its nanotech expertise. However the military interest was not just to recycle local wastes, but also to gain a tactical advantage. These centers were equipped with highly advanced equipments that allowed reverse engineering almost any tech. The result was the ability of these centers to use enemy tech and create upgrade kits for any WEA vehicle. This kits offered boosts that would increase armor, range or firepower, depending on the unit, and what each unit allowed to be improved.

In-game, recycling centers produces a constant amount of resources. They also come with the ability to create upgrade kits that offer one of 3 bonuses (armour, damage or range) depending on the vehicle. 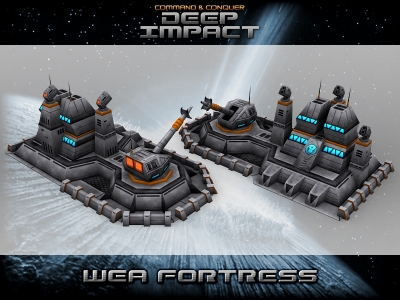 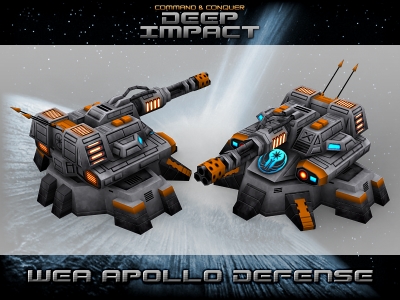 I got the idea of updating the structure textures as I was playing the dev the other day, I felt that the WEA textures didn't look natural, unlike the previous texturea for EC. I felt I at least had to make the textures a lot less cleaner than it already was. This idea was all mine, definitely not from other users who love this mod. Yep, totally my idea, not anyone else's.

If you have a suggestion for the mod, post it there instead of here at ModDB.
Nothing against ModDB, but posts here have a high chance of getting lost and ignored.
So if you want an answer, post in our forums!

Well that's it for this update, till next time, bye :P

you guys never disappoint me and the other fans as well...
thank you guys for being kind enough to share your projects with us...
good luck!!...