Be honest - you thought we were dead, didn't you? Well here's a little insight into how alive we really are...

Greetings loyal community of the Legacy of Silmarillion!

First of all we'd like to give you a huge thanks for all the support and interest you guys are showing, it really motivates Phaelen and the team to work over time in an effort to get a few factions in top shape for a public release! Secondly we owe you an apology for growing very silent very suddenly, but know that in our assumed absence we have not stopped working on the mod and we will never let it die.

Because of the community's positive feedback and persistent eagerness, we have decided to reward your patience with a little glimpse into a brand new game mechanic exclusive only to the Legacy of Silmarillion.
It's a little concept we like to call...

Many existing interactions of the game have been modified, removed or completely reworked to create a sense of more realistic and strategically demanding, yet highly enjoyable, battles.

Whereas in the vanilla version of Rise of the Witch-King there was a fixed cycle of certain units who had advantages over others, but who in turn were weak against their own counters - it usually went something like: archers strong vs swordsmen, swordsmen strong vs pikemen, pikemen strong vs cavalry etc. - the Legacy of Silmarillion aims to eliminate this limitation.

Units and their roles in an army are now classified not by title, but by the equipment they carry (as it would have been in a real skirmish).
Here are a few favourite examples:

Any unit holding a shield posesses a strong resistance against arrows, but only if the arrows hit their shields. When attacked from the rears or flank they have no bonus armour. 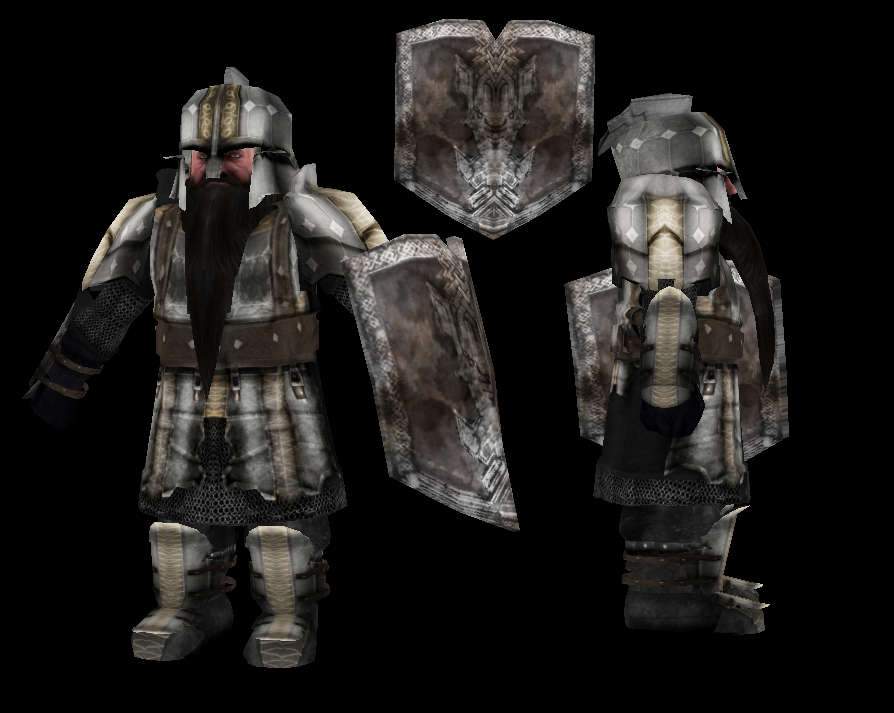 Units fighting with any type of sword deals high amounts of damage to all infantry units.
A two-handed weapon deals an area of effect damage, meta impact and increased damage to all buildings and monsters. 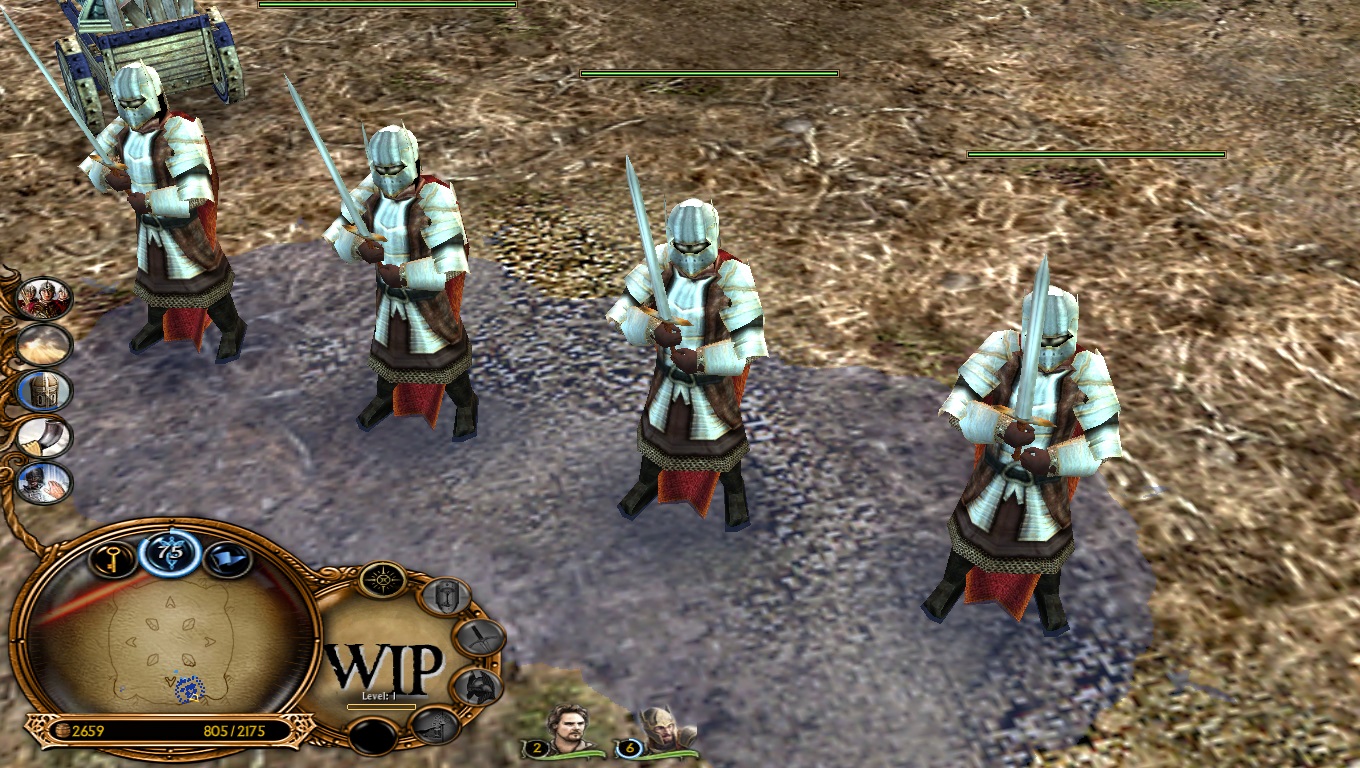 A unit fighting with a spear or pike deals very little damage to buildings but are exceptionally strong against charging cavalry or monsters, as well as having a high armour penetration in general. 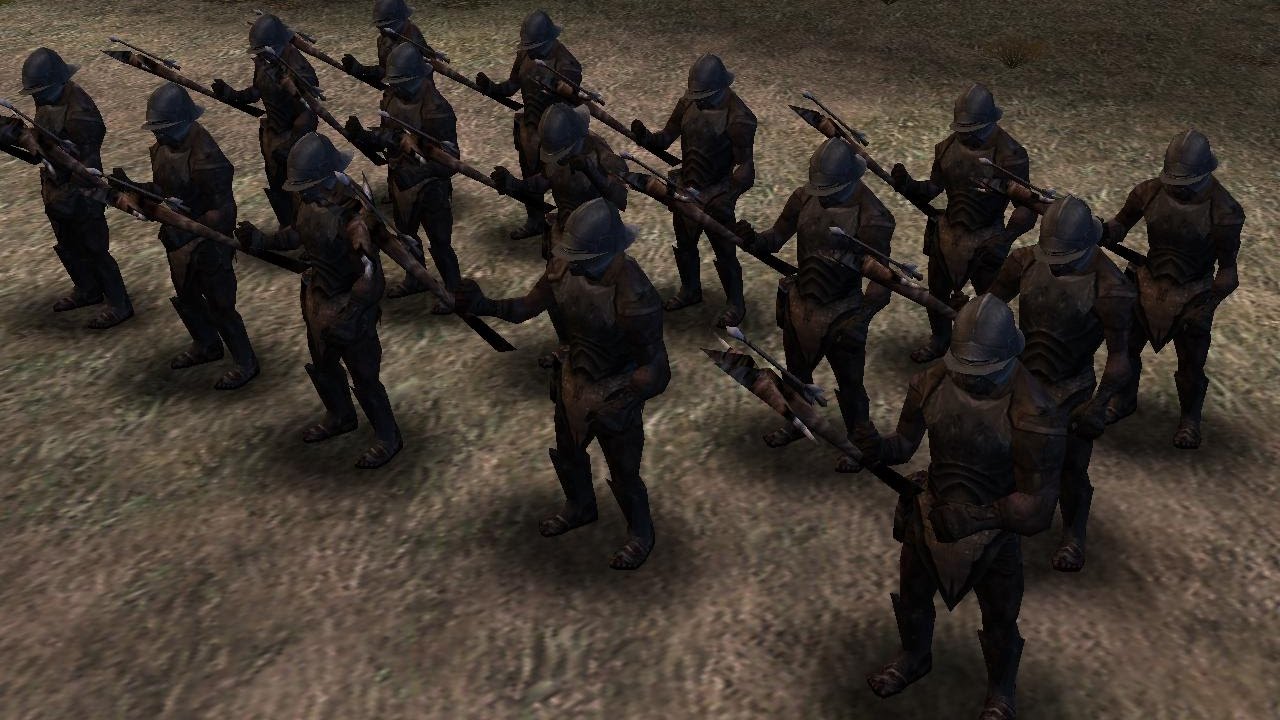 A multitude of these units also have the ability to toggle between various different weapons to make them more counter-resistant. And to put the cherry on top - most unit sizes have been increased, at least twice as large, so you can have enormous battles with your friends.
(Don't expect too much lag either. Because of some modifications Phaelen has made to the game engine, you can expect massive armies with no framerate drops).

In the vanilla version many factions were focused around a single type of unit, thus creating counter-factions. When you were playing as a Lothlorien against a Rohan, you knew you were pretty much screwed. However with the Legacy of Silmarillion's new weapon-based system the victory of a game is not dependant on what faction you play or the type of units you use but how you use them, thus it all comes down to pure tactical abilities.

In addition all buildings have received massive armour increases against all non-siege units (except against traditional raiding weapons such as axes or hammers) in an attempt to make it more tactically challenging to bring down your enemy than spamming simple units.

Each and every player-built structure is now also guarded by dynamic patrolling units who will fight off any spammers hoping to cripple your economy, ridding the game of early handicaps or even defeats and contributing to the feel of building a nation with its own population.

We hope you enjoyed this little preview of the Legacy of Silmarillion, and you can expect more of these to come as we move ever closer to a version which is fit for our community!

Very nice preview, this is going to be a great mod.

Awesome, looking forward to this. The units look bad ***.

Can't wait to see this mod come live. Great work team. I'm a very big fan of the Silmarillion, and this is just exciting to me. Hope you guys bring all the valars and maias into the game.