Exclusive Korean-made content released with Urban Operations and Take Down is included coherently and does not override nor contrast with the main Rainbow Six content. For the first time, all Korean text from Take Down has been translated to English and the Korean-made missions form their own campaign, separate from the main Rainbow Six experience. 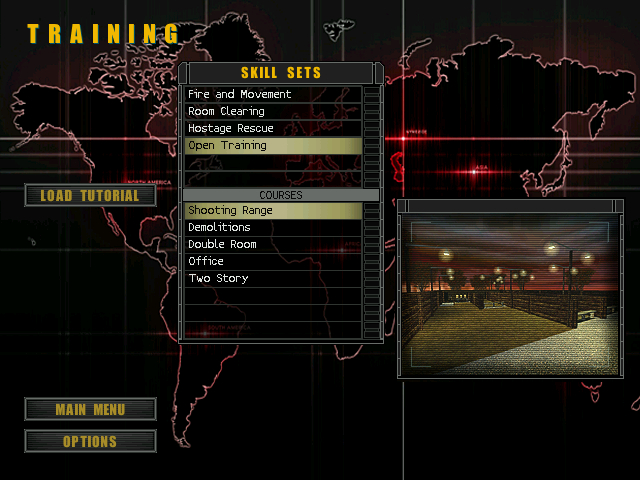 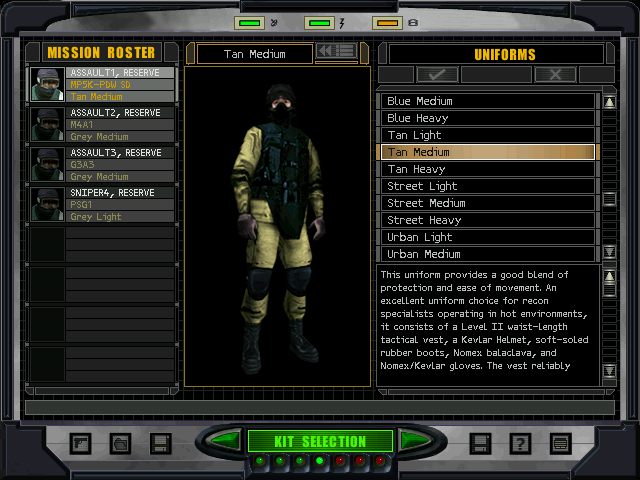 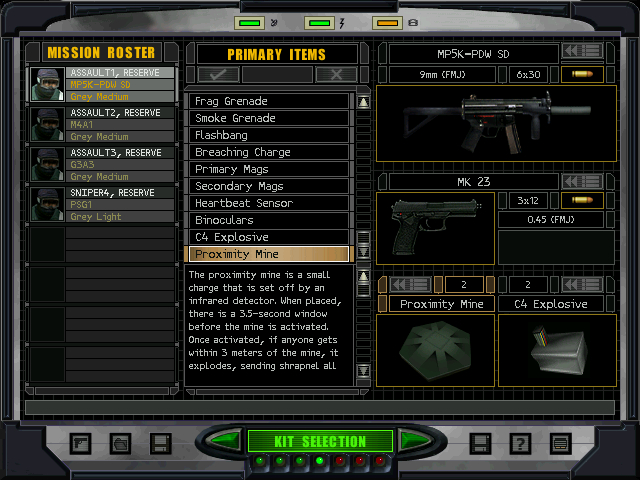 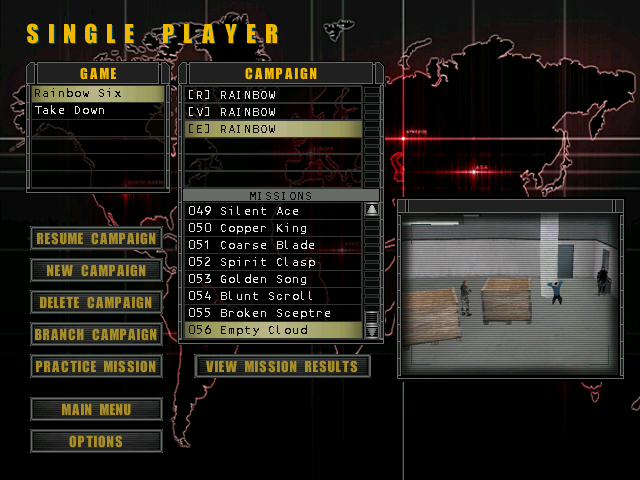 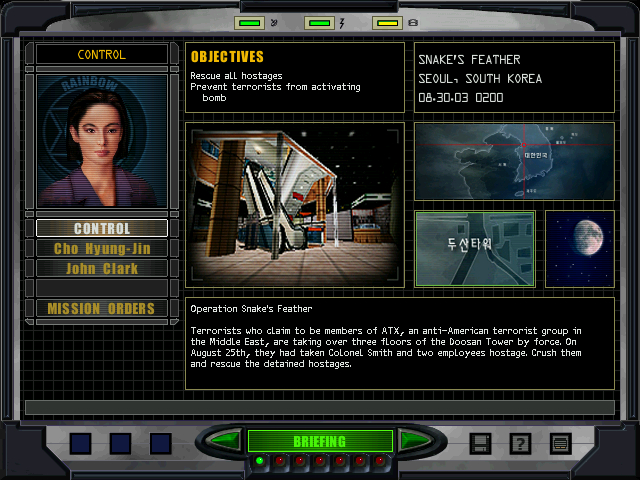 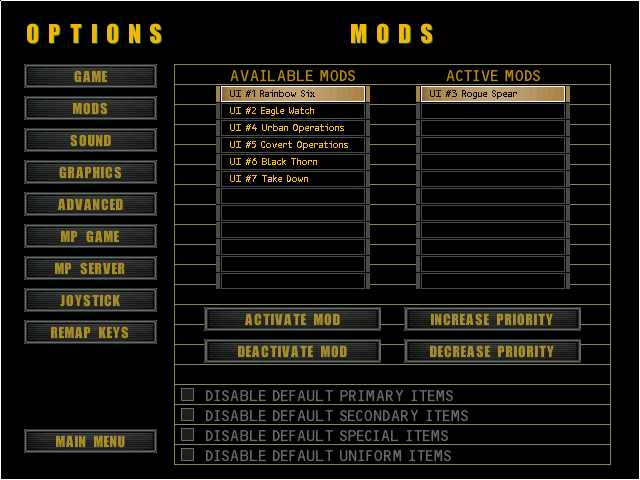 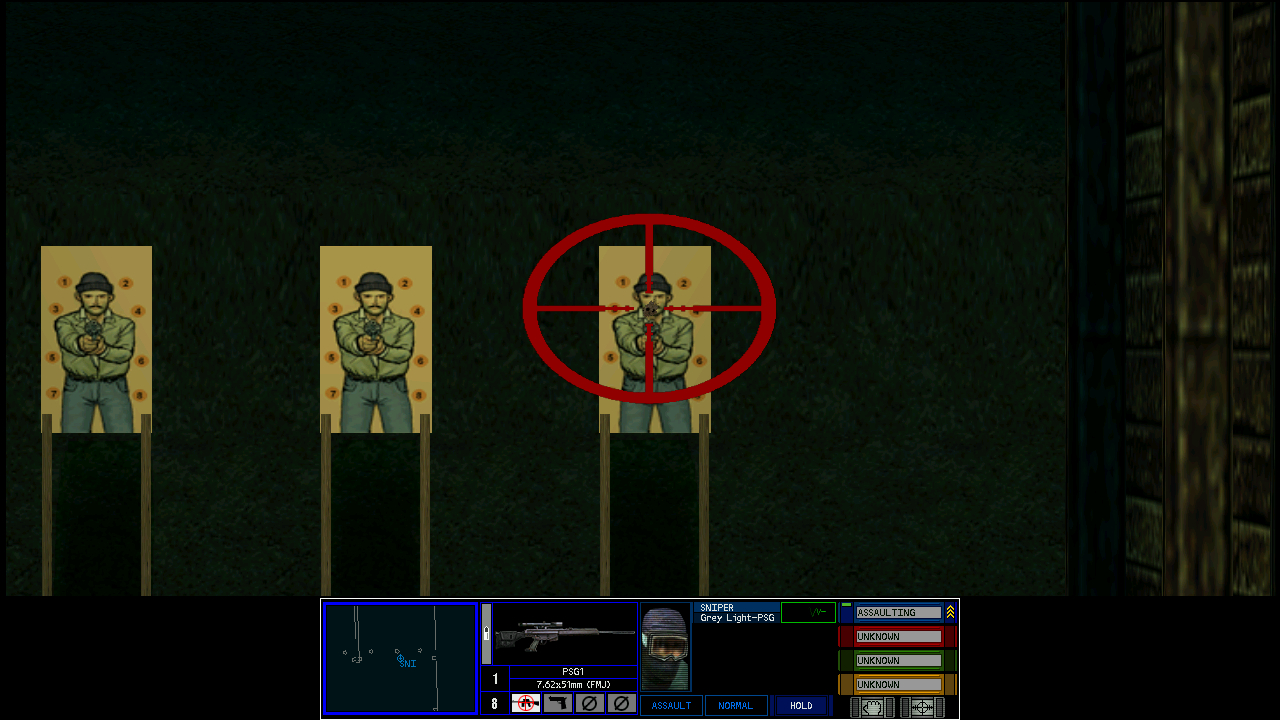 This is a nice surprise, I remember playing v1.0 back in the day, really glad its still alive.

Too bad they don't make R6 games anymore with the last one being Raven Shield. ;)

OMG, this is AWESOME!!!
What a great labor of love, thank you so much!

Very well done! Awesome! You should post it on ALLR6.com!

Black screen for about 1 second followed by CTD on startup.
I've had this same issue with even the original version from HcH.
I've never once been able to get this mod to work on my Win10 rig. Only my Win7 rig from a long time ago.

I've followed every possible instruction and tip I could scrounge from the internet involving fixing problems for this mod or normal rogue spear. It just DOESN'T work. No matter what methods or lengths I go to, I CANT boot the game without a crash.

If anyone has an idea Id love to hear it, because with how many times I've tried, I can't think of any other reason than it just doesn't wanna jive with my rig. Be it hardware or something software related.

Sorry to hear that, the game is indeed a pain to get running,
I am on a Win10 AMD system (ryzen2&vega)and this version works fine at launch (using the font fix in the config folder of the game)

With the Original version i couldn't get the game running either without downloading dgvoodoo (directx wrapper) its pretty easy to install just copy paste the files on the games directory and then try to play with the settings on the config.exe

The is also a .registry file named "safe settings" in the config folder install the x64 version

Report back if it works.

Make sure that you have installed DirectX 9 (on Windows 10 it's not installed by default): Microsoft.com
Also, make sure to update your video drivers. It may sound weird, but since the game uses a graphics wrapper, up-to-date video drivers may be needed.
You may try to use the WineD3D wrapper instead of the included DDrawCompat one which is preferable. If all else fails, I have no clue really.

I am glad to hear that it works for armitom. I never owned an ATI video card, so I had to hope that the included fix would work.

Installing DX9 is very good advice, its one of the first things I install alongside the complete VCRedist pack and enabling DirectPlay from the Legacy entry in W10 Optional Features.

Great job, hope you can continue the development of this amazing mod.

I just re-uploaded the package with an important hot-fix.
Apart from that, I'd like to take a pause from this, I've been working on it non-stop for a month or so (and it was started back in 2019). Future improvements can be made in due time. For now, this package is much better than the previous 2014 release of Black Ops.

I was able to get it to semi work thru doing what you said, and getting the DX9 stuff, but I also had to change the registry to force it to run in windowed mode, AND run it in reduced color mode 16bit.

ALL 3 must be done for it to even launch, and even then it will randomly crash on menu shifts usually after a mission completes, or before a mission starts. Probably something to do with the windows changing size and all that.

So I'm half way there lol. Any Ideas how to get it to run in fullscreen, or to run smoothly with windowed or a borderless fix?

Try some of these fixes

1. Use DGVoodoo2 wrapper
2. Use WineD3D wrapper
3. Disable gaming stuff from windows settings, all the garbage options like gamemode,gamebar,FSO these mess up a lot of old games.
4. install the registry fixes again, in Black Ops/Config/safe video settings.

How do i force it into windowed mode?

You might want to check DxWnd, it's not really easy to use, but it allows you to run such old games in windowed mode. Also, if you have a ATI card, you should install the included Font fix, otherwise the game will crash immediately.
I believe most issues are due to the fact that newer video cards do not support 640x480 as a resolution, making it more difficult to execute old games. My card still supports that resolution, so menu screen rendering is fine.

Thank you for this updated version, I played a couple missions, no problem, it runs nice! Did not have to patch anything, just launched the game after install, edited my controls & visual settings in options and boom.

With the previous 2014 version I could not launch the game on Windows 10 x64… now I can, convenient for me!

The 2014 version did not include a graphics wrapper by default. Black Ops 2.0 includes DDrawCompat, which seems to be rather stable and more complete than WineD3D. So, credits go exclusively to narzoul for the DDrawCompat wrapper. I fixed all mission files which caused the game to crash or had anything wrong with them.

One of my favorite ways to play in Rogue Spear: UO and the original BO was running around in Lone Wolf or terrorist hunt trying to take down the original maximum of 50 terrorists without dying. Is there a reason why it is now capped at 25? Is there a file I can edit to restore this?

It is capped at 25 for safe gameplay reasons. 50 is too much on some small maps, AI spawning is all over the place and it's less than ideal, not to mention stuttering and low FPS. For your own use, you can tweak the MaxTerrorists.txt file. Look for it.

Hey, I've been trying to play the game under Windows 7 (it doesn't start neither on my Windows XP virtual machine nor on Linux through Proton unfortunately :[ ).
It starts and everything, except it's strangely laggy, it runs on low FPS for no apparent reason in both the menu and during gameplay (it barely touches my process, so it's definitely not a hardware issue); I've tried every tricks on the FAQ and none of these seems to do anything.

Any idea on how I can get it to run properly?

Any chance for The Sum of All Fears game to be ported into the mod?

Of course not. SOAF runs on the Ghost Recon engine and there are mods already that port SOAF assets into Ghost Recon. There's no plausible way to convert such assets into the Rogue Spear engine, and it simply is not the aim of this mod.

Hi, everyone! Today I installed R6 Black Ops mod from the ISO from the official ModDB link, and the installation was fine. However, when I play the game, I get this INSANE amount of lag that it feels like the game is running on 2-3 FPS, it's like a slideshow.

Whenever I try to start a mission or training exercise, the game freezes and I have to open Task Manager and manually kill the process just to exit the game. Is there a way to fix this? I'm running Windows 7 (64 bit), and I already tried the "black_ops_set_safe_video_settings_x64.reg" registry file, but still the same problem 😦

I run the game as an administrator and have installed it in a separate SSD drive under the "Games" folder.

I also can't even record the game with OBS or any other software to show you what I'm going through.

Oh! I got it working! I had to use dgvoodoo2, copy all of the files in, and force 16 bit mode in the registry. Now FPS is easy 60. I hope this helps!