The best and worst parts about making a game yourself! 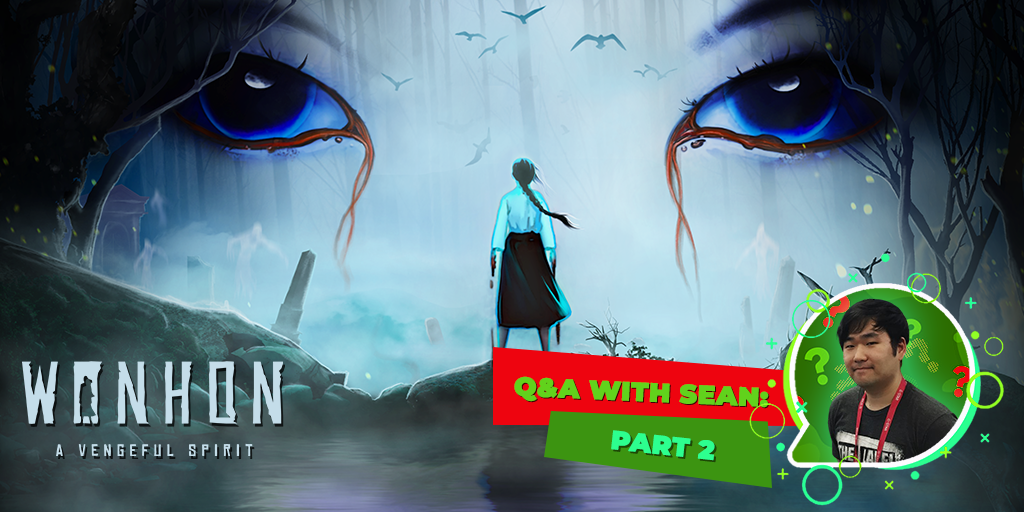 Welcome to the second part of our Q&A posts! In this post, you get to know more about Sean’s personal preferences, the games from E3 he’s waiting for, and the best and worst parts of being a solo dev.

The next 10 most interesting questions are next in line:

Q1: Are there hidden hints, easter eggs, or something like this in the game? How many are there?
There definitely are hidden secrets in the game. But since they’re secrets, I won’t get into the details too much here.

Q2: What's been your favourite part of development?
I really enjoyed graphics programming. Programming stuff for the GPU with compute shaders is really satisfying, especially when it results in some visually striking effects that turn out better than you expected.

Q3: Are there any DLCs already planned for the future?
Nothing planned for now, but I’ll be supporting the game with fixes and tweaks after the release.

Q4: Was there any desire to tell the story of the main girl char in more detail directly in the game?
I felt like the main character was an amalgamation of many lost spirits during that time period in Korea, so adding more detail to her story or identity would distract from what I wanted to say in the game. I like her depiction in the game as it is right now.

Q5: If you had to budget and resources to create the perfect game, how would you approach the development?
I think I would set aside 3 years for prototyping with a small team, maybe around 3 people (preferably all generalists). In 3 years we’d make dozens of prototypes to figure out what we want to do and the best things to put into the final game. And then at the end of the prototyping period, we’d throw out everything we had and put the hard drives in the microwave. Then we’d start fresh on a blank slate with the memory of what we wanted to make, and try to finish the final game in 4 years or so - 2 years for content and 2 years for polishing.

Q7: What industry trends would you most like to see change? How would you go about changing them?
I’m not sure about trends, but as long as people can continue to make unique games and have the games find their place to the players, I think it’s all good. All I can do is to try to make good games and put them in front of people.

Q9: Any plans on making a game for smartphones?
I have made smartphone games before, they’re fun. I don’t have plans to go back in the immediate future, but maybe one day.

Q10: What are the best and worst parts about making a game yourself?
The best thing is that you can very quickly turn your ideas into reality when you can handle every part of the pipeline. The worst thing is that there’s no one else to blame when things go wrong :)

We genuinely hope that you were interested in reading the post! See you in the next part, so stay tuned!
For more on Wonhon, follow the game on social media on the following channels.