So in my last update I asked for your questions regarding the Dear Esther Remake, and today I have been sifting through them and have answered some of the most common questions asked below:

So in my last update I asked for your questions regarding the Dear Esther Remake, and today I have been sifting through them and have answered some of the most common questions asked below:

Q: Can you make some tutorials to give us some insight into how you built your levels ?
A: Yes most certainly, just as soon as development on DE starts winding down, and I have a bit more free time, I plan on doing a number of tutorials detailing the various steps and techniques I followed to create the visuals for Dear Esther. Keep your eyes peeled for those in the coming months! In the meantime, I have a couple of posts on my blog which should give you an initial idea of how I have approached displacements in Source here and here

Q: Are you going to use the same narration/soundtrack as the original Dear Esther, or is it all going to be redone?
A: We're working on a complete overhaul of Dear Esther's soundtrack for the remake. Fans of the soundtrack will get treated to new versions of all the music (re-recorded with real instruments/orchestra) which we'll also look at packaging up in high quality versions for iTunes download. In addition to this, we're looking at breaking some of themes up into different variations to drop into the environment at different places and maybe even adding in some randomization here as well, so like the voice-overs, you get a slightly different take on events depending on your run-through. We'll also be looking at enhancing the environment audio and SFX to compliment the new build.

Q: Where can I find the soundtrack playing in the trailers?
A: You can find the original soundtrack right here on ModDB!

Q: Will you be supporting different languages with this release?
A: Yes that is certainly the plan, I have already implemented subtitles into the game, and now it's just a case of translating the text. Right now we have French, Italian and Spanish covered, but are still looking for volunteers to help us with other translations, if you wish to see DE subtitled into your language and think you can help, please let me know!

Q: Are you doing anything new in terms of the story, such as extending the story from the original or adding new voice work?
A: We're hoping to get Nigel, our original voice actor, back in to supplement the existing voice-overs with some new audio cues (which means Dan is working on new bits of script), and also re-master the existing voice-overs. The plan is to reward more exploration of the island and offer some real incentives for wandering off the linear path. There are a couple of voice-overs which didn't make it into the original that will hopefully be going back in which throw a different light on some of the events of the story (so think of it like a Director's Cut!) On top of that there will be an extra visual layer of detail added, with each play through revealing unique details in the environment which expand upon the storyline.

Q: What kind of system do I need to run it?
A: A very modest one! My aim is to allow everyone to have to same experience on as broad a range of hardware as possible. Right now my benchmark is to run it at 30fps on my aging Dual core laptop with a Nvidia 9600M GPU at 1900x1080 at maximum settings. Right now it's actually running at more like 40fps which is good, and on my Radeon 4800 I'm aiming to keep the fps above 100! Basically if you can run TF2 or Episode 2 you will have no problems running this!

Q: Release dates?!
A: difficult to put at date on it at the moment, but by the way things are going I'm estimating sometime early in 2011.

Finally, I'd like to thank everyone who's been voting for us in Moddb's Mod of The Year Awards, we're now in the top 100! Phase 2 is still ongoing so if you haven't voted yet, and think we're worthy,

Click here to vote for us for best upcoming MOTY!

Oh and as a thank you for your support, here are a few more early screenshots from the final level: 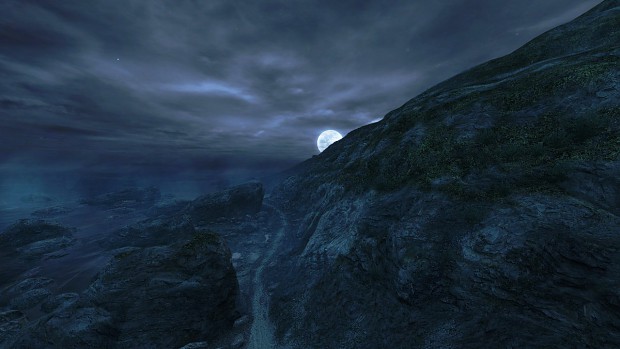 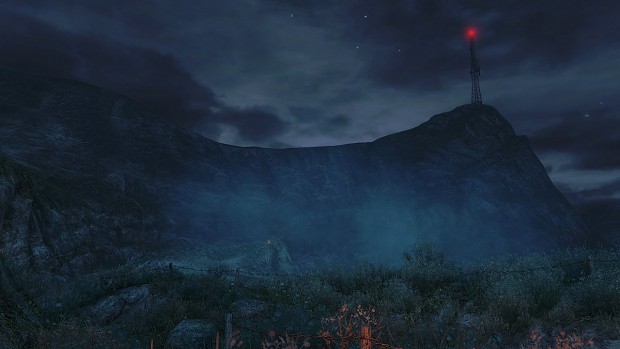 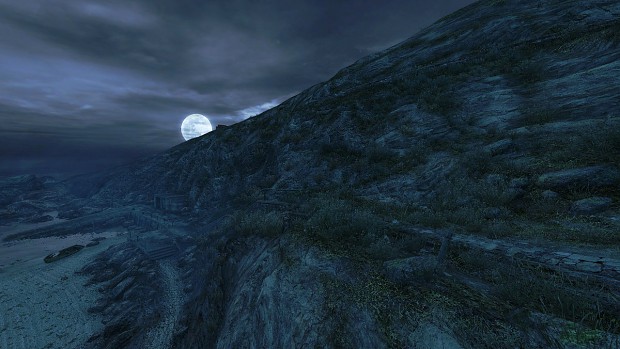 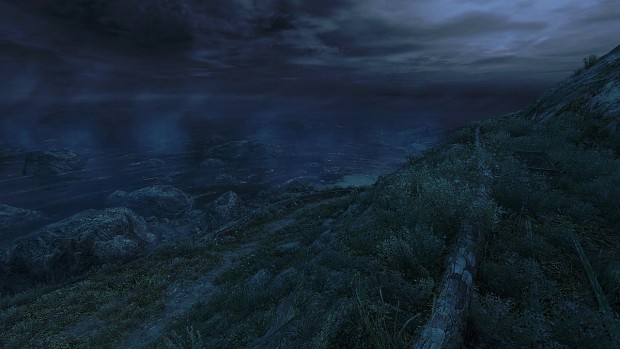 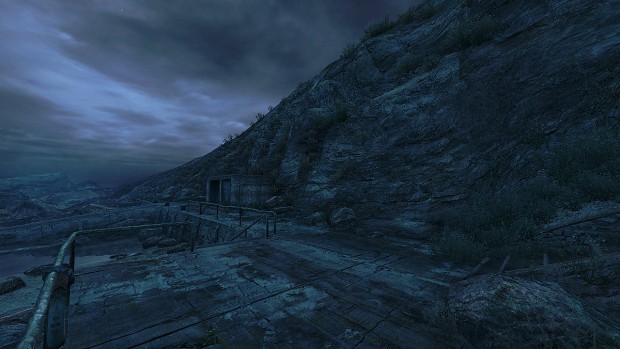 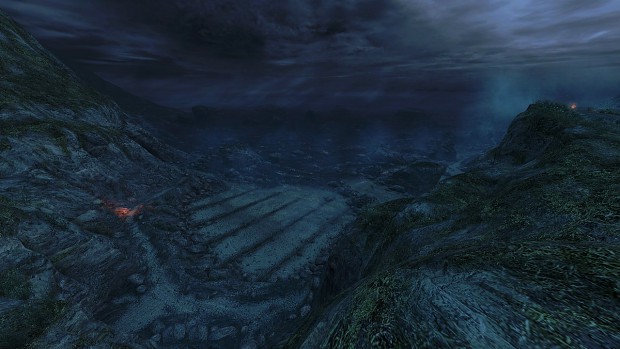 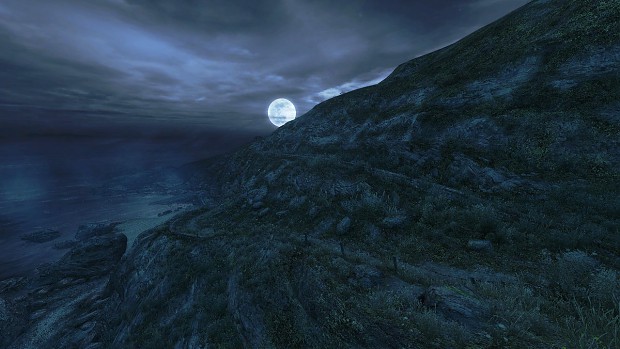 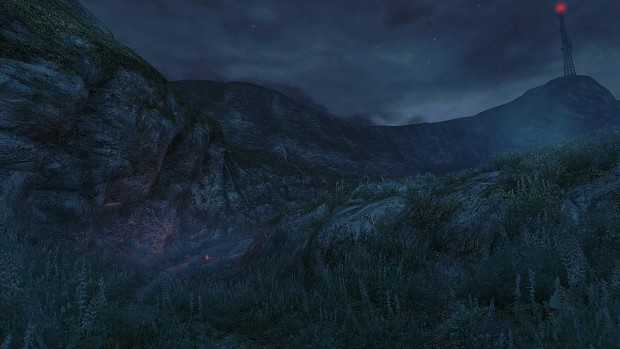 Oh god there's more pictures. I love the ones with the antenna behind. This is amazing... truly no words.

Still amazed by the sheer amount of detail in each of those images...

If Source has a limit, you're the closest anyone's ever been to reaching it, and to do that while keeping smooth frames on an old mid-range laptop GFX card is a feat in itself!

I hope you keep active here on moddb as I plan to buy any game you work on.

Honestly, the only game I've seen look better than this is STALKER Clear Sky with Faction Fronts or Artistpavel's Complete Mod retextures... Hell, even FakeFactory's Cinematic Mod doesn't look as good as this!

Fakefactory is ********, over-sized textures, non fitting characters, and many more things which makes it awful.

Yes, if you wanted to make maps look better you'd focus on replacing low poly or flat textured stuff with proper models instead of just bumping up the texture resolution to impotent levels of detail.

I wish i havent played it yet.

Cant wait to see it on my big screen )

GODDAMMIT
I thought you were gonna say "okay Q n A time kids, wadda wanna ask?"
So I didn't post anything :(

I just wanted to know how u guys r gonna deal with the overlapping VOs. Perhaps force the player to walk slower, in general? Or maybe slow the player down to a walk once they trigger the sound?

We'll be taking care of those. Mostly they were caused in the original by having to retro-fit VOs to a pre-built environment, which was kind of an inevitable problem caused by the way we built the whole thing. Not only has Rob been able to build to the original but avoid these problems, but he's implemented a slightly different way of calling the VOs which enables subtitles and should prevent double-fires at the same time. (Dan)

Yeah because I always hated in Dear Esther when I would be listening to the guy talk and walk into another trigger and here the guy talking about osmething else while the first triggers sound is still playing.

Update: We've also had an offer of Russian, Ukranian, German, so add them to the list. Btw - if you made us an offer and we haven't got back in a while, do nudge Dan via PM as he's putting together a translation pack to help out with some of the more obscure bits of script over the next couple of weeks. (dan)

I will curse you if you don't finish this project!

If that's what you consider an "aging" computer, then I guess I'm out of luck. :\

It was an aging computer in 2008, it's an ancient computer by todays standards. :P

What's your system, if you dont mind me asking?

THAT'S what I consider "aging". I can still run a handful of today's games, albeit on pretty low settings. But it's usually more than enough for Source Engine stuff.

I WAS in the process of buying some upgrades (just bought a new PSU, currently window-shopping a new processor and graphics card), but something personal has come up recently that's probably going to make that difficult. :\

Granted, I shouldn't complain. For as beautiful as these screenshots have been, I more or less expected I'd probably be left behind, and I shouldn't hold the mod back just because I'm lagging behind, right? (Like little old me would even matter!)

I still think you'll be able to run it ok, just without Anti-aliasing on and perhaps a lower AF setting. It isnt very demanding on texture memory or RAM, just dont expect it to run smoothly at 1080p with that :P

That processor will be a choke point for any of these cards, but for another 130 quid when you have it, you can get a good current mobo and a decent dual / quad core AMD. The Phenom x2 555 Black Edition would overclock like a beast, and currently retails at around 70 quid.

has valve picked you up yet?

I believe that Robert, the guy who is remastering Dear Esther, as I like to call it, "Dear Esther: Remastered Edition"(You should use that as the title page, also), works for a company already, his page said he worked for DICE, makers of the Battlefield Franchise, but not sure if it was in past tense or not.

Be awesome if they did pick him up though, Episode 3 could use a mapper as good as this.

Robert Briscoe + the guy who made Minerva (known to be on the Ep3 team now) = inevitable awesomeness.

Adam Foster made Minerva (Goes by Cargo Cult on his own forums, still active)

This is amazing, you should make episode 3

this is seriously as close as it gets to Crysis: Source

do you really believe in this?

Yes, I believe this. It looks much better than Crysis.

Have you ever played Crysis? >.>

It has nothing to do with the graphical advantages; It's about the creativity of the mapping .. Crysis is pretty, but boring and cliché, when it comes to the mapping.

Y-You should work for Valve...

can't wait to see these tutorials, you mentioned. not because i am able to to maps - i just want to see and understand how this is possible and why are so many can't achieve that level of detail with source. :)

one question: is it still "pure source" ? i bet you edited the code / engine so much (to have all that eye candy going on) that it's not "just source" anymore. right? wrong? ;D

It's just maps...no engine changes. This has all been possible, but no one has been using it, basically.

I know there's a few fixes to the material system (there was a thread about it in Interlopers when he was looking for a coder) to - for example - let detail textures be used with seamless scale, but that's about it.

Holy awesome ****! Your mapping skill is outstanding. I've never seen anything like that in a Source based game or mod.

My heart can't take it. Too much awesomeness :(

already voted for you, good luck!

If you still need a german translator pm me.

got my vote for MOTY

Please be sure to include English (ie the original script) among the subtitle languages, a lot of us just need a bit of dialogue clarified from time to time.

Thanks for the reminder - absolutely will do

This might be a spoiler for those who haven't played the game yet, but...

Are you going to remove the messages on the cliff in the final level? Because I didn't see them in the screenshots...

Yeah the symbols and stuff will be there, I just want to add them when all of the geometry is polished up -Rob