In which publishers are researched; and more work is done on the previously-shown mist-effect, and on its purpose within the game.

This week's screenshot shows some objects newly-located beneath level six: 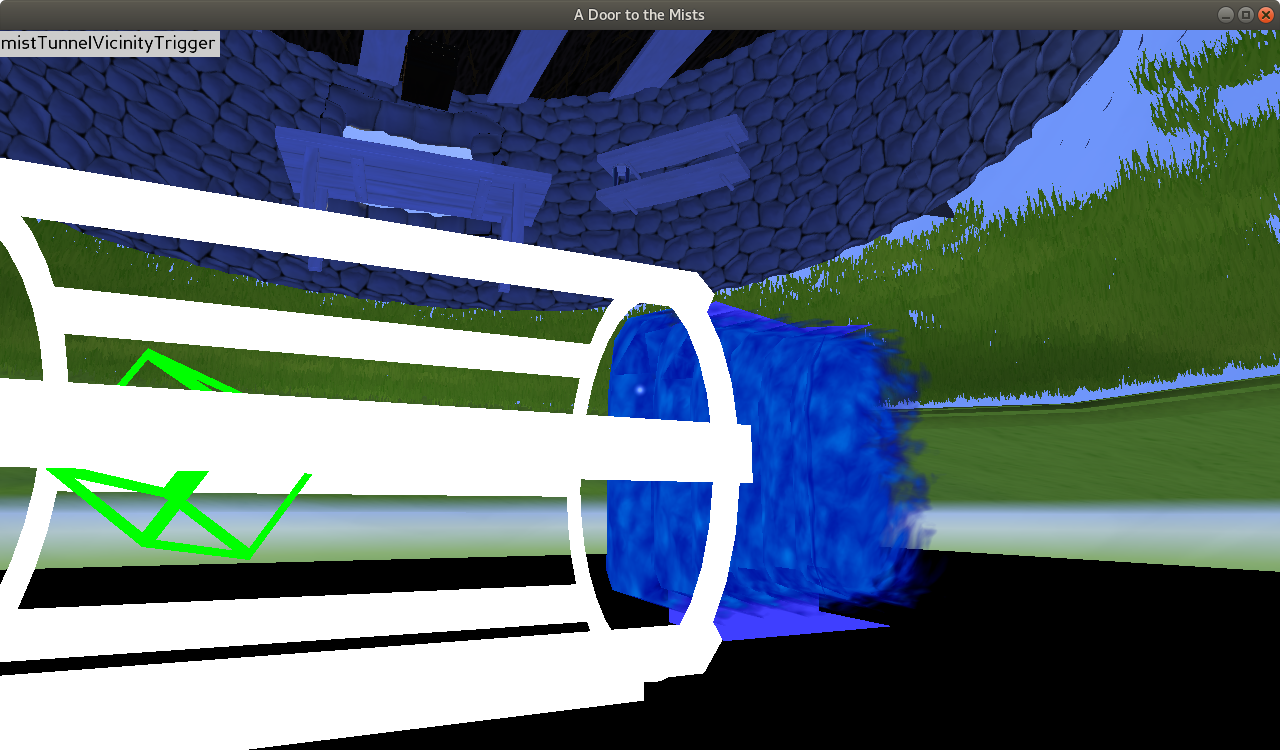 (Moments before a crash, in all fairness: one of the objects in question isn't meant to be so displayed in this state, and forcing it to be so results in a crash. However, doing this at least serves to show it in a screenshot!)

The week just past was another slow one, with work being done primarily on two things: The mist-effect shown last week, along with the level-elements of which it forms a part; and yet more publisher research.

If you've been reading this blog for a while, you may be thinking something along the lines of: "More publisher research? Wasn't this previously completed?"

And indeed, I had previously enacted a wave of publisher research.

However, prompted by recently learning that simultaneous pitch-submissions are not only accepted but encouraged, I examined a resource to which I had been linked--one that included a list of publishers. And this list was rather more extensive than what I'd found before: I believe that there were more than a hundred entries in it, and that's after filtering out entries for publishers not marked as handling PC titles!

So, in the week just past I went through this list. (Skipping over most of those that I had already visited, I believe.)

This was not a deep vetting: for each publisher, I simply visited their website, checked their catalogue of games to determine whether A Door to the Mists might fit within it, and looked over what they had to say about themselves. Based on that information, I then sorted each into one of three tiers, which might be broadly titled as: "seems like a decent fit", "might perhaps, maybe work", and "seems like a bad fit".

Even so lightly vetting, this process took some time! But I'm glad to say that it's a process that's now done, I believe--at least with this set of data.

And with that done, and with some minor changes to my pitch-deck and pitch-email template, I think that I'm about ready to start a new wave of pitch-submissions!

As to work on the game itself, most of that went into the previously-shown mist-effect, and into the purpose that I have for it in level six.

Again, I don't want to give too many spoilers at this point, so please forgive me if I try to be at least a little circumspect.

As you can see above, the mist-effect is located beneath the level, along with a few other objects. Of course, it's not accessible there--and indeed, there's logic in place to move it to various spots around the level on certain cues. (This logic is still a work-in-progress, in all fairness.)

Furthermore, a few changes have been made in the geometry of the level itself. Some of these are done, and some are still in progress--indeed, one is proving somewhat tricky!

The mist-effect itself has been significantly improved since last week, I believe; indeed, I believe that I have it done, or near to! ^_^

And finally, on another note, I also fixed a minor bug that I found in a certain piece of error reporting.

Let me once again close out then with a gif, showing the updated mist-effect, seen again in a test-level: