Along with this week's patch we'd like to give some credit to one of the more unsung heroes of the development team, Bill Smith. He joined the team last July, at a time when we were in desperate need of more environment art content, and has since produced an impressive array of props for the game.

Along with this week's patch we'd like to give some credit to one of the more unsung heroes of the development team, Bill Smith. He joined the team last July, at a time when we were in desperate need of more environment art content, and has since produced an impressive array of props for the game. The quality bar was already set high by the existing environment art before he came on board, but Bill was able to take on the challenge and match the look and quality of the existing assets. His work, ranging from large detailed modular wall sets, to simpler but equally important props such as pipe sets and chairs and barrels, can be seen in virtually all of the screenshots of the community made maps.

As a result of having Bill on the team we were able to move towards a more prop heavy style of map creation, which allows for a more detailed and unified look, and helps us compete with all of the next generation games out there. Bill's work has been instrumental in fleshing out the world of NS2 and bringing the environments to life, and our mappers are always eager to try out his latest assets in their levels.

Below are just a select few examples of his recent additions to the game (as well as the Spark SDK). 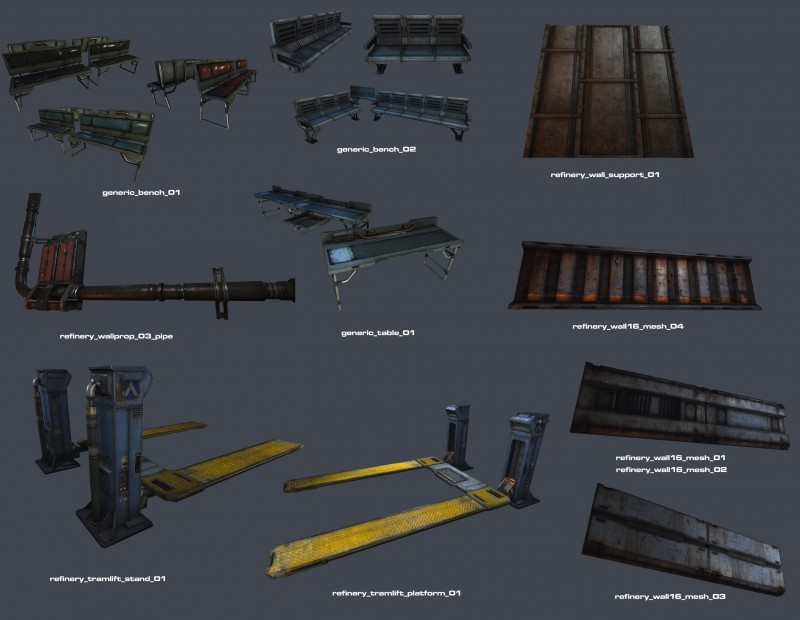 If you're wondering why we "skipped" Build 134 -- we didn't. We released that shortly after Build 133 last Friday to address a bug that crept in at the last minute. There was only one small change so we didn't post about it.

There aren't too many code updates in this patch because we've been working hard on the game, but there are two particularly significant changes. The first is the ability to select multiple entities of the same type and edit their properties simultaneously. The other is a fix to a crash bug that would occur sometimes when switching to the select tool. This one took a while to figure out, despite several people reporting steps on how to reproduce it. We were missing the critical piece of information that it would only occur if the tool windows were undocked from the main window.

Here's the complete list of changes in this patch:

Note that in order to run the tools in the SDK you will need your game key.

Cant wait to see the alpha of the game come out, keep it up

I think the spark engine doubles as a great fps horror genre too, because it has a lot of potential with lighting and whatnot.

Yes, the engine is being built specifically for modding and easy editing. Potentially, many types of games could be made with it.