In this article I describe the character design pipeline in Project Xaron.

Introduction
Hello! My name is Daniel Everland, and I'm the developer of Project Xaron, a hardcore roguelike platformer, set in a sci-fi setting. In this article I'll be describing how I develop the heroes for my game, which are the characters players control.

For those of you who are new to me as a developer, I would like to point out, that I'm in no way good at drawing. I'm a programmer by trade, so don't expect this to be anything like a tutorial. I did, however, work really hard on drawing this character, and I hope that shows :)

The character I'll be designing for you today is hasn't been properly named yet, but for the sake of this article we'll call him Tank.

Foreword
Just a quick mention before we begin, I have a very open development philosophy, so everything I'm referring to is publically available, be it design documents in my Google Drive, or game files on my BitBucket.

Initial Draft
So, the very first thing I did in relation to Tank, was writing down a general outline of the types of heroes I wanted in Project Xaron. The reason why this is important to do early in the process, is because you want them to be playable individually, while still adding something unique when combined. This is very difficult to do retroactively, and you'll likely end up having to re-do a ton of work.

The good thing about this is, that you actually don't need to write a whole lot of text to get a general idea, of what each character should do individually and in a group. Here's what I wrote for Tank.

Tank - Should deal damage by taking damage. If in need of inspiration, have a look at the Crusader thorns build in D3

This is really all you want for an outline, since it tells us all the important bits. We know he's a tank, which is universally known as being takes a lot of damage, but isn't good at dealing it. Next thing we're told is his hook - what makes him unique. Tank deals damage by taking damage. The reason why I decided to have him function like this, is because it encourages him to constantly run towards the enemy.

Thing is, if you're not familiar with Project Xaron, it's a very very difficult game. Think Dark Souls hard. So if you're a tank and I don't do something to force you to hug enemies, you're going to run towards them, get aggro, and then kite them while your buddies kill the enemy. This isn't enjoyable at all, it's much more fun to run headstrong towards what would otherwise be certain death. Makes you feel like a badass, which I think is important when playing a tanky hero.
Document Link

Expanded Document
Next thing I do is create a new document and start expanding upon my initial definition. This partly includes the things I mentioned in the above two paragraphs, but also goes into detail into some more specific technical definition. For instance, what kinds of abilities does he have? Is there anything interesting in terms of his looks? In the case of Tank, there more certainly is!

See, Tank isn't a biological creature, unlike every other hero. This gives him the unique ability to be completely undamaged by effects like gas clouds, oxygen deprivation and pretty much anything else that might kill living creatures. This is also outlined in the expanded document.
Document Link

Drawing Pipeline
This part has the unique ability to simultaneously make me want to smash my head through my monitor, while still being incredibly rewarding. This is because, as I mentioned, I'm artistically challenged. I'm making it sound worse than it is, in reality I'm probably trying to lower your expectation a bit.

Before I go into too much detail I want to point out that I'm going to have someone creative re-do all of the art in the game. Hopefully I'll have the capital to do this before Early Access, although I might have to await until revenue starts coming in. It will be the first thing I spend any profit on though, that's for sure!

Anywho, on to the specific stages! I decided to simply save different revisions of Tank and describe what's going on each step of the way. 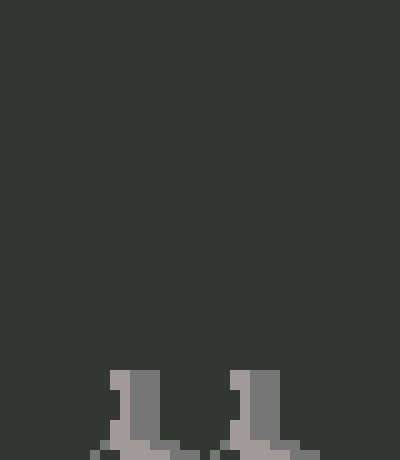 So the first thing I do is get the angle of my character setup correctly. I know some people prefer starting out with a silhouette, but this helps me visualize him in three dimensions. I also setup the scale using Ellie, who I've chosen to remove for the purposes of this article (Sorry Ellie!) 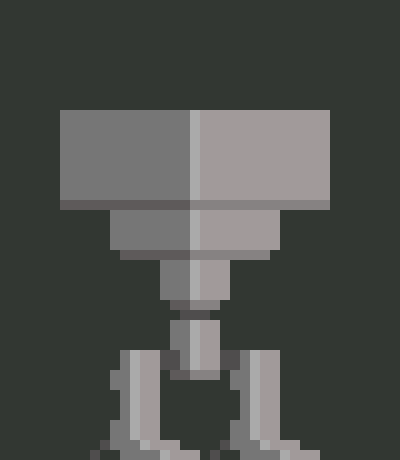 At this point I'm getting the upper part of his body setup. I do this simply by Googling all types of different shit, and suck up inspiration like a sponge. 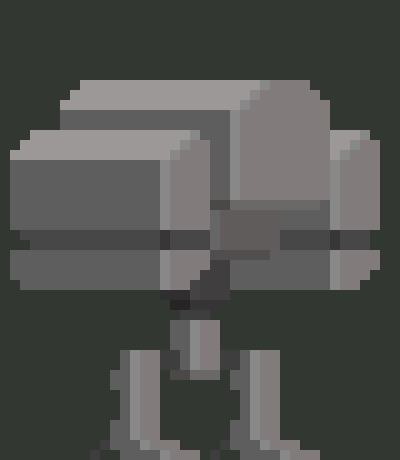 At this point I actually realised that my beloved Tank, who's supposed to be a bad motherfucker even Samuel L Jackson wouldn't mess with, had an uncanny resemble to a mailbox. The reason why I didn't simply delete the above pictures, and pretend like I got it right from the start, is that I wanted to show how drastically ideas might shift, and how it's important to support that. Don't get too attached to your ideas, especially not early in the process. 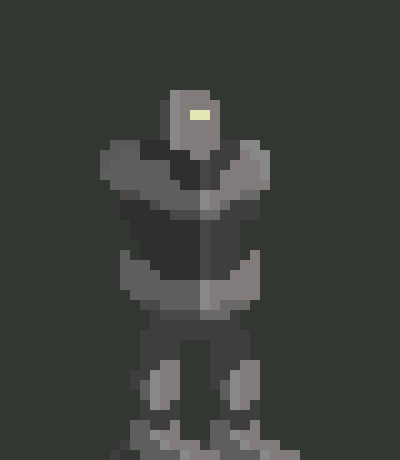 Here's the next draft I made. At this point I already think he looks much better, even though he's looking more like the initial Iron Man Tony Stark made in the cave in Afghanistan, and not in a good way. He's waaay too broad, which frankly just makes him look kind of fat. 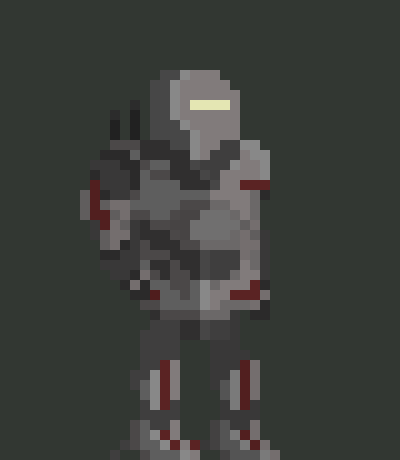 Here we go! Now he's looking a lot more like someone that could fuck up Samual L Jackson. Something that made a big difference was increasing the size of his head, which is funny since people usually end up drawing heads too big initially. I guess I'm a special kind of fuckup :]

Final Words
So that's it! I hope you found my article insightful, which you probably did since you're still reading. If you made it this far I encourage you to follow me on Twitter, and subscribe to my email list. If you have any questions feel free to contact me in any way you want, I'm usually pretty responsive :)