Welcome to our third DevBlog! This week involved presenting our game to the Industry panel, receiving a lot of valuable feedback, changing the design of the game to accommodate the feedback, new artists, the departure of our previous artists and celebratory drinks after being approved!

Sit tight and thank you for reading.

Thank you Gurkaran and Angus for your work on the project and best of luck with your next group.

This week was filled with last minute implementations and ensuring we had a bug free build that showed off as much as we possibly could for the industry panel. The start of the week saw me working on a brand new token object, The Hunting Tower, its main purpose being to influence player movement and create higher risk, higher reward areas. Not managing your action points correctly in these areas would see the player's downfall.

The main time sink for me was how the tower should be responsible for locating when a player is nearby, I went through multiple iterations and different theories all with their own perks and flaws. Because certain tiles can block a tower’s field of vision I decided anything distance related was out of the question and instead worked on implementing a solution that would remain consistent and efficient during play. What I came up with was more intensive during loading the game but kept the actual play of the game at the same frame rate as if the tower’s did not exist in the first place, it also allowed me to draw glowing red hex’s over the “dangerous” areas. 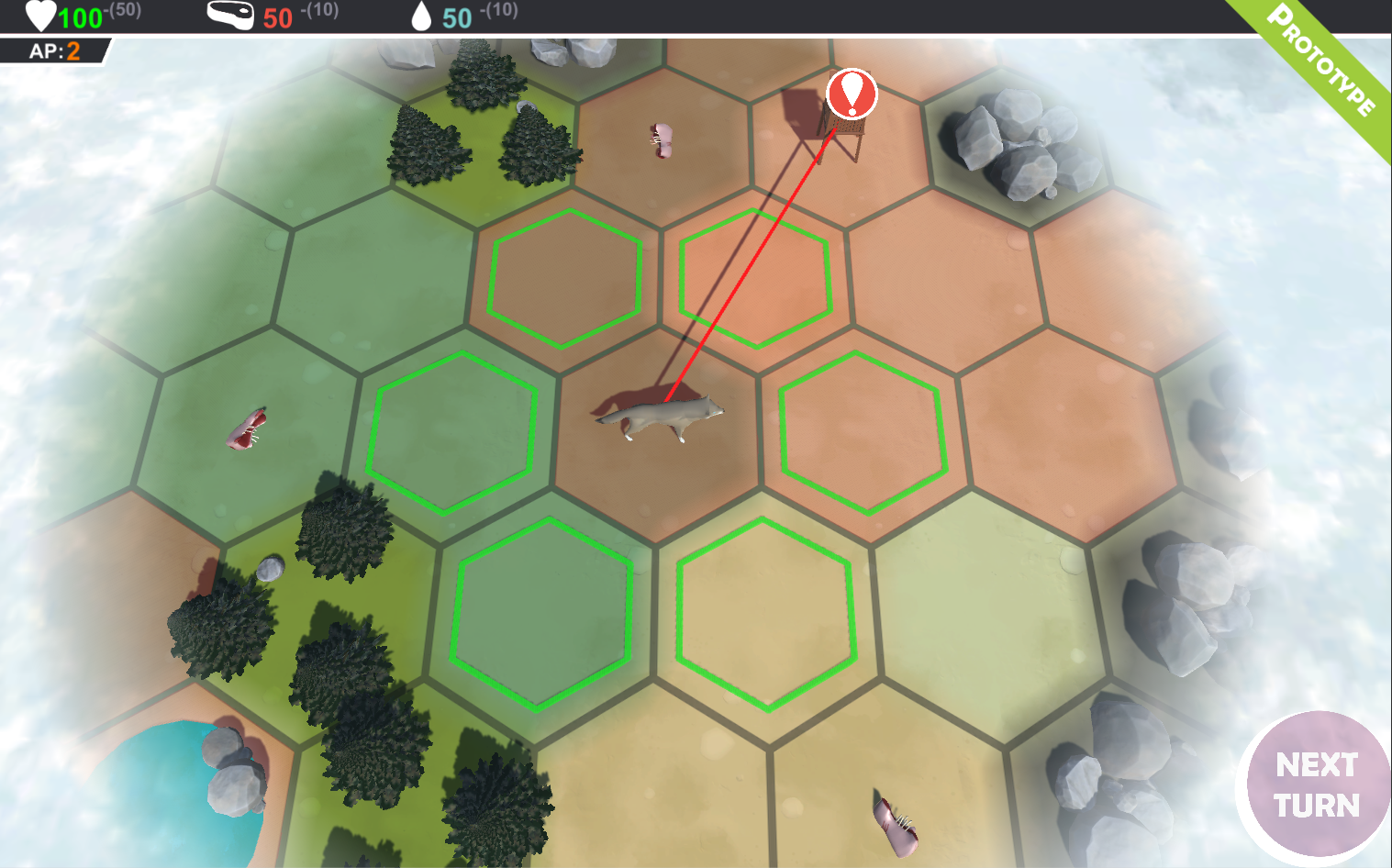 The laser part of the tower is a little less efficient as I couldn't just draw the end of the laser to the player when it was on a tile because it wasn't registered as on the tile until the player finished their movement, which felt aesthetically worse. Instead when the player gets within a 2.5 tile radius of the tower origin(so only when the player is actually moving into the zone) each tile will determine if it's close enough to the player that the laser should be drawn. This might sound a little confusing but this allows for the tower’s field of view to work as expected and not just aim at the player when they were close.

Either way I look forward to optimizing both the tower and its laser later on in the project as well as moving the glowing zone into a shader.

Industry panel week meant a very busy time for the whole team. We would have to be presenting our prototype in front of a panel of industry professionals for critique and would be hearing if our project would be going ahead into production or to be shut down.

To prepare for this presentation I worked on finishing off and printing off our sell sheets, a small visually appealing piece which would help to summaries our game before the presentation and could be handed out to each person attending our presentation. This meant I had a bit of art to work on and to design how the text would be set out to make sure the game looked as visually appealing as possible. 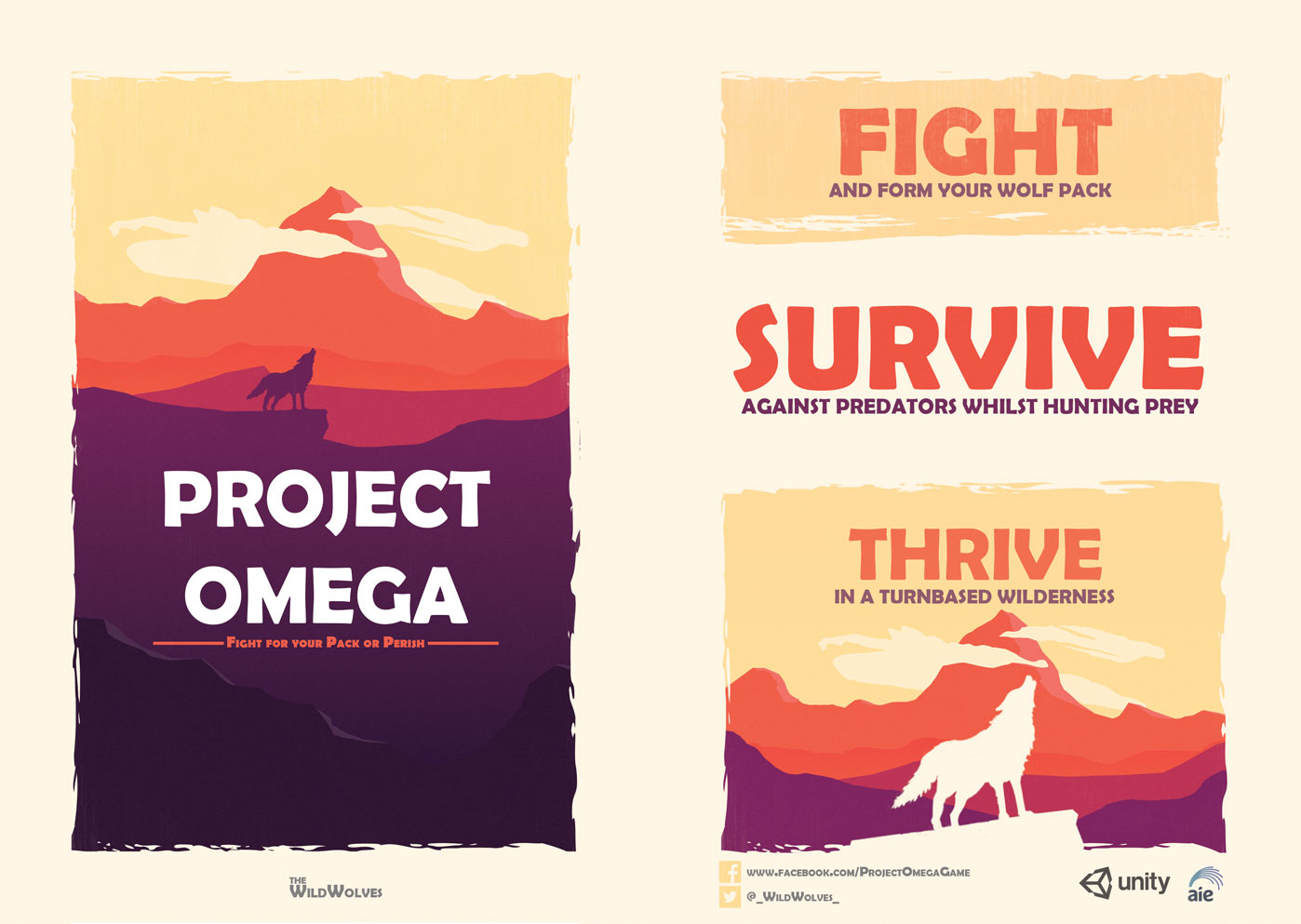 I also was required to work on fixing bugs, implementing polish to the game build and touching up the UI with some visuals and tweaking our fog of war and game board shaders and touched up our PowerPoint presentation.

When life gives you lemons, walk to the nearest orange tree and replace the lemons. A few hard knocks from outside scrutiny sent the design framework careening off into the nearest river, but it emerged... new. We, after deliberation, are attempting to bolt a new buzzword into the mix: Puzzle. Now, don't be alarmed, we're not trying to change EVERYTHING, after all strategy games are just a giant puzzle anyway. We design orcs take our work very seriously, and that means not throwing the baby out with the bath water. We think we can integrate the systems already present to create a fresh-er experience. Maybe a long shot, maybe not... but the initial tests and hypotheses look promising.

Signed off on all the prototype phase trello cards and began organizing the alpha stage trello board, overall getting pumped as the project begins its first major phase of production.

The Wild Wolves Developer with 4 members