The votes have been counted, and today Anton Rayne has been elected the fourth President of Sordland. His four year term in office will commence on December 4. 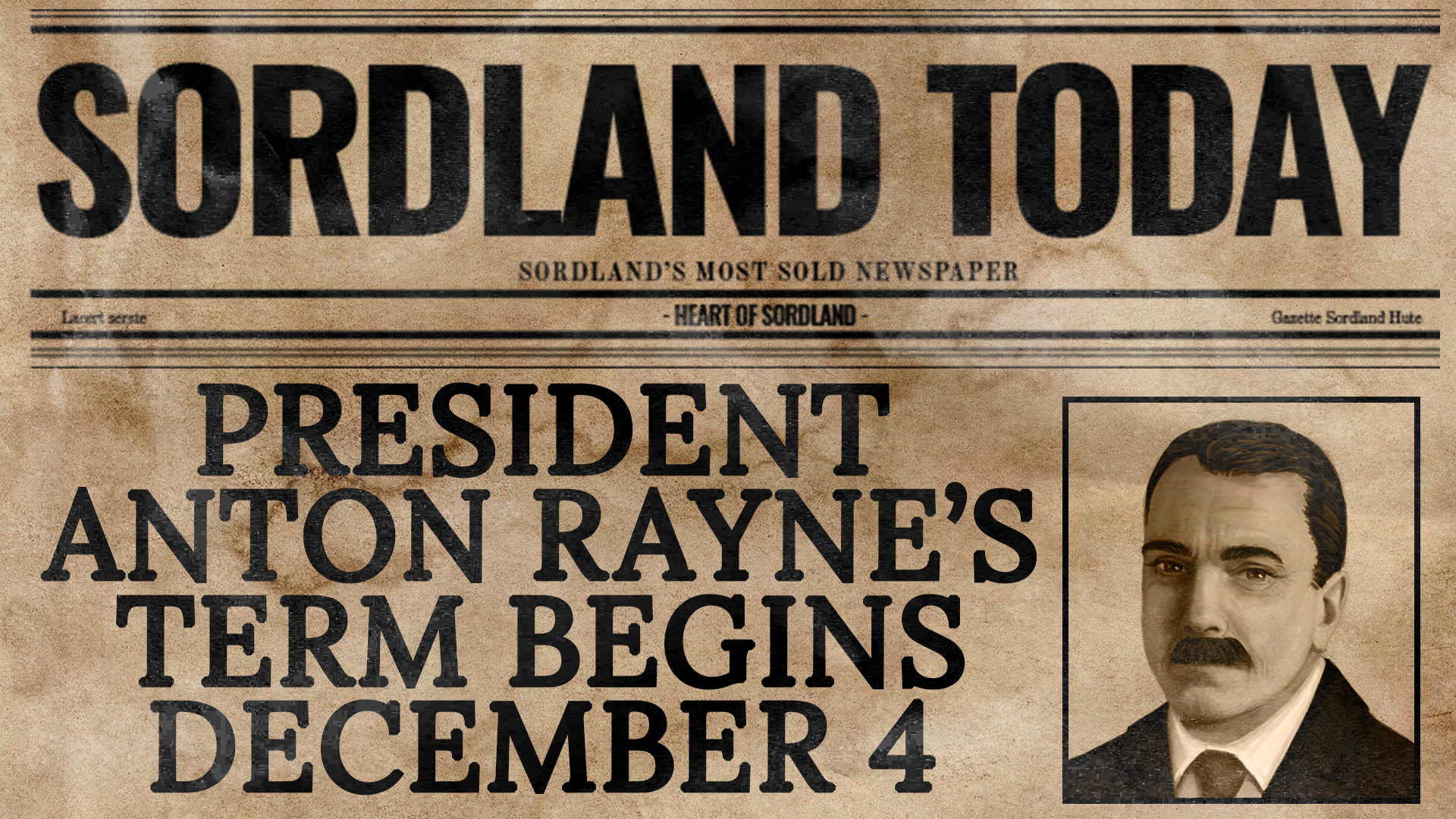 The votes have been counted, and today Anton Rayne has been elected the fourth President of Sordland. His four year term in office will commence on December 4.

President Rayne must decide where his priorities lie. The tasks ahead include stimulating the economy to pull Sordland out of the two year recession, advance foreign relations and heeding the cries to reform the constitution.

Tune in to the following announcement on the Sordish Broadcasting Corporation as they cover the presidential election:

As the presidential race was called, Anton Rayne had this to say: “My fellow Sords! Sordland is struggling to recover from a difficult past: bloody coups, a civil war, and a decade of tyranny has left our country in a delicate state. I will do everything in my power to lead Sordland to repair.”

President Rayne’s party, the United Sordland Party, won the election, earning a total of 130 seats in the Grand National Assembly. The People’s Freedom and Justice Party won 70 seats, making them this term's opposition. Led by Frens Ricter, The PFJP have been steadily increasing in popularity among the Sordish population, advocating for a more democratic constitution.

The National Front Party led by Kesaro Kibener won 40 seats in the Assembly, the best results in their history, becoming the third biggest party in Sordland. Finally, the Independents represent 10 seats in the National Assembly, led by Mansoun Leke, a Bludish politician and previously the leader of the Workers Party of Bludia.

Our new President is faced with many challenges ahead, and the choices he will make will impact our great nation forever.

Visit Sordland Today to keep up to date on Sordish news before the President-elect's inauguration: