We created an all new in-game map editor. The Dune 2000 mod got support for building upgrades and several missions have been added to the Command & Conquer: Tiberian Dawn mod.

It has been a month of busy development. Time to get back to testing!

The major changes this time around include:

Unfortunately, an oversight in the way that we package our windows installer meant that the performance of our Windows release-20150429 builds was much worse than it should have been. We have fixed this for playtest-20150524, so Windows players should find the game runs about 30% faster!
Also general performance improvements have been integrated that affect all platforms. Kudos to RoosterDragon for his continued effort to optimize our source code.

The refined system integration adds a lot of convenient features:

Our new in-game map editor took over a year of development time, and it was worth it!

Click Extras - Map Editor from the main menu in any mod. To all our enthusiastic mappers out there: Your feedback is invaluable at this stage. We will remove the legacy OpenRA.Editor.exe in the nearby future.

Great news for tinkerers. You can now use voxels in your own mods and maps. See our updated trait documentation. The Lua API for mission scripting has also been enhanced while we proceed to implement remakes of the original campaigns.

More details and links to pull request can be found on our changelog page.

You can find the installers for a variety of supported operating systems in our download section.

Please report problems on our bug tracker. We plan to do a new stable release based upon these changes soon. 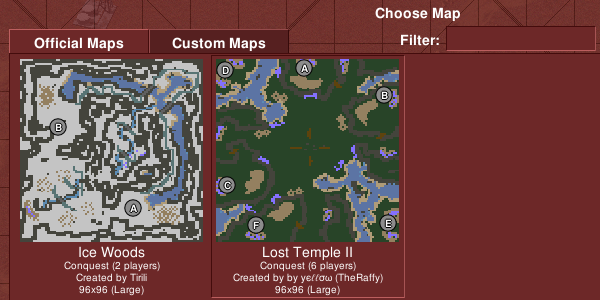 Keep track of your thirdparty maps from OpenRA Resource Center
and delete unwanted ones in the updated map chooser. 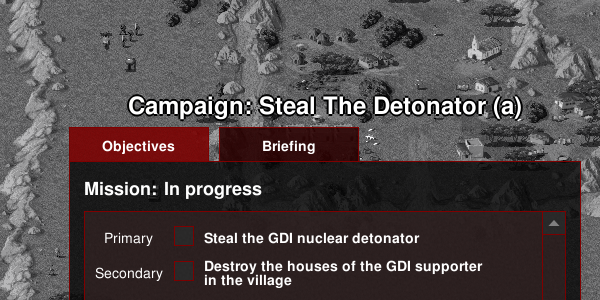 One by one the results of the student project to import the original Tiberian Dawn missions is integrated.
Thanks to the THM course instructors for their creative teaching methods. 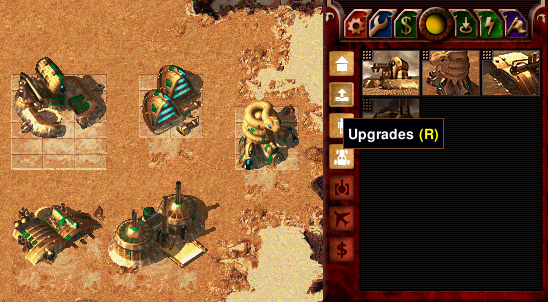 The on-going quest to finalize the Dune 2000 mod has reached a new milestone
with building upgrades which re-create the original tech tree. 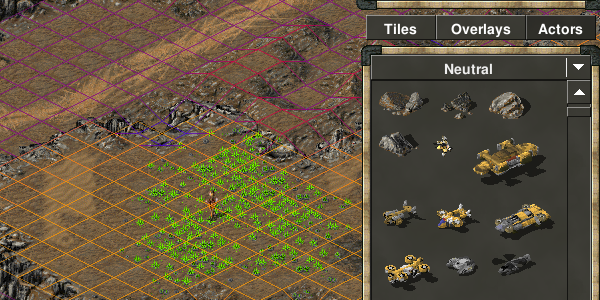 The in-game map editor is also a vital part of our Tiberian Sun support initiative.

*Ahem, seeing the blades on the Harpy, I just wanna...well...GET DO DA HARPEEE!

Who's awesome? You're awesome!

That lost temple Starcraft/Warcraft 3 map :)
Its such an RTS classic, Im glad Open RA is getting its own version.

You can get it from Resource.openra.net

Still no way to save a game or to set the game speed though.
I would have thought these things would be fairly important.

well this is a multiplayer platform mainly, so game speed has to be the same with all players, and saves won't work anyway (unless you use the same logic as in Empire Earth)

If I may ask, did any of you ever though about making a mix?
By example: Making it possible to have Resources from Dune/Red Alert/Tiberian Dawn all together? Like be able to make maps with the resources of each game and/or them all together?
As well as being able to play with all factions in a single game, just for the sake of hillarious issues?

Just saying, other then this, it's awesome!

sinse this is an open source, anyone can make that mod, not only the creator. find someone you know who can deal with this stuff, and ask him, so the guys here can focus on polishing the engine, and make even more stuff possible.

This is actually really easy to do purely in YAML's, which is what the mod uses for its Rules files (Like classic C&C games use Rules.ini and Art.ini, this uses highly flexible YAMLs)

A couple things you should know, if you're going to use the Carry-All Harvester combo, you need to add the Dune mod to your mod. It's really easy once you know how to do it, but learning it is a tiny bit difficult.

*head explodes as he thumbs up*