This news features a detailed outline of the future of the modification "A Clash of Kings" for Mount and Blade: Warband. Based on "A Song of Ice and Fire" by George R. R. Martin, also known as the TV show "Game of Thrones".

A Clash of Kings 0.7 is currently in the testing stage, with some bugs being eliminated and new features being added, such as:

Herald of Arms for select factions. These banner carriers provide a visual improvement on the battlefield, as they brandish their faction banners, and various flags proclaiming their faith and courage.

Many new scenes. Courtesy of Caractacus, many of the iconic locations in "A Song of Ice and Fire" are now accesable, with more being added each week. Take a walk across the ramparts of Winterfell, or look across the Bay of Braavos to where the Titan stands guard. 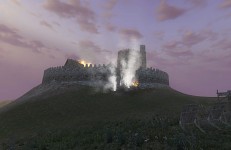 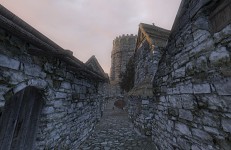 Many new weapons, making for a more varied game experience.
New mercenaries, in place of some that did not have any reason to be there, lore wise.

And many minor fixes.

While these two versions will likely feature many small improvements and fixes, I have three major improvements planned:

1. Lore NPC's. These NPC's will be placed all over Westeros and Essos, giving the player the option to learn more about the rich lore of the universe created by George R. R. Martin. NPC's will include Petyr Baelish, Cersei Lannister, Varys the Spider, Lysa Tully and Mord the Gaoler. 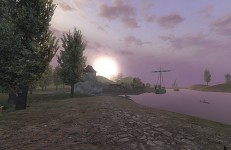 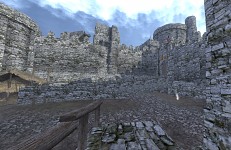 3. A brand new world map. While the current map in "A Clash of Kings" is by all reasonable standards the most detailed and polished custom world map ever created for Mount and Blade: Warband, I have learned a lot since making it.
The new map will fix certain geographical mistakes, be about 30% larger and feature a lot more detail as well as improve performance as I've learned how to make it larger, more detailed, yet less demanding on the computer.

These are quite ambitious goals, and I can in no way guarantee that I will ever achieve them. But this is what the plan looks like at this moment.

Are you planing to make some changes in combat mechanics? I've played a lot of AD 1257 and in my opinion there was the best balance between realism and fun. I think you may also be intrested in lance recruit system - another great idea from AD 1257 that make a big difference between simply mercenary and nobleman. Anyway I'm waiting for next beta release.

im a big fan of your mod, and i am loving that the map are getting bigger, and the new NPC's are a great improvment

On topic, why haven't there been any videos of gameplay posted to your game page? Seems like there is plenty of good material to use.

Ahh, don't have time to make any videos myself, and uploading images and videos is restricted to admins. That means me. Feel free to make a video and pop it on youtube. If it's good, I'll add it to this webpage.

Could you make buildings like a barracks that trains infantry etc.

is it possible to become a knight or is f.eks Elite Westerland billman the highest you can get?

Loving your mod. I really do! However I was wondering if you could maybe releasy an optional particles system? Sadly the new dust particles from cavalry slows down my game immensely during larger battles. Not really sure why though, considering I'm using improved particle dust in other huge mods without it affecting my gameplay. I think it may have to do with the huge maps (cudos there, btw ;))