I'm pleased to announce that the soundtrack is completed for arcane dimensions.

Posted by metamorphosis on Nov 3rd, 2019

I'm pleased to announce that the soundtrack is completed for arcane dimensions. All up it stands at 2 hours and 41 minutes long, not counting several levels which share the same music but in different configurations (to mix things up while retaining a similar feel between some of the more-similar levels). Many minutes of material of course have been cut from many tracks in order to make them fit in more easily with the entire flow, but when the soundtrack is eventually released as it's own thing (probably a few weeks after the game is released with the soundtrack) that material will be restored, and the individual tracks available in their entirety.
Incidentally I'm currently releasing songs from the soundtrack (old and new) on my soundcloud channel - subscribe if you want to hear a new track most days:
Soundcloud.com

One of the things I struggled with in the past week was finding tracks for the 'test' levels in Arcane Dimensions - some of these levels are pretty short and simply testbeds for various weapons or creatures, some are pretty long and almost "real" levels. So I didn't want to waste too much material or energy on them since most people probably won't play them, but I wanted something suitable anyway. I ended up remastering some very old tracks, so old that originally I only had them on cassette tape, and then when I imported them onto computer 15 years ago I only ever saved them as 128kbps mp3's!

So I ended up reconverting them back to wav, resampling them to 96khz, de-noising them (tape noise) and mastering them that way. Somewhat surprisingly, they turned out alright! They're kind of a fun variation from the usual dark-and-morbid quake themes. Here's one that's kinda funny in it's simplicity:

Back on the graphics side, I had to dial back the effects in the original small mod compilation with a fine toothed comb/hammer originally for epsilon, and arcane dimensions has been no different.
Almost every effect had to be toned down in order to see what was going on under all the explosions/particle effects, etc; it was looking a bit of a mess in it's original incarnation.
But after much to'ing and fro'ing, I managed to reach comfortable mediums. I also removed a lot of the 'dot-style' effects (sorry AD authors) as Epsilon's focus, is again, 'realism' (whatever the hell that means). Most effects and explosions had to be tweaked to get them back down to a comfortable viewing level. 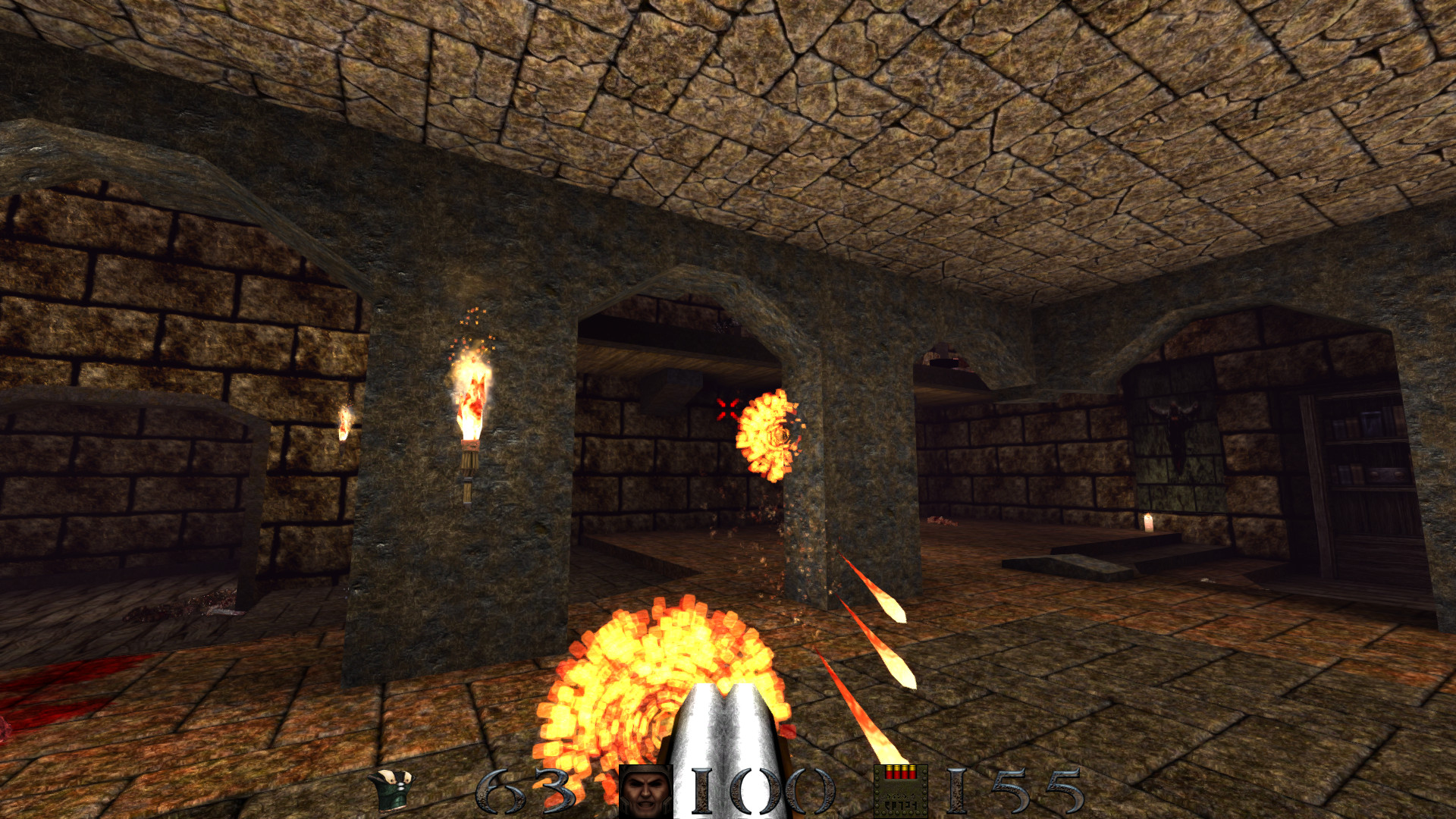 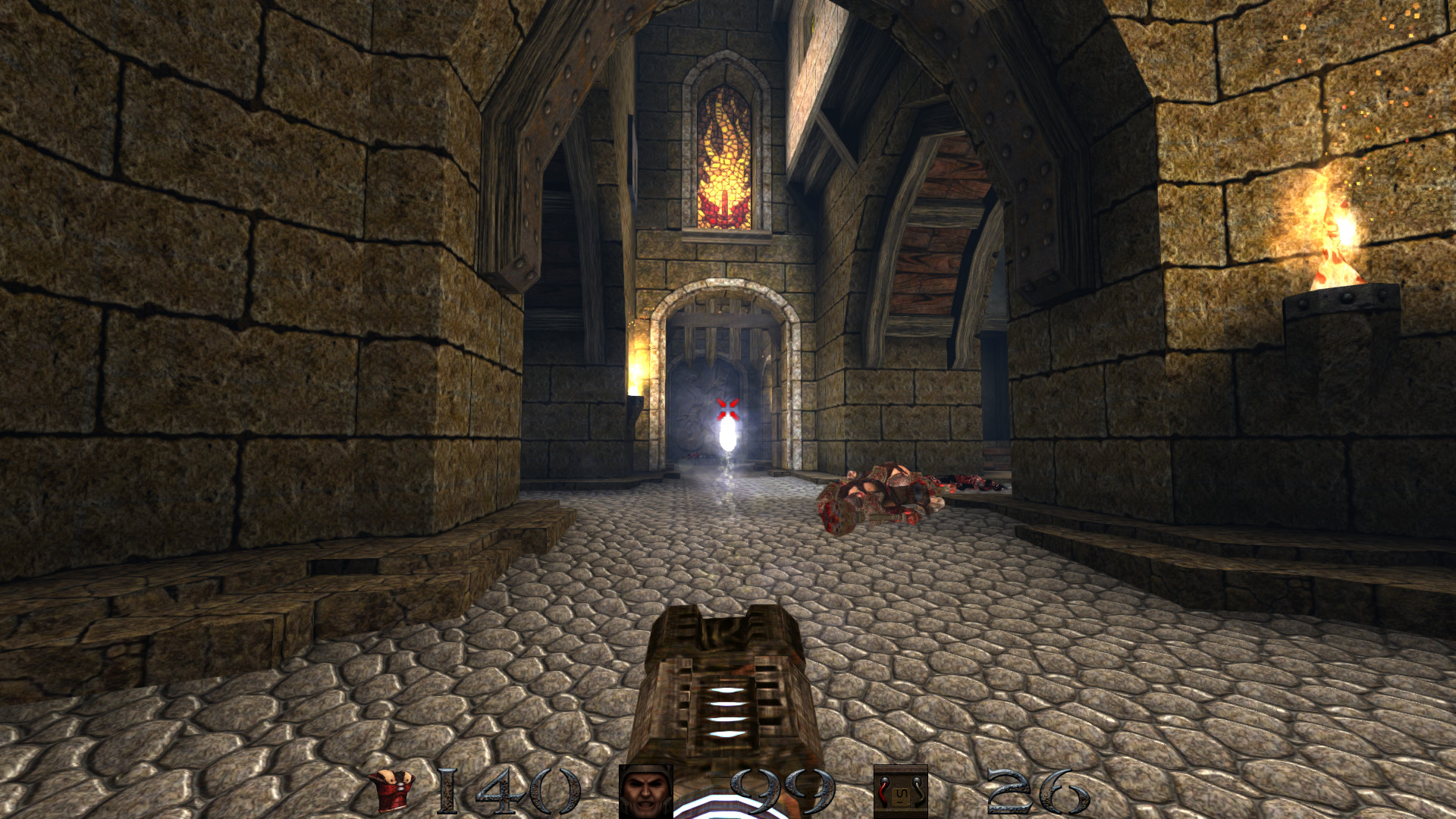 Originally the plasma gun was so intense you couldn't see much when it was firing - let alone the plasma ball it was firing! It also took me a long time to get all the projectiles to the point where they felt right.

A few other examples: 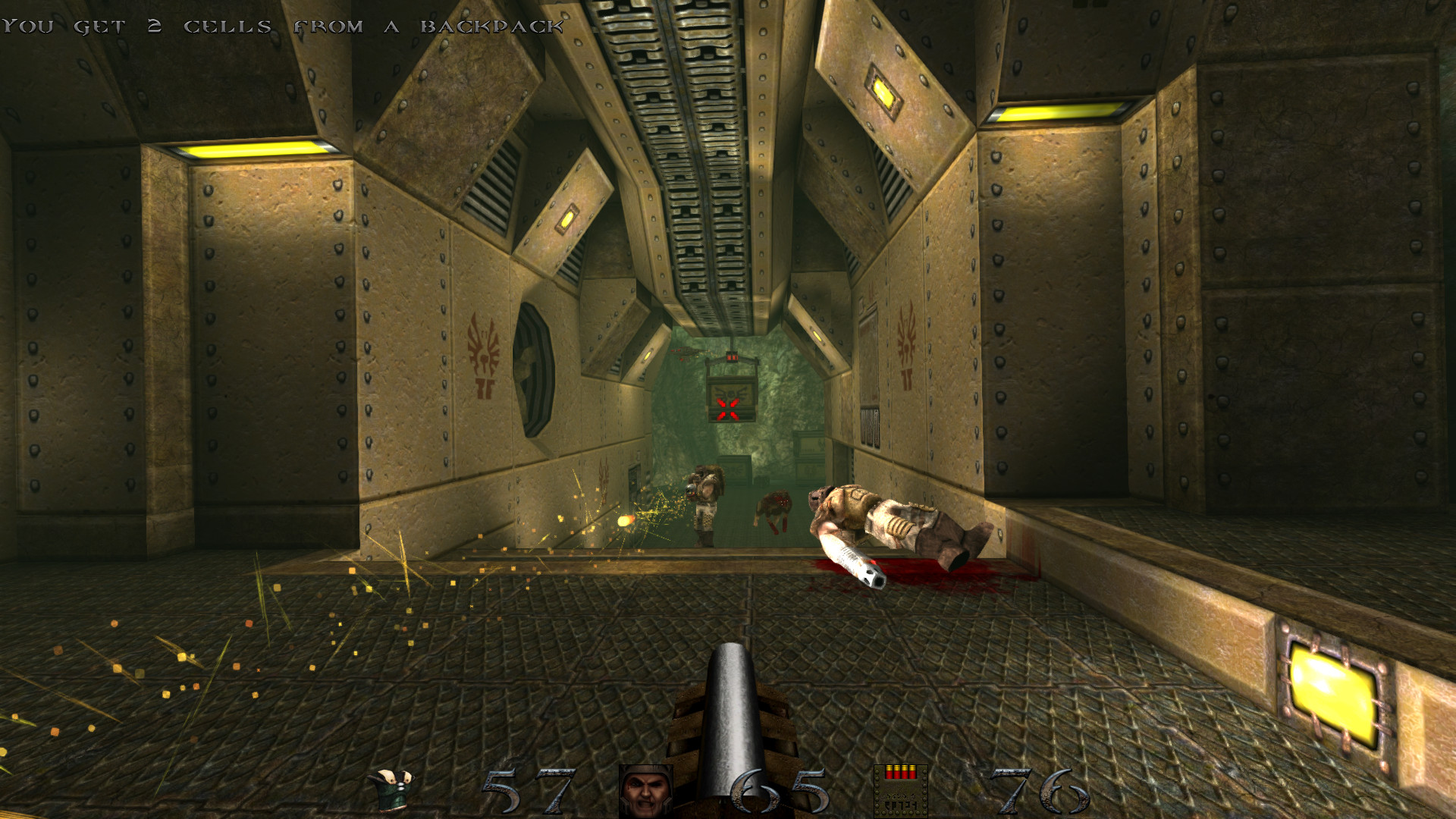 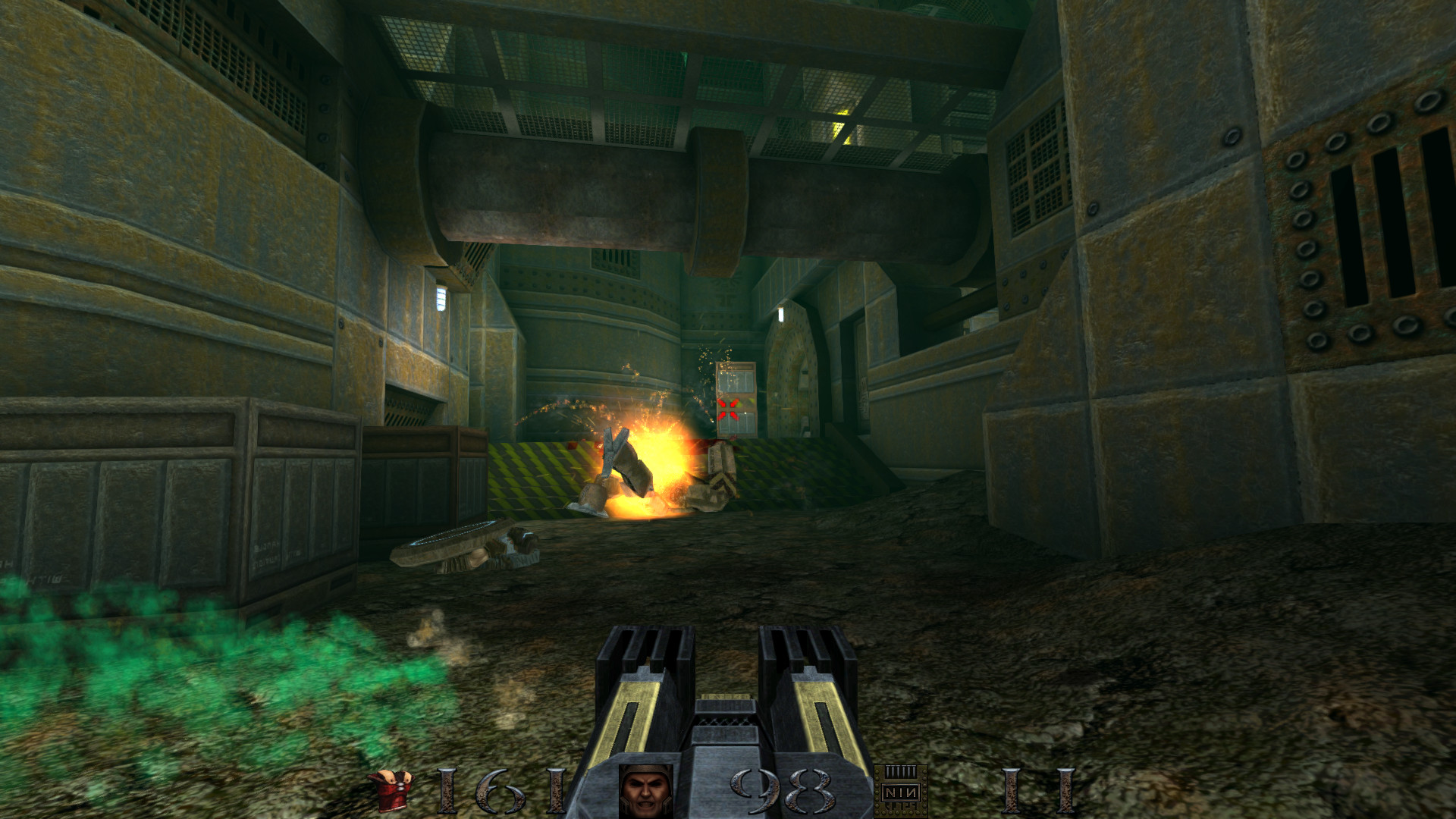 Constructing the soundtrack from multiple tracks was by no means a small feat. Okay so you've got a bunch of music. Now what? It's not just a matter of slapping tracks together. You've gotta think about the level. Is it fantastical? Gothic? Futuristic? And what kind of music suits that? Then it's a matter of taking the tracks which you think might work with that level, then playing with them as backing music. It rapidly becomes apparent which pieces work and which ones don't.

After that, you've cut down to the tracks that work, and which don't. What's the order going to be? Which tracks dovetail nicely into each other, which don't? The order can be almost as important as the songs themselves. You don't, ideally, want seven hardcore tracks followed by 5 soft ones - you want to give the player emotional contrast. Give them something to experience, getting high, coming back down again, rinse, repeat. But with a little variance so even the contrast itself doesn't become a stale thing.

Then, once you've got your tracks, you've got your order - now you need to stitch them together.
This is not as easy as it seems. For starters, you may need to apply some basic EQ correction - for example, if one track has too much in the way of high frequency content, it's going to sound awkward next to the track that's duller. SO you need to do a little bit of corrective EQ per-track. Then, you adjust for volume. Some tracks are going to be louder than others, and a little bit of that's fine??? But not a hell of a lot. You don't want the player to have to adjust their own volume to cope with your apparent lack of dynamics-sensitivity. So you want emotional contrast, without going for tooo much in the way of volume contrast. You can do that in a movie, in a cutscene, but in the middle of gameplay? Doesn't work. You're competing with sound effects, gunshots and ambience. It's got to be halfway steady.

So then you go through & adjust volume per-track, sometimes intra-track, if it's got too much in the way of internal volume dynamics. Then you stitch the tracks together, finding the right points to blend or cut between tracks, or do some other effects, or use a small soundlet as a joiner between tracks. Then you've got a fully-constructed track-assembly. Add to that a seamless blend between the start and end tracks (so it loops well) and you're set to go. Easy right?