Thank you for all your bug reports. We tried to fixed all reported issues. There are still some low-priority things on the list that we´ll take care of during the polishing phase.

We have added the basic drone. It´s the most simple of our 3 drones. You can remote control it, carry stuff around and use it for building. Combat and mining variants will follow soon. 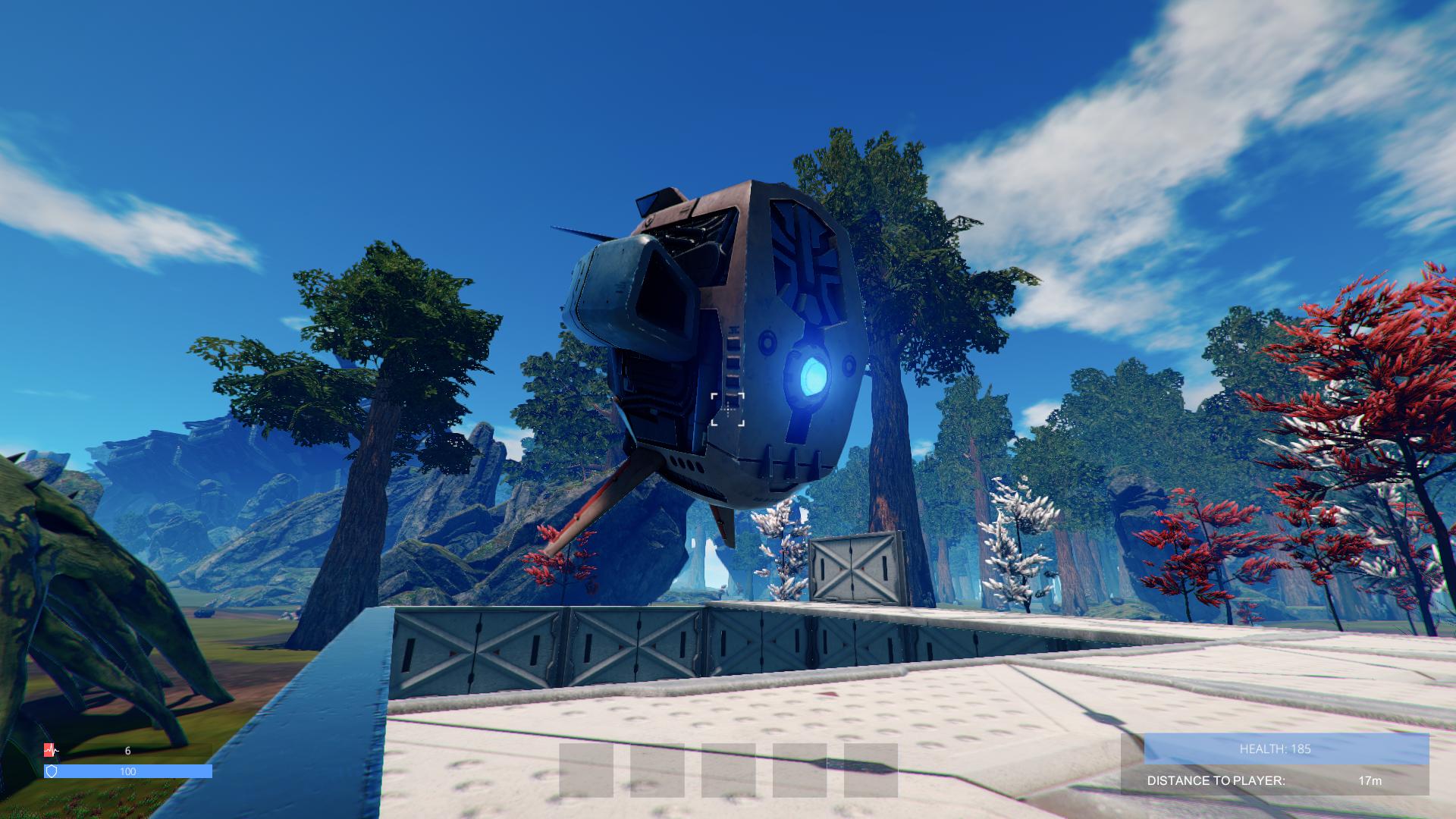 the basic drone can be used for scouting and building

It was super fun to test the drone, make some crazy stunts and do some air races. Can´t wait to see what you guys will do with it. 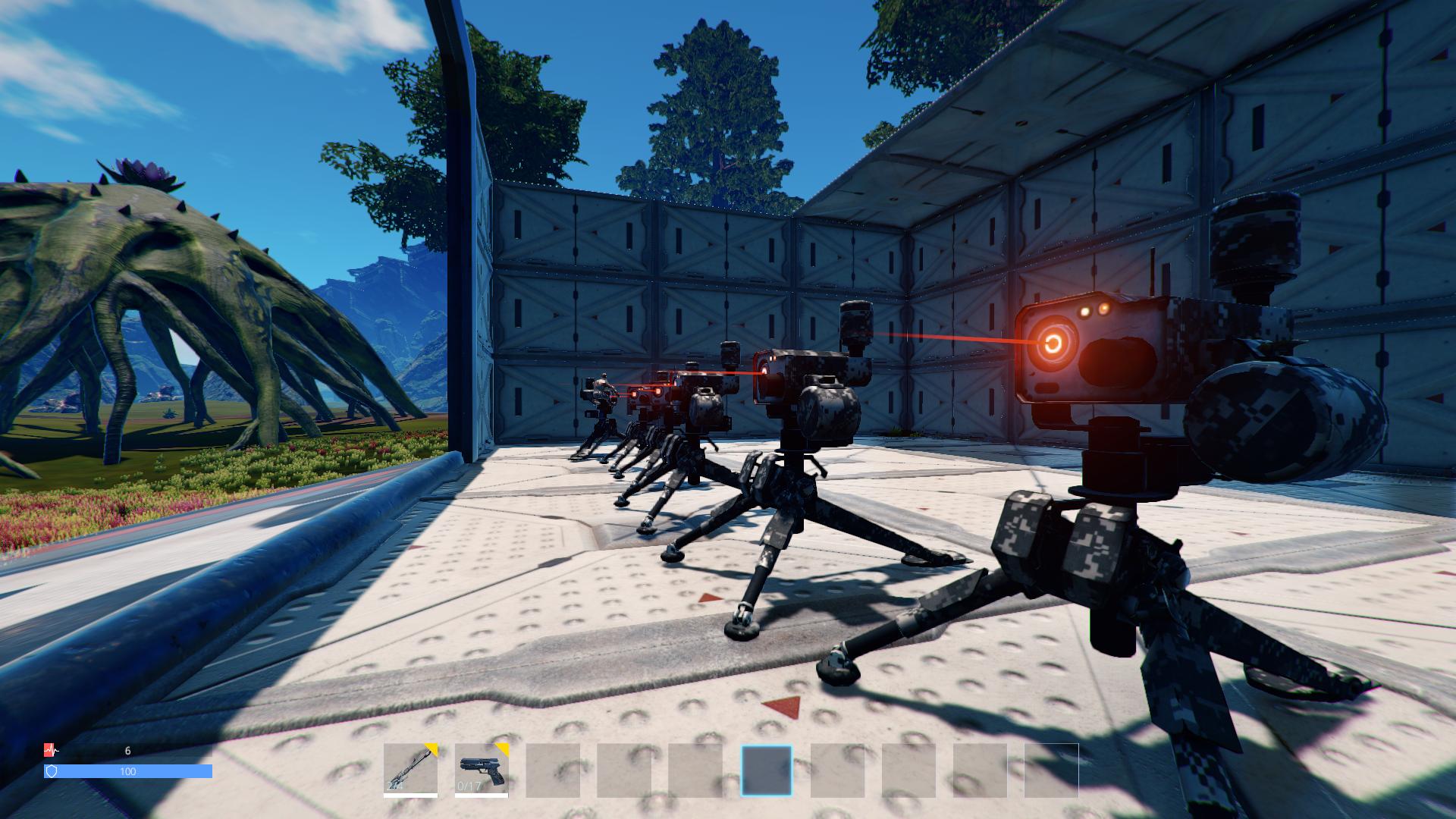 turrets are expensive but pretty deadly too

Julian added craftable sentry turrets. This will make raiding a lot harder. Make sure you put some of these on your base! We´re currently using a placeholder model until our artists have came up with something nice. 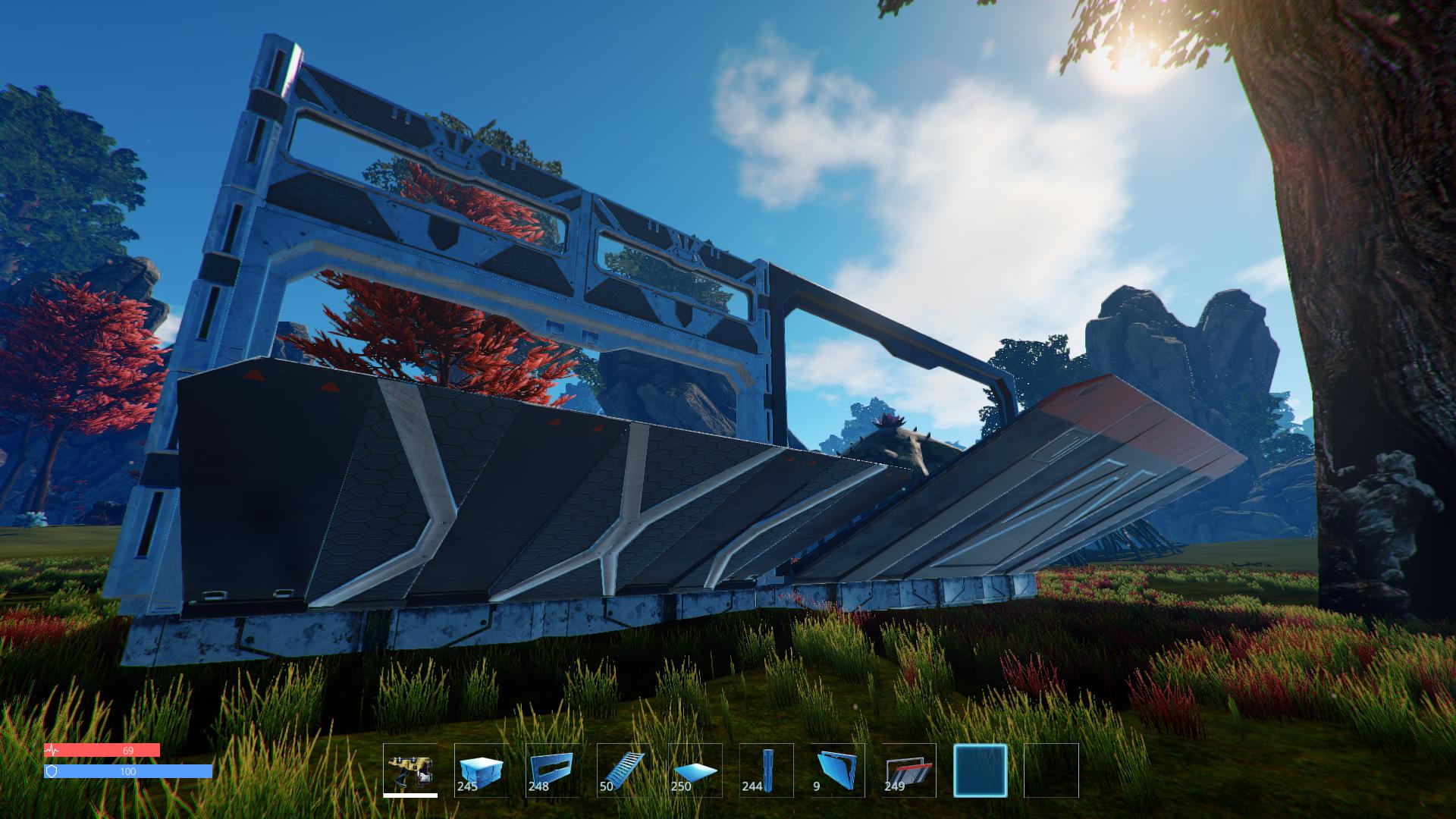 The medium sized gate made it into the demo. We might add big things soon and want to make sure you have a proper garage for it. 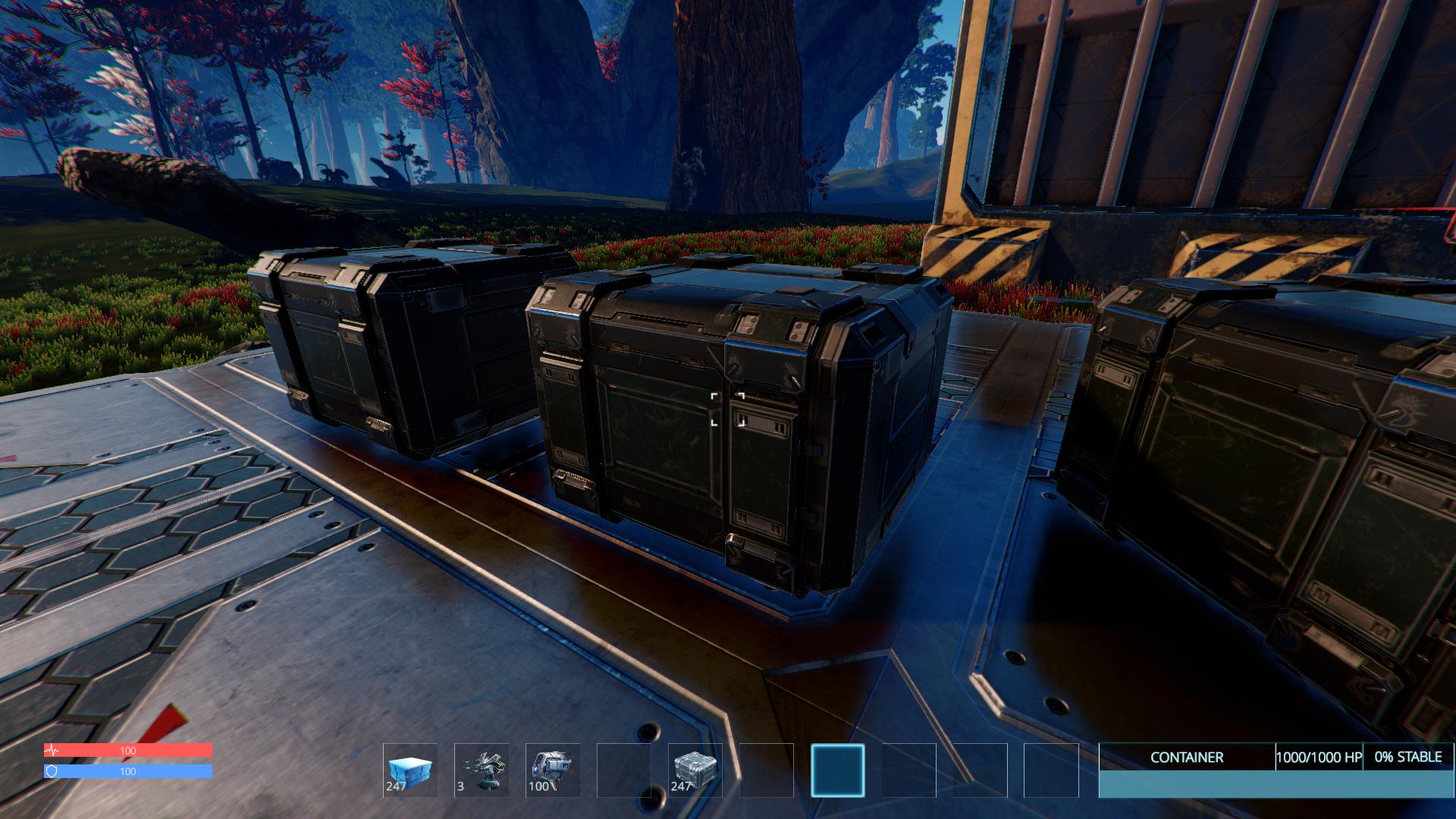 We just added over 1 hour of ambient music to Pantropy. The tracks were made by Túrion.

Check out his awesome work here: 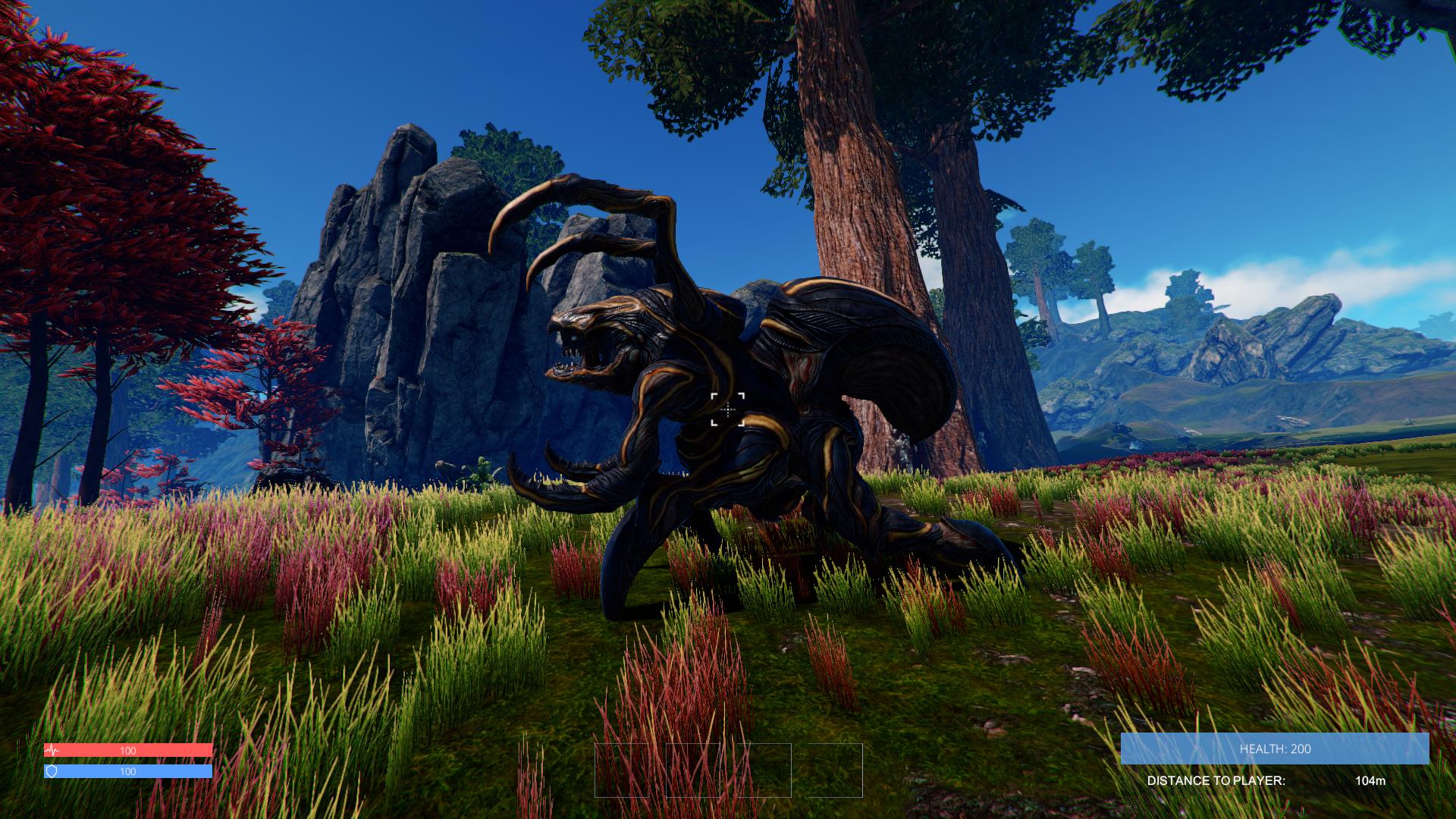 The black spider-bug creature. We still need a name for it.

It took a while but we decided to re-write our creature/AI-system from scratch. It´s still simple but it works. We have added one single creature and will see how everything works out. Once the system is polished we will start adding the other creatures too.

No team member was harmed during gif recording!

Anjar has been pretty busy working on the player ship. This might not make it into the demo but will be part of the alpha for sure. 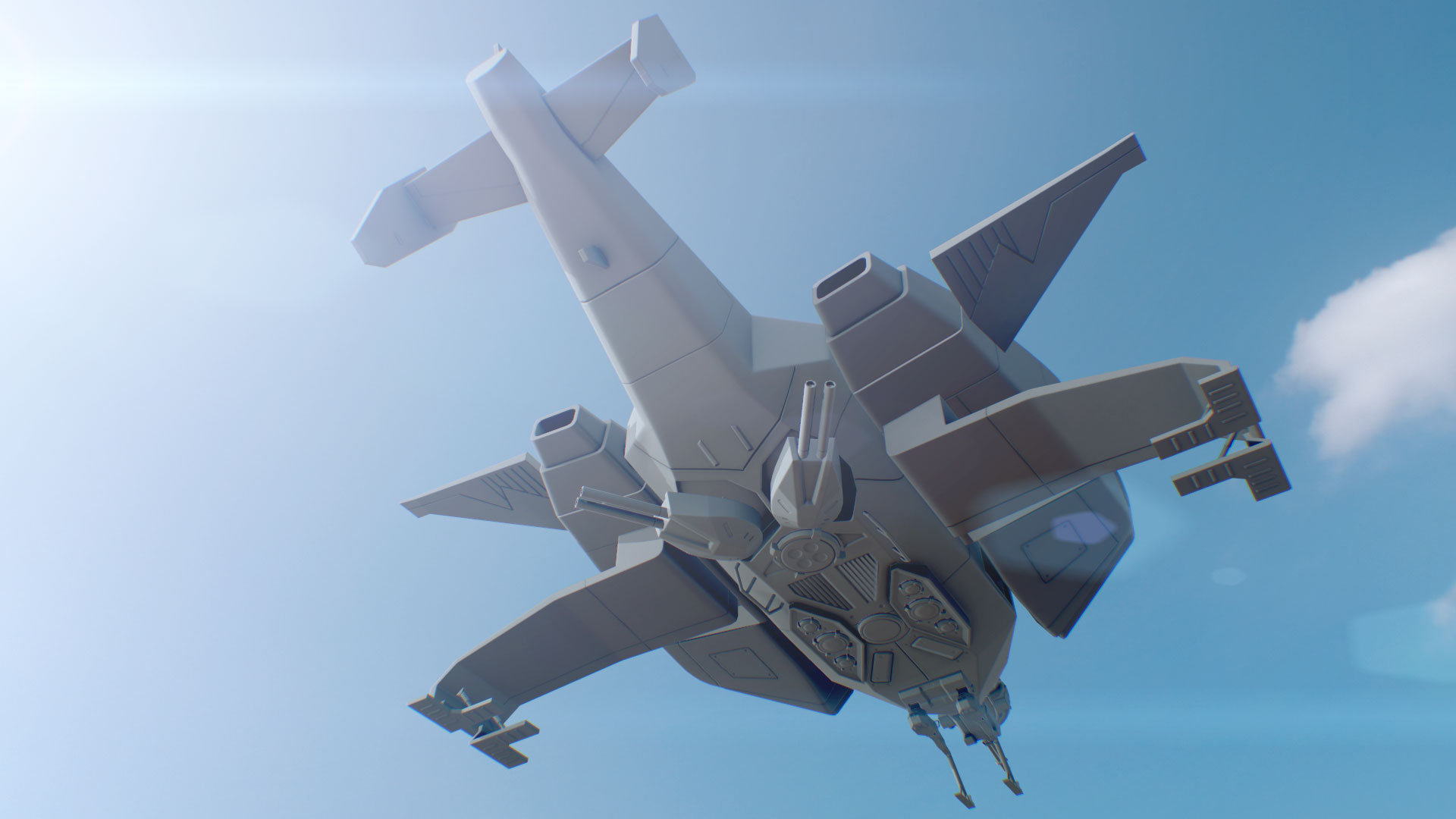 Transport your team mates or the smaller mechs

Jim is working on some nests for our creature.

Nests will be found on the map and can be destroyed.

Dmitry is working on additional ores. 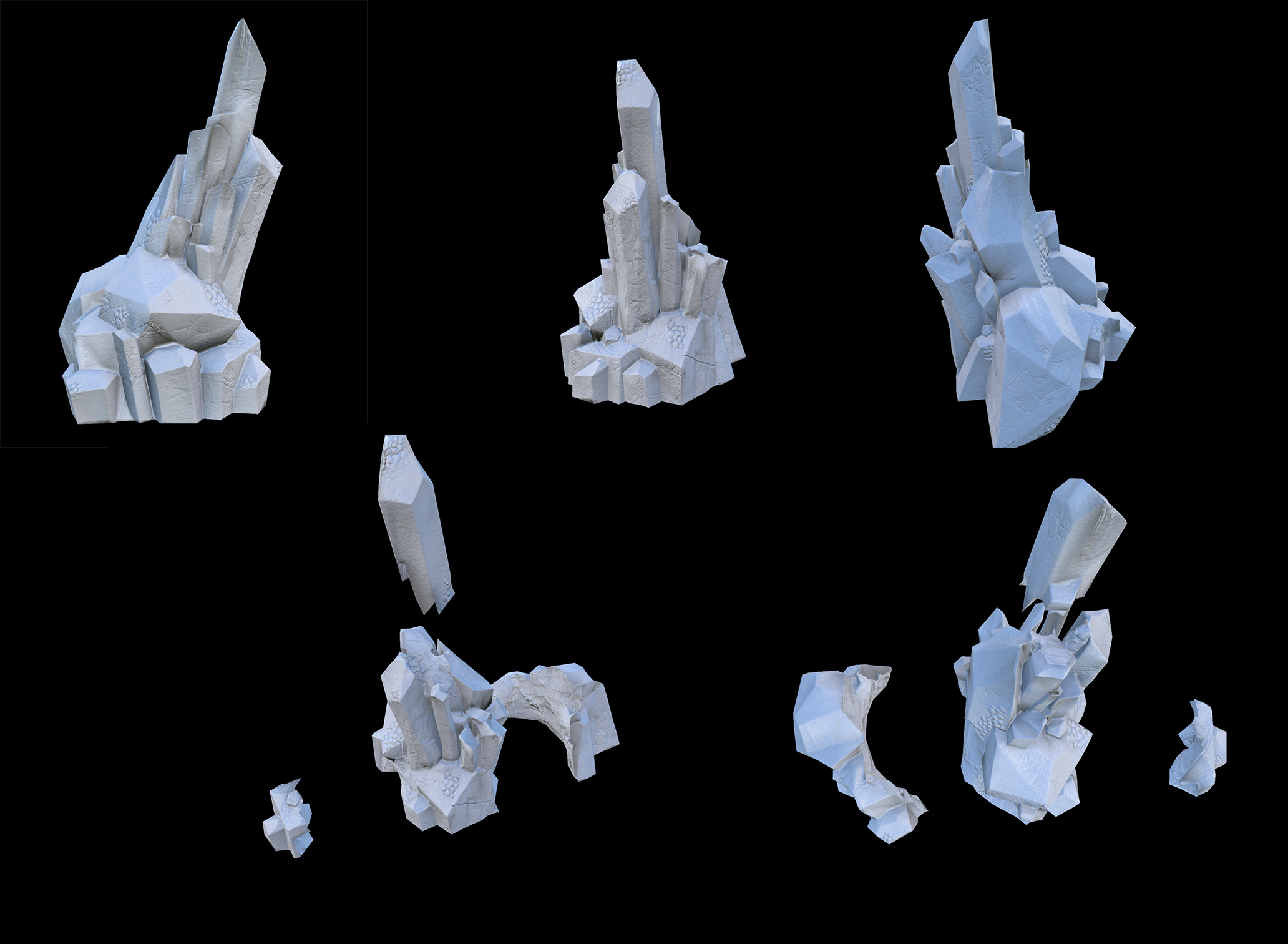 Working on the high-level ores.

We will have to do some base loading improvements and re-write the audio system. More creatures, weapons and a map is also planned for the next patch.

See you next time, thanks for reading!

I can only LOVE your game....Where can I buy it? Can I support you?

Thanks a lot. Not yet. But you can join the multiplayer demo www.playpantropy.com