Devblog time again! Sorry for the break, but we had to focus on the game. Why does a day have only 24 hours?

Welcome 2017! We took a break from writing devblogs for a while. We have been extremly busy with game optimizations and anti-cheat mecanisms for Pantropy.

We focus on getting all the content in the game that has been lying around for a long time.

Bascially we got everything done that we wanted to include for the alpha. It just needs to implemented into the game.

We took the demo servers down after we´ve experienced some ingame „hacking“ /cheating.

But that was at least 50% our fault. We stored the player data locally and didn´t expect anyone trying to manipulate them during the early demo phase. But that was unfortunately the case.

We have setup a user account system and implemented data encryption. Also the player files are now being saved on the server. Let´s see how long this works until we get new trouble.

We have also been in discussion with EasyAntiCheat to ensure that we will be able to minimize any possible trouble for the alpha.

We have finally implemented the mech! You have to craft the individual parts and put all pieces together. Energy cells and ammo need to be crafted aswell. There will be a variety of weapons and tools in the future, aswell as upgrade modules.

Build your mech piece by piece

Theres currently only a 50cal gatling available. More weapons will be available soon.

We also added the base defense turret. It´s a 50cal quad barrel machine gun. It´s quite expensive but also deals a ton of damage. 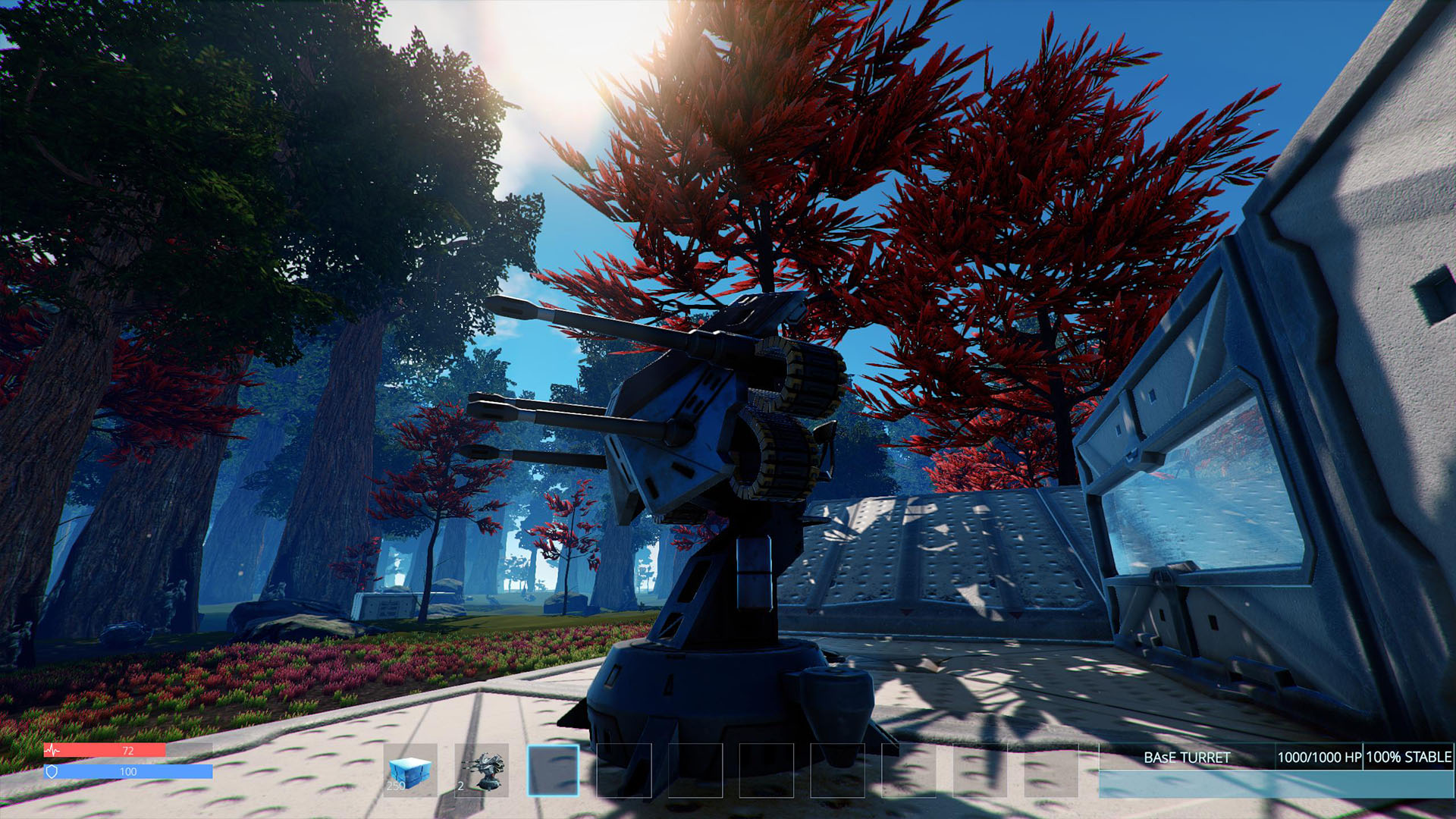 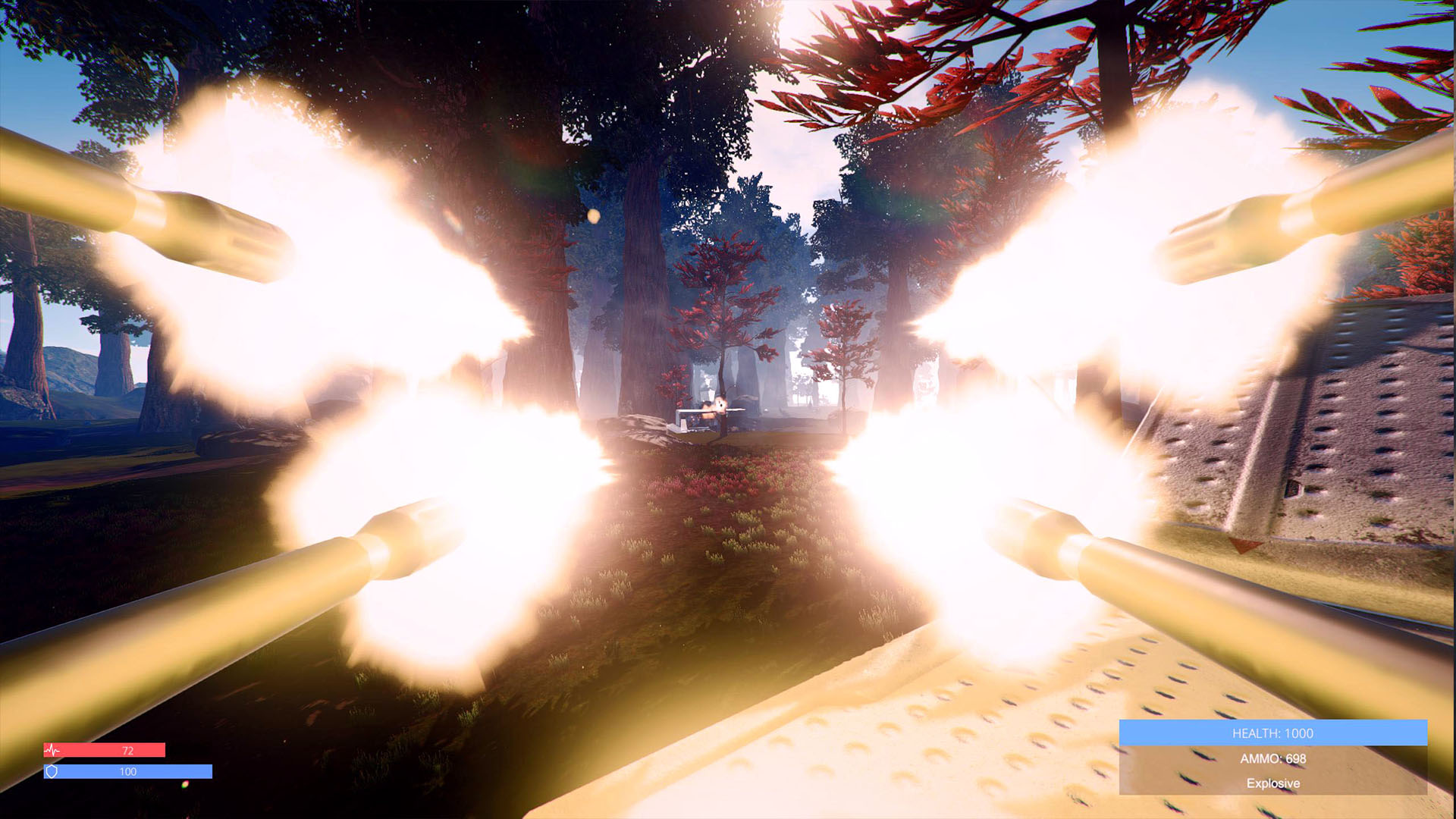 Among with these new additions we have also implemented different ammo types for the turret and mech. You can choose from the standard 50cal, armor piercing or explosive ammo. 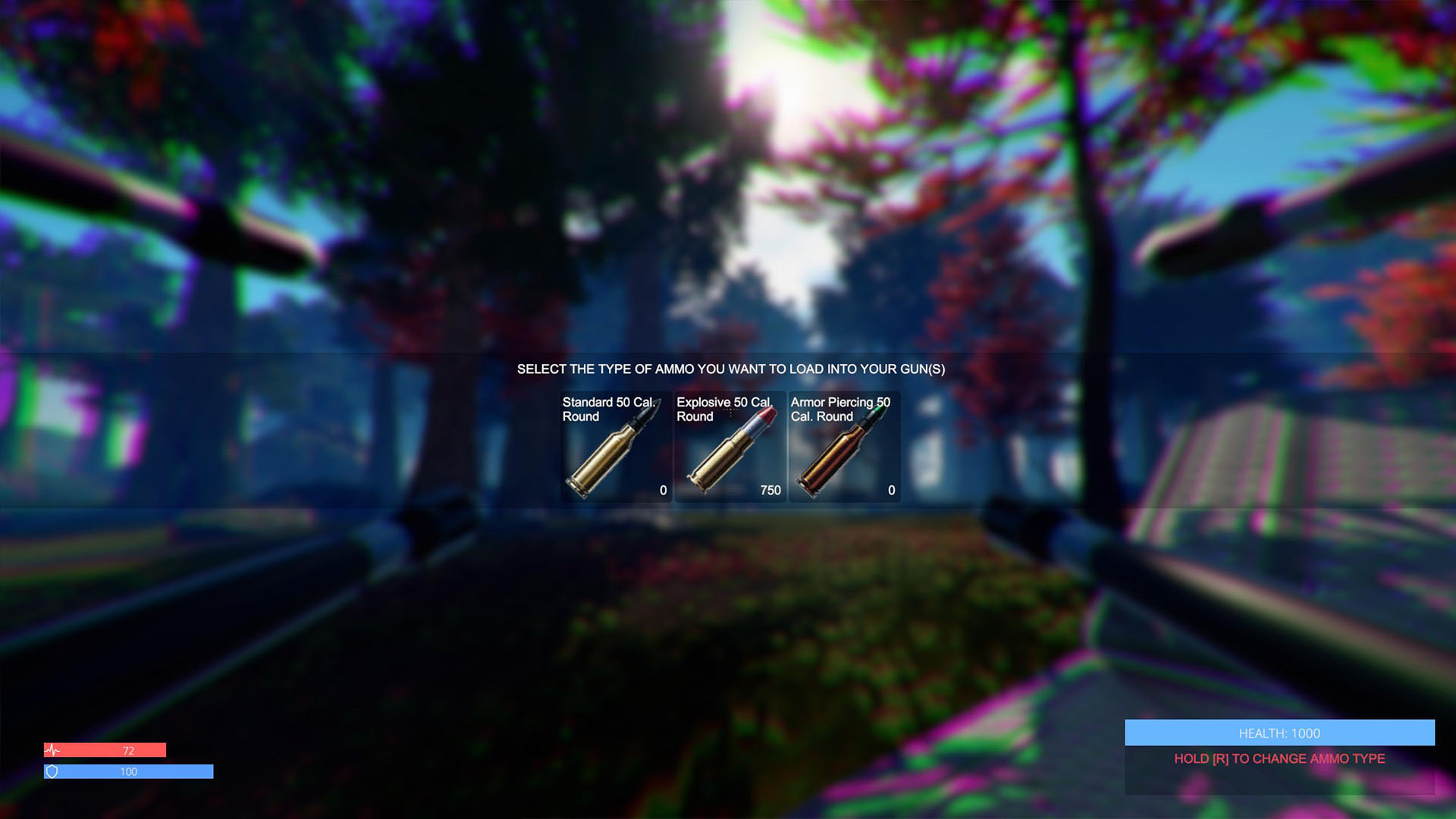 Julian is currently working on adding this system for the personal weapons too.

We´ll start implementing the 3-person mech once we got the T2 mech polished. Can´t wait to see this one ingame. 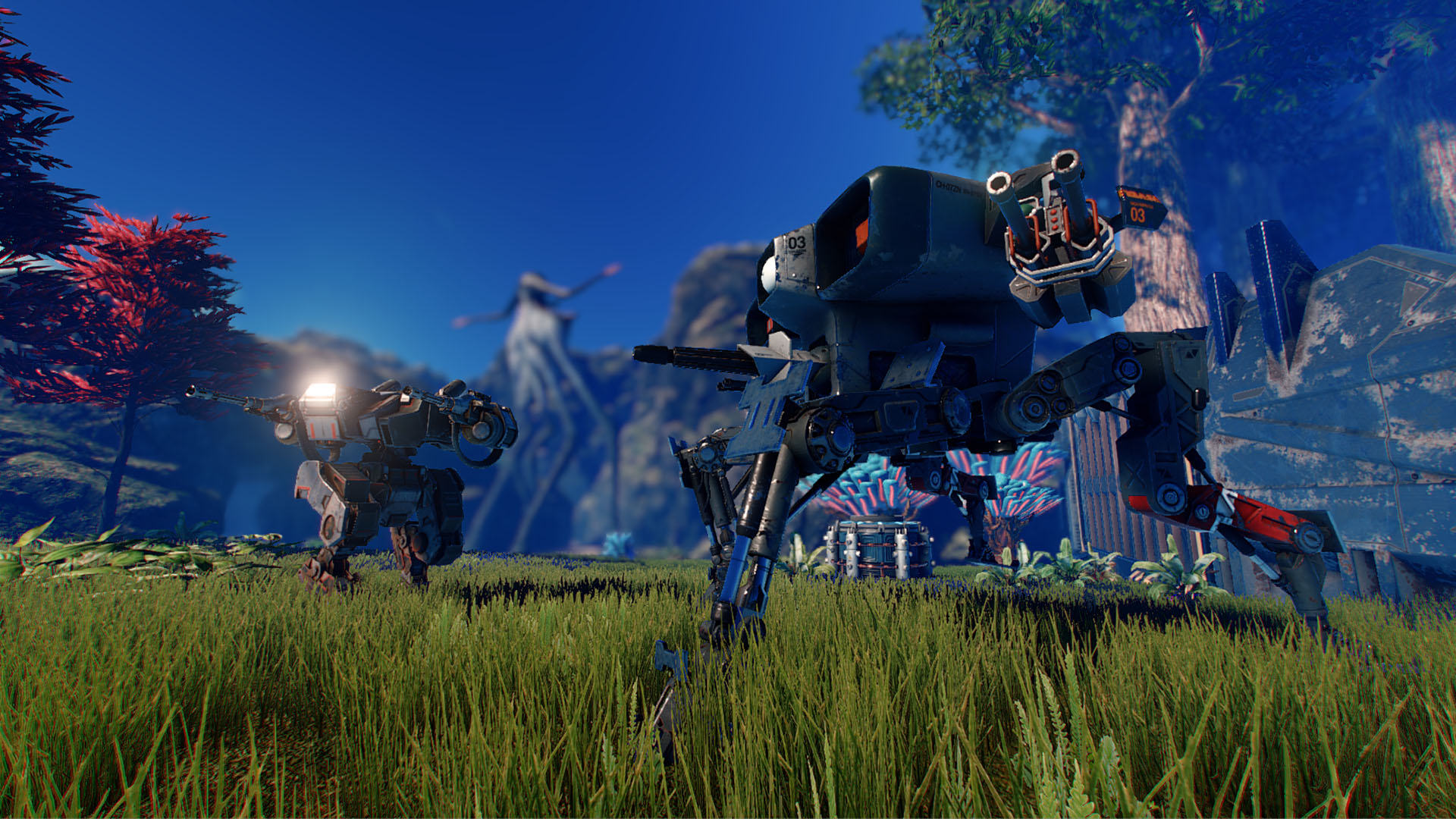 The T3 mech can transport a pilot and 2 gunners

Speaking of mechs, Anjar has finished texturing the scout mech. It still needs to be animated before we can put it ingame. 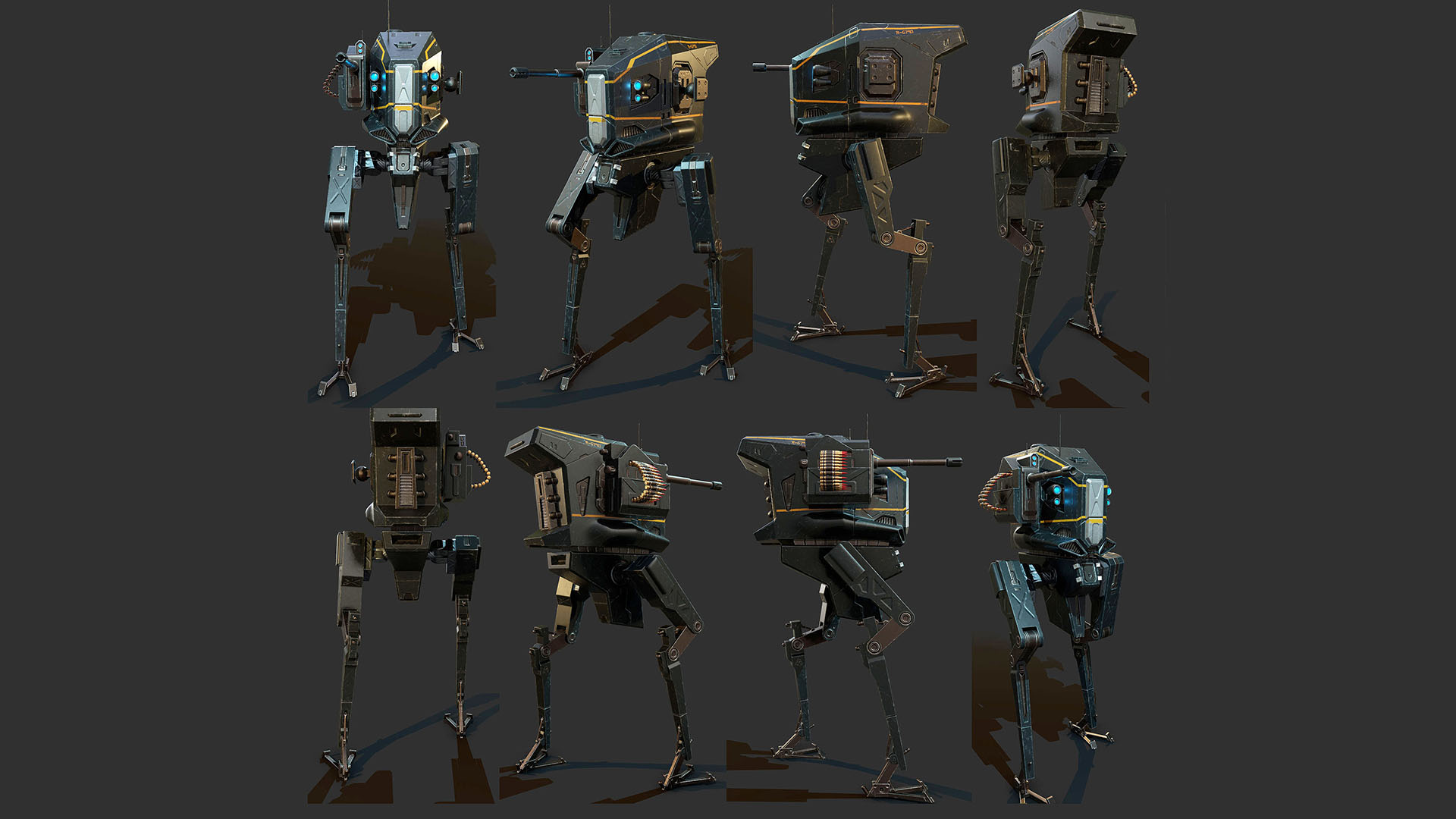 Final texturing for the scout mech.

Vinod has finished the giant walker animations. This is our 13th creature. Time to work on the AI again. (Which we plan for next week) 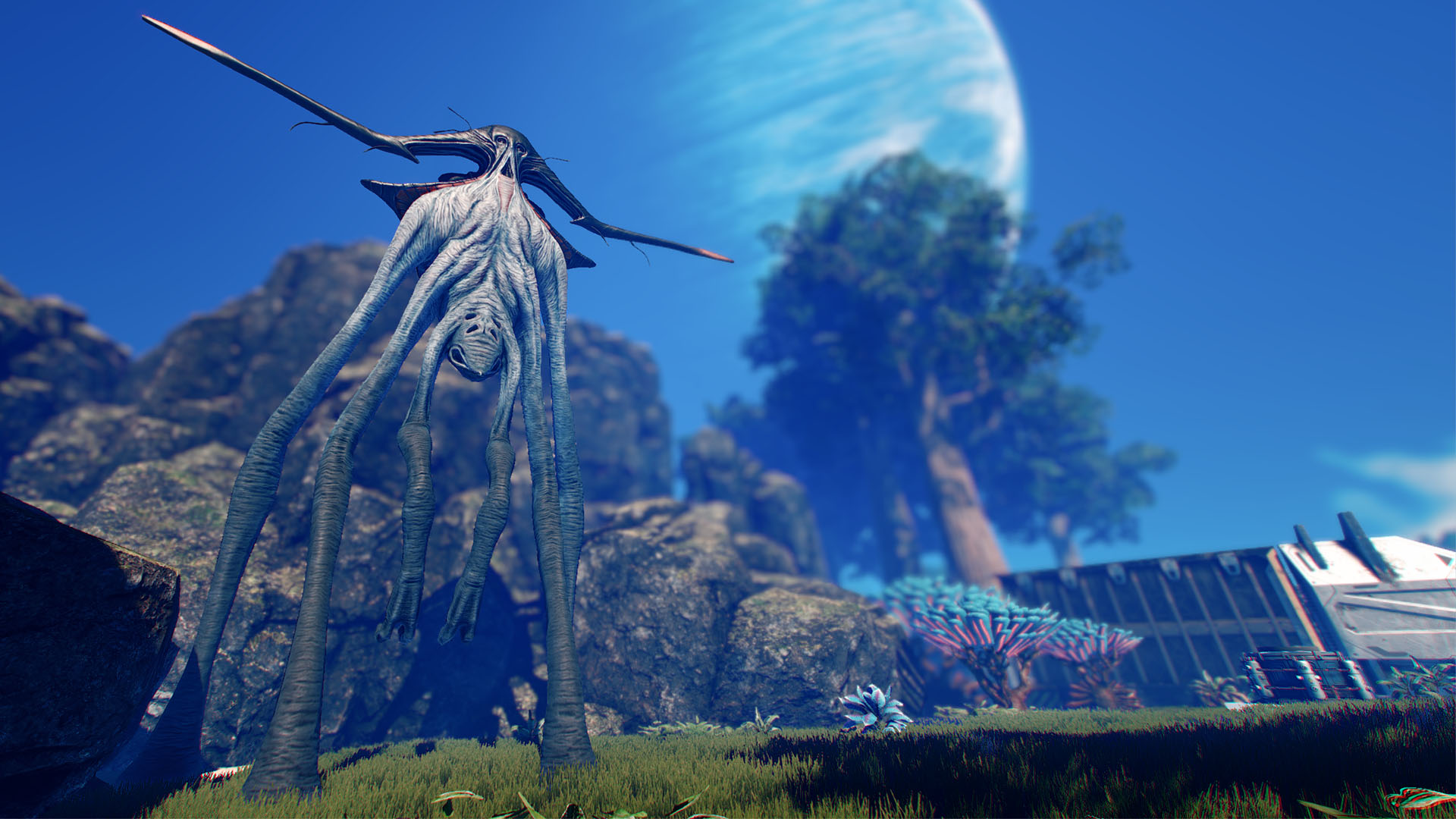 Our giant walker is finally animated too. Design by Alex Ries

Osman has finished additional composite parts. These are less expensive and we´ve seen many players using these for their first base building. 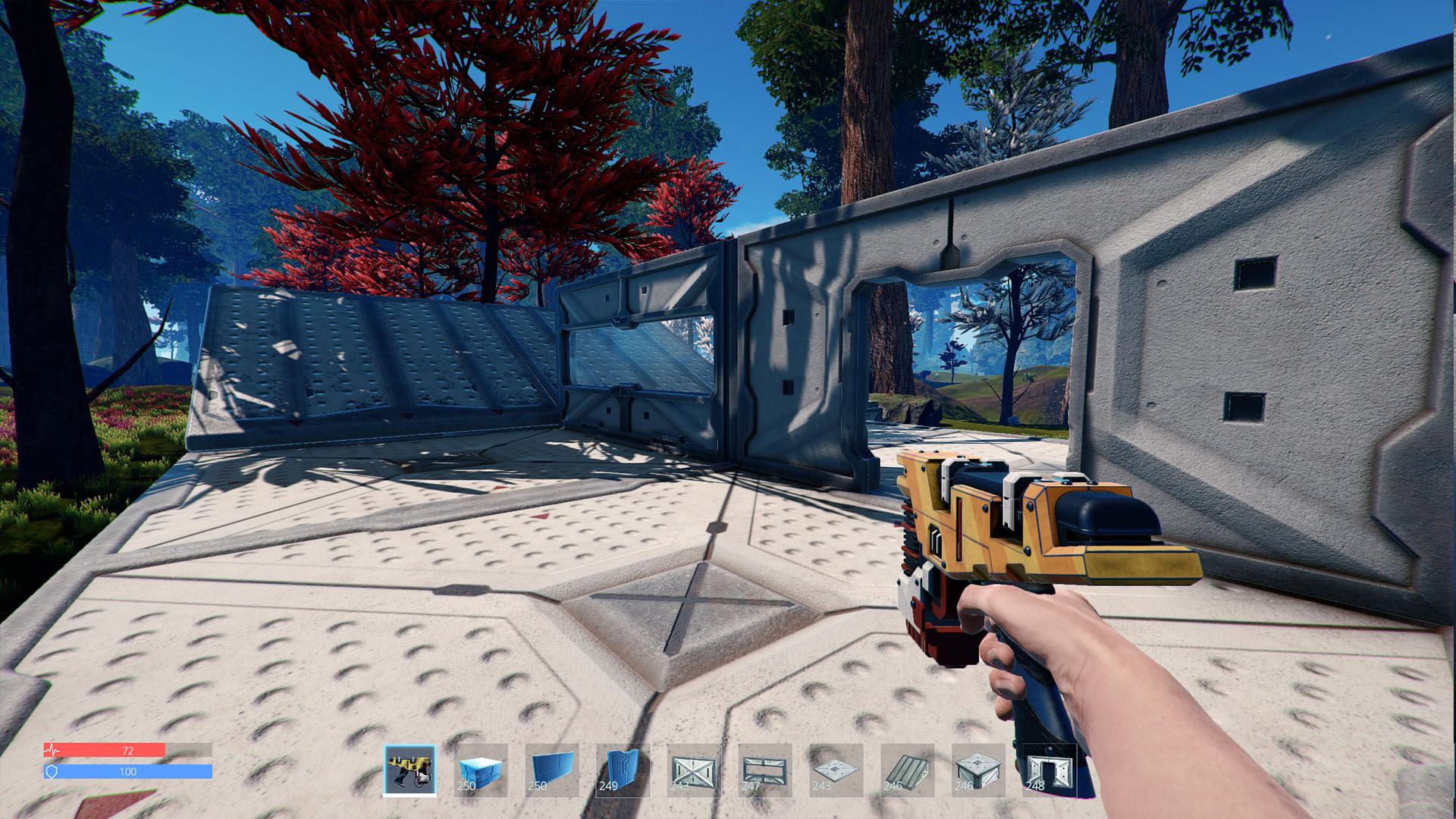 We finally got the T1 mining tool ingame. Mining is now less old school. This one was lying around for a loooong time! I am really happy that it´s ready to use. 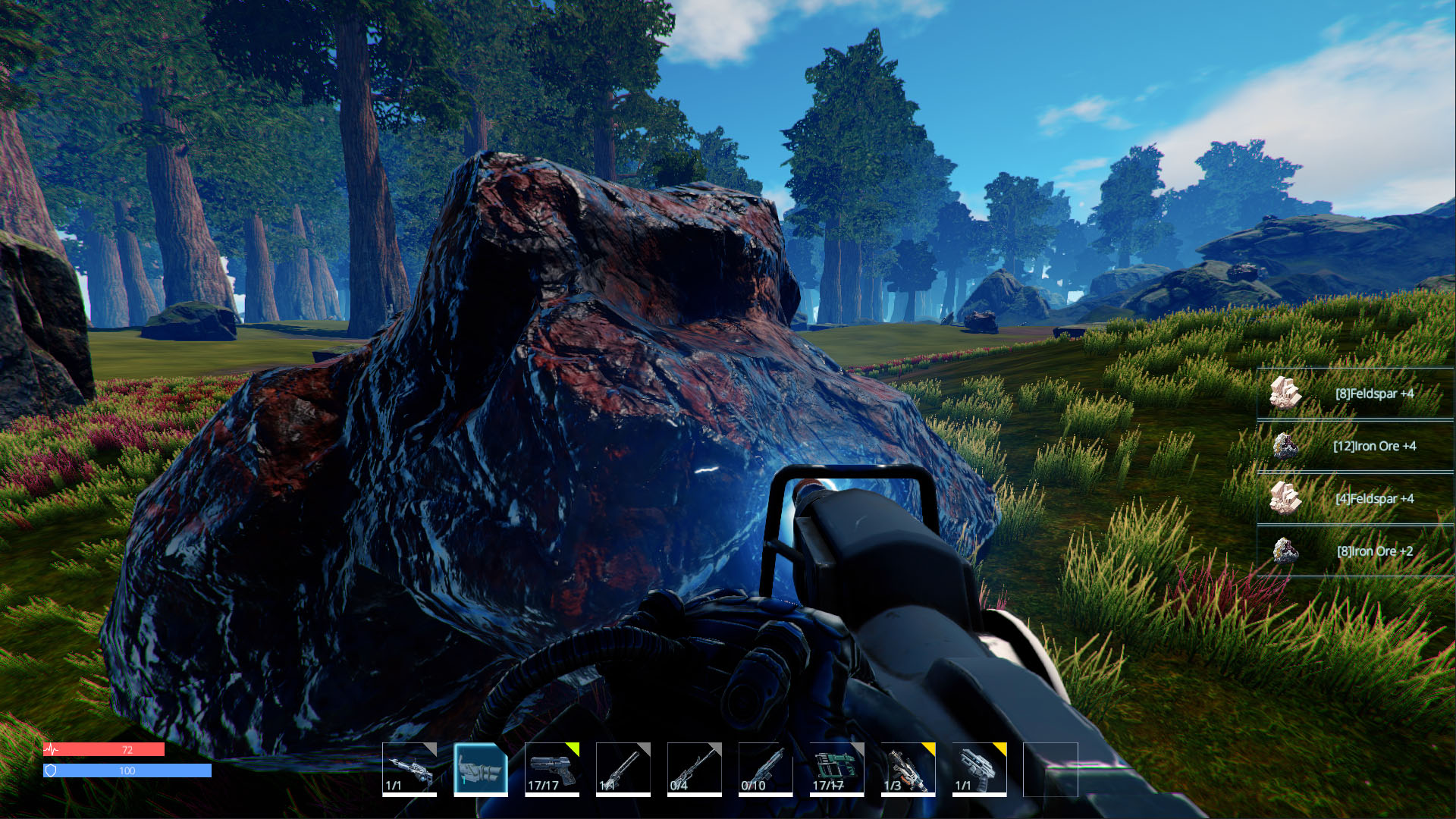 Throw your pickaxe away - the mining tool is finally ingame! 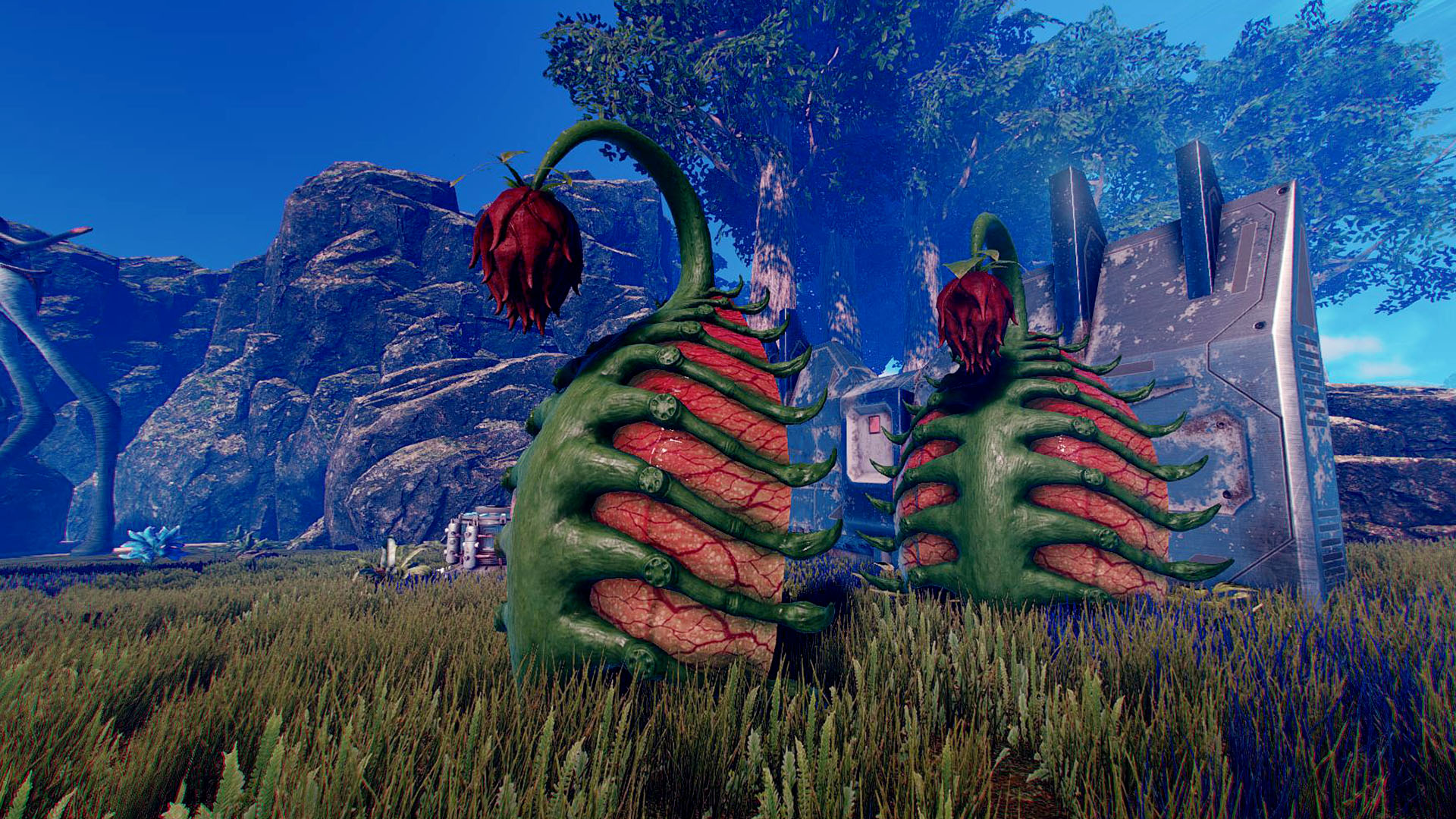 Don´t run into these at night!

We have been fixing a ton of bugs lately and try to concentrate on optimizations, bug fixing and moving all the finished content forward in the pipeline. See you next week! Join our discord if you want to share your feedback!