Post news RSS Our tutorial without using any text

Hi! I would like to share with you my experience of creating our first game. I’ll tell you about how we made tutorial and an interface for a game with no text at all.

Our main goal was to create a game which would be enjoyable for people who appreciate both the aesthetic of minimalism and unusual gameplay. The idea was to make a game which is simple in term of graphics but not in terms of gameplay and make all things very intuitive. For that purpose we have limited ourselves to the following three rules while working on the game:
- use only three buttons,
- only two colors: black and white
- no text at all.

We were guided by these rules throughout the whole development process and it has helped us to eliminate impractical ideas and to concentrate on the core experience. Thanks to these restrictions we didn't waste time on inventing excessive gameplay mechanics and monochrome graphics helped us to decrease the build size and the absence of text allowed us to avoid problems with localization. Even with that simplification we still had enough challenging problems:

To give the player the understanding of the direction in the game we came up with two solutions:

First of all, platforms are designed in such a way that they are showing the player the direction in which he needs to move. On a screenshot below you can see that the black platform shows the direction (to the right). 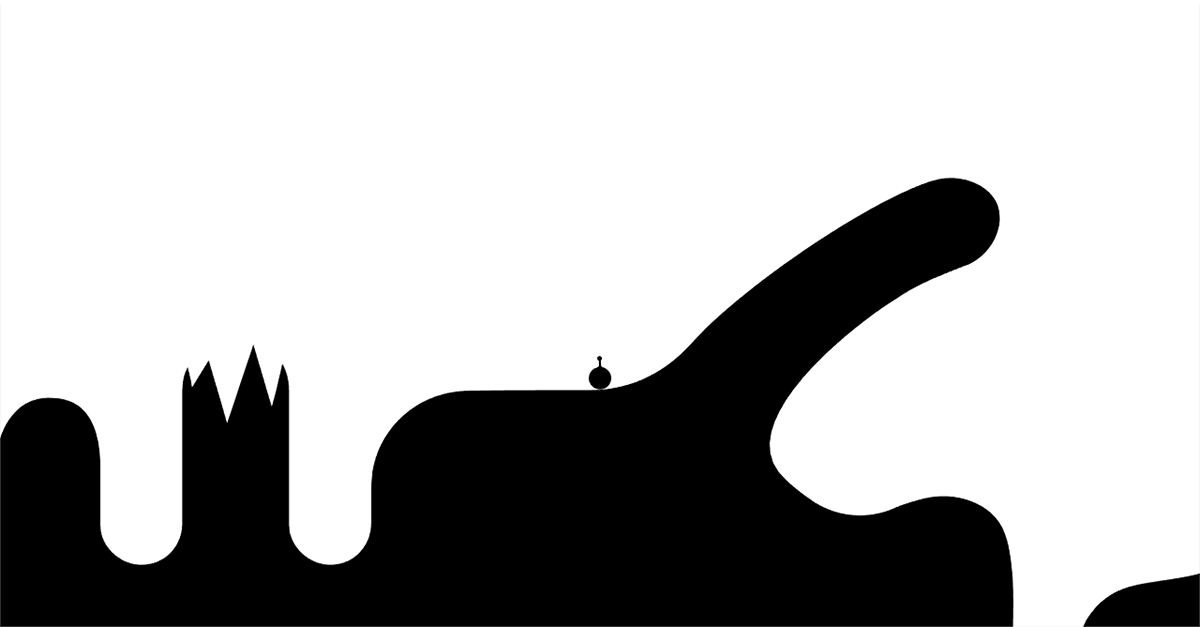 Second, we placed small collectable dots on the levels which have solved several problems at once: 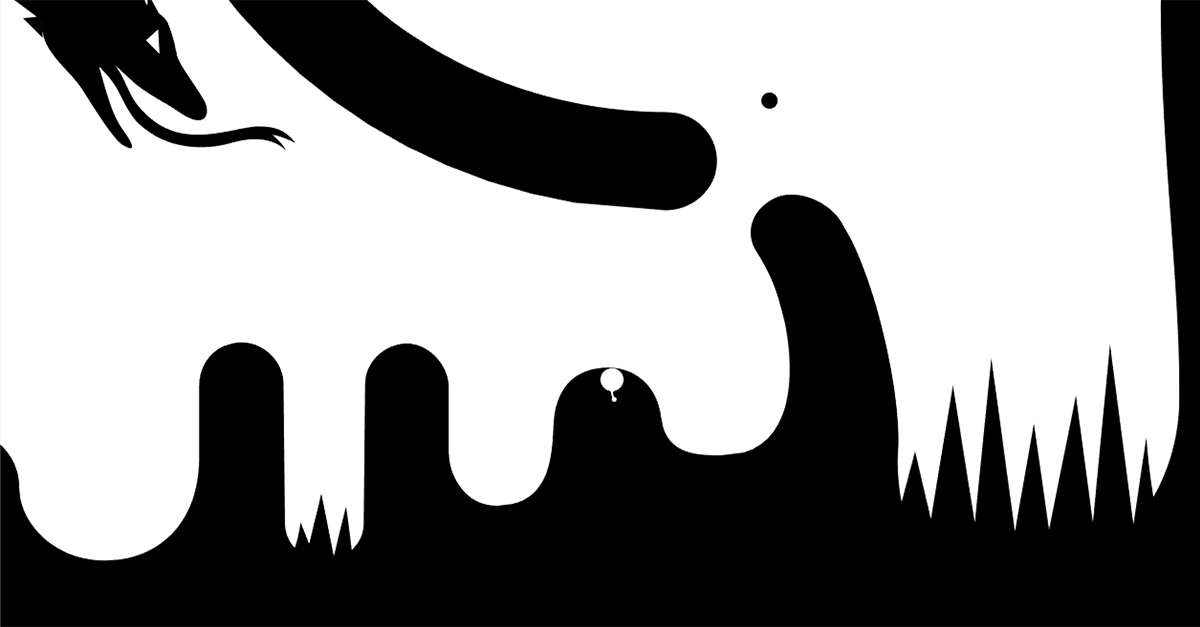 Tutorial.
We really wanted to give the player a chance to explore the game and to understand its mechanics with a trial and error method. We didn’t want to devoid the player of the profound feeling of discovering how the world works.
But what do we do with those who prefer clear explanation to self experimentations?
The article Tutorials: Learning to Play in which players were divided into two categories: researchers and theorists, helped us to understand how to make a tutorial.

We wanted to make the experience enjoyable for both types so we've added a tutorial in a form of optional hints. The hints are only shown in a certain places in the beginning of the game which we've found to be difficult for new players. The hints are optionals and appears only if players died several times. Hint can be easily ignored by the players who prefer to explore things themselves.

Interface.
We made the interface a part of the gameplay. The whole game is filled with riddles and mythical motifs, so we decided to make the level selector as a tibetan radial circle - spiritual and ritual symbol or Mandala. 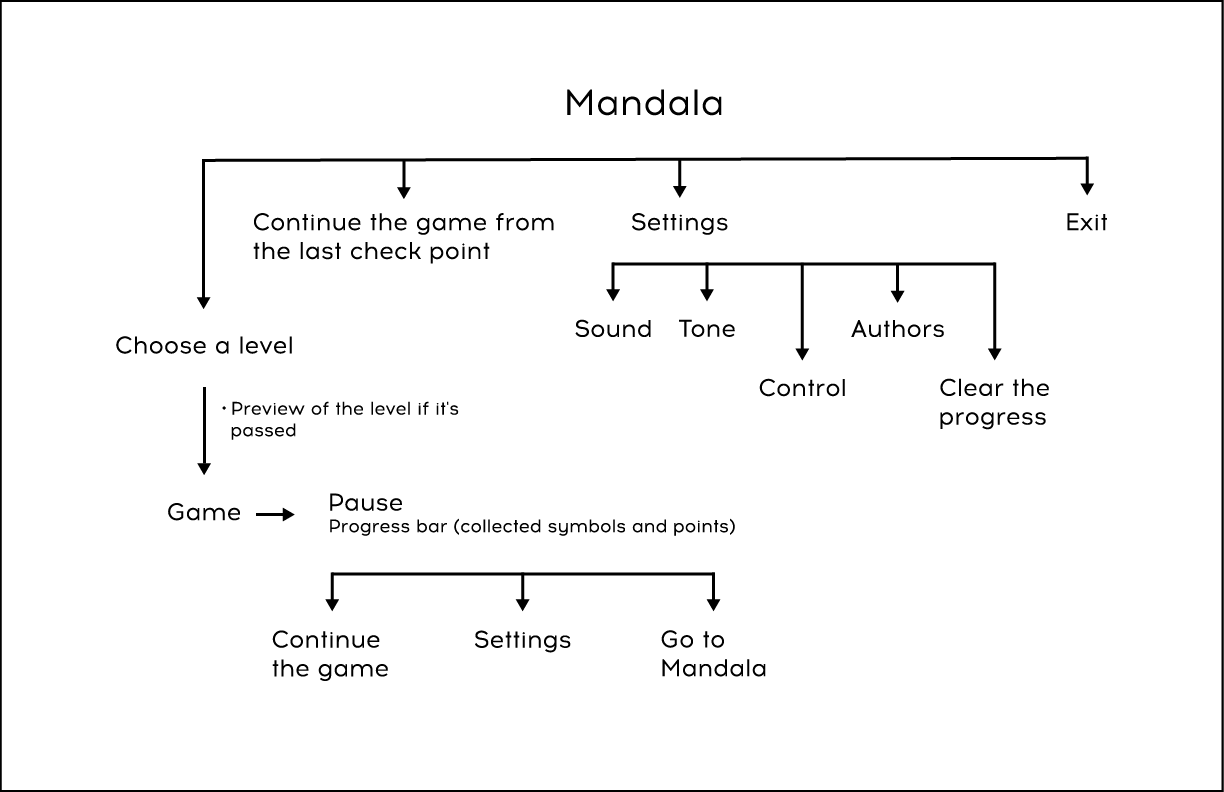 After entering settings section the player can see symbols of loud and tone, control options, authors (titles) and progress reset. Tone can be changed from colder to warmer. This was made to mitigate the sharp contrast of black and white so people can play comfortably at the night time.

This is the settings section: 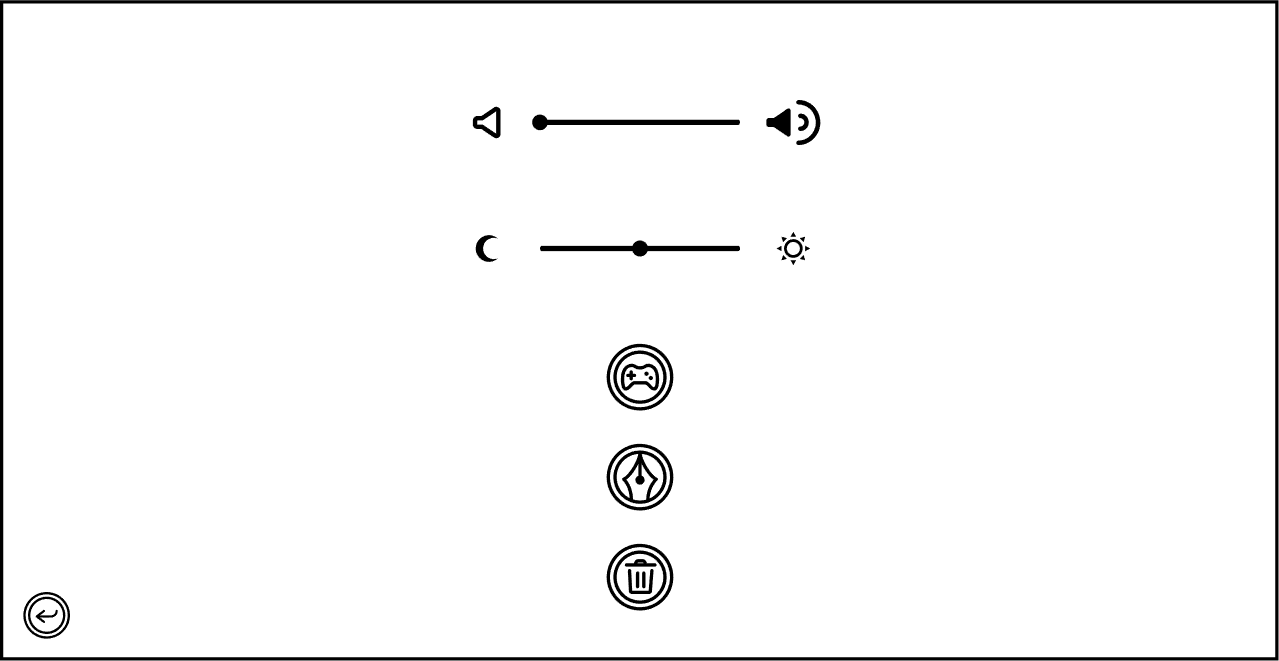 And this is options of tone:

By pressing on the symbol "control options", the player can see the image of a keyboard and gamepad and a disjunction symbol (“or”): 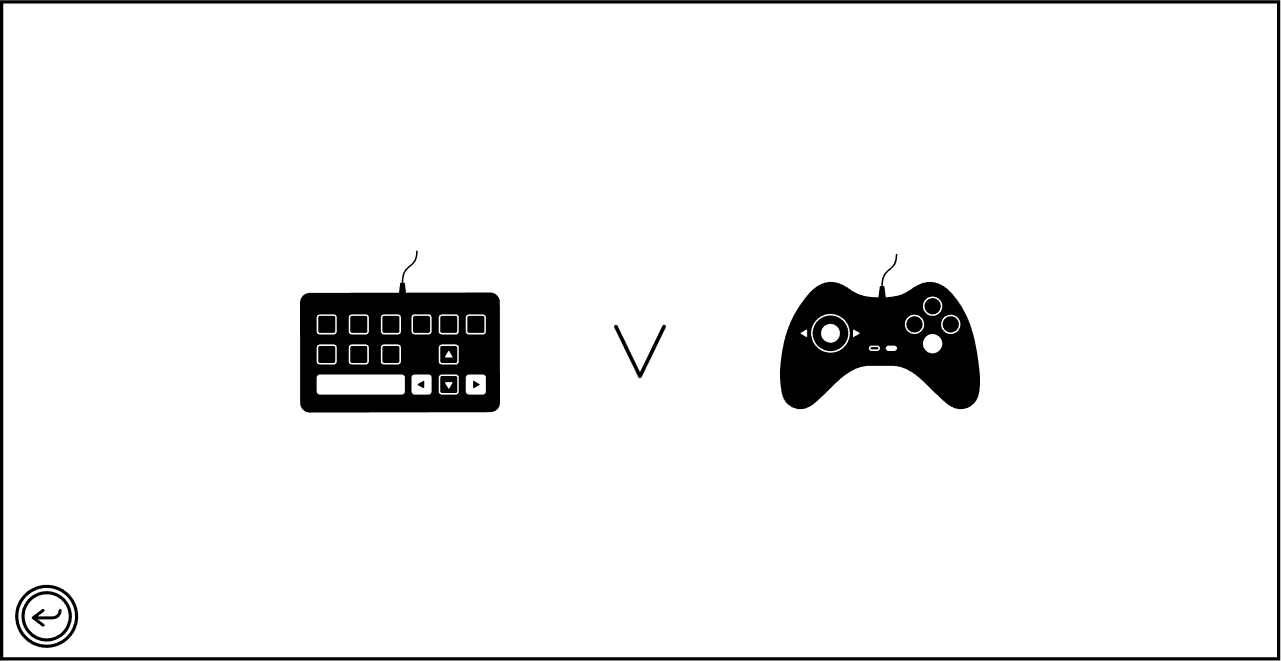 We were faced with a difficult task of creating an easy to understand symbol of resetting the game progress. It is a really important and also dangerous function in the menu because if a player misunderstands the meaning of this button and resets the progress of the game unintentionally he or she will be very frustrated. That’s why the first screen is letting the player know what he or she is about to do and the second screen confirms if the player really wants to reset the game progress.

In-game settings.
During the game the players can open the menu, where they can change the game settings, continue playing or exit to Mandala. Also they can see the progress through the level. 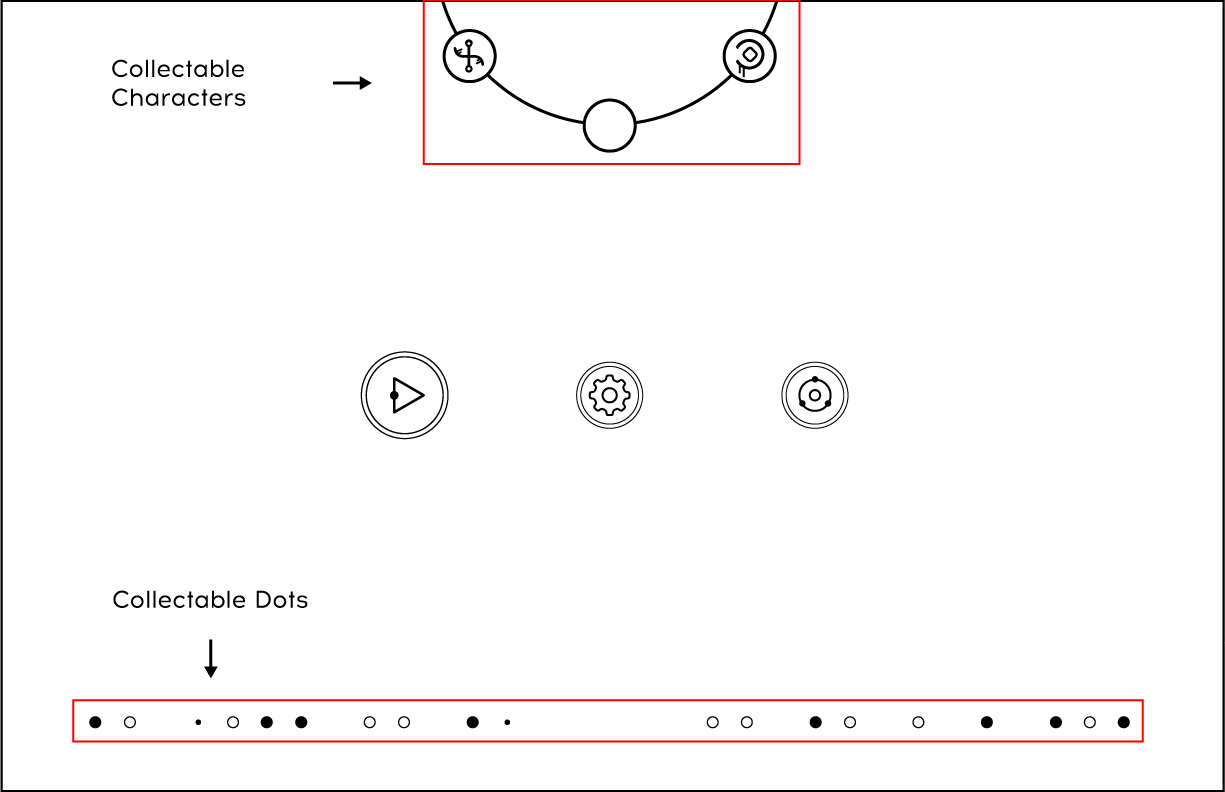 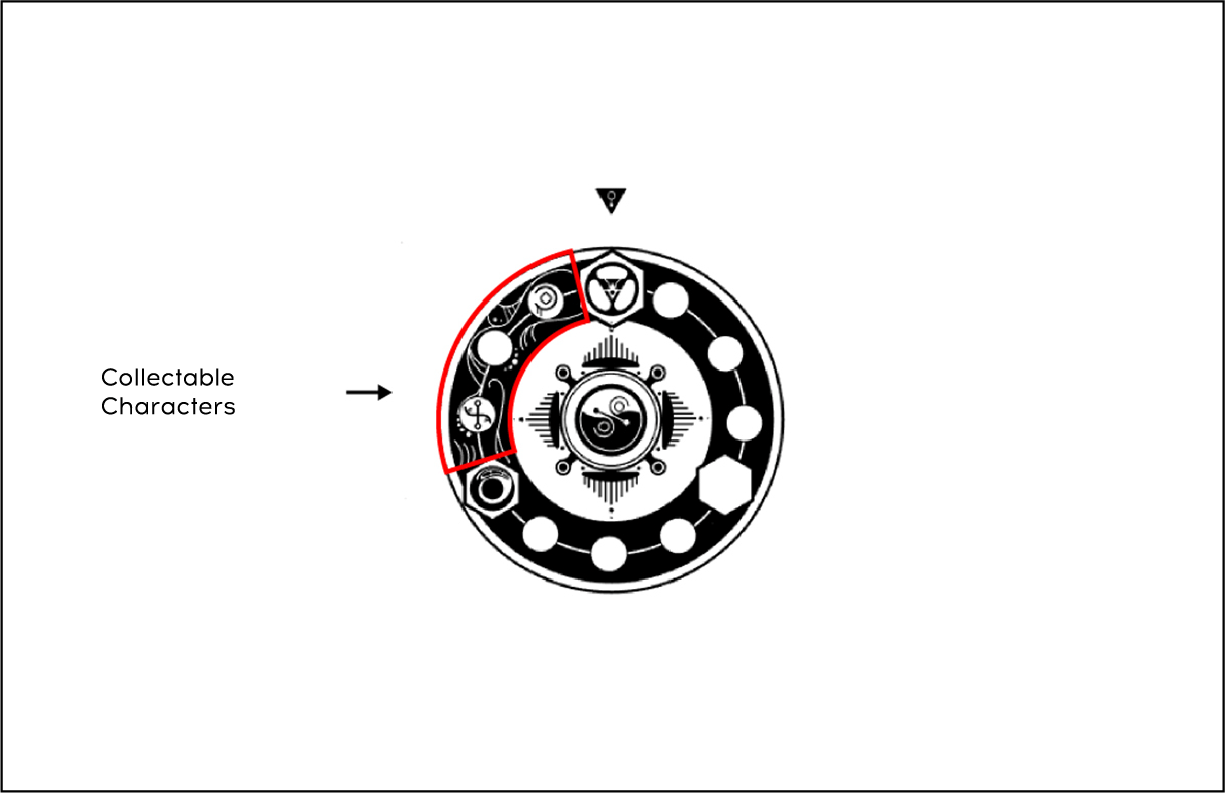 Player can see information about collected dots on the preview of the level and in the menu of each level. 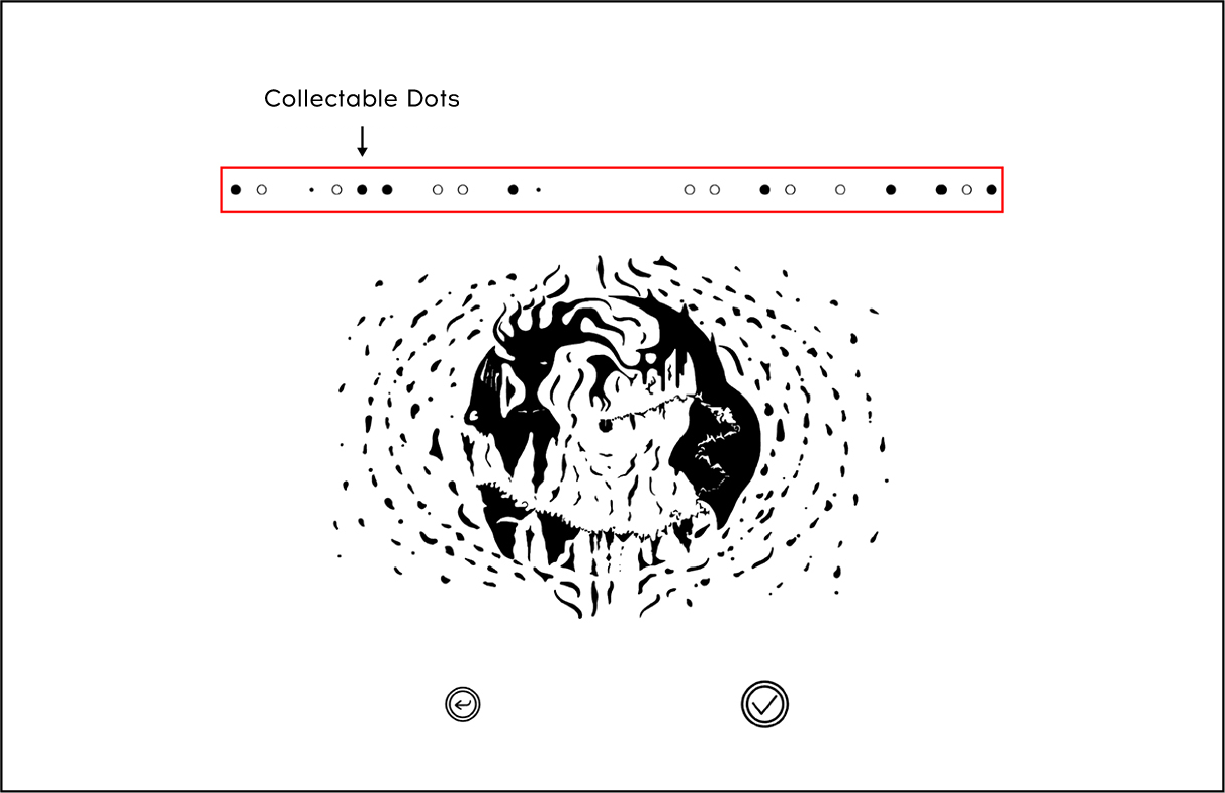 In conclusion, I want to say that the creation of a silent game and communication with a player without words was an exciting practice. Now we are working on a mobile version of the game, so we need to make the game even more understandable. After such restrictions, communicating with the player in the usual ways seems like an easy task, even if you need to explain something complicated.

Well that's it folks! I hope this post was useful and if you have any question, please write me. Also you can try our free demo and tell us your feeling from it.

Or try it on Steam.
Thanks for your time!