Spent a few weeks finishing off a few more areas in my level Styx for Off Limits.

A lot has happened since my last update, after posting the construction site development video I went back to finish it as it was the last spawn point area I needed for a first layout that we could start playtesting with. Once that was done I moved on to the last building that has game play in it which is located on the other side of the construction site. This area is designed for cover when attacking the construction site. I reused a lot of the lobby assets to build this area but still tried to make it look unique from the other lobby by creating a few quick individual objects such as the ceiling lights, pillars and a pool table. I also updated the old arcade machine we had in our props list and used it for the lounge area.

We had a small 2on2 playtest last weekend which obviously isn't enough players, but it allowed me to have a first quick glance of how the map played. Performance wise, it runs smooth so far, fps can be a bit low on some machines but it should still be high enough for smooth game play. There was an issue that was bugging me for months that I feared would be a design flaw, and after this quick playtest my fears were confirmed. I had to relocate the entrance into the train stations and rotate the interiors on both sides by 90° to create a smooth game path leading up to the elevated train station and it's central spawn point. This shaved a few days extra off my schedule but it was a much needed fix to guarantee the best game play for this level.

The first few shots mainly show the construction site, but also in the background you can see the newly added Carter Hotel building. 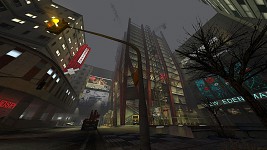 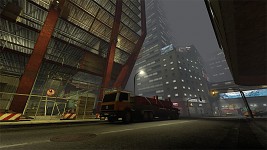 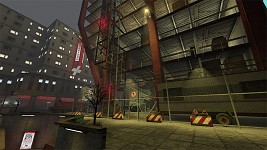 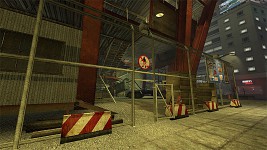 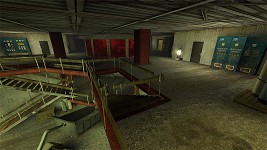 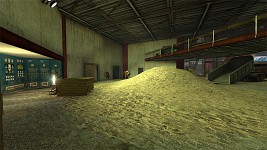 The next two shots show the new entrance to the train station sections which now are directly placed next to both spawn areas Construction site and Lobby. This should make for a much smoother flow towards the upper mid spawn and create an interesting first battle for mid. 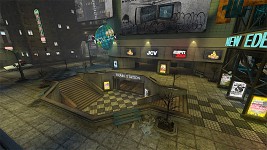 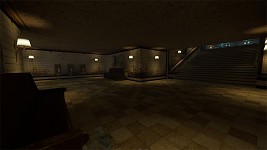 The last set of images show the interior of the Carter Hotel building which is mainly build as cover area while attacking the Construction site. 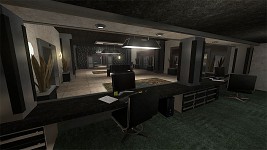 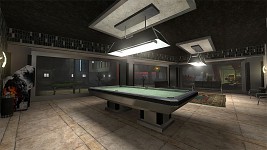 This week I plan to finish the remaining few areas and start polishing the items on my final "todo" checklist. So in other words I hope to have this level final within the next two weeks.

I also created forums here on moddb which show our changelists for each playtest we had since we started. It shows a lot of the fixes done by code/mapping and game play and how much work goes into it for those interested. I hope soon we'll be reading your feedback and bug posts on there once we release!

This mapping is right up there next to Zeitgeist. It's absolutely amazing. This deserves more compliments.

Indeed. Its incredible how Source still throwing some awesome graphics, blessed be the Quake heritage ; )

Could not agree more - Awesome mapping.

I agree, yet at the same time, I say that Nuclear Dawn still tops Zeitgeist.

Incredible mapping skill you've got there... like some of the best mapping I've ever seen in a source mod. In the top 2 for sure... caught my eye right away after I saw this was source I had to check out your post. I'd really be interested in this when it's out. The environment and atmosphere... that's really what immerses you into games, and you sir, are doing a fantastic job so far. I'll be following this.