This article is to teach the target audience of TCW how things used to be before they're beloved show came along.

Why am I posting this? Because I want to inform the ill-informed of how things used to be. Since TCW, the Rise of the Empire era has become twisted and misshaped into something barely recognizable from what us older Star Wars fans grew up with and previously knew about the clone war.

These next few excerpts are from Star Wars: The New Essential Guide to Chronology. A source book that compiled every Star Wars Comic, Novel, TV Series, and Video game ever published into a concise timeline. The book was published shortly before the TCW movie and TV series aired.

Make no mistake, I fully recognize that all these events have been reticonned and are no longer true (though I wish they weren't). The 3 biggest controversial subjects that TCW has steamrolled over as if they hadn't been written about before are the origins of the Dathomirian Witches (apparently TCW added zabracks to Dathomir's population too which is completely bogus), Darth Maul's origins, and the Mandalorian culture during the clone war.

so without further adieu, TCW fans, I give you how things went down when we were your age: 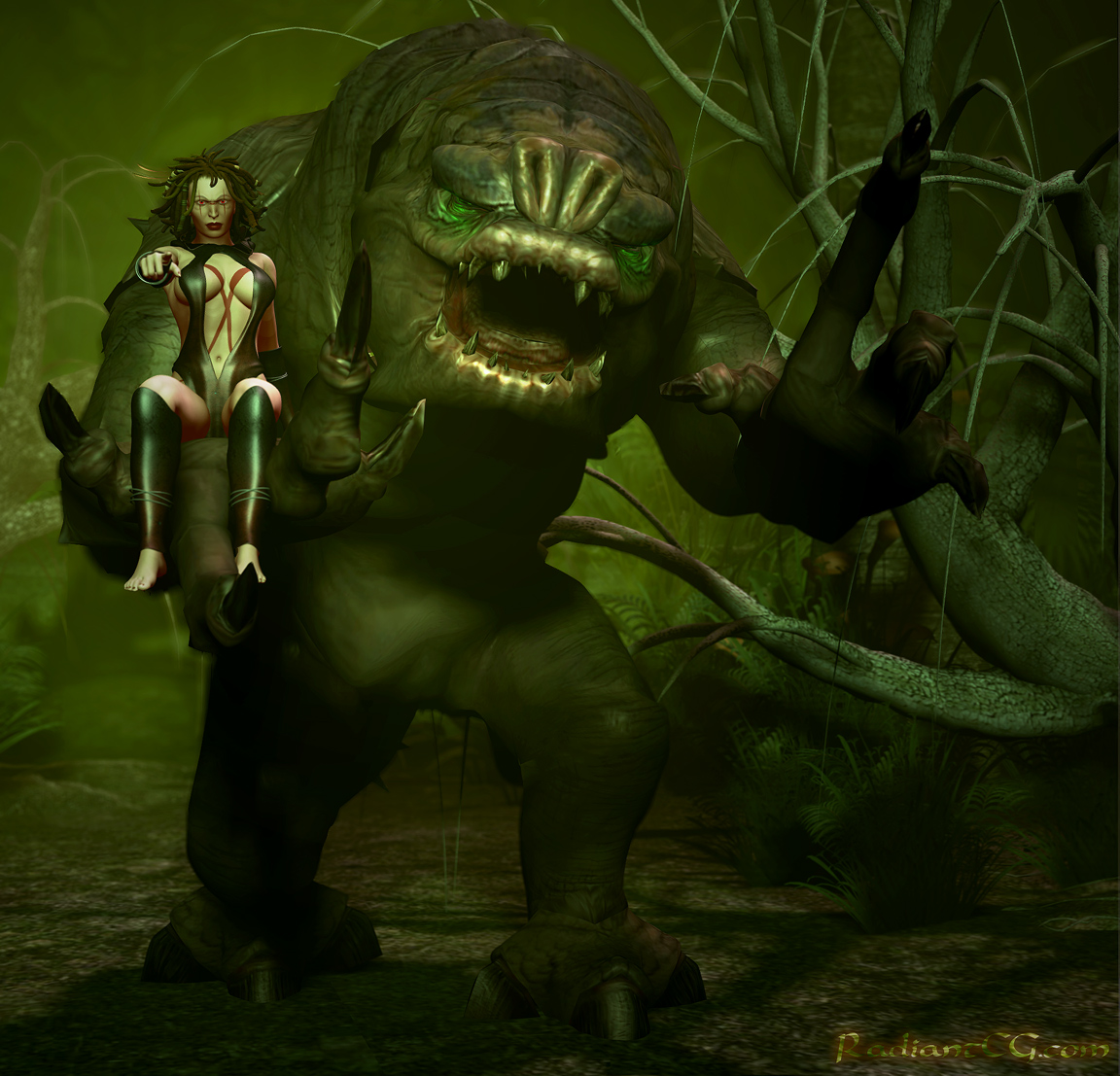 "Approximately 600 BBY, a fallen Jedi named
Allya was exiled to the savage forests of Dathomir, a rugged planet which had long served as a prison colony for the republic's worst criminals. Allya used the force to subjugate the other prisoners and to tame feral Rancors. Over time, Allya had many daughters, all of whom she taught to use the force. A female dominant society eventually took shape, led by "witches" who viewed the
force as a form of atavistic magic." (Wallace, 32. An excerpt from Star Wars: The New Essential Guide to Chronology). They remained this way for much of The Clone War. A society of female dominant humans no zabracks. of course that's all changed now. 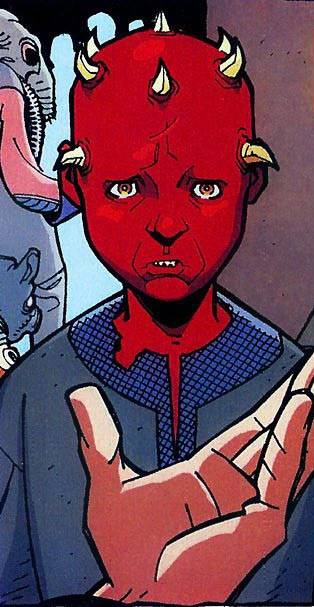 "In keeping with the sith rule, Sidious accelerated the training of his own pet project, the Zabrak child called Maul. Unknown to Plagueis, Sidious had taken the Zabrack child from his home world of Iridonia and, in a dark reflection of the Jedi order's own raining methods, began tutoring maul in the art of cruelty and manipulation." (Wallace,32). So as you can see, for years it was commonly believed that Maul hailed from the Zabrack home world of Iridonia, but now that has all changed.

Last but sure as hell not least, Of The Mighty Mandalorians:

"The Battle of Galidraan marked the end of the Mandalorian civil war, a conflict between the true Mandalorians and the Mandalorian deathwatch that had been sizzling for over a quarter century. Following the Mandalorian genocide of the Ithullans a century and a half earlier, some clan members had expressed a desire to shed the amoral ways of the "Mandalorian Mercs". Eventually, the charismatic Jaster Mereel came to lead the clans as Mandalore, and set down an idealistic code of conduct in the Supercommando Codex. A Mandalorian named Tor Visla attracted followers fond of the old ways, who then formed the Deathwatch faction. Armed conflict broke out in 60BBY.

Visla succeeded in killing Jaster Mereel, but Mereel's role as leader of the True Mandalorians was filled by Jango Fett. After decades of infighting, Galidraan was to be the end of the Deathwatch but instead it proved to be the end of 4 thousand years of Mandalorian dominance.

The governor of Galidraan informed Jango Fett that he would give up Visla's position if Jango's troops terminated a group of local rebels. They did so, only to learn that the governor and the deathwatch
had set Jango up. Protesting to the Republic that the True Mandalorians had slaughtered innocents, the governor called in a Jedi peacekeeping force led by Master Dooku and his Padawan, Komari Vosa. The Mandalorian army fought to the last man; only Jango Fett survives, to become prisoner to slavers. The once Great Mandalorian Power had been forever gutted. Besides Jango, Only Visla and a few surviving members of the Deathwatch remained active in the galaxy, while a small regiment of troopers remained on Mandalore as home guard." (Wallace, 34-35).

Now, as to what happened with Mandalore during the clone war in the old timeline, we must look at Alpha-02 (AKA Mandalore the Resurrector): 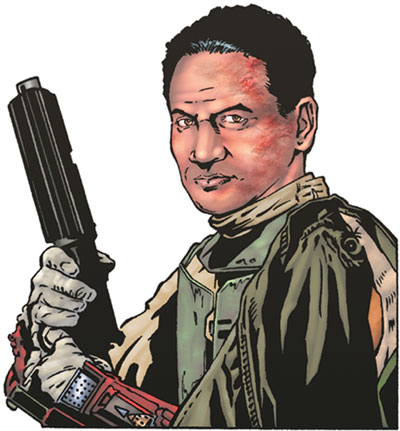 “Elsewhere, the Mandalorians staged an unlikely resurrection following their decimation in the Battle of Galidraan. Alpha-02, an aberrant Kaminoan clone of Jango Fett, became obsessed with rebuilding the clans and recruited two hundred soldiers from the police units on Mandalore along with former members of the Deathwatch. These new Supercommandos comprised the Mandalorian Protectors, and they struck against the Republic at Null, Kamino, and New Bornalex. . Following many bloody
battles, only 2 recruits remained- Tobbi Dala and Fenn Shysa, Both of whom returned to Mandalore” (Wallace, 80).

That's all I have to say really. This article is not to spawn a debate but rather to inform how things used to be in the Star Wars Expanded Universe. Am I asking you to accept my philosophy on the clone war over TCW's? No absolutely not. All I ask is that you respect where your beloved show came from, because your beloved show has showed time and time again that it certainly does not respect where it came from.

Finally, a listing of my grievances against the TCW presented in a non-inflammatory way. You have NO idea how long I've been looking for something like this.

tried to be as unbiased as possible. if you guys deem it good enough, print it out, mail it and send it to the fellows at lucasfilm

and don't forget these are just the big 3, there are many more but these are the most damaging.

kikoo we are the mandalorian, peace and love bro's :troll:

Seriously, Maul is an iridonian, Ventress a Rattataki and the Dathomirian are dominant female with HAIRS with rancors and not bald warriors with an old grandma who likes voodoo.. They totally raped everything

Some facts are off it seems.

Now it is not really a good story but I did like the restoration of Mandalorian power, it was very nicely covered by the Essential Guide to Warfare.

how are the facts off? I used direct quotes to source, no paraphrasing. I had the book on my lap as I was typing. You have to remember that the source I'm using for the old timeline was published before TCW. I'm using the old timeline as a comparison to the new.

the entire article is saying "this is how it used to be, this is how **** went down before TCW came along and ruined everything and made Mandalorians a bunch of pussies"

"Seems" meaning I could be incorrect, I did not see you referring to the Mandalorian Excision. Which I find somewhat a pity.

Regardless, carry on with your crusade for the restoration of old canon!

im not trying to restore it, im trying to spread awareness of what TCW is doing to the timeline. the name of the group was decided on by the members in a vote.

Well seeing as how it led to the events portrayed in TCW it offers a full view of the event.

you must forgive me, i refused to watch season five to avoid loosing more hope in humanity. the New Essential Guide to chronology covers events similar to the mandaloran excision but from reading the wookieepedia article it leads me to believe that was changed as well.

so now Gilidraan has been reticonned. excellent. yet another casualty of TCW's rampage on the timeline. im beginning to loose more and more confidence with this franchise now. gone are the days of the badass mandalorians.

now i mus ask, what of Tobbi Dala and Fenn shysa are they gone too? does this effect not just the mandalorans during the clone war but also the rest of expanded universe? if so thats a huge deal.

Actually it was not covered by TCW at all, a bit referenced but nothing more. From what I have seen they have done their best to modify, adapt or otherwise integrate the existing Mandalorian stories.

Its not pretty but it works I guess.

TCW butchered the Mandalorians and how they fight, I was disgusted when I saw some combat techniques.

oh alright then. hahaha, i lost a little sleep last night over that.

and they butchered the mandalorians in general. they only reason why they're trying so hard to integrate them now is because hey realized "oh ****, we made a huge mistake and ****** off thousands of people"

Oh lol, sorry for the loss of sleep.

My dreams were filled with awesome Mandalorians blowing stuff up, I really would love a Mandalorian movie. Hopefully one of the upcoming episodes will have a bunch of Mandalorians just being awesome.

You should do an article on what the fans would like to see in the next movies and what they should not do.

well when they do the boba fett spin-off movie theyle have a perfect opportunity to portray him as destined to be Mandalore, and eventually becomes the great unsung hero of the Yuuzahn Vong war.

I could accept the first two with ease as there isn't much about witches and Maul is simply merging old details together, but the mandalorians bit is unacceptable. Primarily because the changes to Mandalore in TCW led to the cancellation of the last book in Karen Traviss' Republic Commando book series.

the way I see what TCW did to the mandos is this: it means nothing as it completely contradicts earlier material. Ignore it. it's ********.

That is in Mando'a. An entire language (or what Traviss made it) tossed out. If anyone thinks that is OK, they should not be in charge of Star Wars.

The idea of bringing Maul back was the worst thing Lucas could have ever done. Even he should know not to give in to people who don't even know enough about Star Wars to tell the Fetts apart.

Dathomir and Witches had a good thing going, until Lucas put Ventress into it, and decided to change the environment of Dathomir completely (red atmosphere, etc.)

Just when I thought that the Mandalorians in the series couldn't have gotten worse, the return of Darth Maul made him conquer the planet. I know that someone had to get Star Wars out of his hands at that point, but Disney just isn't fit for Star Wars if it thinks that any of these ideas are OK.