Yup, finally another update. I'm really busy these days, college tasks and exams are really killing me, and I got to work on Recolonize stories. And I see the NProject Mod 2.7 is way too big above my prediction.

Well, here's the list of the NProject Mod current build I have. You will see why I see it's too big. The list still increasing 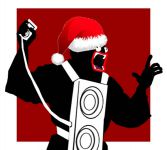 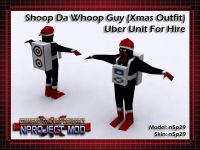 A brand new uber unit for hire. With a good mix of sounds and memes... in Christmas outfit!
This gigantic inhuman being with over 9000 power level that come from nowhere born from randomness. Walking and dancing around with his huge iPod and speaker box while Firin Mah Lazor. You really don't want to see this thing coming to your base. WARNING: Killing him will triggering rickroll!

You can see this unit in action on this video:

This Unit will be available on NProject Mod 2.7 as worldbuilder easter egg, and also on public release of n5p29 GRANS Minimod entry if you don't want to wait.

Here's another gift from me. NProject Mod Christmas Wallpaper. (you can use it for greetings by putting a text on the empty space on the below part if you want) 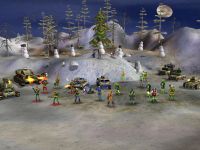 You guys know that this "Shoop Da Whoop" thing is in some circels seen as a racistic caricature for africans?

i know that it has it origins in DB but to ignore all this racistic stuff that was gathered around the "shoop da whoop" guy is .... i dont know stupid and/or racistic!

That unit is created for fun only, no racistic or provocative means. So there's nothing to taken up seriously.
If you don't like it, you can just ignore it.