An early update this time. Nothing really ground breaking. But still a nice update. So enjoy ,I hope. We're still going strong. 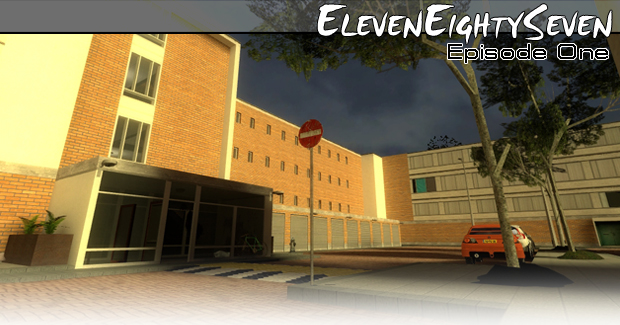 Yet again a new update.

I'll start this one by saying that I'm still not 100% sure we can make the December release. Next i'll be showing you a more polished-up verion of the first map. I tweaked the HDR settings and tried to touch up some textures. 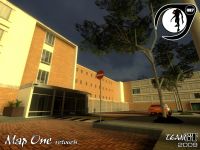 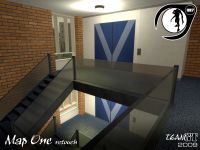 Next up is the Glock being replaced by a Baretta. Dave made the model and the skin plus all the new animations. It looks gorgious. 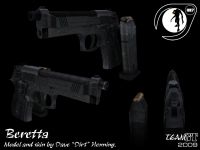 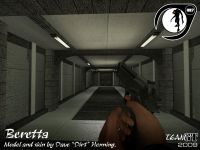 As you can see there is also anew hand skin.
The crashCourse has been entirely remade. I had a different version before, but had to redo it, this one better suits it's purpose. The CrashCourse map shows you all the new features while being instructed by John personally. 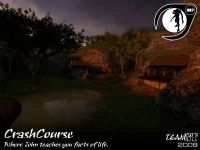 Dec has added a whole bunch of new features, which with Robert, Dave and my own help, pulled them off.

First we have all new weapon animations. Dave has redone all the standard animations and more. I can't say much but it's fun to pistol whip zombies... Then Dec and Dave added a melee system. now you no longer need a crowbar to melee attack an enemy. You can just use your weapon instead.

And then there's John's new "response system" It's a really cool system that makes John say random stuff depending on what he does. He may comment on what he sees or shoots, or what you the player is doing. John's response system can be expected a to get bit repetitive, but we're making sure it never gets old.
The way it already is incoporated with the scenes or the type of enemies he battles at any given moment in time it triggers an array of different responses. So the system has already been implemented, it's fun and we're still fine-tuning it.
I'm still debating what kind of trailer to promote, maybe show the crashcourse, I'm not sure. Anyway, a Video is to be expected sometime soon.
.
So yeah I leave you with some more screenshots, enjoy. 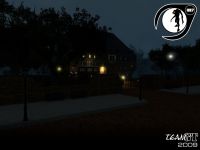 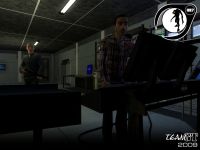 The maps are looking very good and you have some very nice prop models to. love the cars

Thank you. We all poured a lot of hard work into this. I'm very proud of the outcome so far.

did you guys also ask permission for those props?
example would be the tree with vines on it in "crash cource" and the outher trees?

btw this is looking preety good :D
cant wait till i can play it :*(

don't worry about the props, nor credits. they're taken care off.
Thanks for the feedback, glad you like it.

The update couldn't be without your help mate ;)

Whew, glad we got this update rolled out! Hope you all enjoy!

All that time spent working turned out to be excellent.

Hehe, thank you. Yeah we all grew quite a lot. It'll benefit future episodes no doubt. :)

Oh, I like that Mitsubishi Eclipse on the first pic.

hmm it's supposed to be a civic. I'm a car illiterate so I don't know if they even look alike or not XD

Thanks, I spend quite some time on it. :D

Fantastic !! You just keep doing what your doing and you'll see a very large and very happy group of player here.We can Hold out past Dec.if we have to.This is worth the wait. Keep it up !

Glad to hear you think so.
Yeah we take our time and make sure everything works, before we do release. The wait shouldn't be very much longer from here on. :D

Thanks man. Yeah I'm proud of the teamwork :D

thnx, Hope you'll love the game as well when it's out :)

Glad you think so. :D

this is freakn awesome!

thank mate, glad you think so !!

Well this is looking good, lets hope it will be as fun to play as it is to look at.

Aye sir. I hope people will like it too. I'm making sure that I have fun while playing it, and that the rest of the team has fun as well. Since we all have a blast I'm sure a lot of gamers out there will have a great time playing the mod as well.

Thanks man, very much apreciated :D

I still need to learn french one of these days ;P

Woah we got mentioned somewhere? Sweet.