Buckle up, this is gonna be one hell of an adventure!

The most important aspect in Blades of Orterra is the combat, and that's exactly what we've been working on this month:

The combat in Blades of Orterra is inspired by Dark Souls, Mordhau, and a few other games and mods. As we develop the combat system we’re experimenting with different mechanics and ideas in order to make it as fun as possible.

Players can switch between 3 Stances at any time by pressing Q (keybinds can be changed in the Settings). Each stance has unique traits, but all weapons can be used with any of the 3 Stances.

The Stances and their traits are listed below:

There are three ways to defend against attacks. Each uses up stamina and has different effects:

Dodging grants a split-second of invincibility and moves your character, which can allow you to find a better strategic position. Blocking stops stamina regeneration, uses up stamina each time you're hit, and decreases your movement speed, but will completely defend against attacks. Parrying is trickier; it requires that you parry at the exact time that you're about to be hit. An unsuccessful parry will leave you unable to do anything for about a second, but a well-timed parry will immediately stagger the enemy, giving you time to make a counter attack or create some breathing room.

We've made some progress on the First Kingdom of Orterra. While we can't show the progress just yet, here's two small sneak-peeks of Concept Art from which our Kingdom is being built from: 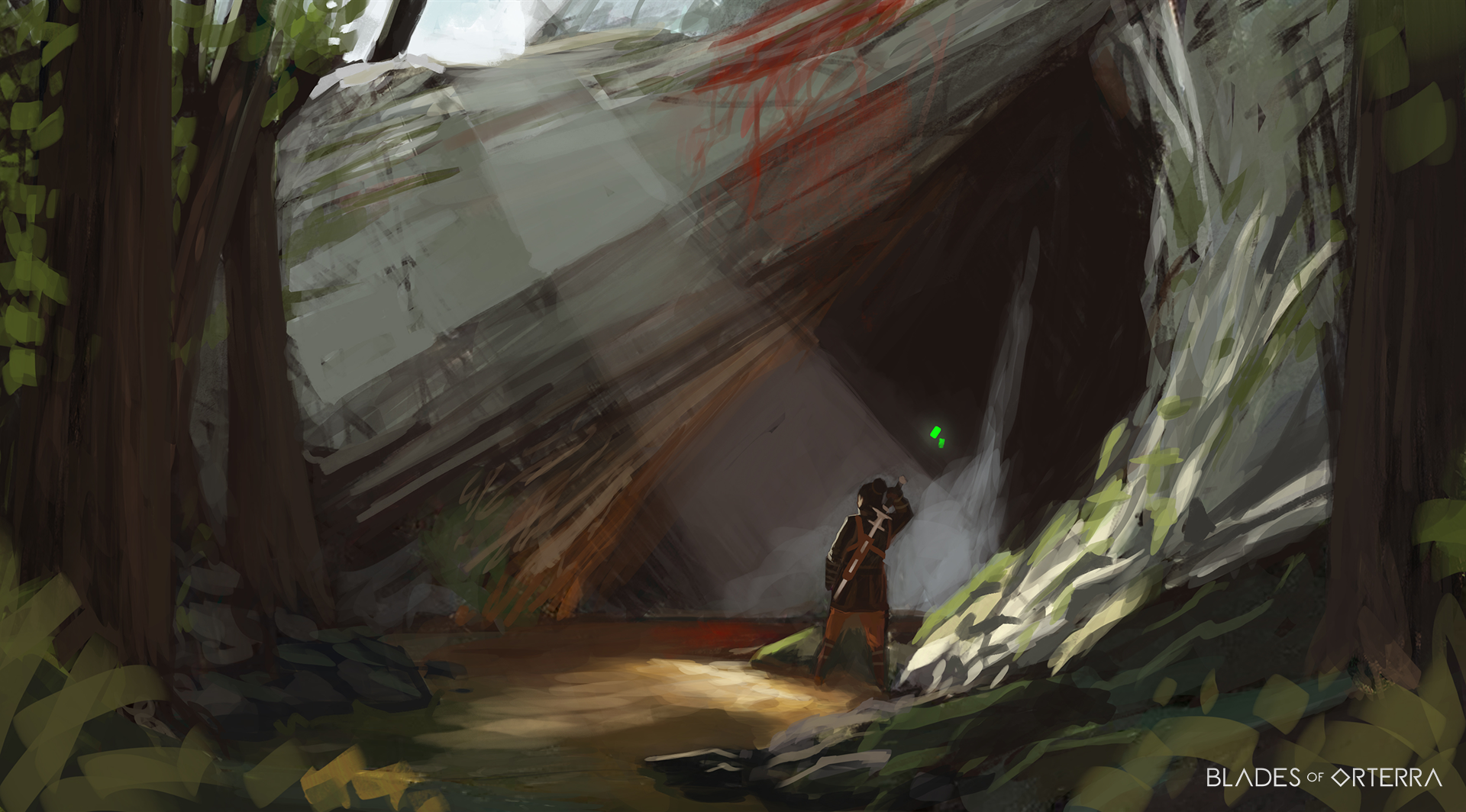 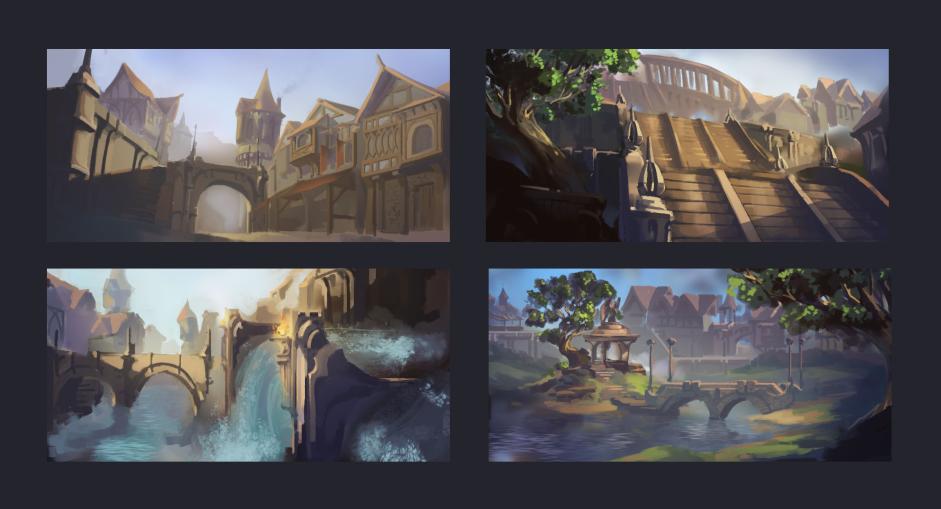 The Combat Module has a Loadout Selection screen that appears at the start of every round.

The player can choose from: 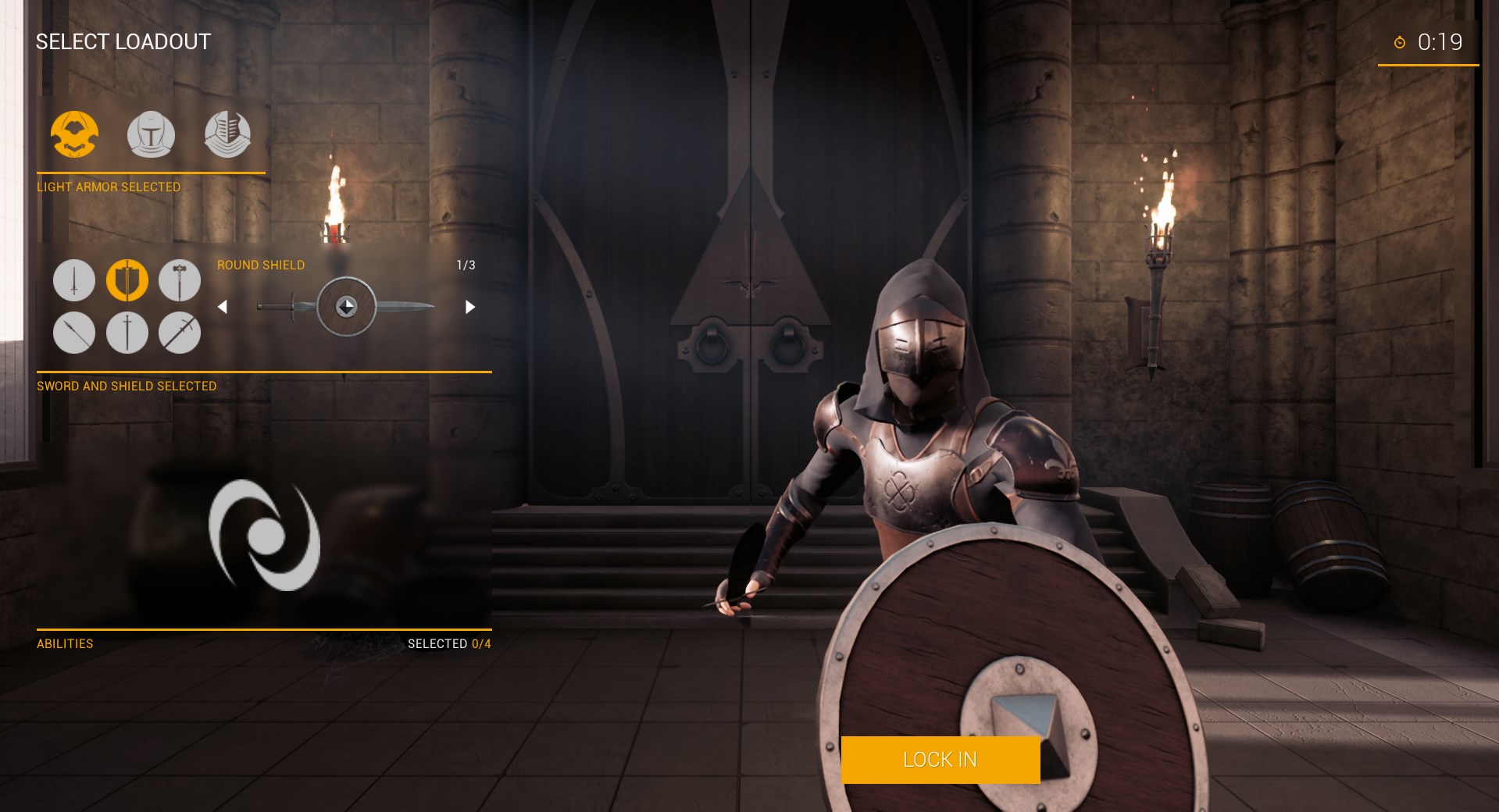 Jacob Parise is another new artist on our team. He's on board helping out with the 3D side of the game. His work will be this month's WIP show-off, the Godsend Stones: 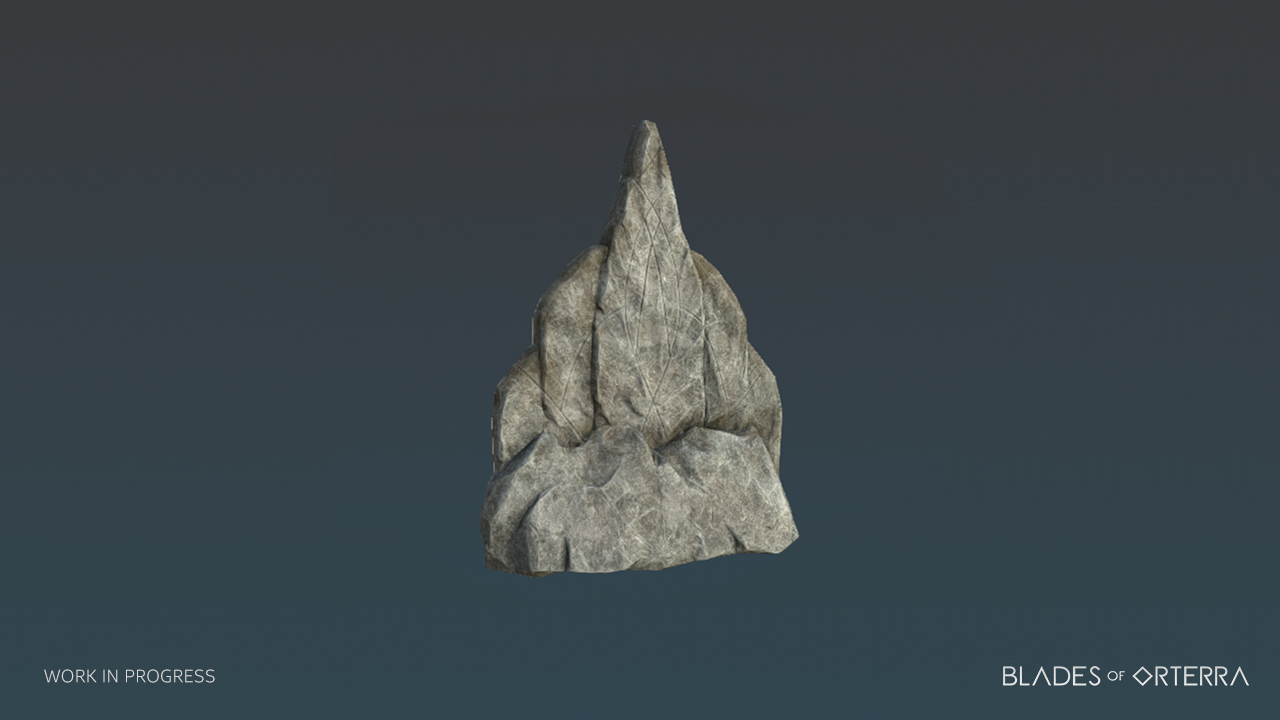 The godsend system refers to a set of stones that grant the player a small passive bonus when activated. Only one of these stones can be activated at a time, and the buff received from activating these stones cannot be removed unless swapped with another stone’s bonus. Each Kingdom has a single stone that provides a unique benefit to the player. These stones are difficult to locate, but are typically discovered in a very scenic location.

Indie of the Year

Indie of the Year is finally here, if you enjoyed this devblog and enjoy watching the development of the game, feel free to vote for us, it only takes one click!

2017 Indie of the Year Awards via Indie DB

Thanks for reading this month's developer update, see you in the next one!