Blades of Orterra is a sizeable indie game that aims to bring new MMO perspectives to life inspired by the Japanese anime series Sword Art Online. While Blades of Orterra is not an MMO, the project will aim to create an immersive and interactive environment that will allow for smaller, player-hosted servers to be created.

For those who are unfamiliar with the popular TV series, Sword Art Online is a game concept that follows a typical medieval fantasy MMO structure, but with two large differences. The first of which is the limitations of combat. Players in the game can only wield melee weapons, mainly focusing on a variety of swords and sword types. This creates a more intimate fight where players must be up close and personal with mobs and other users to engage in combat. The second large difference is the Floor system. The floating castle Aincrad in which Sword Art Online takes placed is comprised of 100 circular floors, each with a huge diameter and a stylized theme. These floors often feature one or two biomes and are sometimes repeated throughout the floors. Certain floors may have a more ancient medieval feel, while others may have a modern or futuristic touch. The overall art is meant to be bright, vivid, and appealing to the eye. This inspiration is what Blades of Orterra hopes to manifest.

The short term goal of Blades of Orterra is to create a minimal viable product and finalized alpha gameplay. Building a video game is no easy undertaking and taking on a concept as large as Blades of Orterra is in its own category, but the developers believe that through efficient and refined workflow, open and transparent community interaction, and inspiration drawn from numerous sources, a sizeable sample of the game can be created.

Blades of Orterra attempts to focus on cutting redundant and useless aspects out of the gameplay in hopes to better focus on the refinement of the core gameplay mechanics. Long term goals for the project include Player vs. Player combat, a unique and Dynamic Skill Tree (through acquisition of the appropriate skill books), player/merchant vending, Player vs. Environment combat, open-world Exploration, and other MMO components that comprise what the devs and community envisions to be a fun and interesting game.

Overall, Blades of Orterra hopes to generate a game which can deliver stunning graphics, immersive interactions, invigorating combat, and an array of unique elements to create a truly unique and wondrous game.

Hello travelers, welcome to the Developer Update for March 2018!

It's been quite the busy month; we recently started work on our next milestone. We're going to talk about the compass, the task board, the emote/consumables wheels, and Origo's plaza. Let's get into it!

Task boards can be found in major cities and towns. Players can interact with the task board to find the latest Expeditions and Bounties.

Emotes can be accessed in a wheel menu that you can easily open up by holding a key. Simply select an emote from the list and you'll perform that action! The same wheel design is also used for the consumables menu. Players can assign their consumable items to the wheel and change it whenever they like, making the consumable wheel an easy way to drink/eat things quickly without having to open up your Inventory.

Behind The Scenes: Compass

Your compass is one of two tools for finding your way around Orterra. The game will not include a minimap nor will it show where you are on the world map, so you'll have to be aware of your surroundings and traverse the Kingdoms using your compass and landmarks in the world. 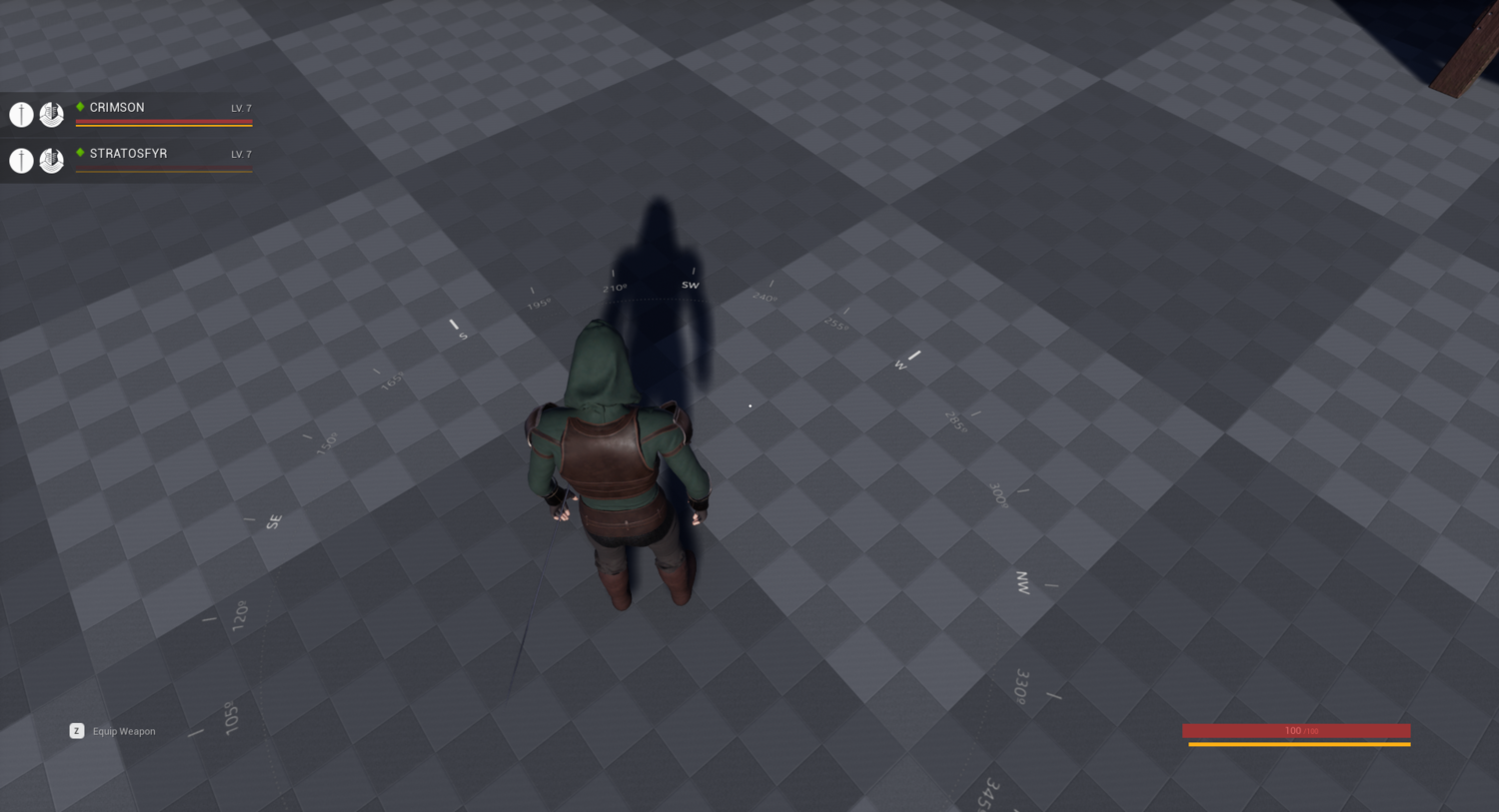 Behind The Scenes: Origo's Plaza

The main city in Blades of Orterra is Origo. As one of the biggest, grandest cities in the game, we want to do it justice. We've been working on the main plaza, which is the spawn point and starting area of the game. We're showing you the statue that stands in the center of the plaza. It's a work in progress (no textures at the moment), but let us know what you think! 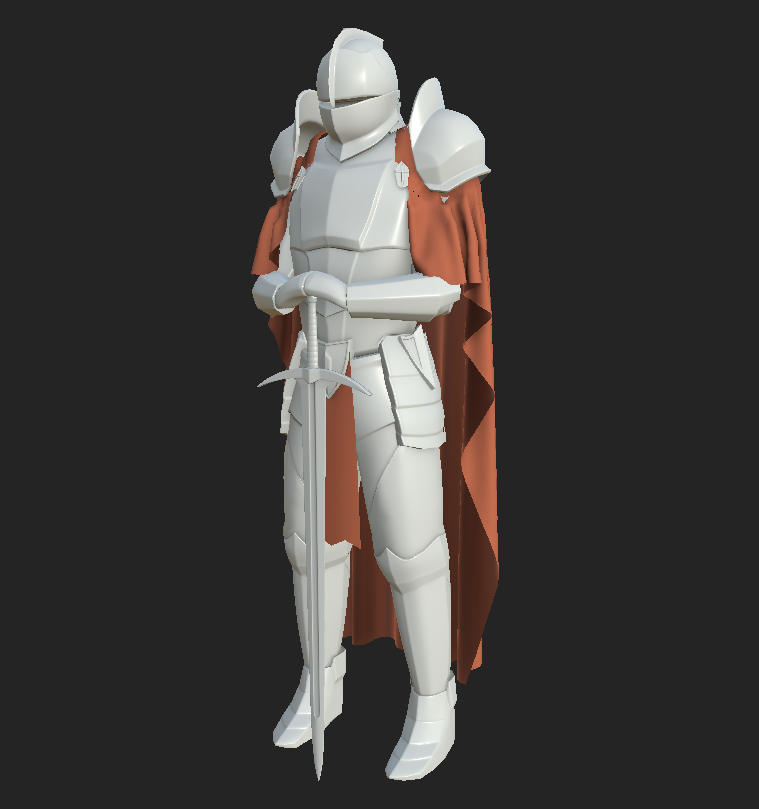 That's it for this month. We should have a lot more to show off next time, and we're super excited to reveal more of what we're working on!

Thanks for reading, we'll see you in the next one!

A new addition to the team, a bunch of updates to our Combat system, and much more in this month's developer update for Blades.

All of our weapons, current development schedule for our Combat System, Tavern Music, and our nearly finished Light Armour in this newest developer update...

Fight for the hall and claim the throne in Blades of Orterra.

Is this game still alive? I have noticed that Crimson Wingzz hasn't been doing dev streams for a while.

Been busy with some complications (visa stuff, I have to quickly find a dev job or go to school or else I'll have to leave the country), so I'm trying to manage all of this stuff, I'm planning on writing up a blog post talking about the situation and what we'll be doing in the months to come.

Sorry to hear about your visa issues.

I think an update is overdue and would go a long way to reassuring your followers.

Hi! I just saw this game and it looks great ! How does the programming proceed? Can we try it this year?

The Combat Demo will be released on the 28th of this month (February), keep your eye out on Steam!

Hopefully in the future when the game releases, we can change your mind. :)

Just out of curiosity, Will there be bots in the final game?

Hey Slender, what do you mean by bots? In the Combat Module or in the full game? :)

Sorry what I meant was, In full game will there be computer controlled players? like for example how in the game For Honor there are bots (AI players) that fill up the empty player slots if there is not enough real people in the match/server.

Oh I understand your question!

This is currently in our backlog once we start getting into full swing, we think a smart AI that acts like players would be a great way to add more life to the game. Potentially giving the feel of an MMO rather than small multiplayer servers; also adding onto the dangers of being in the wilderness in the game, we could have a percentage chance that those AI players may go red (or rogue essentially, becoming PKers).

ah nice, that sounds really cool, Thanks for answering ^^

Indie
Tags
Embed Buttons
Link to Blades of Orterra by selecting a button and using the embed code provided more...