Uncredited - Seven Hours of Hell is a Source Engine mod being developed by Rock-It Lawnchair Games. The mod takes place between Half-Life and Half-Life 2 during the Seven Hour War.

As our first news update, I'm happy to announce that Uncredited is going well. A lot of stuff like weapons and other stuff have been added to the mod. We've hit the part of our mod where story maps (not developer maps)are starting to be worked on. We're happy to announce that the new weapons in the mod will be a knife (butcher knife), a Glock 18C and a M4A1. 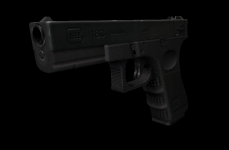 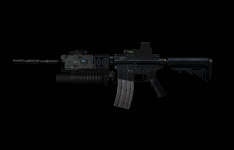 More information on the story will be announced soon but we will say that at the moment we have 8 planned chapters, so don't expect that this mod is only going to be 10 minutes long.

Just dropped by and saw this, i'll track the mod as it sounds and seem to be something pretty cool. Goodluck guys! :)

i am not sure what you mean with;
" We've hit the part of our mod where story maps (not developer maps)are starting to be worked on. "
what do you mean with story maps and developer maps if i may ask?
i am a experienced mapper myself but really don't see the difference between them, in fact, there is only one kind of maps when you ask me.
other then that, i will track you guys, to see were this leads.

I think they mean test maps, and maps going into the mod (:

Thanks for your comment Leon. By story maps, I mean maps that we are actually going to be using for the mod. Developer maps are maps we use to test out different things in our mod to make sure it works.