Here's one of the significant milestones of what we've been really looking for.

So this would be one of our important milestones, which is MiniMOD version 0.4.
We've been working on lots of different things and sometimes we got ourselves into confusion but here it is.


We're currently doing closed beta test of v0.4, and it is pretty possible that there are going to be v0.4 within a month.
Today we are showing you some of the new things seen in the next version. 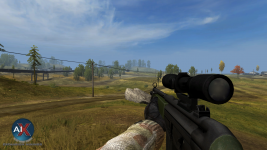 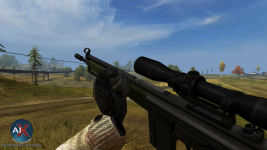 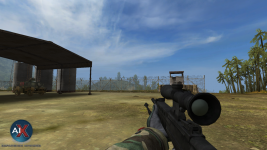 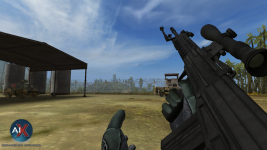 In v0.4, there would be some 'battle rifles' as unlock weapons of Assault soldiers.
G3 SG/1 and QBU-88 plays a role as a counterpart of M14 EBR.
These weapons are more strong than 5.56mm rifles and they got 4x scopes. Therefore, they are optimized for extra range.
QBU-88 now can fire full-automatic with its 20 rounds magazine. 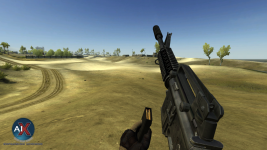 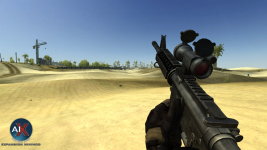 BF2 already has M4A1, but SuzukiWYS modified the model and the skin for a better look.
This M4A1 has two variations, and both of them would appear in the game as SpecOps' handheld weapons.


We are going to put better shader on the next version of the mod.
It would give the players the stronger effect when they are close to explosion.
As you can see on the screenshots, corners of your view range goes dark. 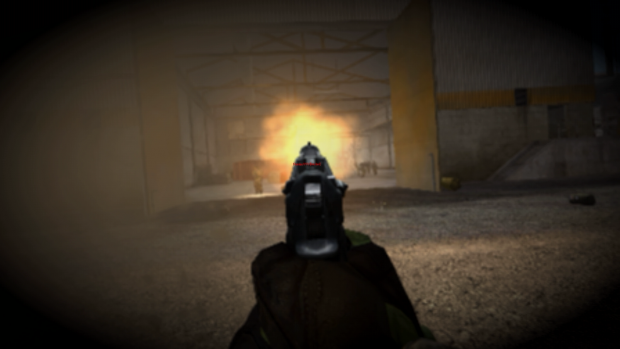 Also, this screenshot below describes when the player is very close to his death.
As the soldier's health points drops to certain amount, your view goes different. 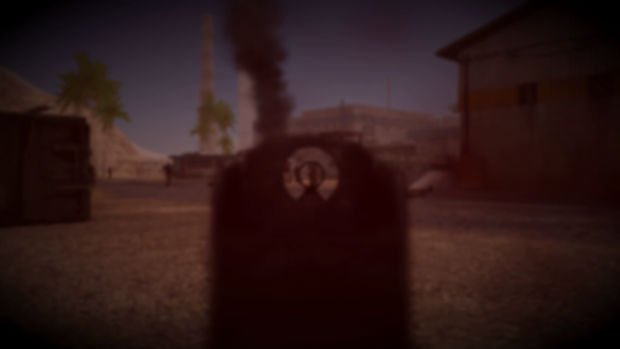 We referred to the great shaders from FH2 mod, and Vignette effect that we are using is made by Remdul from Forgotten Hope 2 mod. Special thanks to him.

So that's about it.
As the release of v0.4 gets closer, we might announce details of it that would make you excited, for sure.

I'd be cool if you'd bring back the mortar. Also, nobody plays this online, so please enable SP leveling or always unlock weapon kits for SP/LAN.

AIX2 Expantion is FOREVER! I JUST THIS PLAY! :D

Unlock weapons? How does that work?

Played BF2 when it was released...Played it OUT. Then AIX comes out..still play that with friends to this day, Now I tried this minimod and its like a WHOLE NEW GAME.

Its VERY good, The Omaha Beach map with AI is worth the DL alone, and the other few maps I have tried are all very fun.

Only real problem I have is bullet dispersion. Its just SO damn crappy. If you Prone out with a SAW, the bullets spray around like buckshot. That needs to be fixed. The support roles should get a huge bonus if prone (bipod support MG) And dispersion should be minimal. Its seriously takes the fun out of the support class, As even trying to attempt to engage a target >10 yards is futile.

Very solid, I would like to know if there is a "handbook" or read me to figure out how to do these unlocks.