We provide some bugfixes, better balance, and new features.
The original AIX2 aims at the pursuit of singleplayer gameplay; the main goal of this minimod is to expand the gameplay of multiplayer. 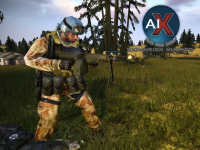 Welcome back to AIX2 ExMM. Here it is, v0.41 is out today on ModDB!
It's not really a big update (as you can see the version number indicates) but we hope you enjoy playing this. 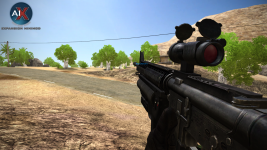 Not only a US medic can have a M16A4 rifle but also US assault solder finally has M16A4 (with M320 UGL!) in the new version! 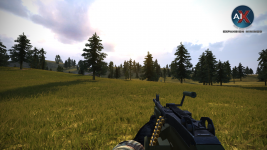 Here's another kind of M249 - it's Canadian!
Looking good with its OD color and M4-like stock, this gun is going to be held by UN support solder.

... Well, it's no surprise since we did announce about these two in the last news. 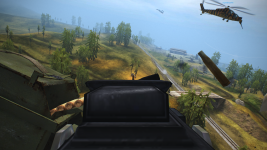 Machineguns on vehicles now have an ironsight. This works just by right click when you are mounted on the MG. Almost every machinegun on vehicle such as jeeps, tanks, transport choppers and boats have this function. 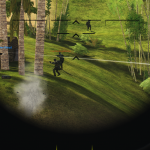 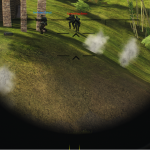 All handheld weapons now have a little indicator below ironsight (or scope circle) to help you acquire a better accuracy. It'll appear only when ADS (aim down sight).

AAAAAAAAAAAND we seriously are working on a project that is going to appear in the future update. We can't say what it is or what it is like, but once it's out, you all are gonna love it.

We'll see you on the battlefield!
... Or in the next news!

No news is no good news... We are going to post something here.

Here is a bugfix v0.4c. This fixed critical problems.

A new announcement from MiniMOD Dev team, and a short video clip.

This is an AIX2 Expansion MiniMOD v0.41 server file. This files are suited for Windows only. For linux users, you must change format of 'scoringCommon.py...

This is an AIX2 Expansion MiniMOD v0.4c server file. This files are suited for Windows

Keeps crashing upon launch, after logging into bf2hub. Worked fine for several days. Any advice would be great.

i think this mod only for singleplayer

Operartion Chromite does not work i need help

You need to edit the Init.con in order to make the map work.

You must delete the old version AIX2 Expansion MiniMOD v0.4c

Gentlemen please some new news of the mod is beautiful I swear to you and I would give my money so please continue update it complete it really revive the game now more than ever the maps are incredible please I ask you to update why I do not enter the game appears missing the maplist.with some solution even so update it so you do not have this problem please.

I seem to be getting a weird freeze whenever I try to start a map. It loads all the way but when I click "join game", it shows a part of the environment and just hands there. Like it's supposed to bring you to the spawn menu, but just sits there. No errors, no crashes.

When I edit the advanced settings in BF2SPCC, the /db/serversettings file has the number 4 inserted into the 'password' field;

The game constantly crashes at 'connecting to server'